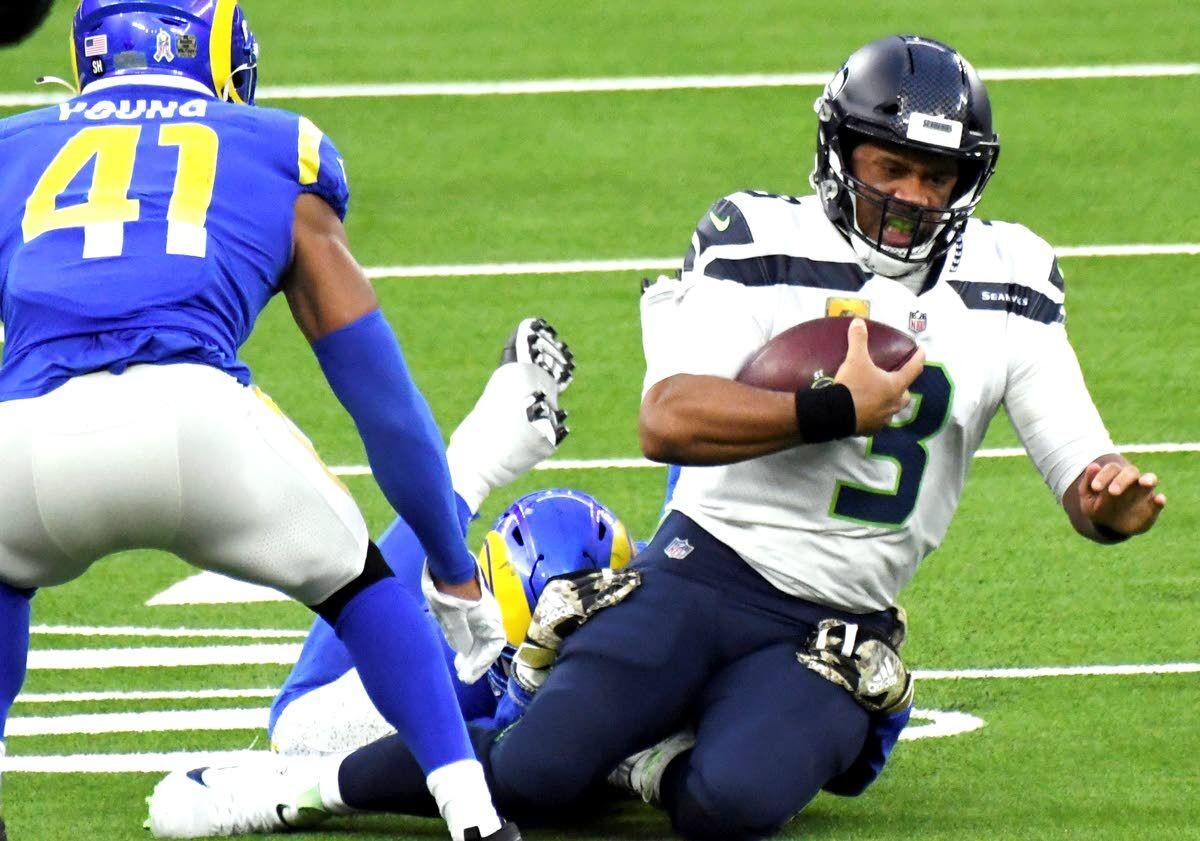 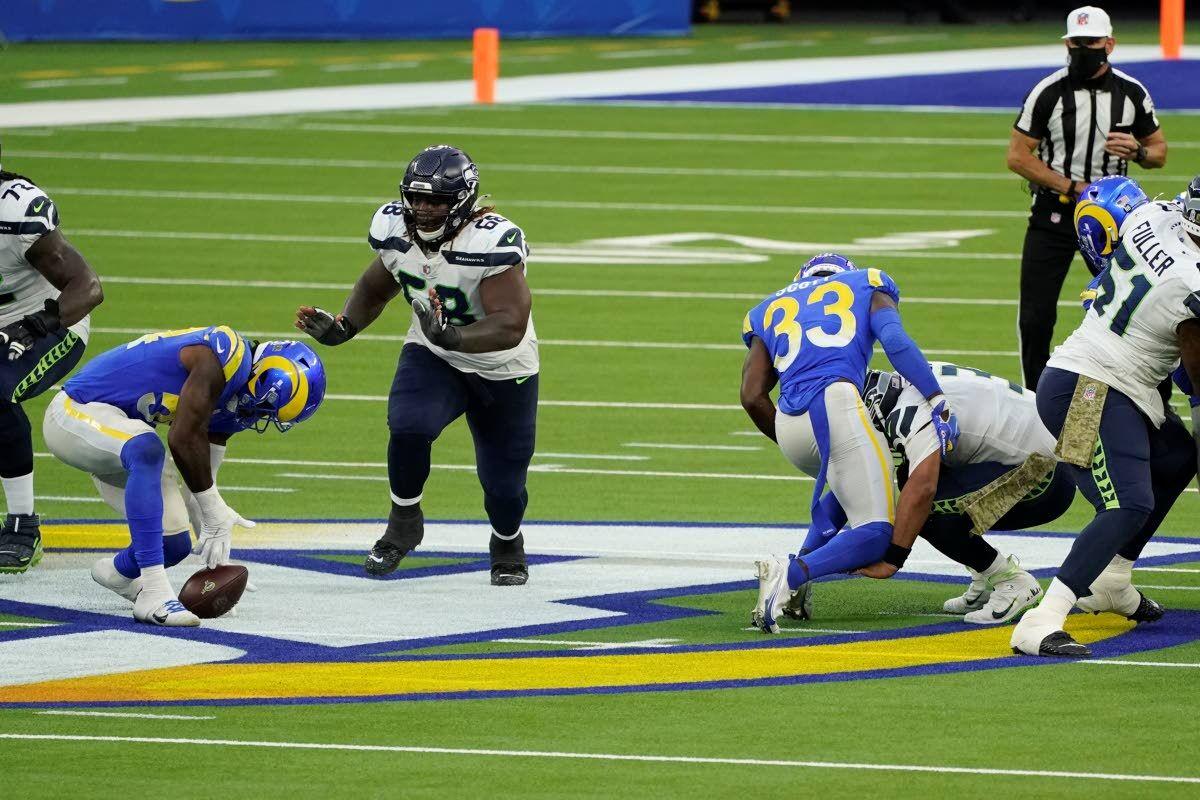 Seattle Seahawks quarterback Russell Wilson, right, fumbles the ball as he is tackled by Los Angeles Rams safety Nick Scott during the second half of an NFL football game Sunday, Nov. 15, 2020, in Inglewood, Calif. The Rams' Leonard Floyd, at left, recovered the ball after the fumble. (AP Photo/Ashley Landis)

Seattle Seahawks quarterback Russell Wilson, right, fumbles the ball as he is tackled by Los Angeles Rams safety Nick Scott during the second half of an NFL football game Sunday, Nov. 15, 2020, in Inglewood, Calif. The Rams' Leonard Floyd, at left, recovered the ball after the fumble. (AP Photo/Ashley Landis)

RENTON, Wash. — With all the yards and touchdowns he’s thrown for this season, Seattle’s Russell Wilson has been more exposed as a passer than at any other point in his career.

For the first five games, the Seahawks offensive line was exceptional at keeping Wilson protected enough for Seattle’s quarterback to get off to one of the best starts in league history.

But since a Week 7 loss to Arizona, Wilson has been under increasing pressure. He’s been sacked 15 times in the previous four games, including 11 in the past two weeks. The six sacks last week by the Los Angeles Rams were the most of Wilson since last season against Philadelphia.

Now, here come the Cardinals again on Thursday, with their array of unique blitzes that caused confusion and problems the first time the teams met.

Wilson was sacked only twice by the Cardinals in their first meeting and threw for 388 yards and three touchdowns in the 37-34 overtime loss. But he was hit nine times by Arizona, starting a stretch where Wilson continually has been under duress and struggled to protect the ball. He’s been responsible for 10 turnovers in the past four games, beginning with three interceptions against Arizona.

Arizona’s success getting to Wilson didn’t come until the second half and overtime when a variety of different blitz packages and coverages seemed to catch Seattle off guard.

“They do a great job of mixing all the different guys who pressure and they change their packages so much. ... They’re one of the best in football,” Wilson said. “And to be honest with you, I think (defensive coordinator) Vance (Joseph) is one of the best coaches in the game in terms of how he does his pressure packages and all that stuff. I think for us it’s just diagnosing it, being clear, being on the same page, communication wise. I think that’s kind of what happened to us last time.”

Continuity would help Seattle’s protection of Wilson, and that’s been lacking in recent weeks. The Seahawks have been without running backs Chris Carson and Carlos Hyde, both solid in pass protection. Left guard Mike Iupati has been in and out of lineup, and center Ethan Pocic missed last week with a concussion.

Offensive coordinator Brian Schottenheimer said they know there will be more pressures coming against the Cardinals.

“People see a blitz, and they’re like, ‘That’s pretty cool, they got a free runner on the quarterback, let’s take a look at that one,’” Schottenheimer said. “So you do see some teams repeating things that maybe we haven’t handled really well. But it ultimately comes down to the protection unit just working together, making the calls, communicating things really well, and that’s where we’ve been up and down.”

NOTES — Hyde (hamstring) was a full participant in practice Tuesday, indicating he should be able to go against the Cardinals after missing three games. Carson (foot) was listed as limited. ... Receiver Tyler Lockett (knee) did not practice for a second consecutive day.