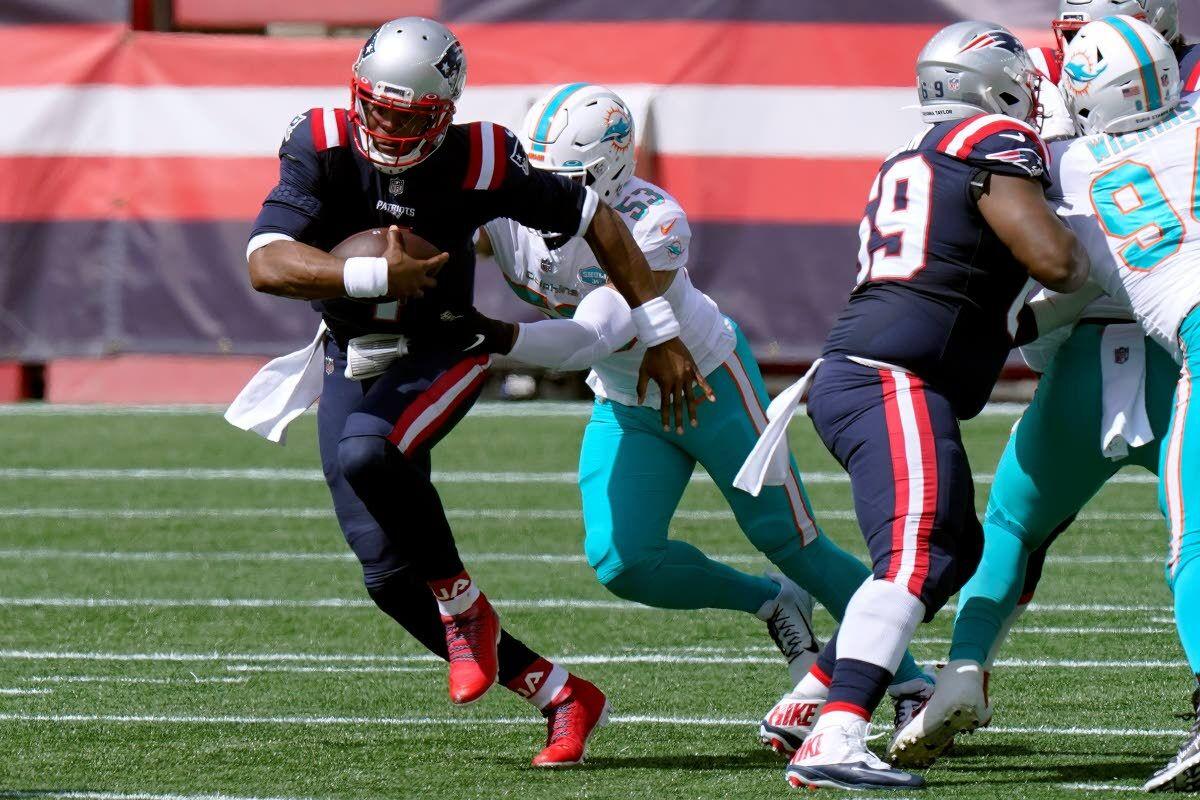 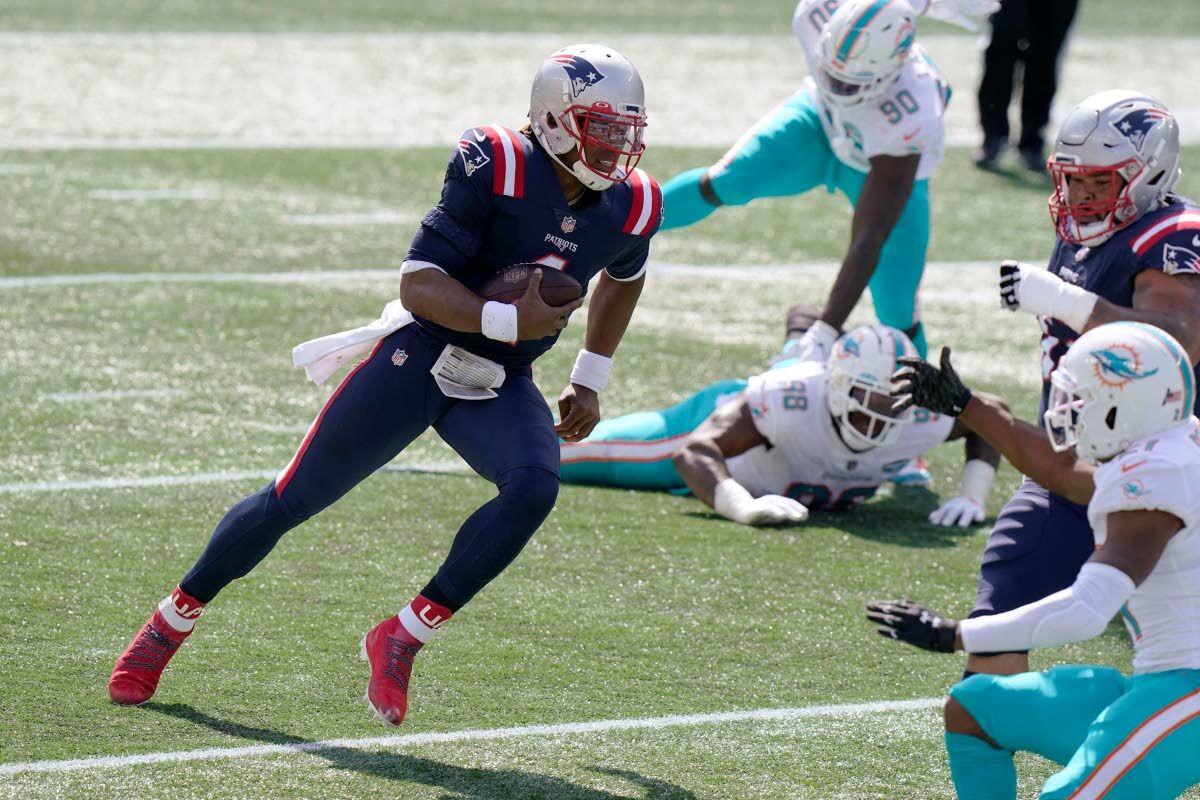 New England Patriots quarterback Cam Newton runs for a touchdown against the Miami Dolphins in the first half of an NFL football game, Sunday, Sept. 13, 2020, in Foxborough, Mass. (AP Photo/Steven Senne) 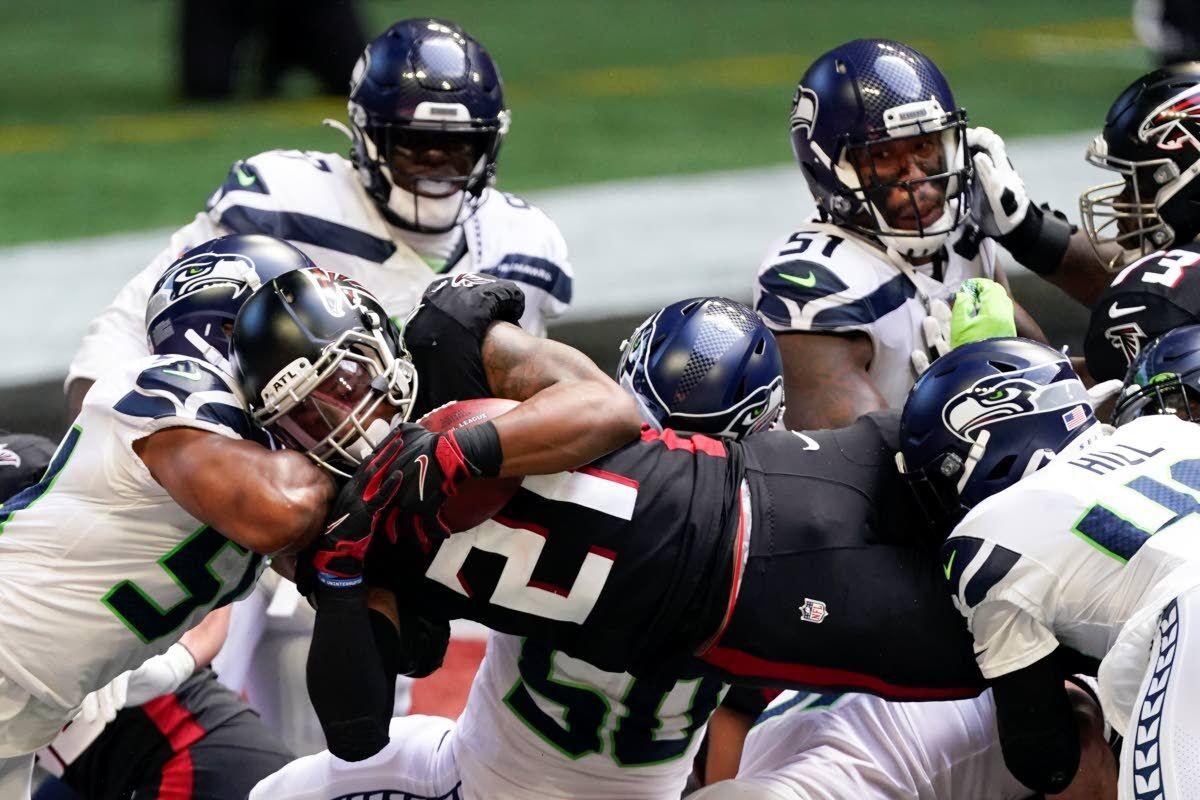 Atlanta Falcons running back Todd Gurley (21) runs into the end zone for a touchdown against the Seattle Seahawks during the first half of an NFL football game, Sunday, Sept. 13, 2020, in Atlanta. (AP Photo/John Bazemore) 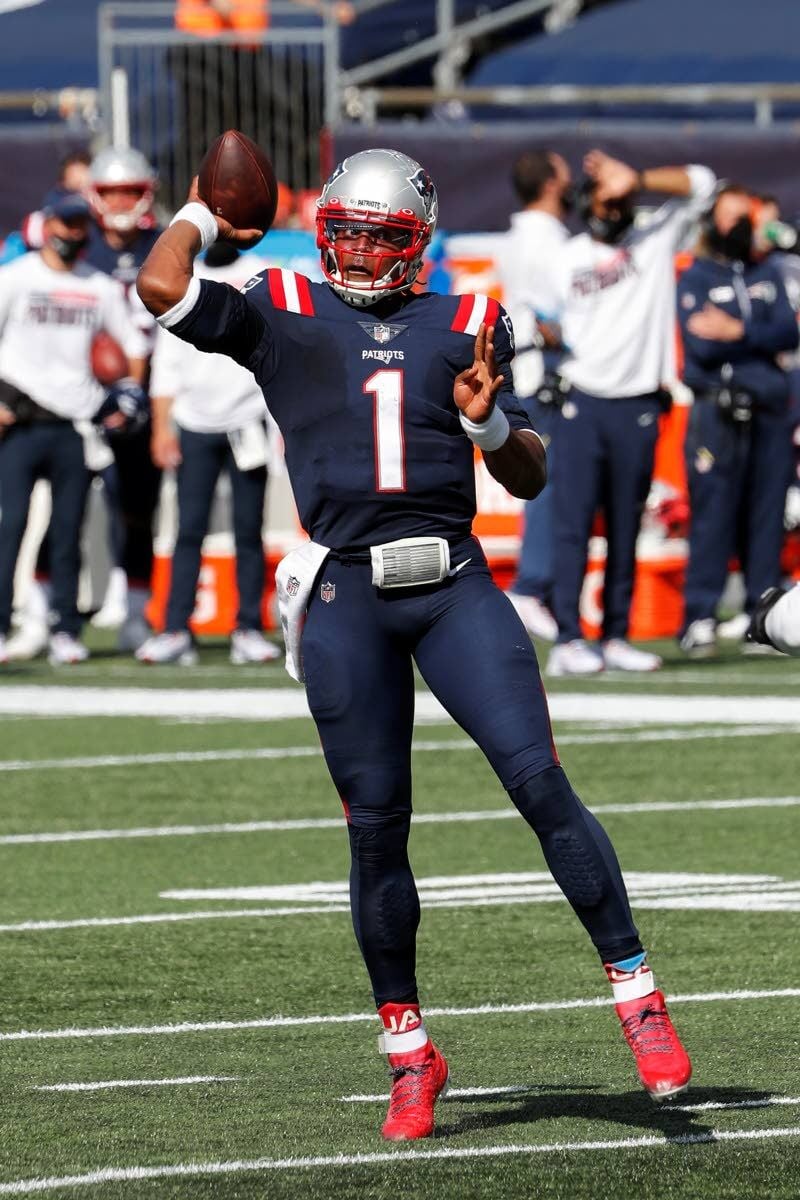 New England Patriots quarterback Cam Newton runs for a touchdown against the Miami Dolphins in the first half of an NFL football game, Sunday, Sept. 13, 2020, in Foxborough, Mass. (AP Photo/Steven Senne)

Atlanta Falcons running back Todd Gurley (21) runs into the end zone for a touchdown against the Seattle Seahawks during the first half of an NFL football game, Sunday, Sept. 13, 2020, in Atlanta. (AP Photo/John Bazemore)

RENTON, Wash. — Pete Carroll saw what happened in the season opener Sunday as New England put the ball in the hands of new quarterback Cam Newton and he ran all over the Miami Dolphins.

It left the Seattle Seahawks coach wondering what to believe. Is Newton back to being a dynamic runner and Seattle should plan for another 15 carries from the quarterback during the Seahawks’ home opener this Sunday? Or was it a one-game mirage?

“We’ve got to see what they do this time around. There’s not enough games for us in their new thinking to know what to expect here,” Carroll said Wednesday. “We’ll have to adapt at game time.”

Seattle’s history with Newton goes back to 2012. He faced off against the Seahawks eight times when he was with Carolina, including a couple of meetings in the playoffs. For a while, it seemed the Seahawks and Panthers were annual opponents.

That led to a lot of familiarity, which all seems to be out the window now with Newton in New England and in a new system.

“I don’t think people understand, we played Seattle in Carolina like they were a division game,” Newton said. “We played them a lot and if this isn’t an accurate stat but I’ll put my name on it, I think we played Seattle more than we played any other team outside of our division. It was a team that we looked forward to playing, measuring our toughness and where our team was, and this week isn’t going to be any different.”

The Seahawks understand slowing down New England means trying to keep Newton in check. But with only one game of film, Seattle doesn’t know if it should prepare for a run-heavy New England offense that saw Newton score a pair of rushing touchdowns against Miami, or if Newton’s arm is going to be unleashed against a Seahawks pass defense that allowed 450 yards to Atlanta’s Matt Ryan last week.

“You definitely have to approach it with fresh eyes,” Seattle linebacker Bobby Wagner said. “We have a lot of history with playing Cam. We understand the type of runs that they want to implement with Cam. We also understand that the Patriots have a history — they can run the ball 42 times one game and in the next game, throw it 42 times. I feel like they’re confident in Cam’s ability to throw the ball as well. So we’ve got to be prepared for everything.”

Newton’s 15 runs were the second-most in a regular season game in his career. But he’s never carried the ball that much in his eight previous games against Seattle, the most coming in 2014 when he rushed 12 times for 24 yards.

His best overall game against Seattle might have come in 2018 when he rushed for 63 yards and completed 25 of 30 passes for 256 yards and two touchdowns.

“We have to go into this game with a wide open look. Almost like a first game,” Carroll said. “We have some information. They showed they really want to run the football, ran it 42 times in the game, which is a great commitment. But we don’t know. We’ll see.”