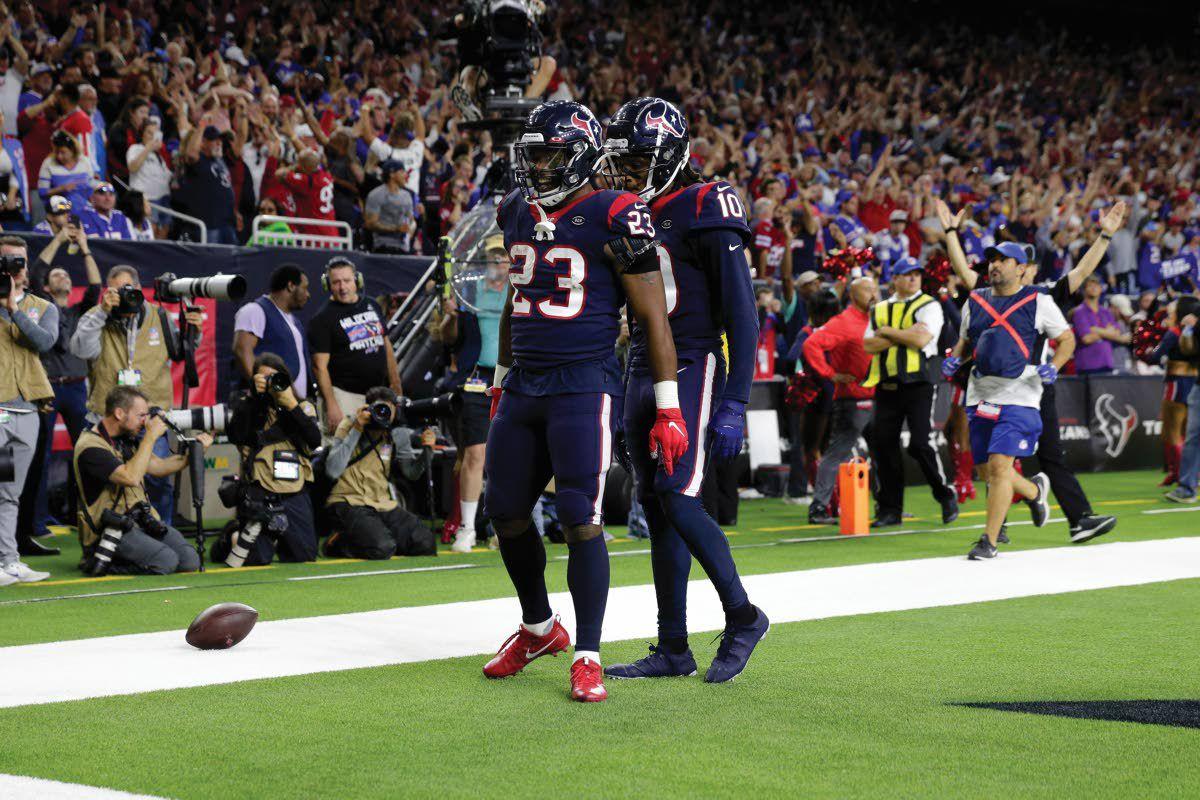 Associated PressFormer Houston running back Carlos Hyde (center) celebrates with DeAndre Hopkins after scoring a touchdown during the second half of an AFC wild-card playoff game against Buffalo in January. Hyde has agreed to a one-year deal to play for the Seattle Seahawks in the 2020 season. 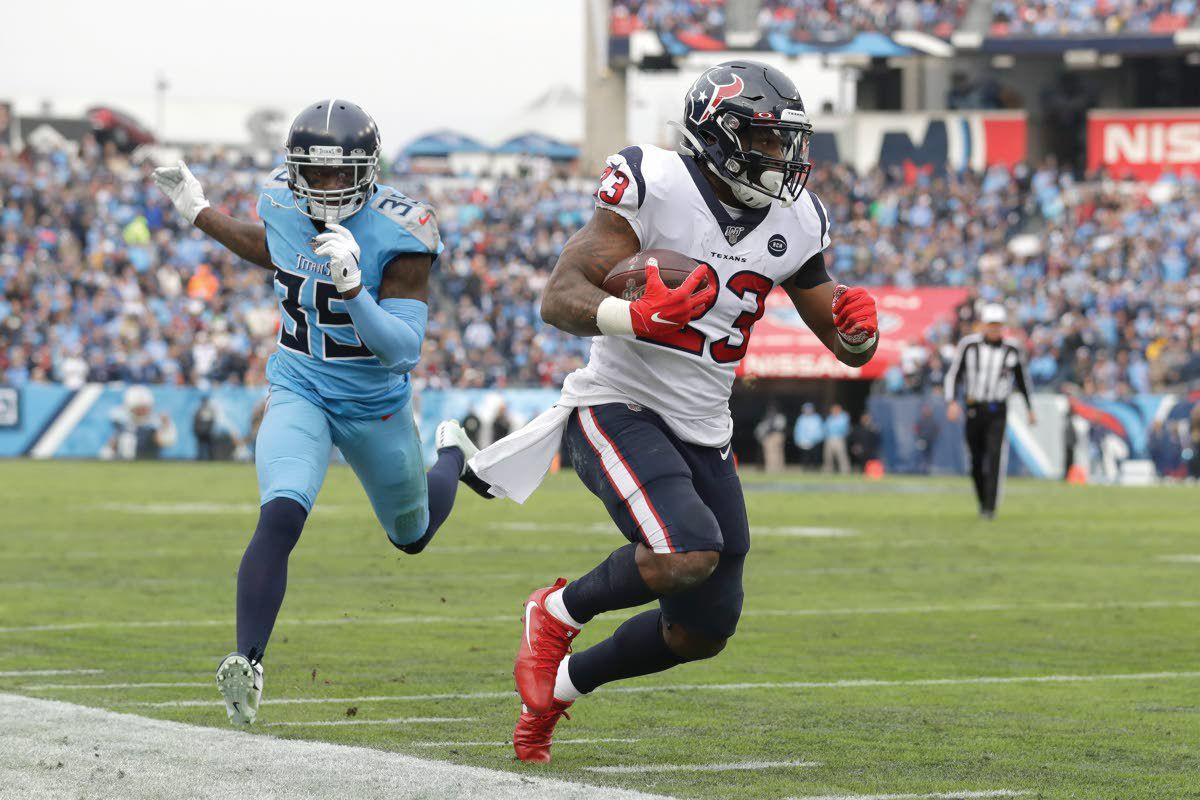 Associated PressFormer Houston running back Carlos Hyde (center) celebrates with DeAndre Hopkins after scoring a touchdown during the second half of an AFC wild-card playoff game against Buffalo in January. Hyde has agreed to a one-year deal to play for the Seattle Seahawks in the 2020 season.

SEATTLE — The Seattle Seahawks’ pursuit of a veteran running back to add depth at a position that last year was decimated by injuries ended Friday as the team agreed to a one-year deal with free agent Carlos Hyde, who gained 1,070 yards during a resurgent 2019 season with the Houston Texans.

The news of Hyde’s signing was first reported by the NFL Network, and it came after a source said the team was zeroing in on Hyde after contract talks stalled with longtime Atlanta Falcons standout Devonta Freeman.

The NFL Network reported that the 6-foot, 229-pound Hyde will get a deal similar to what Seattle had been offering Freeman — a one-year contract worth up to $4 million, but likely also including some significant playing time incentives to get the entire amount.

That Seattle had made an offer of $4 million to Freeman was first reported Wednesday as it became clear the Seahawks were getting serious about adding a veteran running back before the end of the team’s offseason training program.

But Freeman — who in 2017 signed a contract with Atlanta that guaranteed him more than $22 million before being released earlier this year — wanted more.

Last season, Hyde made $2.8 million with Houston, playing in all 16 games as well as two playoff games, after spending the 2018 season with Cleveland and Jacksonville.

Hyde, who played for the San Francisco 49ers from 2014-17, gained just 571 yards on 172 carries in 2018 for a 3.3-yard per carry average before looking like his old self again last season after joining the Texans and averaging 4.4 per carry — the same as Chris Carson did for the Seahawks.

Hyde will turn 30 on Sept. 20 and has played for four teams in the past three years after initially being drafted by the 49ers in the second round out of Ohio State in 2014.

Hyde’s bounce-back season last year helped Houston win the AFC South and then advance to the divisional round of the playoffs.

The Seahawks still intend on Carson to be one of their primary offensive weapons in 2020, one reason why they didn’t want to pay too much for Freeman.

But after the merry-go-round of the end of last season and some uncertainty about the health of key players entering 2020, Seattle made it known it wanted to beef up the position some, especially given the running game’s importance in the team’s offense — the Seahawks were fourth in the league last year in rushing yards per game at 137.5.

Carson has been a workhorse in rushing for more than 1,000 yards each of the past two years and Seattle still will pencil him into the top spot on the depth chart when camp begins.

But Carson has battled some significant injuries in his Seattle career, including suffering a fractured hip Dec. 22 that sidelined him for the final regular-season game and the playoffs. Carson is expected to be fully recovered by the time the regular season rolls around, but he might not do much in training camp.

Penny suffered a knee injury that included an ACL tear and other damage in a game against the Rams on Dec. 8 and he is likely to start the year on the physically unable to perform list. It was Penny’s injury that first dealt a significant blow to a Seattle running game that sputtered down the stretch.

If Penny were to remain on the PUP list when the regular season begins, he would have to sit out the first six games of the season, and general manager John Schneider said in a recent interview it would be hard for Penny to be ready for the start of the season.

Hyde’s history means he projects more as an early down running back, but he did catch 59 passes in 2017 so he would have some ability to handle the third-down/two-minute role if needed.