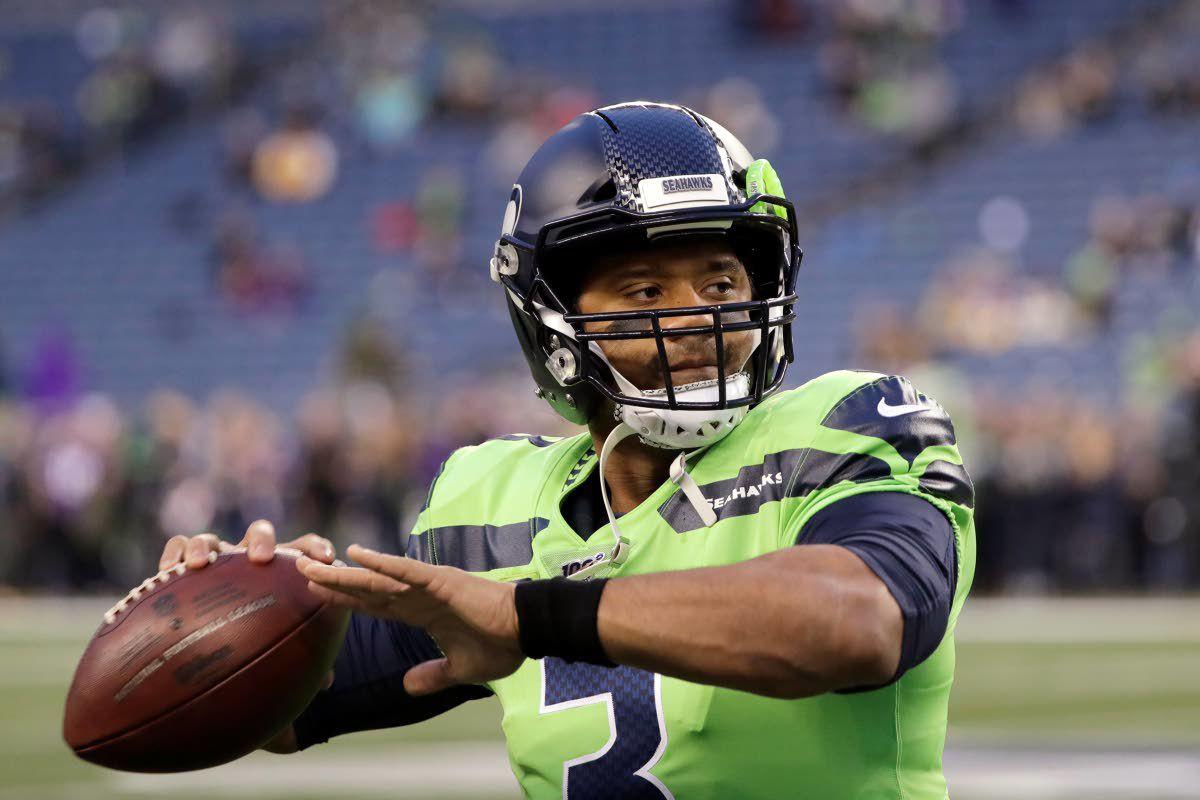 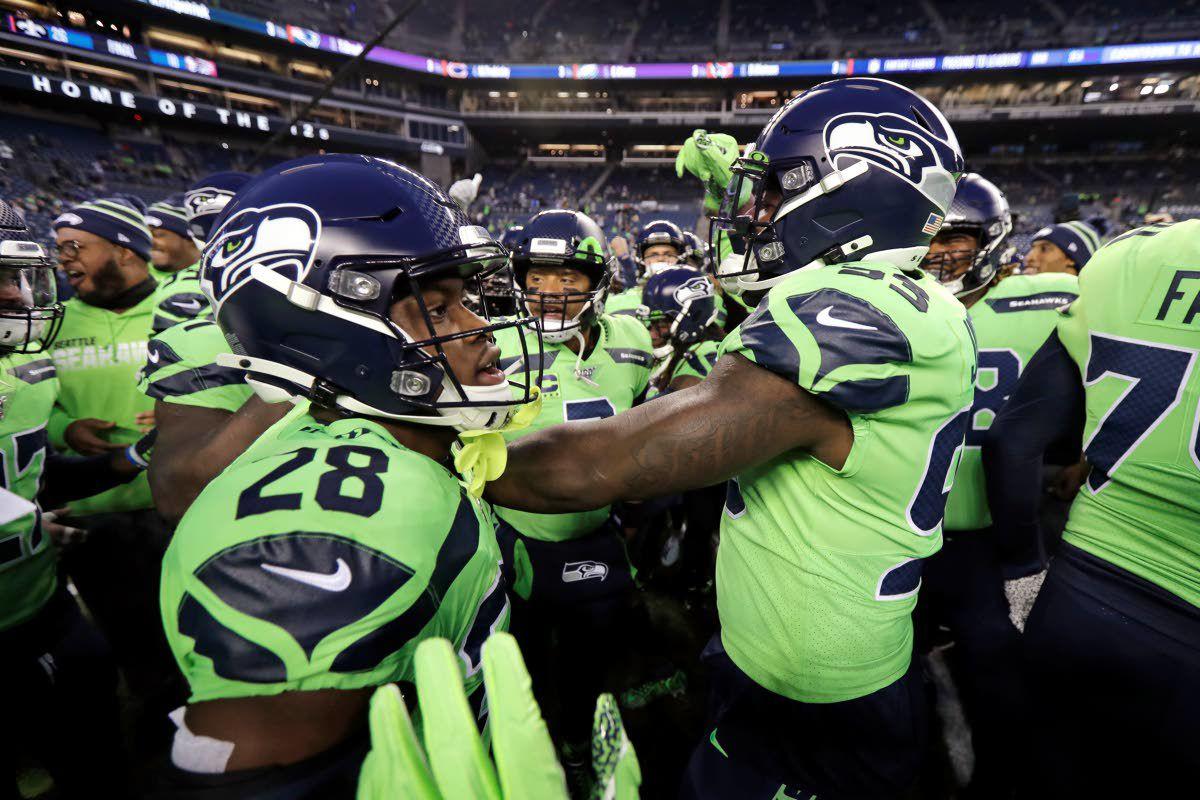 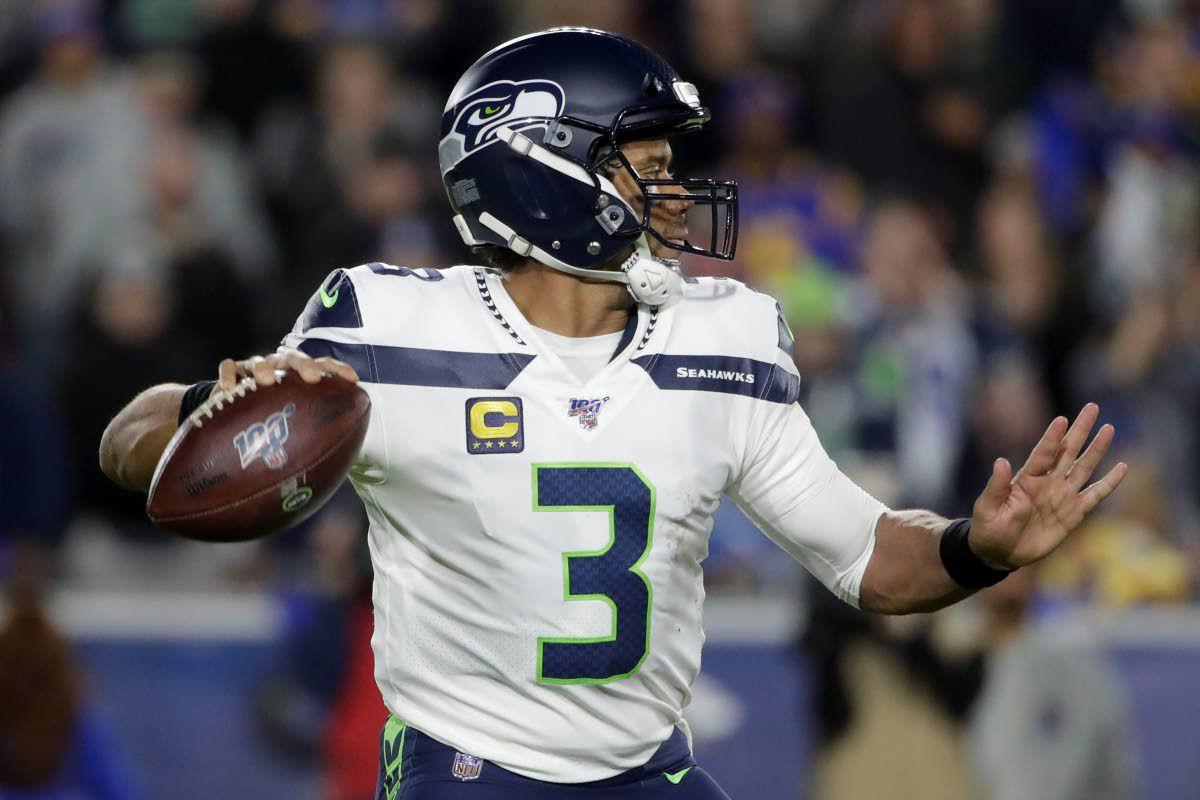 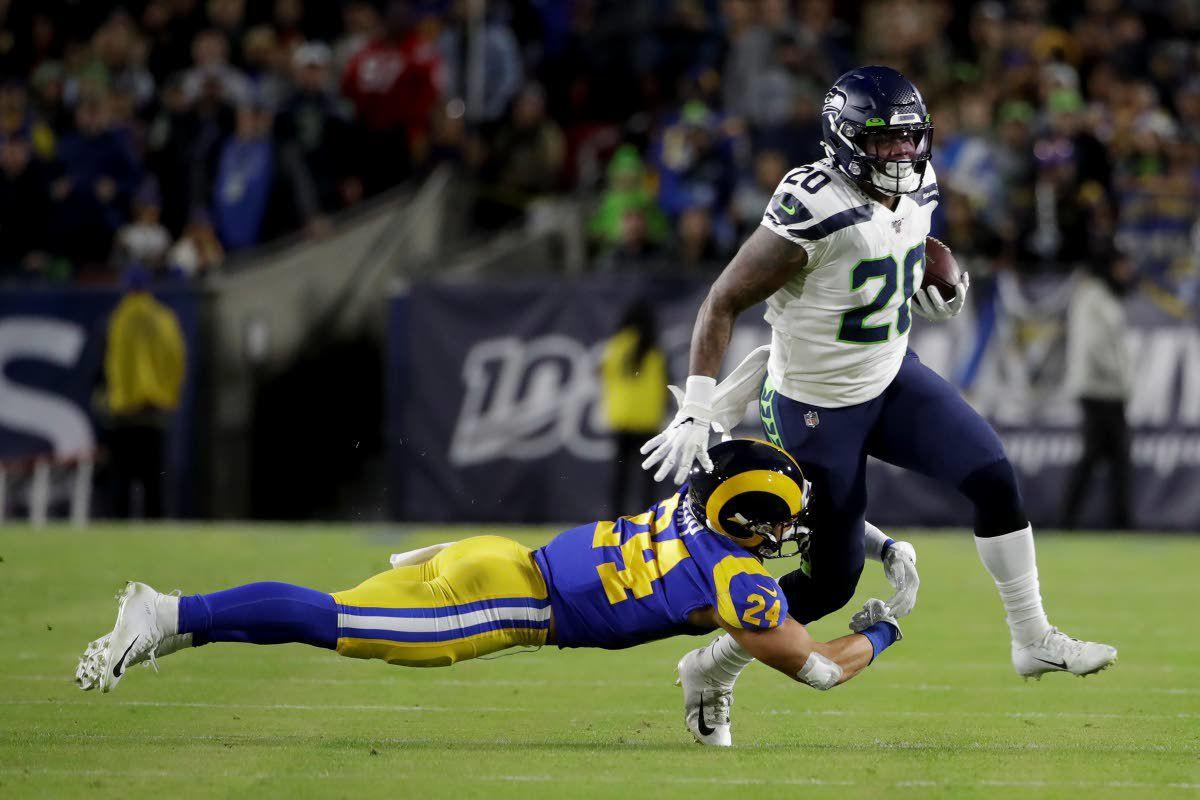 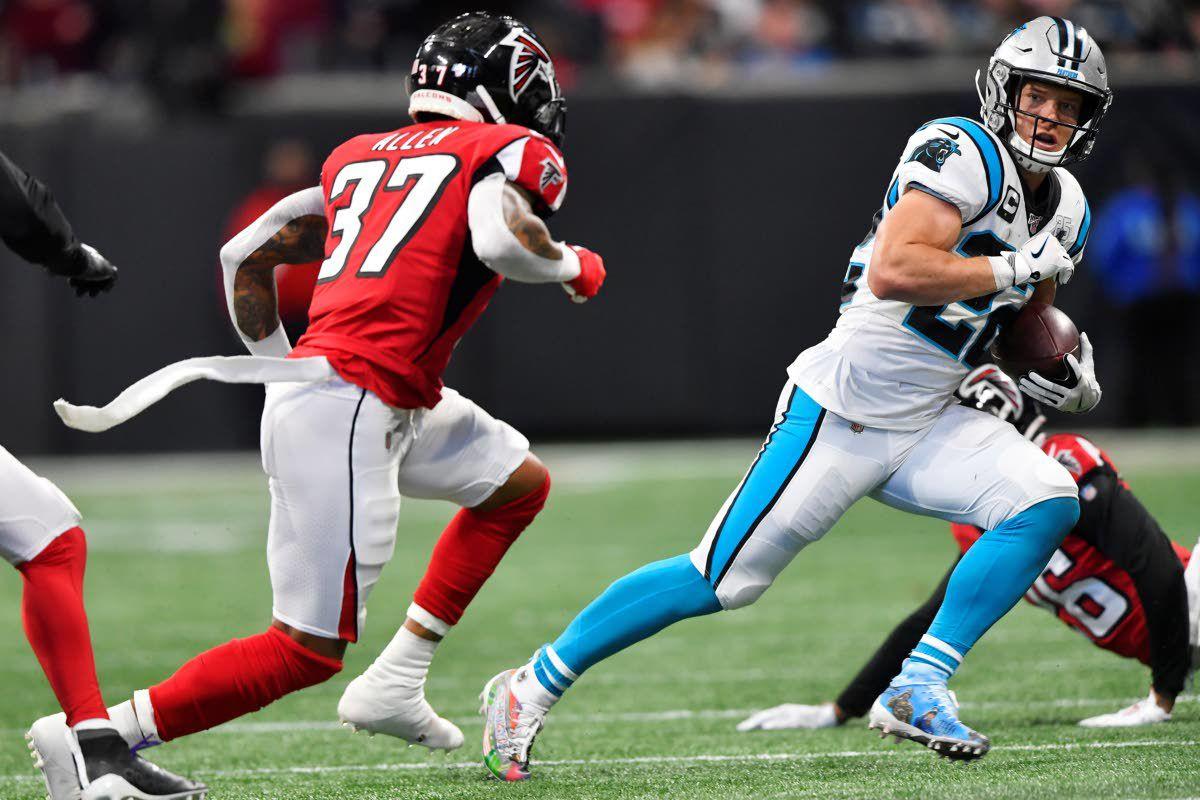 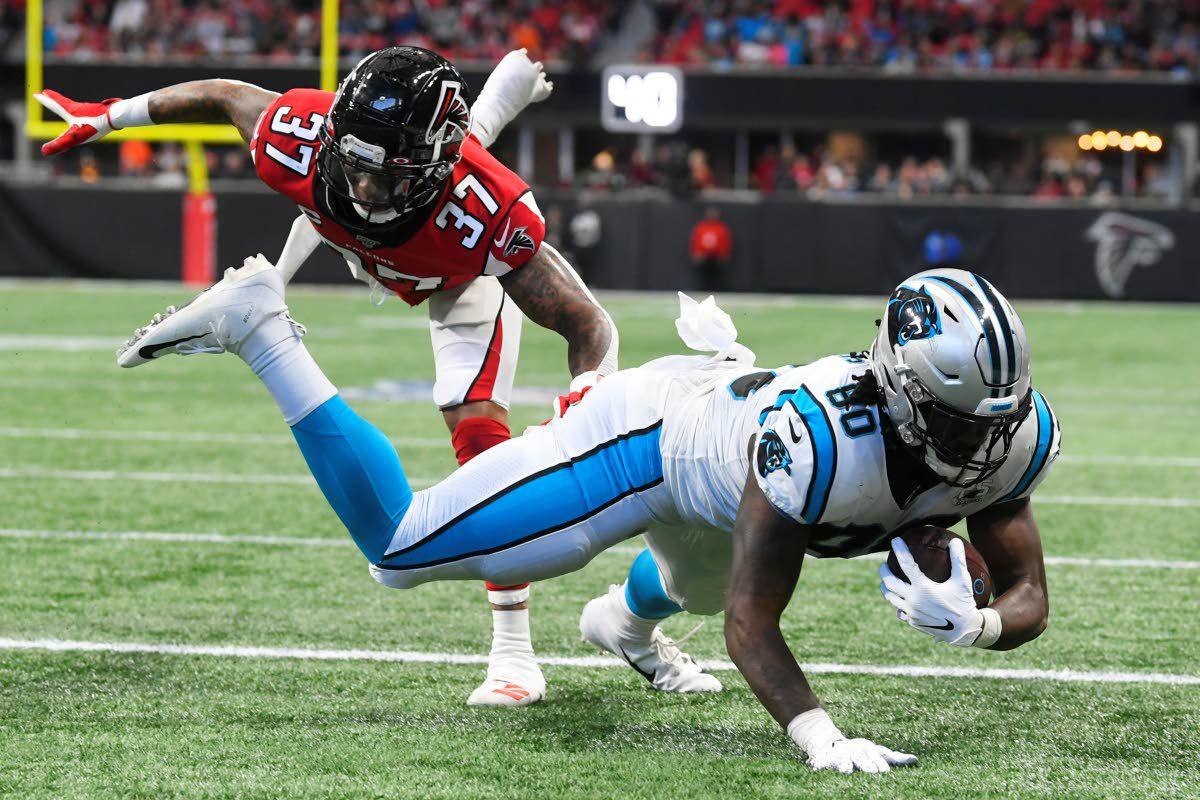 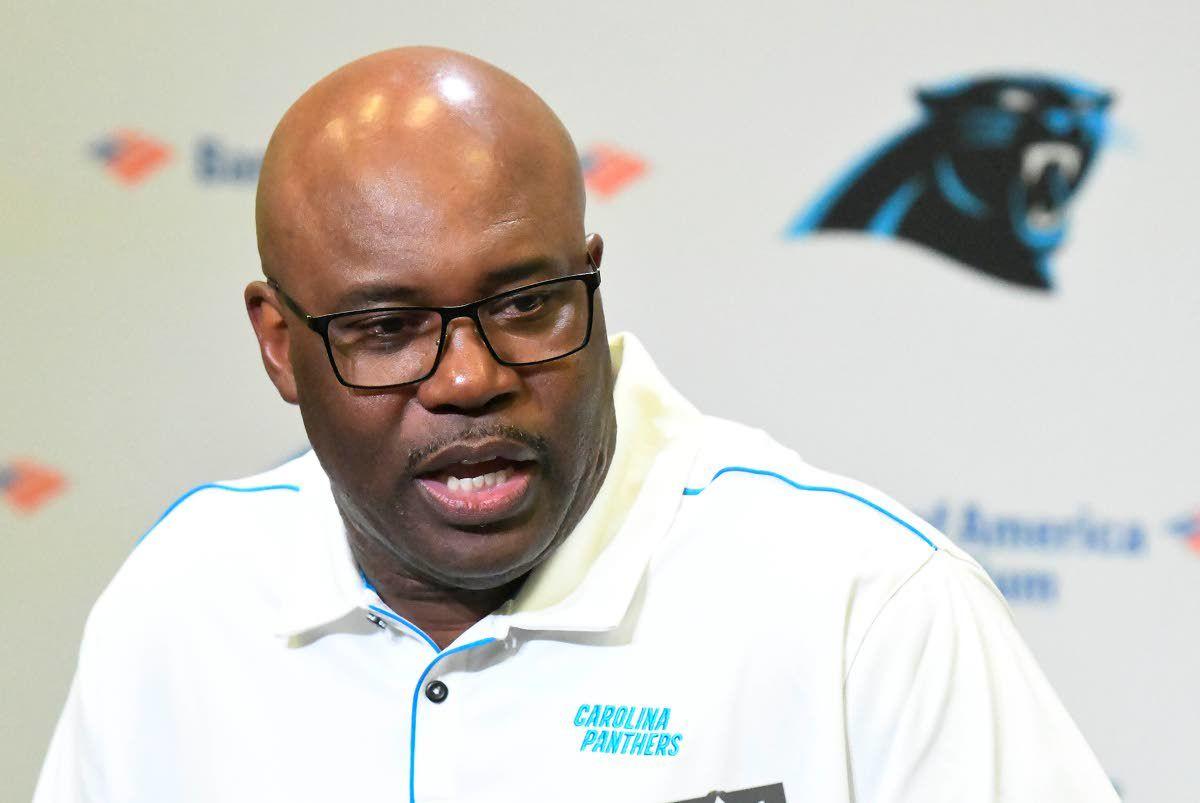 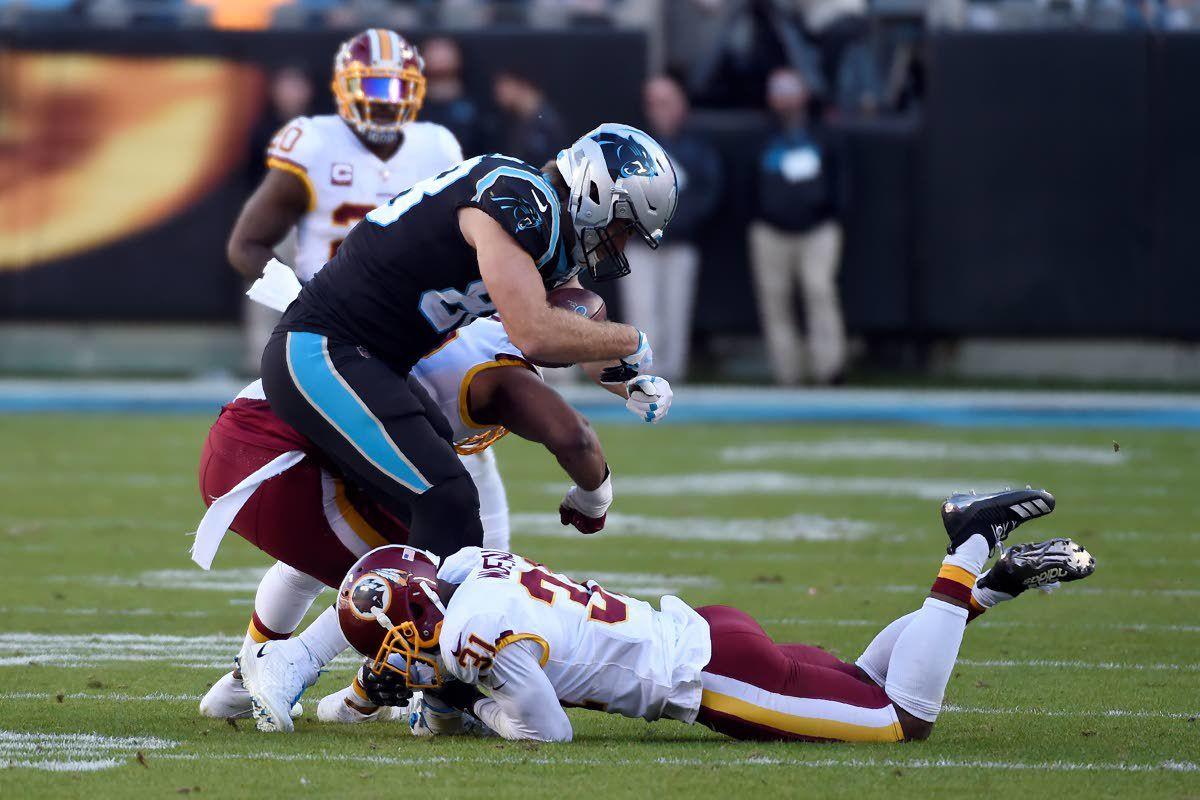 Carolina Panthers tight end Greg Olsen is hit by Washington Redskins linebacker Ryan Anderson, rear, and cornerback Fabian Moreau (31) during the second half of an NFL football game in Charlotte, N.C., Sunday, Dec. 1, 2019. Olsen was injured on the play, Anderson was disqualified for the remainder of the game. (AP Photo/Mike McCarn) 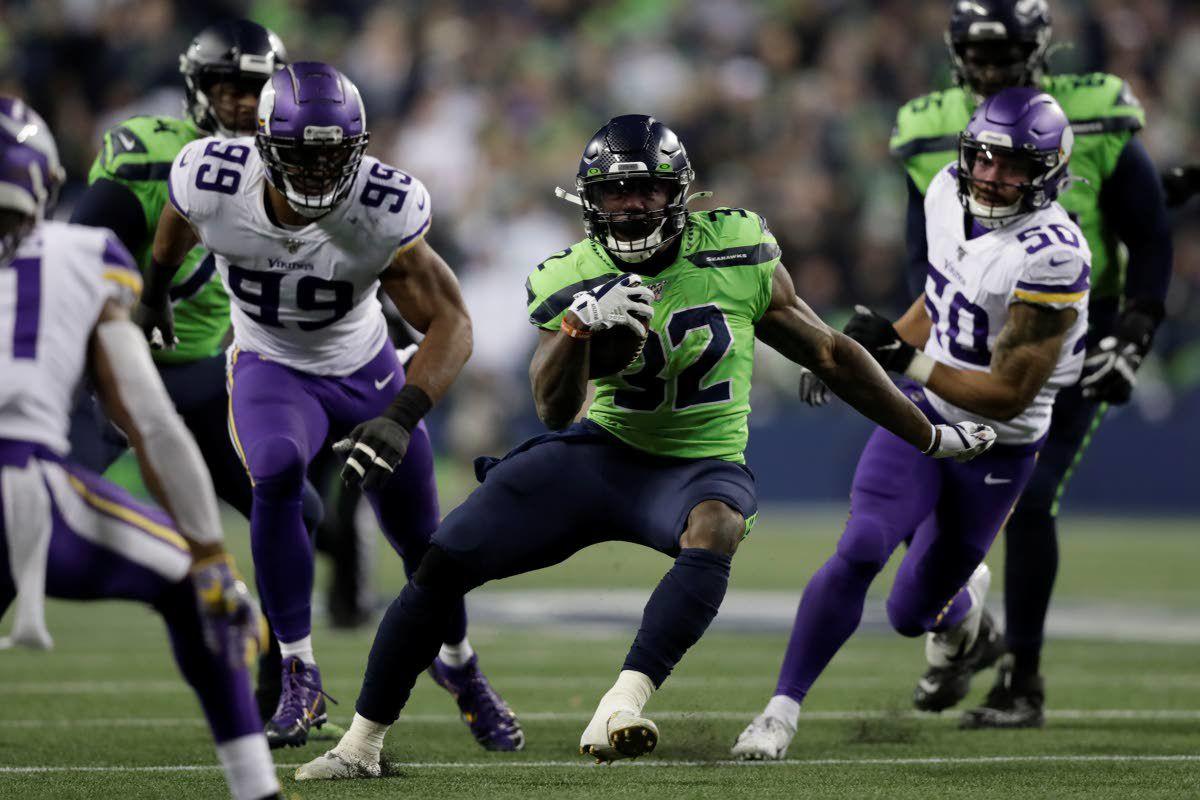 Carolina Panthers tight end Greg Olsen is hit by Washington Redskins linebacker Ryan Anderson, rear, and cornerback Fabian Moreau (31) during the second half of an NFL football game in Charlotte, N.C., Sunday, Dec. 1, 2019. Olsen was injured on the play, Anderson was disqualified for the remainder of the game. (AP Photo/Mike McCarn)

CHARLOTTE, N.C. — Not too long ago, the Carolina Panthers viewed the Seattle Seahawks as their biggest rivals in the NFC.

Now, the franchises are headed in opposite directions.

While the Seahawks have posted eight consecutive winning seasons under coach Pete Carroll, the Panthers have been inconsistent. Coach Ron Rivera was fired last week.

The Seahawks (10-3) will try to clinch a playoff berth for the seventh time in eight seasons today when they visit the Panthers. They need a victory against Carolina and a loss by the Packers, Rams or Vikings to secure a spot in the postseason.

The Panthers (5-8) have been relegated to the role of spoiler. They have dropped five in a row and will miss the playoffs for the third time in four seasons.

Rivera had talked for years about the mental hurdle of “getting over the hump” and beating the Seahawks, who dominated Carolina earlier in the decade with four straight wins. That message resonated loudest after the Seahawks beat the Panthers in the NFC divisional playoffs in 2014.

The Panthers ultimately would get over the hump, beating Seattle in the 2015 regular season and again in the divisional playoffs en route to the Super Bowl.

But while the Seahawks have remained a steady contender for the NFC title, the Panthers have fallen on hard times. They have failed to win a playoff game the past four seasons in part because of injuries to Cam Newton.

Panthers interim coach Perry Fewell said he thinks the difference, in part, is the Seahawks have been able to maintain consistency at the quarterback position with a healthy Russell Wilson.

“Their stability at the quarterback, he’s been healthy for the most part,” Fewell said. “Obviously, his leadership permeates throughout the team.”

Fewell said Wilson is playing at an “MVP level.”

“Watching him on tape, you’re saying, ‘I hope he has a bad day,’” Fewell said.

Seattle had a pretty good set of complementary running backs with Chris Carson as the primary option and Rashaad Penny as the change of pace. But Penny suffered an ACL injury on his first offensive touch Dec. 7 against the Rams.

While Carson likely will see more action going forward, there will be increased focus on C.J. Prosise and whether he can fill Penny’s role. Prosise has shown flashes during his four seasons, but his career has been defined more by nagging injuries and being inactive on game days. Prosise has played in just 23 of a possible 61 regular-season games in his four seasons.

“C.J. has always done well when you give him a chance,” Carroll said. “Now, he’ll know he’s in the game plan and all of that. I’m hoping he’ll contribute in a big way.”

Wilson’s MVP case has taken a hit in the past few weeks. After a sterling first nine games of the season, the past four have been more pedestrian.

After posting a 118.2 passer rating through the first nine games, Wilson is at just 82.7 in the past four. He has four touchdown passes and four interceptions during the stretch. While Wilson has been hampered by some drops and errors in pass protection, he also has held onto the ball too long at times. Clearly, the Seahawks would like Wilson to find that early season form.

“He could do a little bit better and we need to help him. We need to contribute,” Carroll said.

Seattle’s pass rush barely sniffed Rams quarterback Jared Goff last week. The Seahawks had zero sacks and just four quarterback hits in the loss. Seattle thought it had corrected some of the pass rush issues from earlier in the season, but the performance against the Rams was a step back.

Seattle could get some help if defensive end Ziggy Ansah plays. Ansah missed last week with a shoulder injury.

Fewell is sticking with Kyle Allen as his starting quarterback despite Carolina’s five-game losing streak. Allen has thrown 12 interceptions during that span after not throwing any in his first five career starts.

But Fewell said Allen, not third-round draft pick Will Grier, gives the Panthers the best chance to win. Allen has been taking the losses hard. He said doesn’t talk to anyone after a loss, not even his girlfriend.

“I take these losses to heart,” Allen said. “When I come home, I go shower. I go lay in my bed. I don’t do anything because this stuff means a lot to me.”

Panthers running back Christian McCaffrey is looking to join Marshall Faulk and Roger Craig as the only players in NFL history to reach 1,000 yards rushing and receiving in the same season. He needs 274 yards receiving in the final three games to join that elite club.

“I believe if they were having a winning season, he would be up for MVP consideration,” Seattle linebacker K.J. Wright said. “He still may get some votes. The dude is just super talented. Great in open space. Really good in-between the tackles, (which) he doesn’t get that much credit. He’s a good strong guy who can hit it up the seam.”