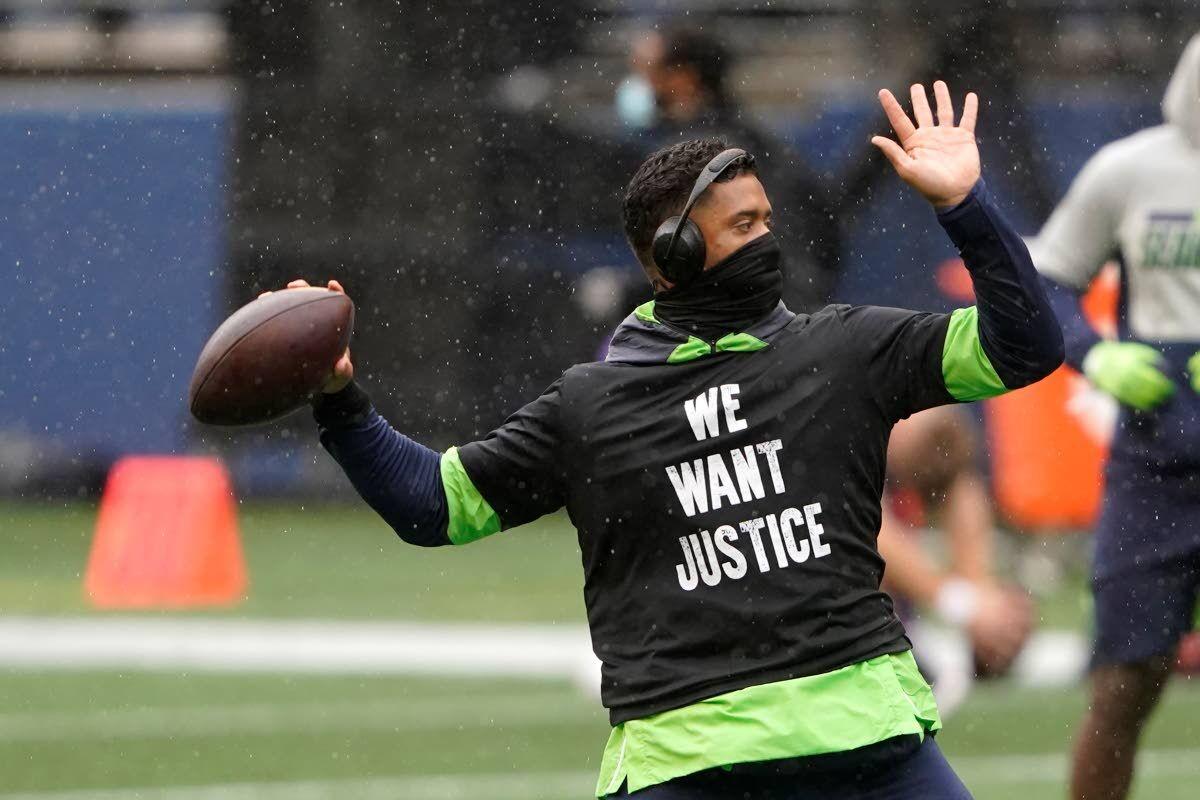 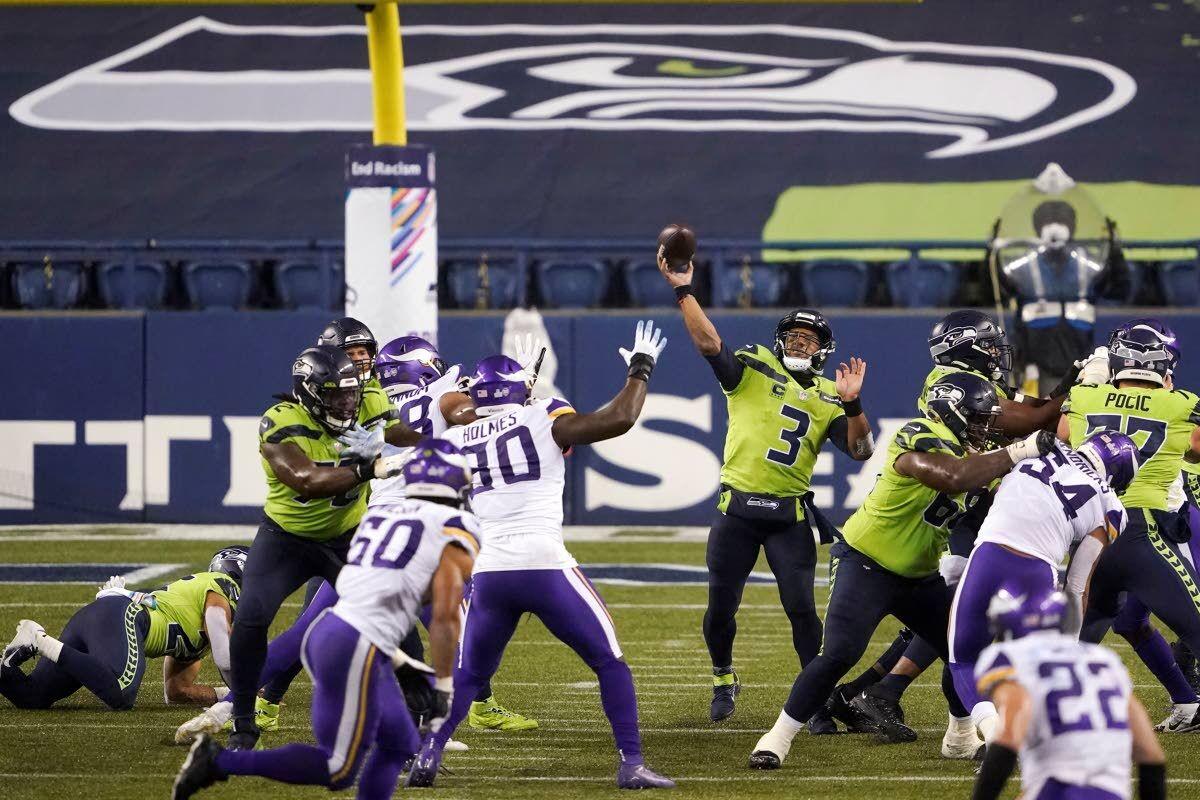 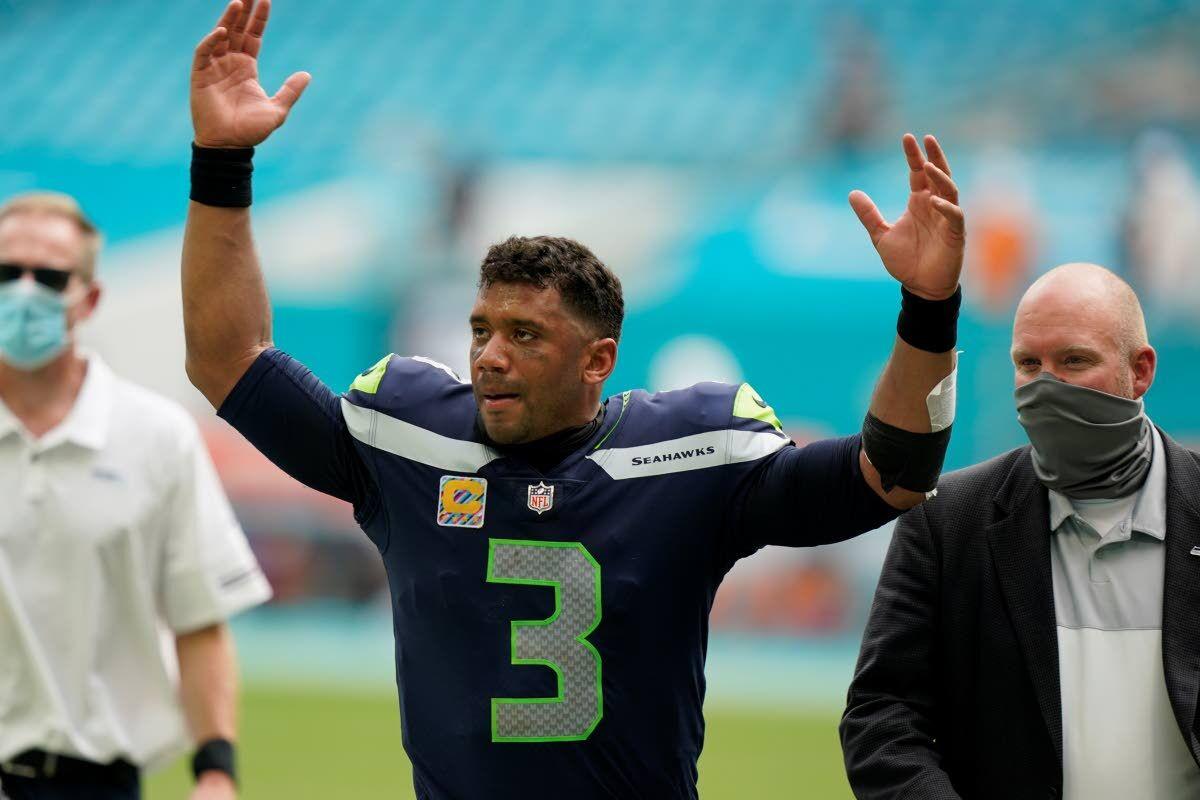 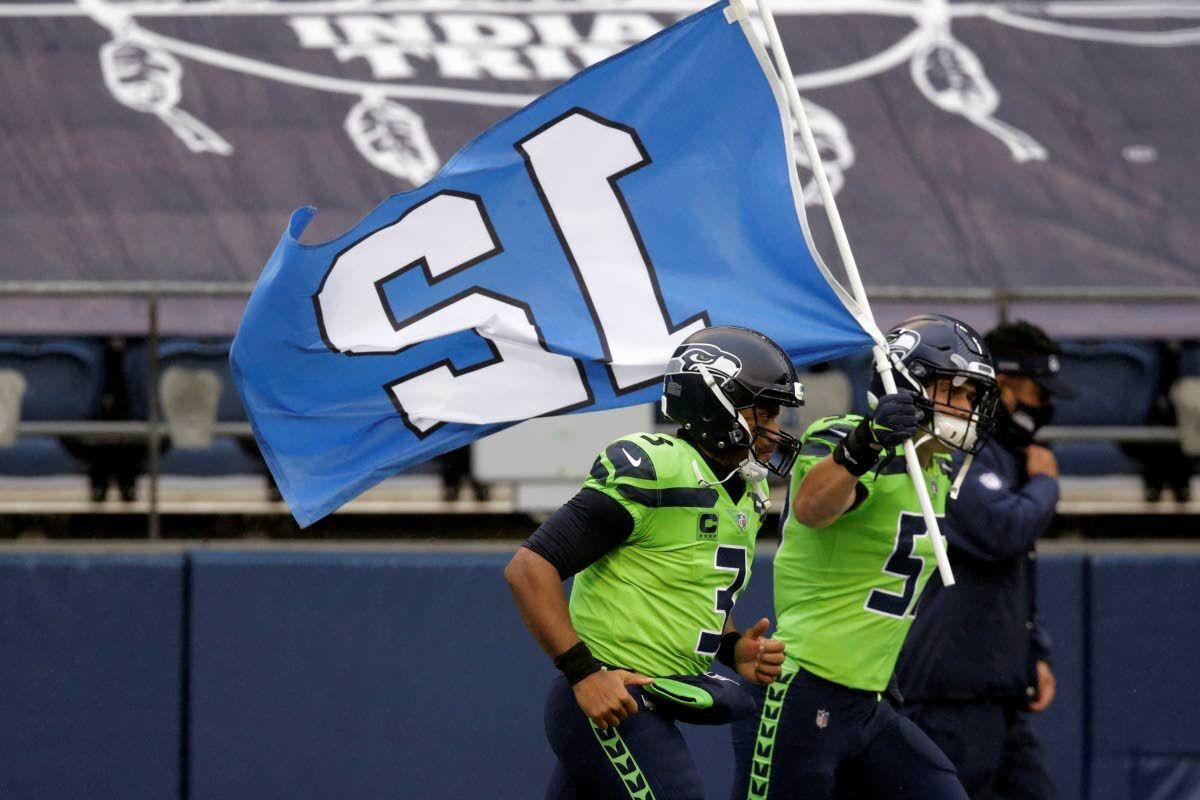 Seattle Seahawks' Cody Barton carries the 12th flag onto the field as he runs with quarterback Russell Wilson before an NFL football game against the Minnesota Vikings, Sunday, Oct. 11, 2020, in Seattle. (AP Photo/John Froschauer)

Seattle Seahawks' Cody Barton carries the 12th flag onto the field as he runs with quarterback Russell Wilson before an NFL football game against the Minnesota Vikings, Sunday, Oct. 11, 2020, in Seattle. (AP Photo/John Froschauer)

SEATTLE — Not that he needed to provide the endorsement, but in the midst of talking about his start of the season, DK Metcalf threw his support behind a growing candidacy.

He’s of course speaking of Russell Wilson, the quarterback for the Seattle Seahawks and one of the clear leaders in the MVP conversation through the first quarter of the season.

Actually, there might be no other leader. Wilson is playing possibly the finest football of his career, leading the Seahawks (5-0) to their best start in franchise history and finding ways to cover up for the flaws of an imperfect team.

Now in his ninth season, Wilson is in the prime of his career and has been provided the tools to fully emerge into the elite category of quarterbacks. He’s not the game manager that first arrived in Seattle and was the accompaniment to one of the best defenses in recent history.

This is and has been Wilson’s team for several years. The difference is after years of transitions and smart moves, Seattle has ­surrounded its quarterback with a supporting cast on offense equal to the talent of its leader.

The results, at least to start this season, can’t be argued.

The Seahawks arrived at their bye week after another night when Wilson’s performance was the lasting memory of Seattle’s victory against Minnesota. Wilson rallied Seattle from a 13-0 halftime deficit and capped the comeback by driving 94 yards with less than two minutes left, hitting Metcalf on a fourth-and-goal touchdown pass with 15 seconds left for a 27-26 win.

Wilson now has 19 touchdown passes and just three interceptions through five games. It’s the second-most scoring tosses in the first five games of a season, behind only Peyton Manning’s 20 in 2013 when he was the league MVP.

Wilson leads the league in passer rating and until this past week was tops in completion percentage. He’s on pace for 60 touchdowns and 4,800 yards passing.

But the reasons behind Wilson’s blazing start to the season go deeper than touchdowns and passer rating, two areas where he always has been among the top quarterbacks in the league.

The relationship between Wilson and offensive coordinator Brian Schottenheimer now is in its third year and there seems to be an increased trust by both parties, especially on early downs. In Schottenheimer’s first two seasons, Seattle threw the ball on first or second down 724 times in 32 regular-season games, the second-lowest total of any team in the league.

While the numbers across the league aren’t equal through five weeks, Seattle has thrown on first or second down 147 times in five games. For context, that’s the same number as Patrick Mahomes in Kansas City.

Schottenheimer also sees an increased decisiveness on where Wilson is going with his throws.

“When you see quarterbacks back there and they kind of start shaking their feet a little bit, that means they’re not seeing things very well. If you go watch Russ, he’s getting that ball out of his hands fast because he’s seeing things well and he’s got a great feel for what teams are doing to us.”

As good as Wilson has been to start the season, there will be roadblocks ahead. Minnesota did well in slowing Wilson and Seattle’s offense in the first half and there will be lessons others will steal going forward.

But even in games when statistically he’s not his best, if Wilson can continue to have moments like his late winning drive against the Vikings, his case for MVP will only grow in stature.

“There is just so much character that goes into being able to have that much poise, to be that clear, to function like that so beautifully throughout those opportunities,” Seattle coach Pete Carroll said. “He’s just as good as you can get. I don’t know how anybody could ever be better than what he continues to show us in those situations. He’s as good as you can get.”