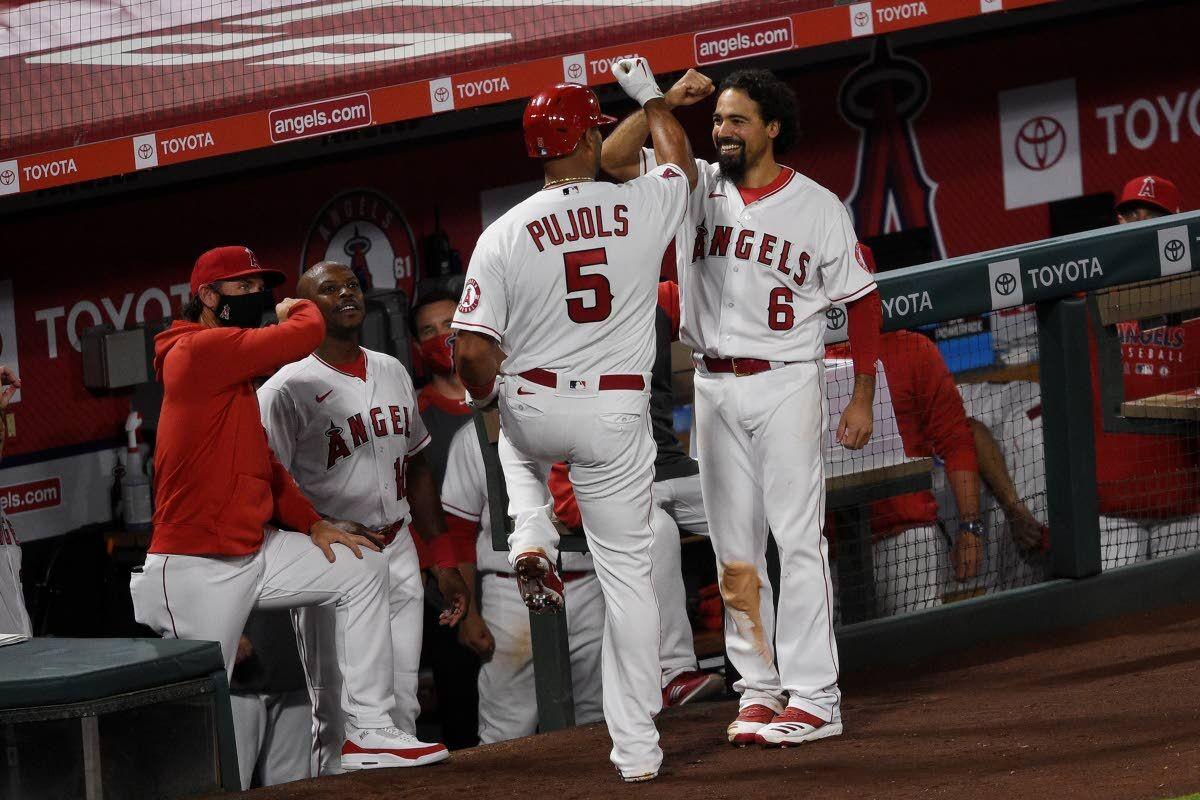 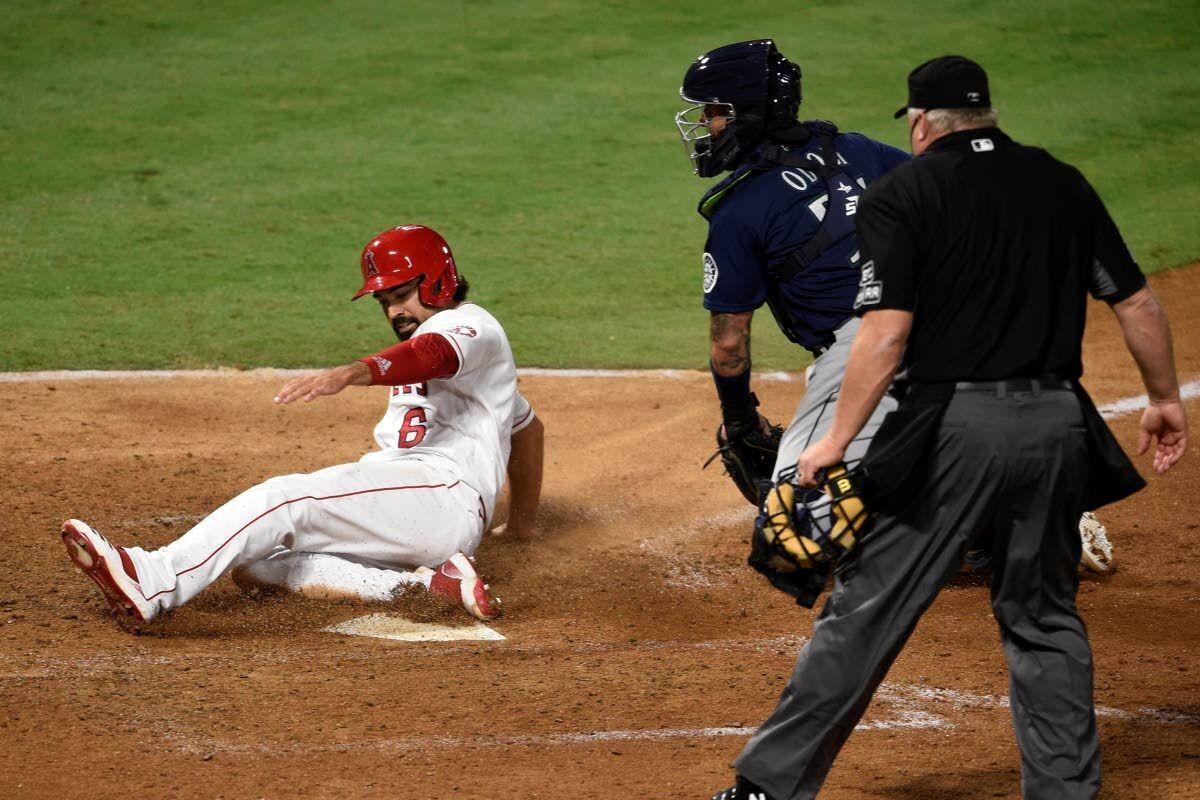 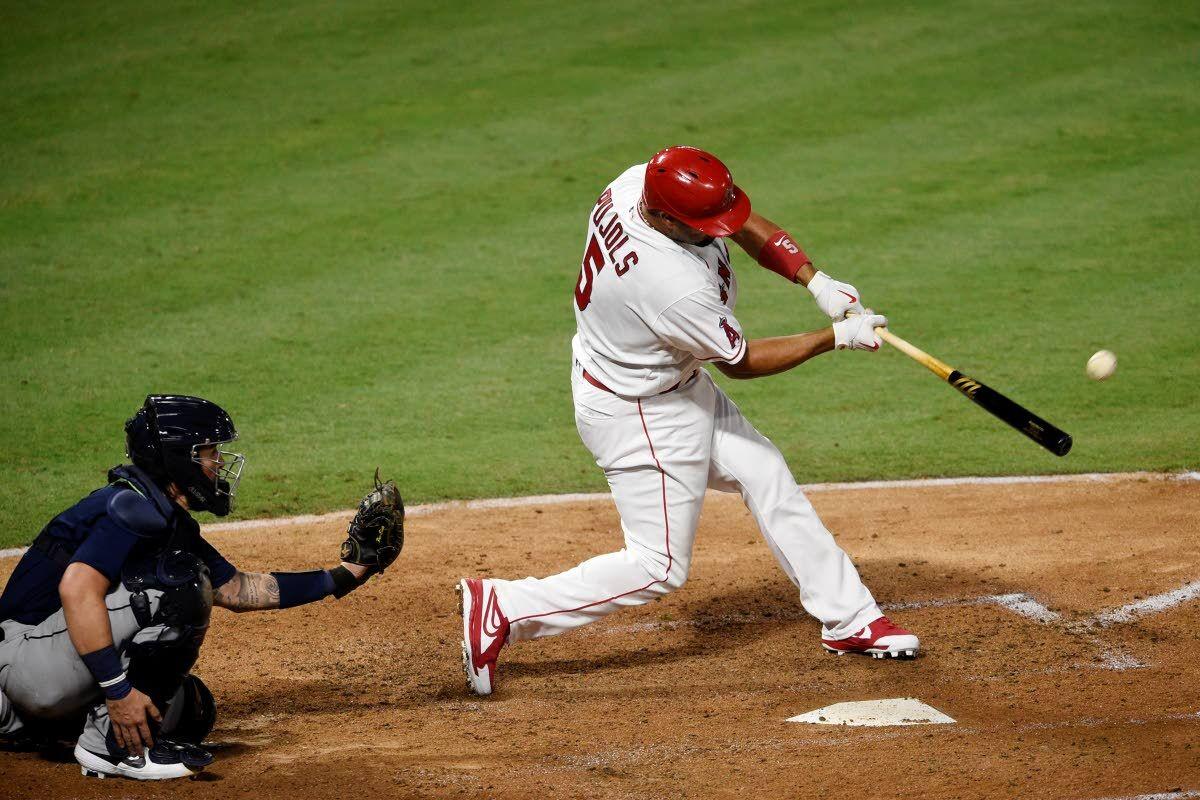 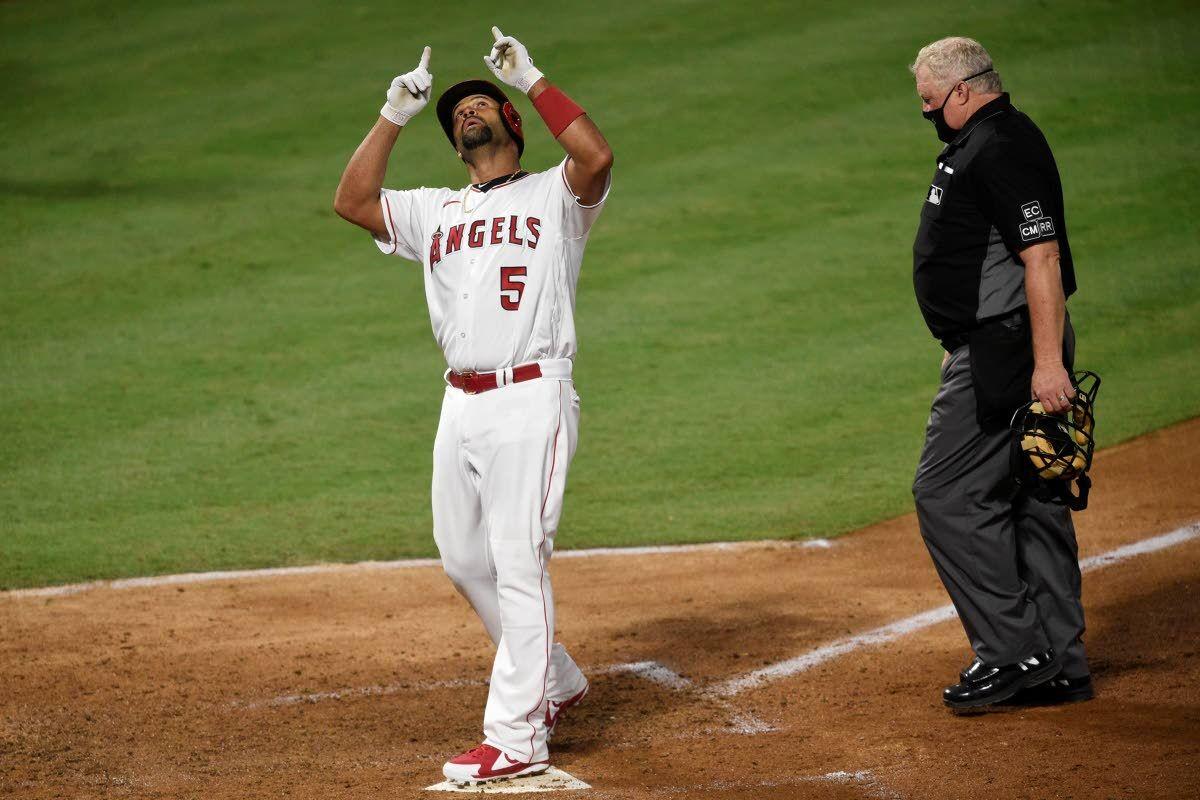 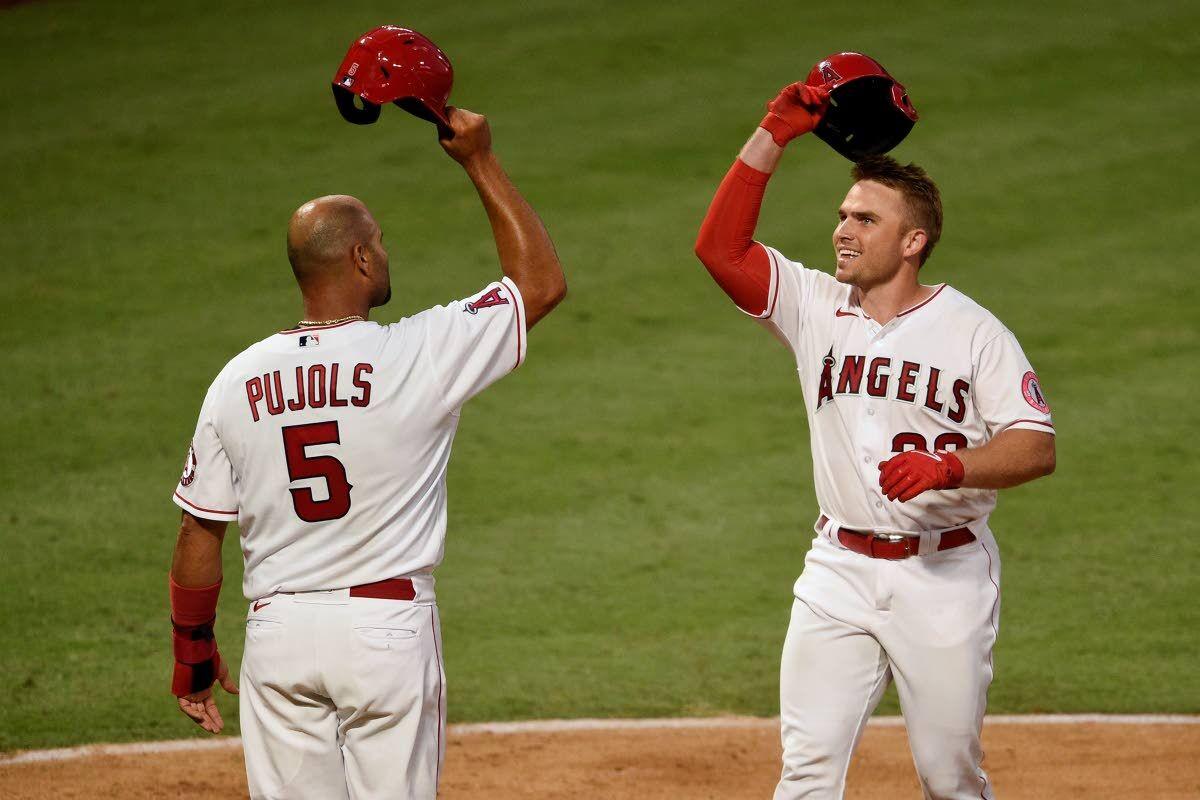 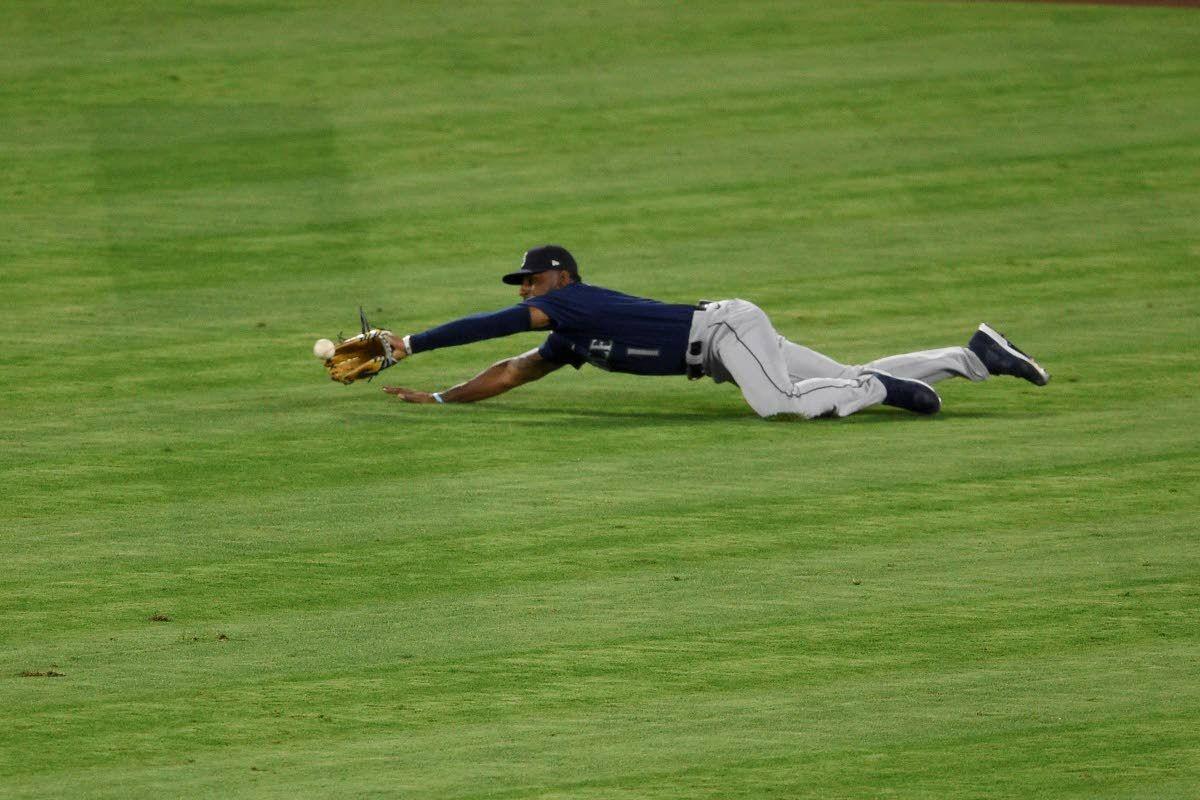 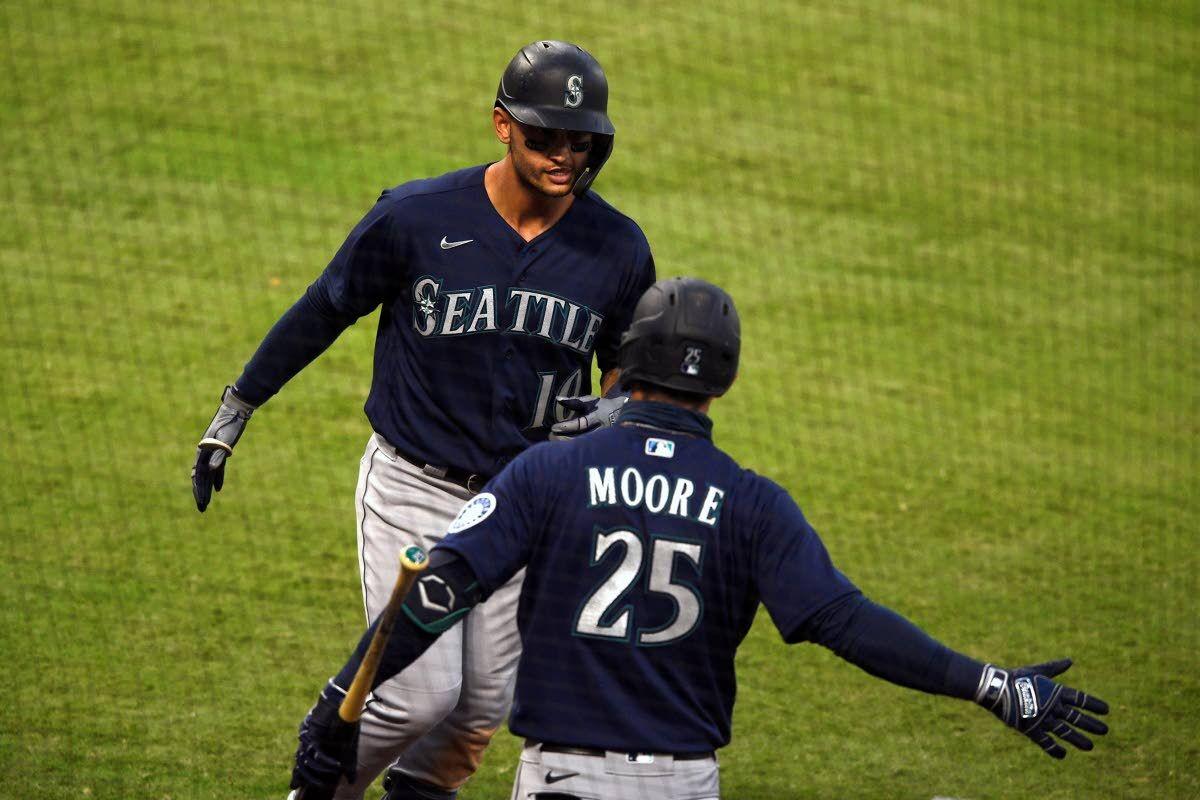 Rendon’s homer to left field in the eighth inning brought home Mike Trout and capped an encouraging home opener for the Angels, who got their second win after losing three of four in Oakland to start the shortened season.

“Whenever you have a game like we just had where the offense is clicking, everyone says that hitting is contagious, and it really is,” Rendon said. “Once you get that one guy going ... it just had that tumbleweed effect tonight.”

The Angels’ new $245 million third baseman went 1-for-3 with two walks, two runs and an error. He sat out the Halos’ season-opening series with an oblique muscle injury, but was ready in Anaheim for his first game since leaving Washington for the West Coast.

Max Stassi hit a three-run homer, Shohei Ohtani had a long RBI double and Justin Upton drove in two runs as the Halos won their home opener for only the second time in eight years. The Angels scored 11 runs in four games at the Coliseum, but almost matched that total in one night at the Big A.

“It’s kind of a tough way to start it on the road with all the day games in Oakland, so it’s nice to get into your own bed,” Angels manager Joe Maddon said.

Pujols’ solo homer to left in the fifth — his first since turning 40 during the winter — pulled him within three of Willie Mays (660) for fifth place in baseball history.

Tim Lopes went deep for the Mariners, who lost three of four in Houston to start the season. Lopes went to high school 15 miles from Angel Stadium in Huntington Beach.

Justus Sheffield (0-1) didn’t get an out in the fourth inning of his eighth career start for the Mariners, yielding four hits and four runs.

“Certainly the common theme for us here with our starters is running into that one inning where the pitch count’s getting up there, and tonight was no different,” Seattle manager Scott Servais said. “He was able to get through the third inning and trying to get back out there for the fourth, and he just wasn’t able to get much going there, either. Rough night there.”

Patrick Sandoval pitched four-hit ball into the fifth for the Angels, but the Orange County native couldn’t stick around long enough for his first career victory.

RENDON’S DEBUT — Rendon walked and scored on Ohtani’s double in the sixth, but also made a throwing error in the seventh. Last season’s major league RBI leader and World Series champion is expected to provide power and protection behind Trout, who went 1-for-5.

“Anthony, he’s that kind of player,” Maddon said. “I’ve been watching him for years, and to be able to sit behind Michael like he can really lengthens our lineup.”

FEROCIOUS FLETCH — David Fletcher continued his torrid start to the season with two singles and two walks for Los Angeles, boosting his on-base percentage to .609 with a major league-leading 10 hits. Fletcher also filled in for injured Andrelton Simmons at shortstop and made a jaw-dropping play in the sixth to throw out Kyle Seager from short right field.

OHTANI UPDATE — Ohtani’s double off the center-field wall was his first hit since the first inning of the Angels’ season opener, snapping an 0-for-12 skid. Maddon saw the hit as a confidence boost for Ohtani, who will pitch Sunday against Houston after failing to get an out in his season mound debut.

TRAINER’S ROOM — Mariners catcher Austin Nola was scratched shortly before game time. Seattle didn’t immediately disclose the reason. Also, left-handed pitcher Taylor Guilbeau was optioned to make roster room for catcher Joe Odom, who made his major league debut. ... Simmons went on the 10-day injured list with a sprained left ankle. The four-time Gold Glove winner, who is starting the final year of his contract, hurt himself while lunging to first base Sunday in Oakland. ... Right-hander Julio Teherán will pitch in an intrasquad game Thursday and could join the Angels’ rotation next week. The newcomer arrived late in camp after testing positive for COVID-19 last month.

UP NEXT — Andrew Heaney (0-0, 1.93 ERA) returns from a short, solid opening day start to face Justin Dunn, who will make his season debut for the Mariners. Heaney has one win in nine career starts against Seattle.