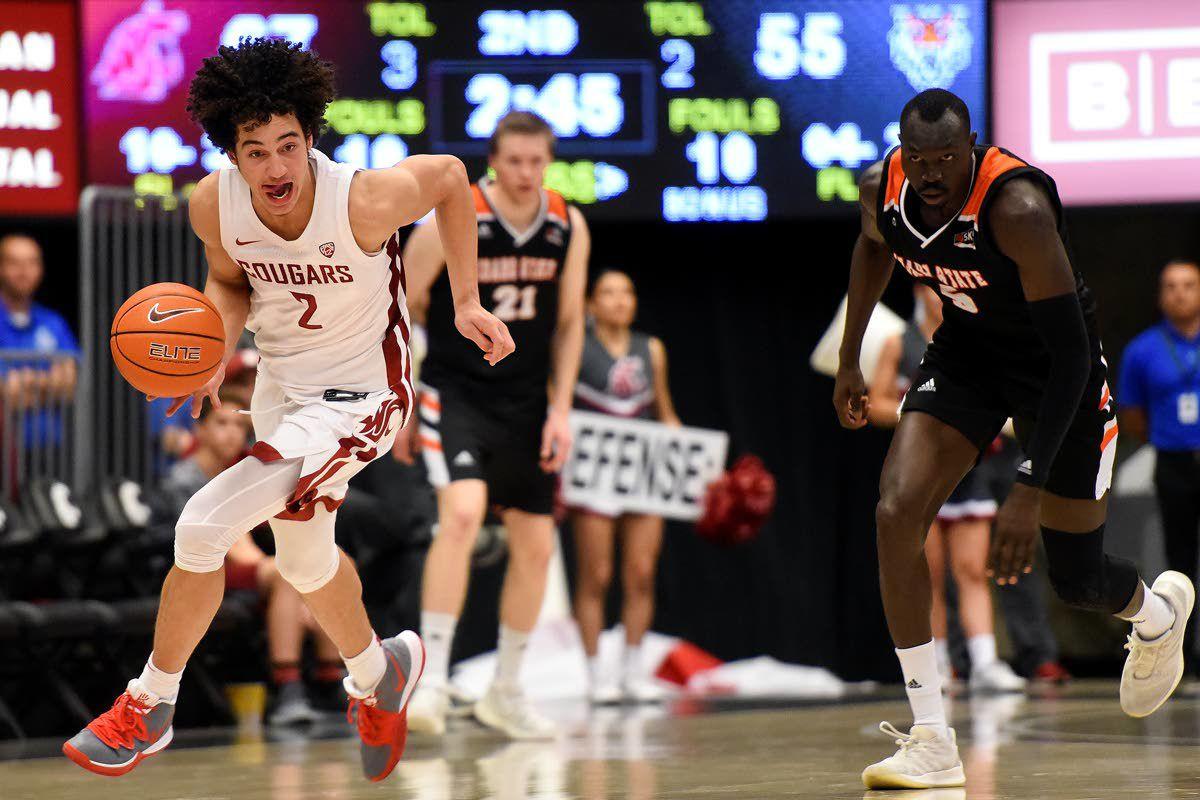 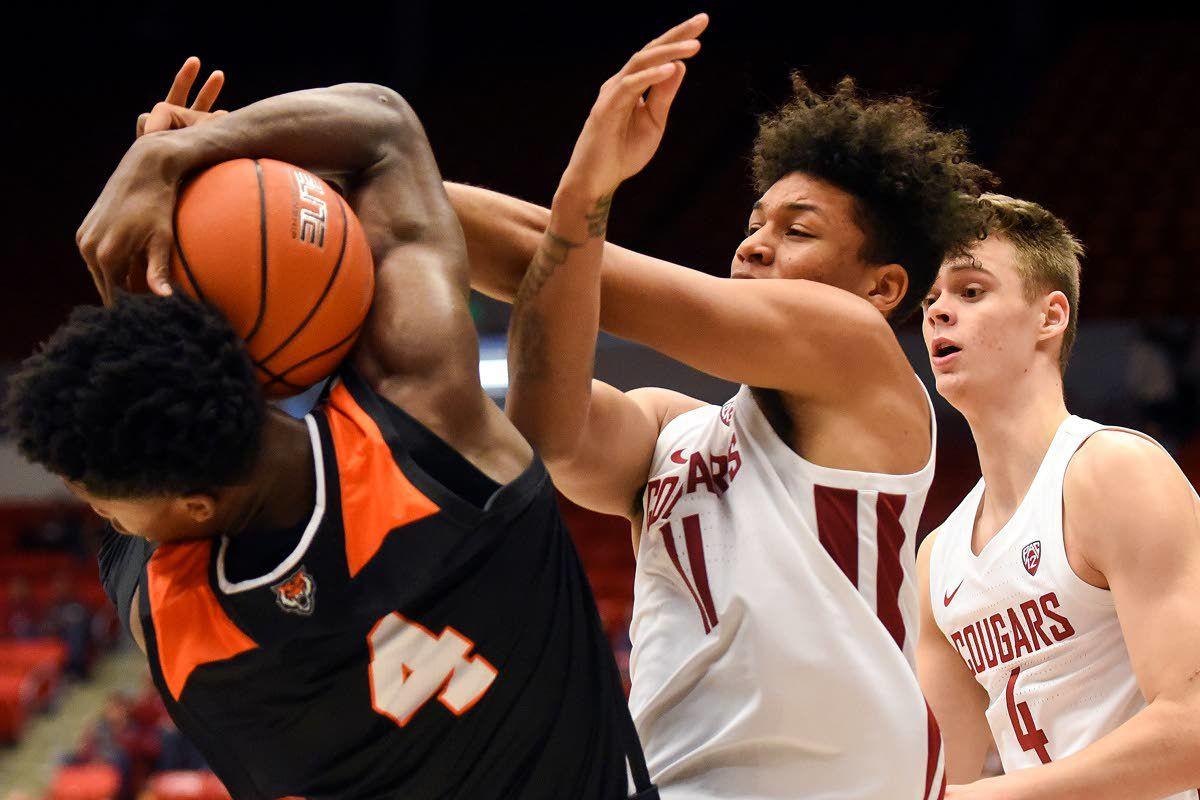 Elleby, an All-Pac-12 freshman forward last year, tipped away three Idaho State passes at the perimeter in Saturday’s game at Beasley Coliseum. He took all three downcourt for easy flushes, with nothing but space in front of him.

“I’d like to get a steal and see the open court,” Pollard said with a laugh. “I don’t think I’ve ever been in that position before.

Elleby’s third — finished with a one-handed jam — was his seventh steal of the contest. It stretched the Cougars’ lead to insurmountable in their 72-61 win against the Bengals.

Elleby’s seven steals are second in program history, just one shy of the single-game record. He contributed 23 points and eight rebounds to his output as Wazzu improved to 2-1, rebounding from a loss Tuesday at Santa Clara with an overall managing of an ISU team that was coming off an eyebrow-raising 10-point win over Air Force of the Mountain West.

Elleby, who tested the NBA waters this offseason before electing to return to Pullman, said he’d noticed on film ISU’s tendency to “swing the ball” around up top, and he got a bead on several of those errant passes, using his length to spring in front.

“It’s my favorite,” Elleby said. “I love getting those steals.”

The preseason all-leaguer shot 9-of-14 and hit two of WSU’s three 3s while tying the game lead on the boards.

In all, the Cougs hit “two out of three” per-game goals.

“We were good defensively, couldn’t grab our rebounds, and we held onto the ball,” Smith said. “Two out of three things we’re really concentrating on.”

They limited ISU standout Tarik Cool — who had 41 points against the Falcons — to just two points, both at the foul line, and forced the Bengals (2-2) into 20 turnovers to maintain about a 10-point lead after a streaky-shooting first half.

Idaho State also outrebounded WSU 36-30, which allowed the Bengals to keep it close. They only trailed by five at the half as the Cougars toiled from deep, netting just 3 of 17 attempts.

“I don’t know if we’re that much better than them,” Smith said. “We had a hard time keeping them off the offensive boards.

“They exposed us a little bit there. ... But I thought we played a little more poised in the second half.”

The Cougars, who coughed it up just seven times, scored the first six points of the second half and limited the Bengals to six points in the frame’s first six minutes. ISU was pickpocketed three straight times to open the period. WSU scored 21 points off Bengal giveaways.

The Cougs maintained their lead with close-out defense and transition buckets, many furnished by the transfer duo of Isaac Bonton and Jaylen Shead, the latter of whom sustained an unspecified leg injury late in the game.

“We buckled down; it could’ve been a one-possession game,” said Smith, who isn’t yet sure of the severity of Shead’s injury. “(Shead) penetrated when they were switching stuff and created some problems for them.”

On his 23rd birthday, Pollard got into a rhythm underneath, netting 11 points on 4-of-9 shooting. He pulled down six boards.

“Just really felt comfortable,” said Pollard, who returned to WSU for his final season after entering his name into the NCAA’s transfer portal in March. “I was kinda focused on one thing, and one thing only, but now that we got the business taken care of, time to relax.”

Bonton chipped in 15 points and had a game-high four assists, but was 1-of-7 from beyond the arc for a defense-oriented team that’s still fleshing out an offensive identity.

“Defense, we just outworked them,” Elleby said. The Bengals were led by Jared Stutzman’s 21 points and Chier Maker’s 15.

Especially if Elleby continues to cut off passes.