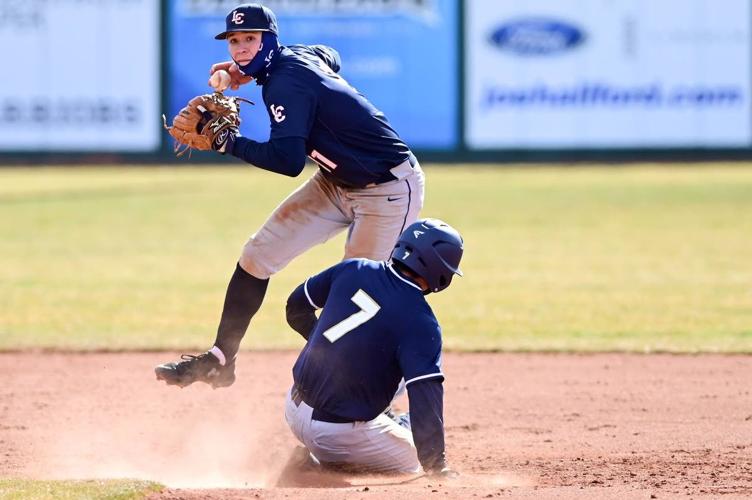 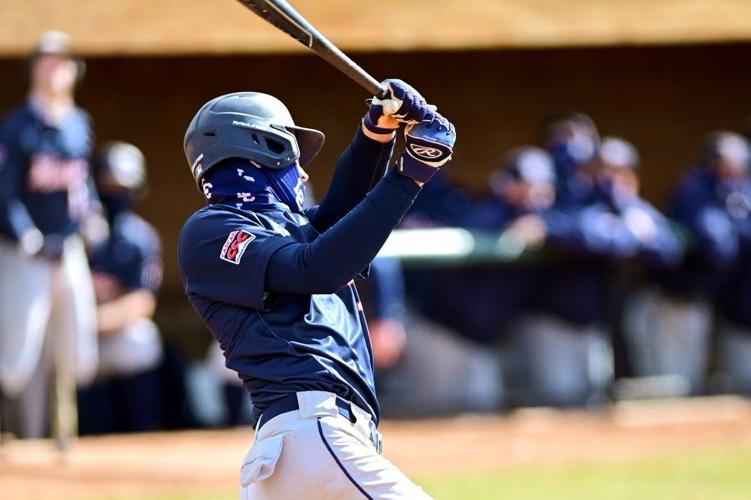 Moving from Pac-12 play on the Palouse to an NAIA power in the valley was a fresh start for Dillon Plew — a “reset” on a collegiate baseball career that already had seen significant individual successes in three seasons at Washington State.

Plew, a standout senior infielder for ninth-ranked Lewis-Clark State (14-2), started a whopping 148 games for the Cougs between 2017-19.

The All-Washington product of Kennewick High School broke out as a true freshman second baseman, filling in at the top of Wazzu’s depth chart after a veteran teammate was drafted into the pros.

“I came into a good situation,” Plew said. “I didn’t expect (to be starting). No one really expects it. You just need to work for it.”

As a sophomore, he assumed a role at third base, his natural position, then transitioned to first as a junior. Plew was a versatile defender in Pullman, and consistently a threat in WSU’s lineup while squaring off against top-tier opponents in one of the NCAA’s strongest baseball conferences.

Among several other statistical distinctions, he opened 2019 with a 19-game on-base streak, led WSU in walks in two seasons and registered 14 ­multiple-hit outings each year. Plew finished his Cougar stint with an impressive line: a .280 batting average with 95 runs, seven homers, 32 doubles, 59 RBI, 93 walks and a solid .396 on-base percentage — a top-two OBP mark for the Cougars in that span.

“He had a real good career there, so when we got him last year, we knew we had a chance to have a great player,” said LCSC coach Jake Taylor, whose team has recruited a few former Cougs in recent years.

Thus far, Plew has proven himself a promising addition for the Warriors in their quest for national title No. 20. His 30-mile relocation represented a new beginning, and Plew said he’s better because of it.

“I appreciated my time at WSU. No disrespect at all to Washington State, but in the past year-and-a-half here, I feel like I’ve become twice as good a ballplayer,” he said. “It’s just the attitude, the way things are done down here.”

Plew has emerged a savvy, veteran presence at LCSC, but it didn’t come without persistence through trying circumstances.

Soon after former Wazzu coach Marty Lees was fired in May 2019, Plew was let go from the program.

“I didn’t have my head screwed on straight,” he said, referencing academic issues at the school. “I had to reset. There’s not a better place than Lewiston if you want to focus and get down to it.”

His father, Jeff — a former Eastern Washington baseball player — had educated Plew on the workmanlike Warrior ethos and dedication it takes to succeed here. It felt like the perfect place to land on his feet.

“I had a little understanding, but it was still eye-opening,” Plew said of LCSC, pointing to the program’s game-speed practices and a relentless pursuit of perfection in its players’ baseball IQs. “All of those concepts really helped me.”

Plew’s bounce-back was delayed in 2020, when he was forced to take a redshirt because of a nerve injury in his throwing arm, sustained at a practice when he was struck by a pitch.

“It was a hard year, but just the support of my teammates throughout what was going on — I always had someone telling me to keep my head up,” Plew said. “I might have gotten lost if it wasn’t for those guys.

“It hardened me a lot actually. It made me realize results aren’t just gonna pop up. You keep working, grinding.”

His return to the field of play after a two-year hiatus was met with “freshman year of high school butterflies,” yet Plew has been productive from the outset.

“Getting some structure and growing up a bit in the last few years has really helped him,” Taylor said. “He’s a good one. We’re glad to finally have him on the field.”

Plew ranks second on the team in batting average (.350) and leads LCSC in homers (five), RBI (22) and total bases (40) heading into a four-game Cascade Conference series starting Friday at the College of Idaho. He’s still reaching base at a high clip (.429 OBP, 1.096 OPS). Plew was named the Cascade’s player of the week March 8 after knocking in the winning runs in two of LCSC’s four victories against Corban.

Nicknamed “the human rain delay” at WSU, Plew has a knack for slowing the pace at the plate if necessary. His understanding of the strike zone is well-developed, and he rarely whiffs (just four strikeouts in 15 games this season).

Hitting out of the No. 2 spot, Plew’s a patient, disciplined batter who prides himself on an ability to capitalize on slight pitching mistakes, and make contact with any kind of toss.

“He stays on the ball real well,” Taylor said. “He goes deep in counts and he’s not afraid of the baseball. He’s as tough an out as anyone we have.

“He’s consistent with his approach at the plate and plays hard every day in practice. He’s vocal, extremely smart with a great feel for the game.”

Taylor employs Plew predominantly at third base, but he can take over at second without drop-off, and “fill in at shortstop in a pinch too.” The 6-foot-4 Plew fielded at a .966 rate at Wazzu. He’s turned five double plays and committed just one error this year.

“We need to keep his talent and leadership abilities on the field, and his bat in the lineup,” Taylor said. “He’s obviously been coached well growing up. We definitely know he’s advanced in his skills from the defensive side of things. He has a great sense of the game more than anything. He’s got the intangibles that every coach likes, and players like and respect him.”

Plew had to prove himself with the Warriors, regardless of all the star national recruits and top-10 foes he had faced, and despite his being selected by Houston in the 40th round of the 2019 MLB draft. Plew’s fresh start at LCSC has him back on track toward status as a pro prospect. It’s also paying dividends for the Warriors.

“Around here, you earn that (leadership) role,” Plew said. “They weren’t impressed by me right away. They wanted to see how I played. Over the year, I’ve gained respect, but it wasn’t easy. I’ll tell ya, that’s a lot of hard work for people to respect you.”

When it comes to yard sales ...