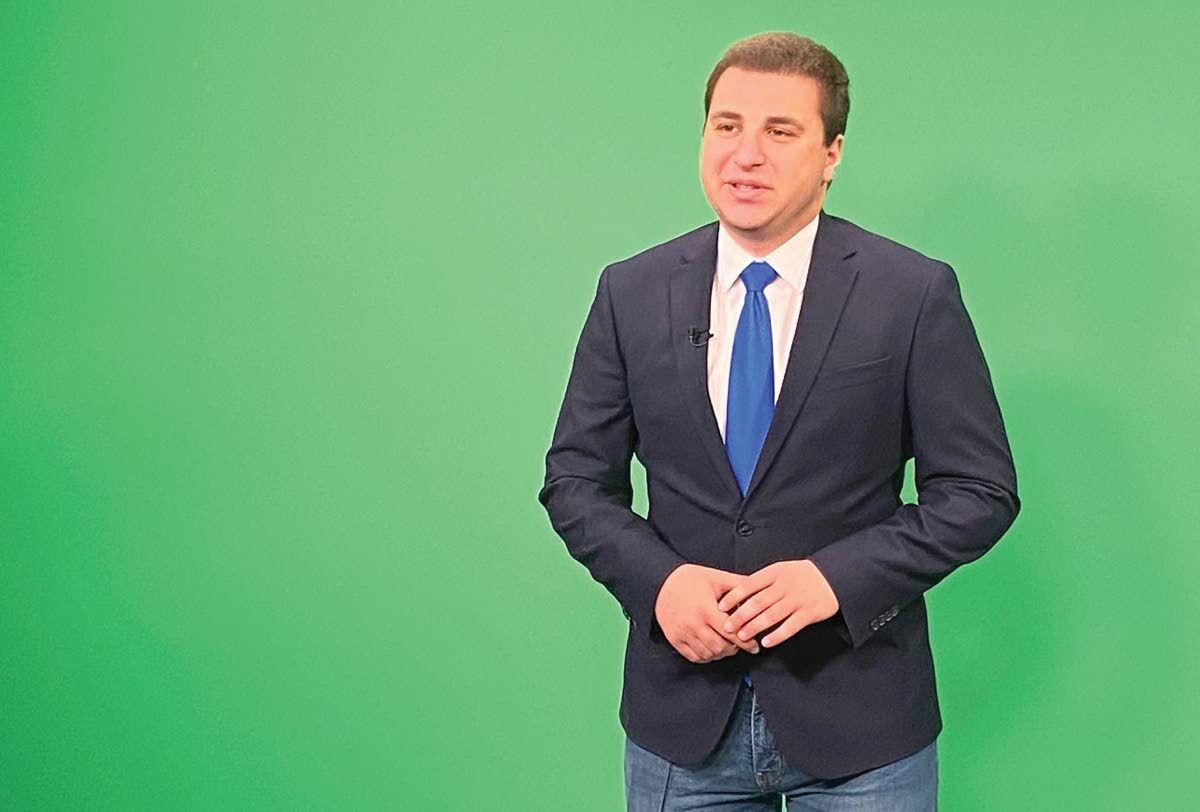 Former KLEW-TV sports director Armen Araradian stands in front of a green screen during a recent newscast. Araradian’s last day at the Sinclair-owned station was Friday. 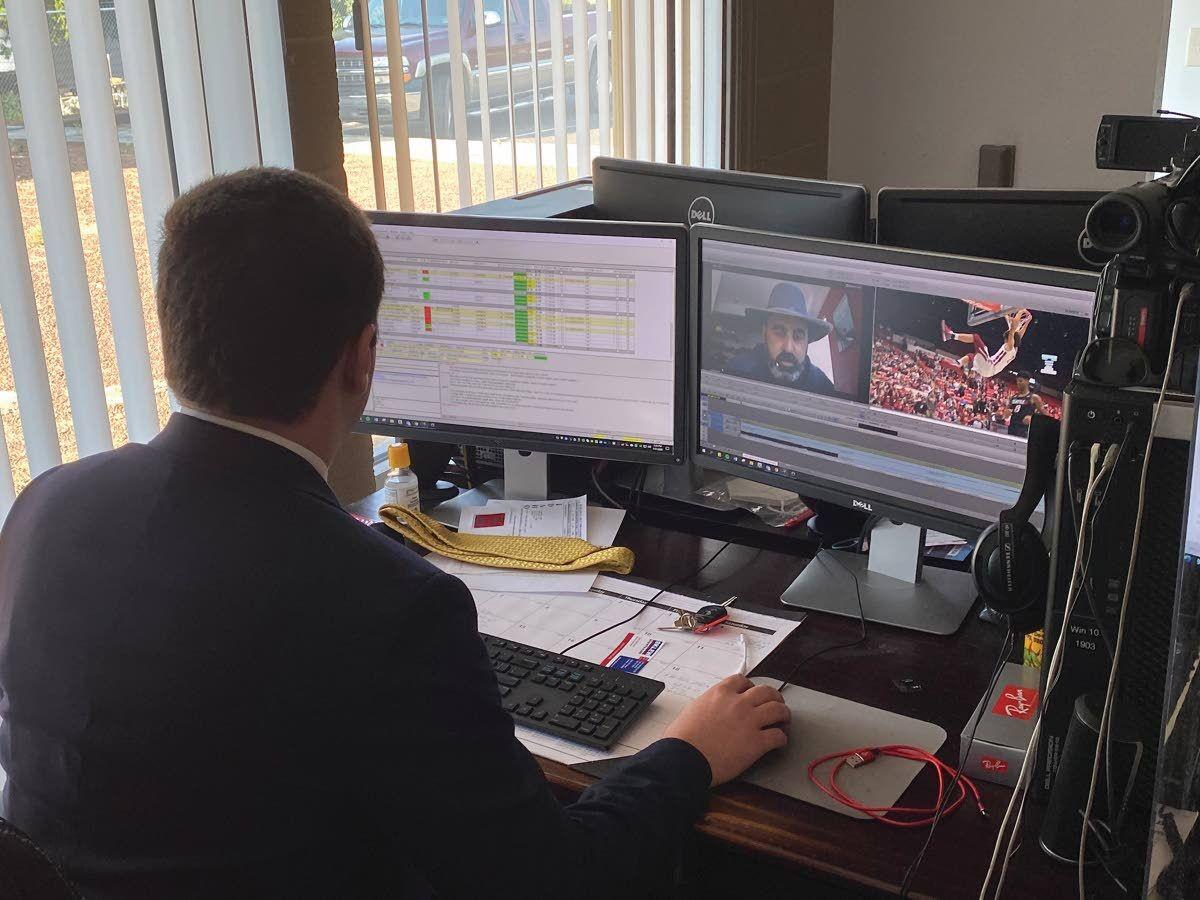 Former KLEW-TV sports director Armen Araradian stands in front of a green screen during a recent newscast. Araradian’s last day at the Sinclair-owned station was Friday.

It became apparent to Armen Araradian pretty quickly in college he was set out to do something different than what he originally intended.

The Los Angeles resident made the trek to Eugene, Ore., to go to the University of Oregon and be a biology major. He soon found out that wasn’t for him.

“From pretty much the first, like, 10 minutes of my first general chemistry class, it was kind of like, ‘I can’t do this,’” he chuckled.

Then he rethought his career path and took the approach most aspiring journalists embark on.

“So then I got to thinking, ‘OK, I like sports. I like to talk a lot. There’s only really one job where you can do both, and get paid to do it. So you might as well do that,’” Araradian said.

Thus a career was born.

Araradian, the sports director at KLEW-TV (Channel 3) during two stints that have stretched since February 2019, signed off the air for the final time after the 11 p.m. broadcast Friday. His contract originally ended in November 2019, but management of the CBS affiliate asked for his help before the coronavirus pandemic started to rage the first time in late February, and he came back March 2 for what turned out to be a four-month stint.

Station manager Dan Stellmon said he will be missed.

“Armen has brought a consistent desire to ‘get it right,’” he said in an email to the Tribune. “He’s been a ‘go-to’ person for any important story or assignment and we’ll need to find another.”

Araradian has been a steady presence on the local sports scene, making appearances at games, touting exploits of all those on the high school and collegiate fields in the area, as well as being a social media wizard.

He had big plans for his return, and was off to a solid start. Araradian had just got done covering the Idaho High School Activities Association boys’ basketball tournaments in Boise and the Washington Interscholastic Activities Association boys’ tournament in Yakima when he realized that COVID-19 was going to change the way he was doing business.

“It was kind of like an, ‘Are you kidding me?’ thing,” the 24-year-old said. “I wouldn’t say it freaked me out. For a couple of days, it was all just really easy stuff. It was super simple. It was an interesting time trying to figure things out.

“I just couldn’t rely on a game every night to fill content. I have to go out and make a ton of phone calls, find storytelling stuff.”

With sports throughout the world hitting the pause button, management told Araradian that his time on his nightly broadcast would be chopped down to a mere 90 seconds of an about 22-minute newscast. So he knew he had to get creative in order to get the time he wanted and to justify getting two to two-and-a-half minutes per show.

“That really pushed me because I really like doing sports, I want the sports news of the day to get out there, so I’m going to fill, and let’s just see what happens,” said Araradian, who was in his first job in the industry at the Sinclair-owned station.

Of late, he was doing more hard news stories. He’s recently been to two Lewiston city council meetings where the issue of a mask mandate has come up. Those meetings have been super-charged with people on both sides of the issue. He was actively tweeting the events at the meetings in real time.

It definitely reinforced the work ethic Stellmon knew Araradian had.

“I don’t want to make it sound like I didn’t have to work hard before (because I did). To me, it’s always been give it 110 percent until the end of the contract, and I feel like I’ve done that,” Araradian said. “It just kind of showed that even if I don’t have games to show, we’re still fine.”

Stellmon said the station currently is looking for someone to take Araradian’s spot.

“When we find the right fit, we’ll get them in here,” he said.

Araradian said he’s not sure what’s going to happen next. Like most jobs in the country, the market for multimedia journalists is dry at the moment. He knows he’s going to return to Los Angeles.

“The sports broadcast industry has been hit really hard,” he said. “There’s not a ton of things out there right now, but we’ll see you hopefully soon.”