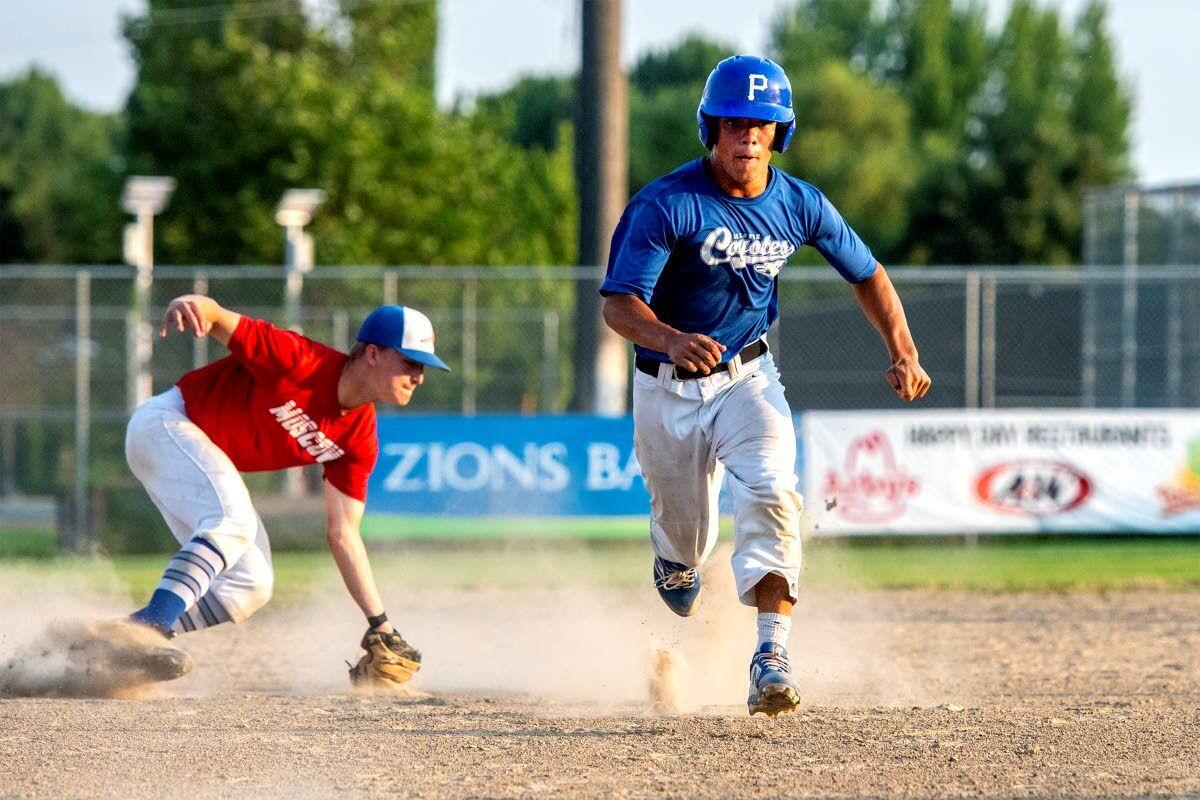 Palouse’s Mitch LaVielle runs toward third base during Game 1 of a doubleheader Tuesday against the Moscow Rebel Blue Devils at Bear Field in Moscow. 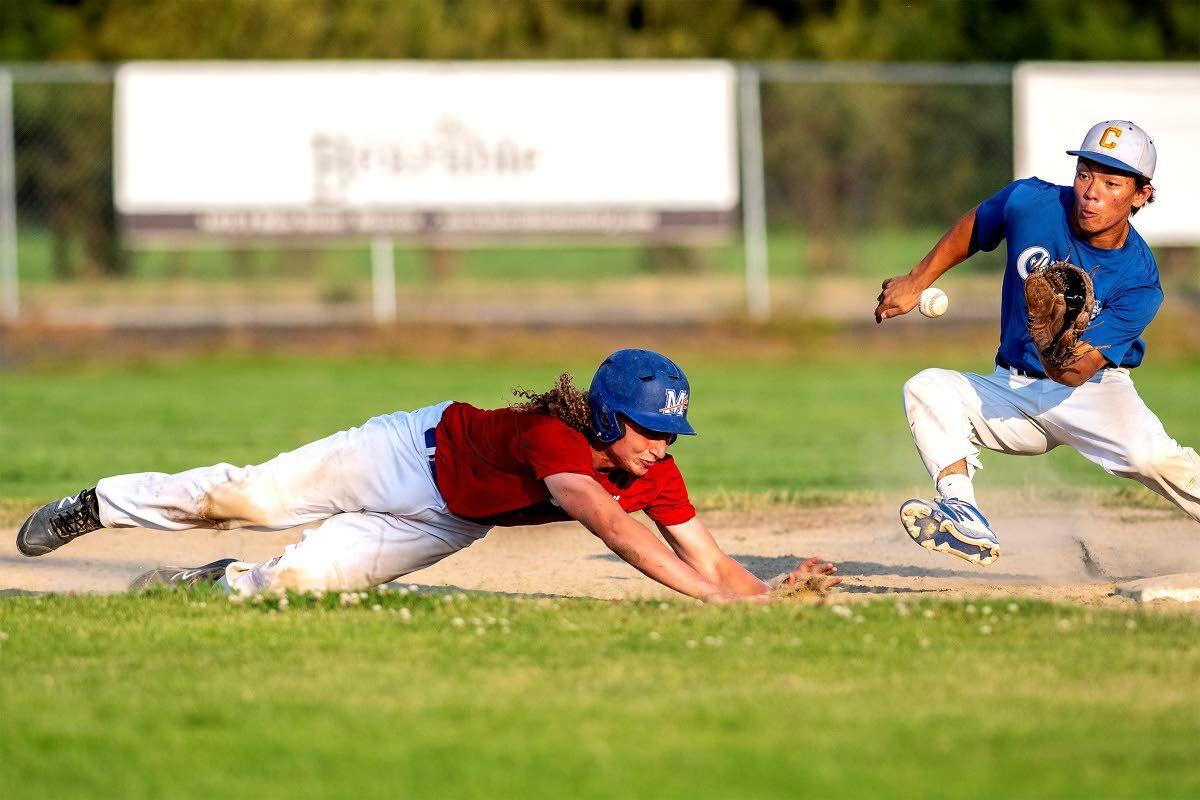 Moscow’s Barrett Abendroth dives back to second base as Palouse’s Mitch LaVielle prepares to catch the ball in Game 1 of Tuesday’s doubleheader.

Palouse’s Mitch LaVielle runs toward third base during Game 1 of a doubleheader Tuesday against the Moscow Rebel Blue Devils at Bear Field in Moscow.

Moscow’s Barrett Abendroth dives back to second base as Palouse’s Mitch LaVielle prepares to catch the ball in Game 1 of Tuesday’s doubleheader.

MOSCOW — Nothing like a late-night thriller under the lights to end the summer baseball season.

The doubleheader between the Moscow Rebel Blue Devils and Palouse Coyotes went so late Tuesday the sprinklers turned on at about 10:25 p.m. at Bear Field, delaying the game for a few minutes.

In the end, Moscow provided the play of the night courtesy of a Hayden Thompson grand slam in the second game, but Palouse grabbed a pair of rivalry wins.

After splitting their three previous doubleheaders — going back to Moscow’s Legion baseball season as the Blue Devils — Palouse finally earned the sweep, winning 9-5 and 9-8.

“We practice every day and work on mental toughness,” Palouse coach Gabby Rodriguez said. “I think some of the guys knew ‘Hey, this could be our last time playing,’ so they really dug deep and they were able to stay focused. They wanted it. You could tell.”

The doubleheader marked the end of the season for Moscow, but Rodriguez said the Coyotes “may have a little more” if they can get some more games on the schedule.

Thompson’s big hitting helped keep Moscow in the second game. His grand slam sailed over the tennis courts beyond the right-field fence in the third inning to tie the game at 4.

“That was amazing,” said Peyton Waters, who pitched the second game for Moscow. “It was such a momentum shift. We needed that. I loved it.”

The rivals found themselves tied again at 7 in the seventh inning, when Palouse finally took the lead for good. A fly ball by Palouse’s Konner Kinkade was dropped in right-center field, leading to runs by Carson Coulter and Kayden Carpenter.

In the bottom of the inning, Moscow’s Chad Redinger kept things interesting by stealing second, third and home to get the Rebel Blue Devils’ within one. But Palouse pitcher Nate Akesson struck out three players to close out the game for the Coyotes.

In the first game, the Coyotes piled up 10 hits and capitalized on five Moscow errors to pull away.

It wasn’t the cleanest game for either team, with five of the first six runs coming on four wild pitches and an error.

Eight Coyotes tallied hits in the game, led by Brady Wells with three. He also provided a run and an RBI.

A close game throughout, Palouse pulled away with five runs in the top of the seventh.

Wells and Oak Held got the inning rolling with back-to-back RBI doubles, and Wells later scored on an error. Then, Akesson, in his first at-bat of the game, drove in two more runs.

Moscow mustered a couple of runs in the bottom of the inning, but the advantage was too much to overcome.

Tanner Richartz earned the win on the mound for the Pullman-based team, striking out three in five innings.