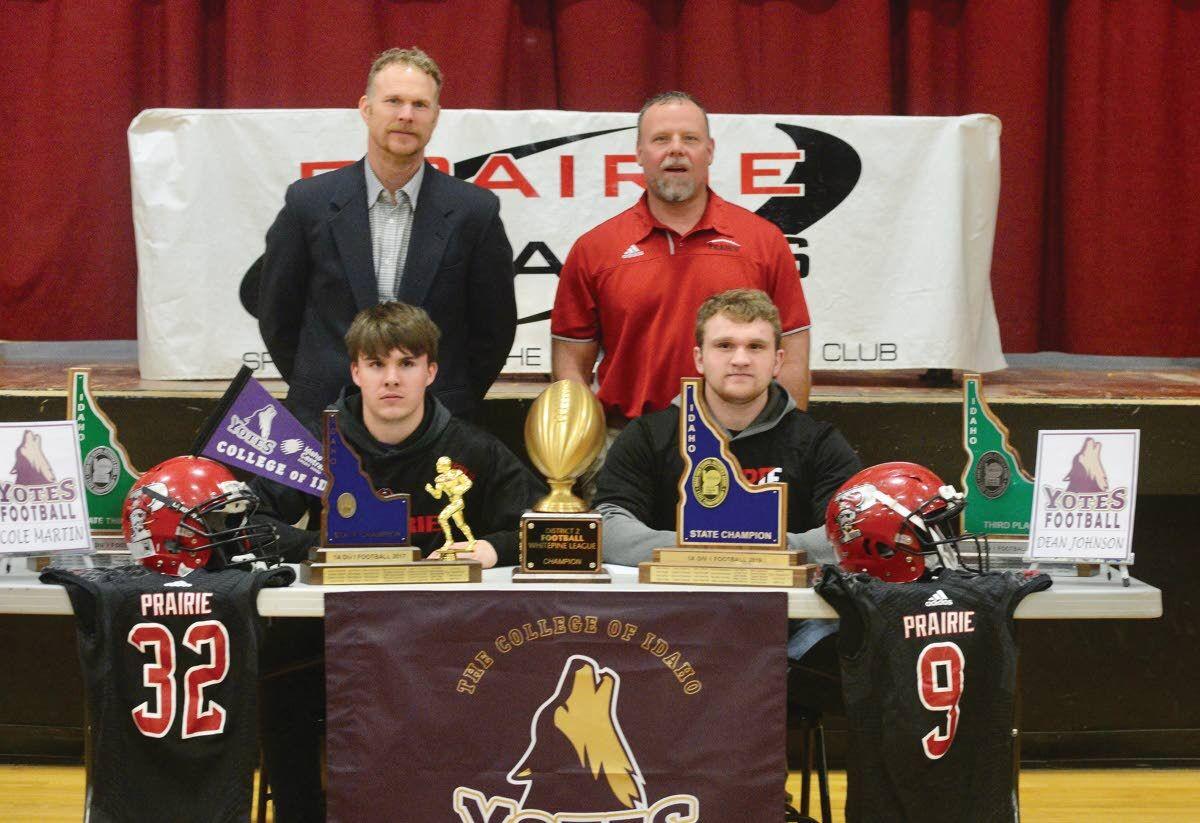 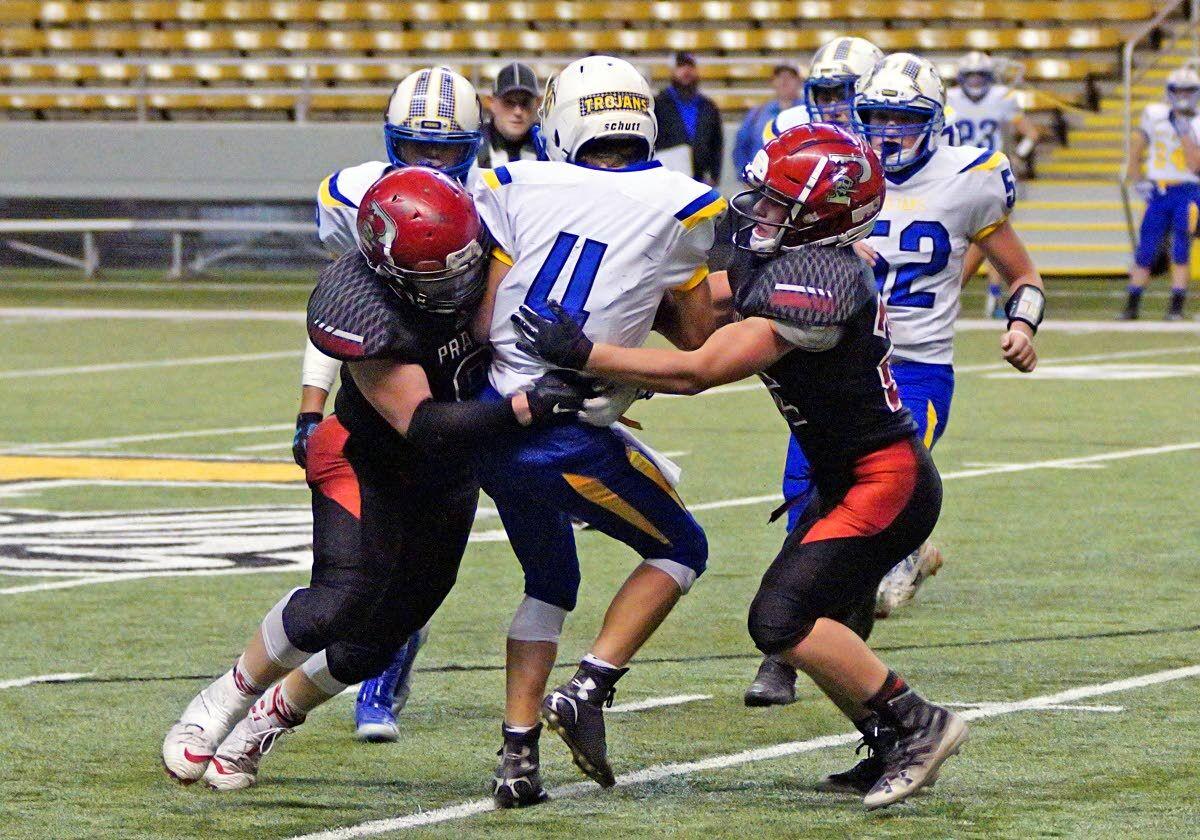 Prairie’s Dean Johnson (left) signed a letter of intent Wednesday to continue his playing career at the College of Idaho.

Prairie’s Dean Johnson (left) signed a letter of intent Wednesday to continue his playing career at the College of Idaho.

Signing his commitment to the College of Idaho football program alongside his friend and teammate Cole Martin “feels like a dream,” Prairie High School senior Dean Johnson said.

The two have played football together since the third grade, and were teammates during the Pirates’ Idaho Class 1A Division I state title runs in their freshman and junior years. The 6-foot-1 running back Martin was selected as Class 1A player of the year after rushing for 1,600 yards and scoring 24 touchdowns in 2019, and 6-0 standout lineman Johnson claimed the same honor in 2020.

Martin sat out most of his senior season in the fall because of an ACL injury he suffered in the opening game, but was nonetheless recruited by C of I, which “knew what he could offer,” in the words of Prairie coach Ryan Hasselstrom. After Johnson followed suit this past weekend in committing to the Caldwell-based institution, a ceremony was conducted Wednesday at the Prairie gymnasium in Cottonwood for the two of them to publicly formalize their plans as classmates, teammates, coaches, teachers and family looked on.

Said Martin, “He’ll be on defense and I’ll be on offense, so I guess we can have a Prairie guy on each side of the ball. I really just want to get out there and play again, since I missed basically all my senior year this year.”

Johnson, who played most of his senior season but was sidelined with an ankle injury early on in the Pirates’ heartbreaking 42-40 state semifinal defeat to Oakley, expressed similar sentiments.

“I just want to get out there and play,” he said. “I know it might take a little bit of time, but I want to put in the work and get out there on the field down there in Caldwell, see where that goes.”

Martin intends to major in physical therapy. Johnson has not yet settled on a major, but is leaning toward environmental science or business.

“I’ve always wanted to play with Cole in college,” Johnson said. “That’s all we’ve talked about the last four years. I didn’t know if that was a possibility, because C of I is a special school and I didn’t know if I was going to get recruited there until late.”

The 2019 Coyotes went 11-1, winning the Frontier Conference title before suffering their only defeat of the year in NAIA Football Championship Series play against Grand View of Iowa. They had no fall 2020 football season because of coronavirus concerns, but are lined up for a six-game spring schedule set to begin March 13 with a nonconference home game against Montana State-Northern. Martin and Johnson will look to get in on the act next semester after their high school graduation.