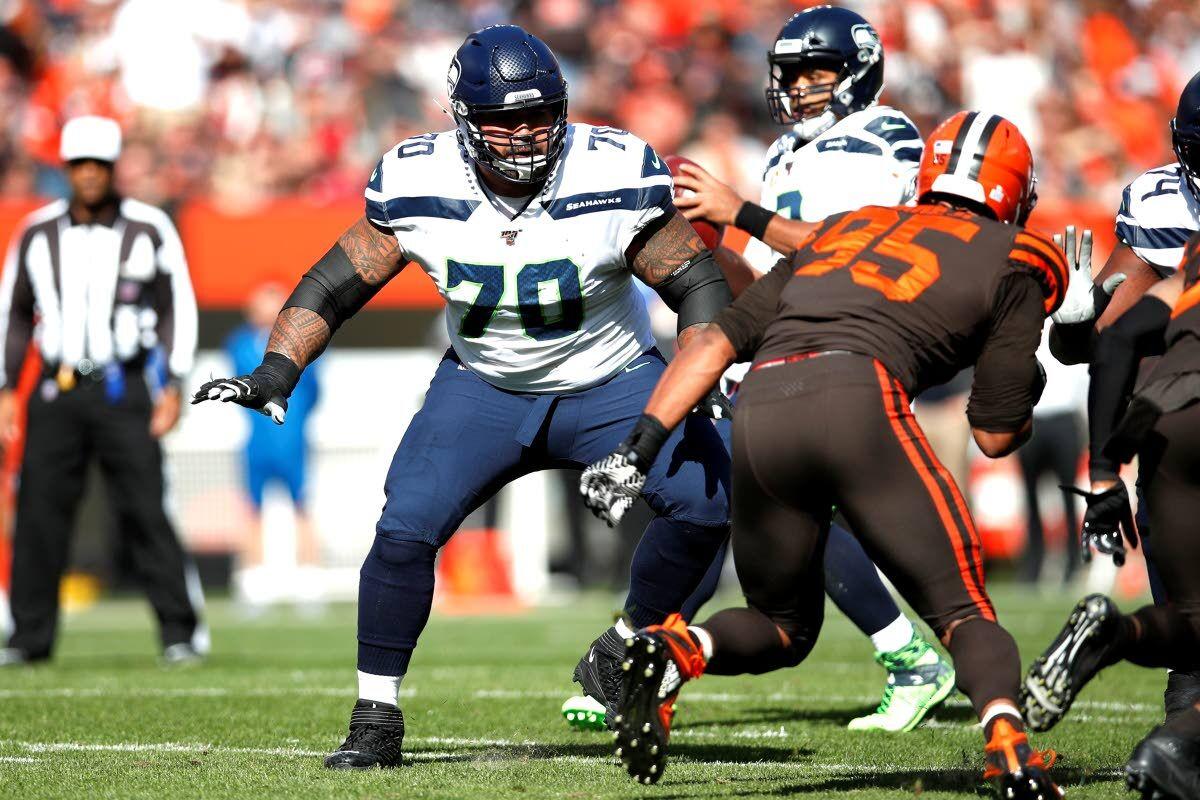 Former Idaho offensive lineman Mike Iupati, now playing for the Seattle Seahawks, sets his feet and prepares to block for quarterback Russell Wilson in a game against the Cleveland Browns on Oct. 13, 2019, in Cleveland. 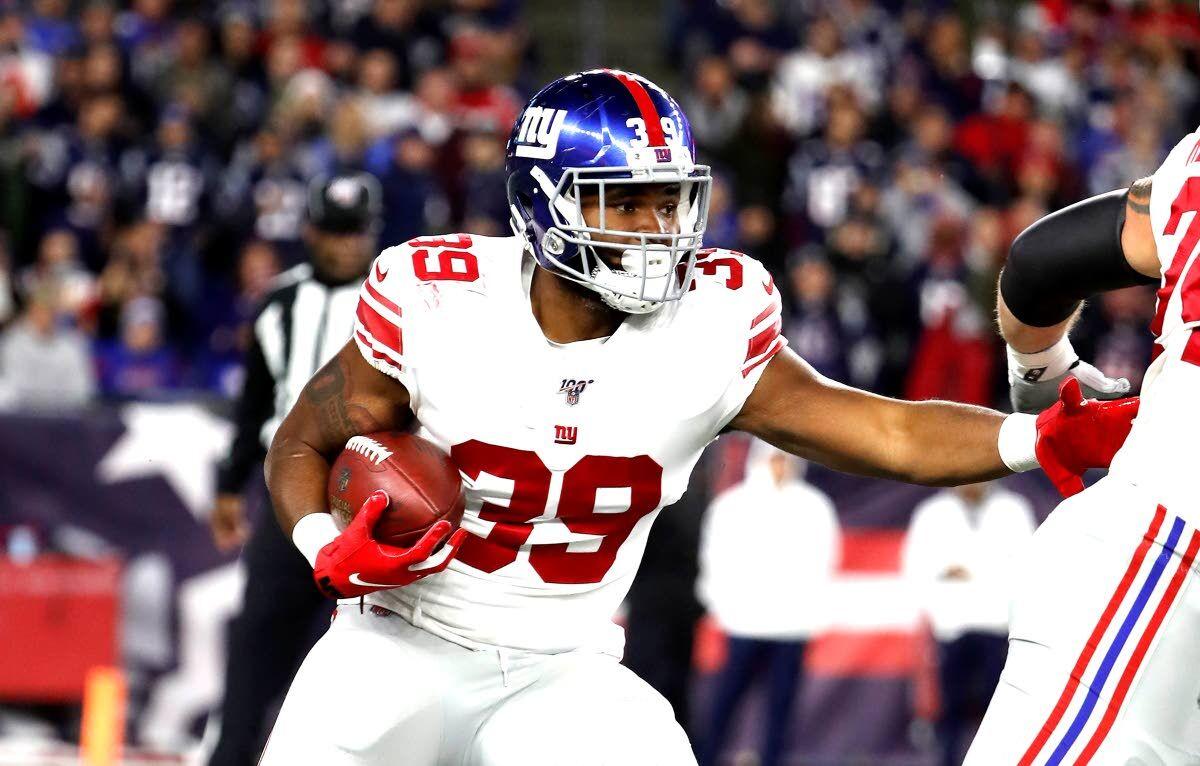 Associated PressElijhaa Penny, former Idaho running back now with the New York Giants, runs the ball against the Patriots on Oct. 10, 2019, at Foxborough, Mass. 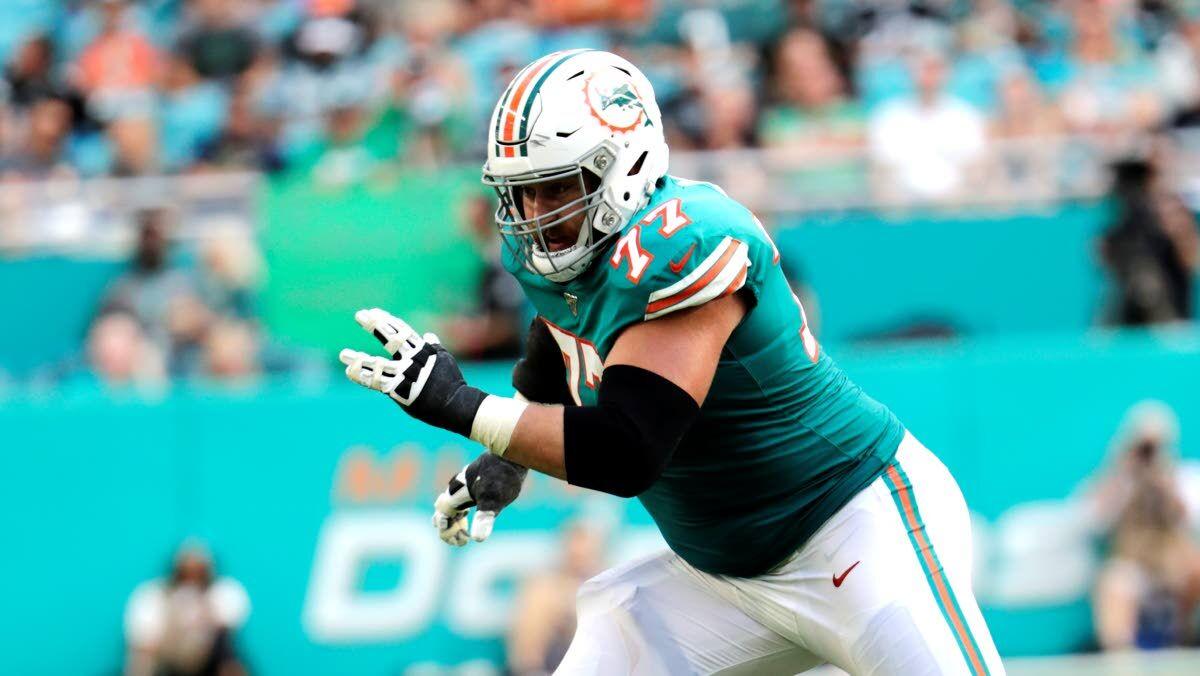 Associated PressFormer Asotin High and Idaho lineman Jesse Davis shows his mobility during a Dolphins game against the Eagles. 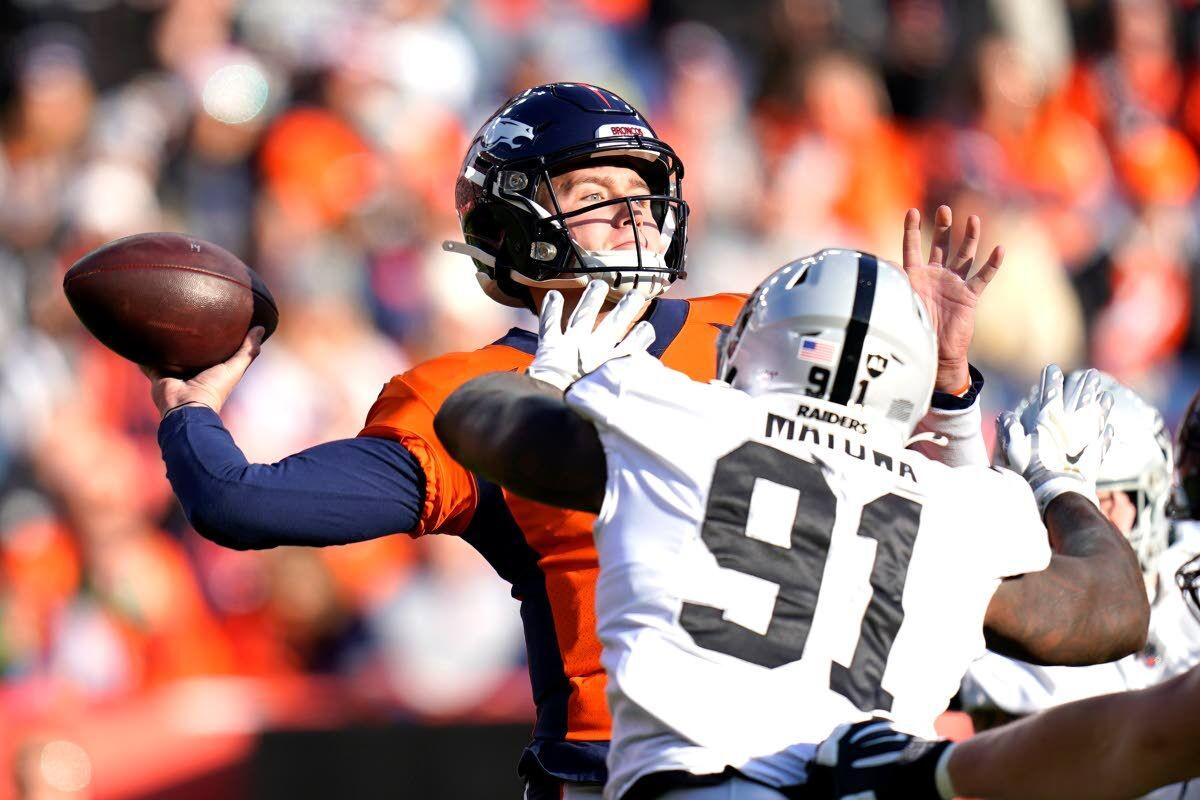 Former Idaho offensive lineman Mike Iupati, now playing for the Seattle Seahawks, sets his feet and prepares to block for quarterback Russell Wilson in a game against the Cleveland Browns on Oct. 13, 2019, in Cleveland.

Associated PressElijhaa Penny, former Idaho running back now with the New York Giants, runs the ball against the Patriots on Oct. 10, 2019, at Foxborough, Mass.

Associated PressFormer Asotin High and Idaho lineman Jesse Davis shows his mobility during a Dolphins game against the Eagles.

First of a two-part series on the prospects of former University of Idaho football players in the NFL.

Out of the seven University of Idaho graduates competing at NFL training camps this preseason, four shouldn’t have to worry as much about making the cut.

One of the most accomplished Vandal athletes of all time, the former two-time NFL All-Pro and four-time Pro Bowler will enter his second season with Seattle, and will again be projected to secure a starting nod at left guard.

In April, the 33-year-old Iupati signed another one-year deal with the Seahawks after a Pro Bowl alternate season in 2019, during which he garnered praise from Seattle’s staff, fighting through injuries to start 15 games, allowing five sacks and committing eight penalties in 1,015 snaps.

Iupati, a consensus All-American at Idaho and the 17th overall pick of 2010’s NFL draft, has spent the entirety of his 10-year career in the NFC West.

The 6-foot-5, 330-pound native of American Samoa was among the league’s best young guards while playing for the San Francisco 49ers, with whom he appeared in a Super Bowl XLVII loss in 2013.

Despite grappling with injuries between 2015-18, Iupati was still regarded by most as the Arizona Cardinals’ top man in the trenches, and among the NFL’s elite interior linemen.

Now he is settled in even closer to his adopted home in southern Idaho, and his alma mater — which he returns to every so often, most recently last year to celebrate the 10-year anniversary of his ’09 Humanitarian Bowl team. And he’ll again be blocking for a Super Bowl-contending Seattle team, with an MVP-contender quarterback at the helm in Russell Wilson.

“It’s always positive, that’s what I like about Seattle,” he told the Spokesman-Review in December, adding: “I’m just blessed to be here. I’m grateful for this organization, the coaching staff. It’s been awesome.”

Mayowa, a former Super Bowl champion Seahawk as a rookie, will reunite with his first pro team, and with his one-time Vandal teammate, Iupati.

“(Seattle) is where I started, so I’d love to end there,” he said this spring. “Honestly, it’s just the culture there, the coaching.”

The 6-3, 265-pound defensive end, who in April signed a reported one-year deal worth $3 million, has appeared in around 30-40 percent of defensive downs for each of the three organizations he’s played for between now and the end of his inaugural NFL season.

Mayowa’s finest campaigns include 2016 in Dallas, 2018 with Arizona and last season in Oakland. As a first-year Cowboy, he compiled a team-best six sacks; in his second year as a Cardinal, he registered 11 tackles for loss; as a rotational pass-rushing Raider, he pocketed seven sacks, second on the team.

Career-wise, he’s sitting on 131 tackles (34 for loss), six forced fumbles and 20 sacks in 2,366 snaps played over seven seasons, and 87 games. The 28-year-old was tracked by football data website Next Gen Stats last season as having the second-quickest jump off the line in the league.

The Inglewood, Calif., product and 2012 UI graduate is listed atop ESPN’s preemptive depth chart at right D-end. He said he’s yet to hit his peak, and expects to push the Seahawks’ group of D-linemen, and vie to start opposite his former Vandal teammate.

“It’s different for everyone, but if you know my story, the background for me, it’s just having a chip on my shoulder,” Mayowa said. “That hasn’t left. It’s about not getting complacent. It’s repetition, and opportunity.”

In roughly a decade, Davis has gone from suiting up at Asotin High and contending for Class 2B Washington state titles in the Tacoma Dome, to providing guidance to newcomers as a respected NFL veteran, an adaptable mainstay on the Miami Dolphins’ offensive line.

Davis, now a fourth-year starter in Miami and the franchise’s most tenured O-lineman, is a team captain, alongside veteran quarterback Ryan Fitzpatrick and safety Bobby McCain, per a piece from the Sun-Sentinel.

The humble and mild-mannered 6-6, 320-pounder has played each position on the Dolphins’ O-line, save center, since emerging off the practice squad early in the 2017-18 preseason — getting his shot, then proving himself when Miami’s line was devastated by injuries. He’d briefly considered dropping football after injuries led him to be cut by Seattle in 2015.

But in his breakout 2017, Davis became one of just five Dolphins to ever start at three separate O-line positions in one year, solidifying trust with the staff, and cementing a role as a Swiss-Army-Knife hog.

In 2018, he played all 920 possible offensive snaps at right guard, then was shifted to right tackle last season to “solve a problem,” he said then. Davis was a bright spot for an otherwise tough blocking year in Miami. Of his 975 reps, he committed only four penalties, and yielded four sacks while tussling with a lingering shoulder injury most weeks.

Per the Sentinel, Davis has been charged by coaches to keep sharp at every O-line position, and Davis feels “it doesn’t matter” where he lines up — his career has been rife with effective adjusting.

“Be the good guy, just be likable, be someone the organization wants around,” said Davis, a former UI strong tackle who started his collegiate career on defense. “There wasn’t a secret recipe, it’s more your character, and how well you can learn on the fly.”

The former 1,000-yard Vandal rusher in 2015 signed a two-year contract extension with the New York Giants in March, retaining his post as a flex, blocking-first back for the franchise.

Penny appeared in 127 offensive plays and 227 on special teams as a Giant last season. He totaled 39 yards rushing on 15 carries, and added a pair of short receptions.

Penny, at 6-2 and 235 pounds, assisted on a couple of touchdowns throughout the year, fashioning running lanes in the red zone on dives for standout N.Y. back Saquon Barkley. Penny’s special-teams highlight came Oct. 20 against Arizona, when he chased down and corralled a blocked punt in the end zone for 6.

Penny, the older brother of Seahawks running back Rashaad Penny, was signed as an undrafted free agent to the Cardinals’ practice squad in 2016.

He had 124 yards and two touchdowns on 31 carries as a Cardinal before being swiped by the Giants in September 2018. Since, he’s become a dependable, multipurpose pro in The Big Apple.

The Lakewood, Calif., product’s 2015 Vandal campaign ranks eighth in program history in terms of rushing yards, and second in yards per game (127.8).