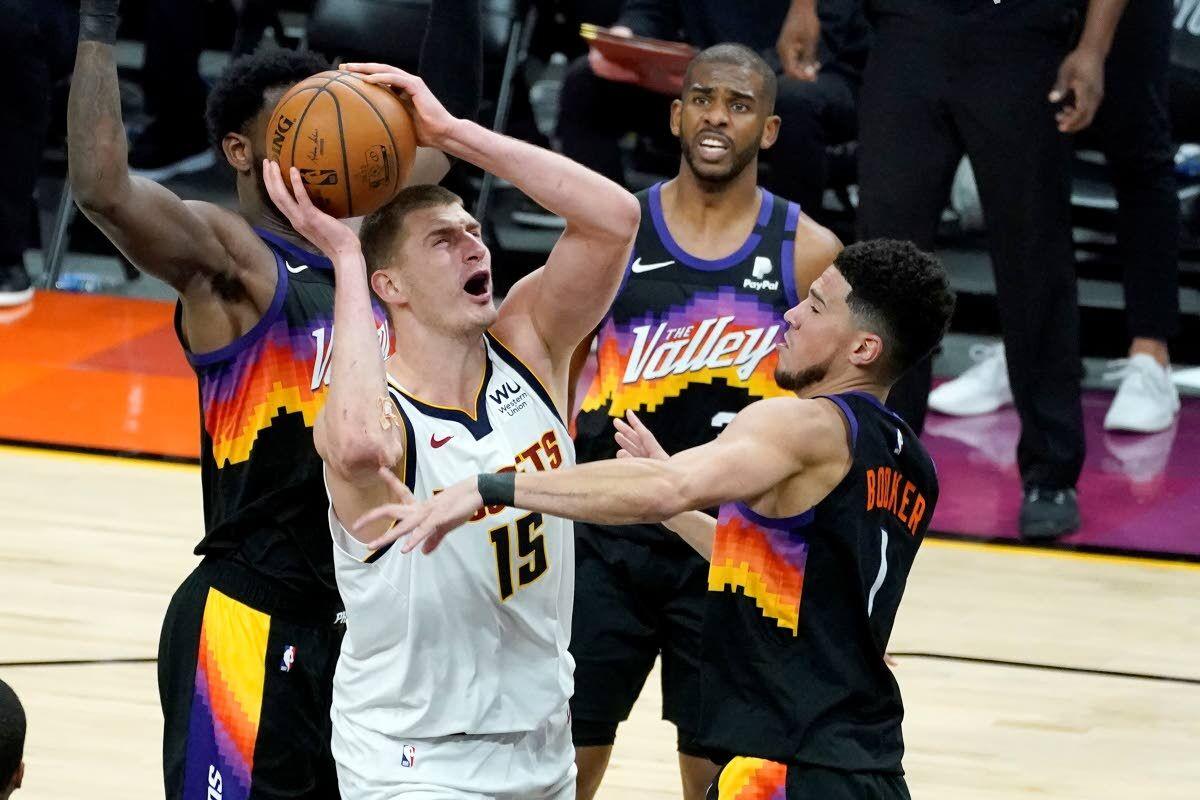 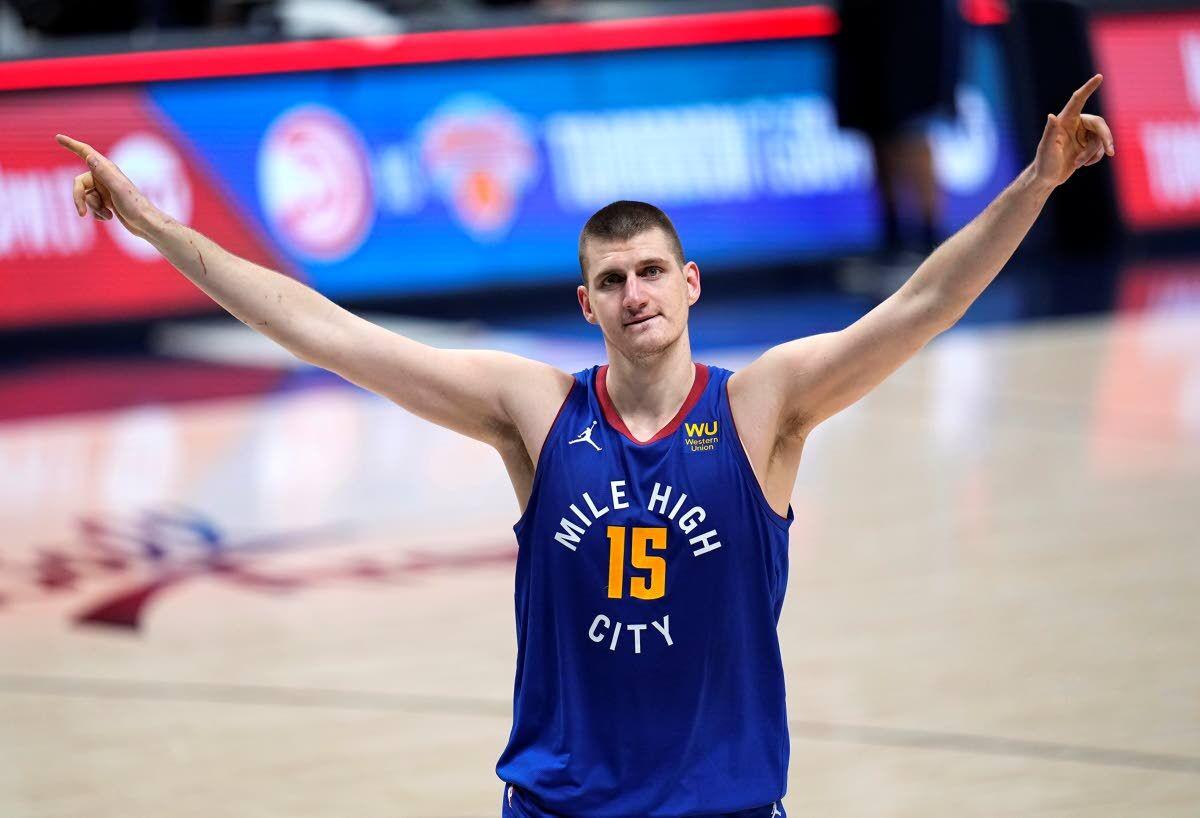 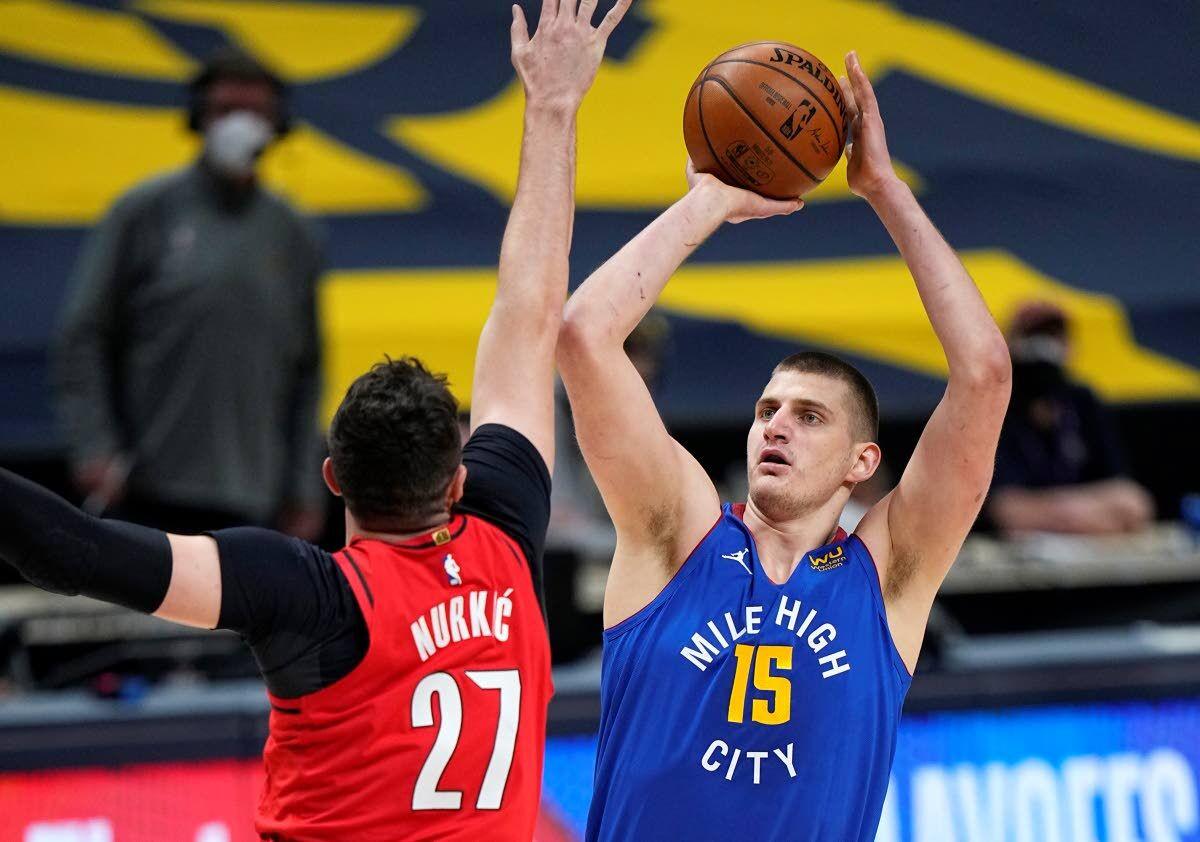 DENVER — Nikola Jokic was selected with the 41st draft pick when he entered the NBA seven years ago.

Now, by overwhelming consensus, he’s No. 1.

The Nuggets’ big man was revealed Tuesday as the NBA’s Most Valuable Player for 2020-21, making him the lowest draft pick ever to win the award. “The Joker” now has his name etched alongside the greatest players in league history, which surely seemed unlikely when he was that unheralded prospect out of Sombor, Serbia, in 2014.

“To be honest, I didn’t even think I would be in the NBA,” Jokic said. “My goal when I started to play basketball back home, it was playing in Euroleague because that was kind of the closest top league to my country.”

Jokic was the runaway winner, getting 91 of the 101 first-place ballots cast — 100 of them from a global panel of sportswriters and broadcasters who cover the league, the other being an aggregate first-place ballot compiled from fan voting.

That fan vote was the outlier: It went to 2011 NBA MVP Derrick Rose of the New York Knicks, the only vote Rose got.

“I couldn’t do it by myself. It’s an individual award, but it’s the effort of everybody.”

The previous record-holders for lowest draft picks who became MVPs were Steve Nash and Antetokounmpo, who each were chosen 15th overall. Antetokounmpo won the MVP award each of the past two seasons.

“First of many,” Nuggets coach Michael Malone said. He wore a T-shirt with some of the knocks that Jokic has heard through the years, including “Can’t Jump,” “Flopper” and “Poor Defender.”

The back of the shirt told a different story: “MVP. Joke’s On You,” it said.

James got one fifth-place vote — extending his streak to 18 years with at least one vote in the MVP race.

Jokic’s rise was meteoric, but not totally unexpected after the way he played in recent years. Even Kobe Bryant, back in 2019, said he had challenged Jokic to fulfill his potential and win an MVP award.

Challenge accepted. Challenge met. And now, Jokic has the trophy that Bryant won in 2008.

“MVP! BEST PLAYER IN THE NBA!” Nuggets teammate Will Barton posted on Instagram.

“I couldn’t win it without you guys,” Jokic told his teammates when the word came.

Jokic had a league-high 60 double-doubles and added 16 triple-doubles — second-most in the NBA behind only triple-double king and former MVP Westbrook — this season. Jokic’s scoring average jumped from 19.9 points per game last season to 26.4. He tied his career high with 10.8 rebounds per game and his average of 8.3 assists was just shy of Wilt Chamberlain’s all-time season average (8.6) for a center.

“The Denver Nuggets drafted me, it was an opportunity for me to become an NBA player,” Jokic said. “I think I did a good job of using that opportunity.”

A year after leading the Nuggets to the Western Conference final series in the Walt Disney World bubble in Florida, Jokic steered his team through a trying season marked a rash of injuries, most notably to fellow star Jamal Murray, who tore his left ACL in April.

Amid all those injuries — not to mention a jampacked season where virtually everyone got some rest along the way — Jokic was a rare everyday player, a big man who logged big minutes. He’s the only player to start all of his team’s regular-season games in the past two seasons, being on the floor for tip-off all 145 times. Others also have played in every game, but no one else has started them all.

Including playoffs, Jokic has logged 5,766 minutes in the past two seasons. That’s almost 300 more than anyone else; he’s one of only six players to eclipse 5,000 minutes in that span.

Despite that ever-changing cast around him, Jokic guided Denver to the No. 3 playoff seed in the West. Behind Jokic, the Nuggets went 13-5 after Murray tore his ACL on April 12 and he led Denver past the Portland Trail Blazers in the first round of the playoffs.

“Life’s about little moments,” Malone said late in the regular season. “And Nikola’s got about 56 moments where he’s shown he’s the MVP.”