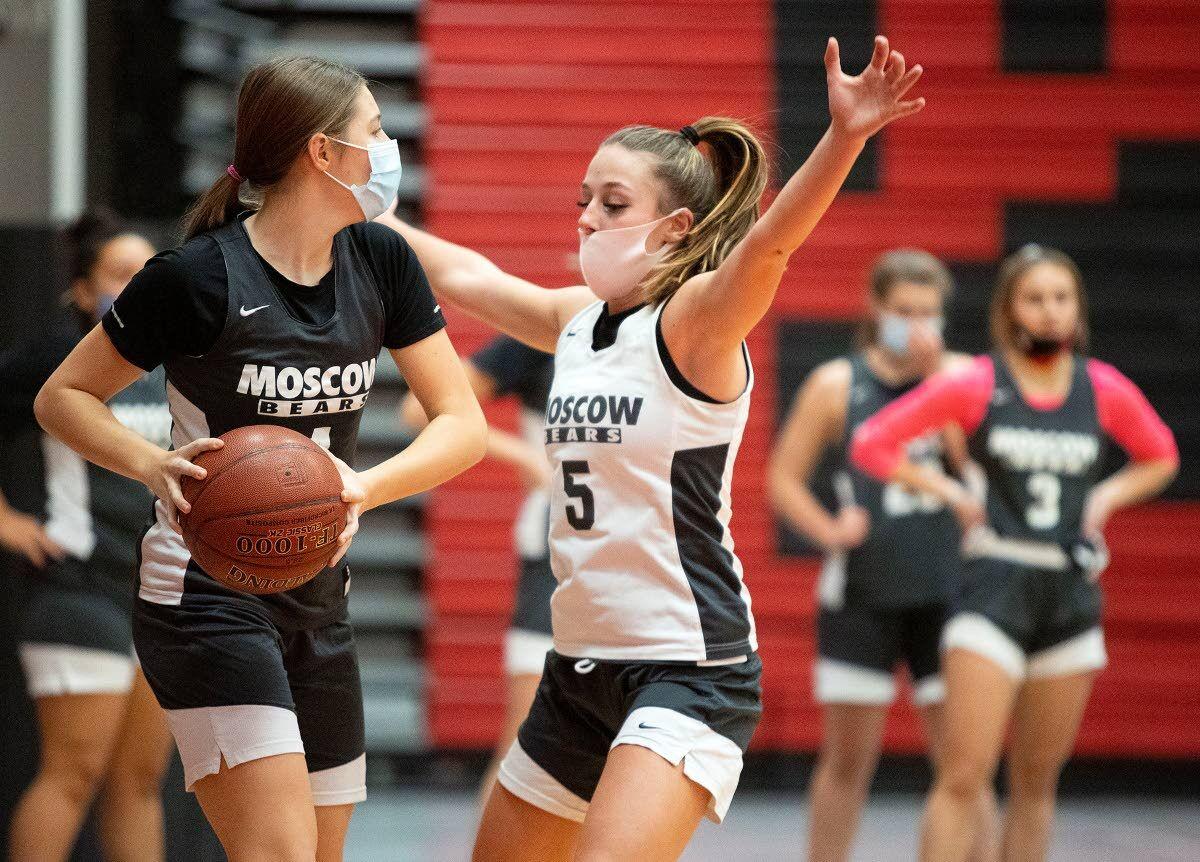 Geoff Crimmins/Moscow-Pullman Daily NewsMoscow’s Megan Heyns (left) looks to pass around a teammate during a practice Thursday. The Bears start their season today at Lewiston. 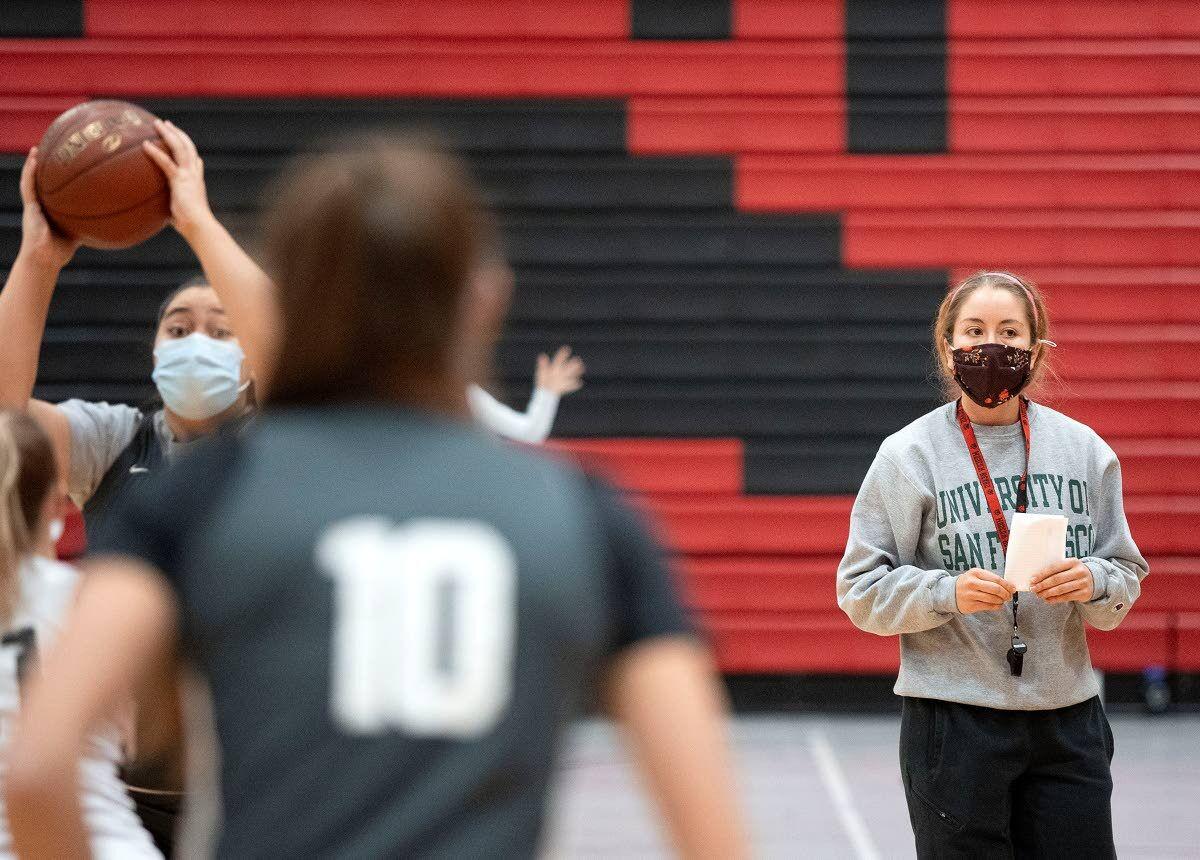 Geoff Crimmins/Moscow-Pullman Daily NewsMoscow’s Megan Heyns (left) looks to pass around a teammate during a practice Thursday. The Bears start their season today at Lewiston.

When the Moscow girls’ basketball team opens its long-awaited season today, there will be a familiar face on the opposing bench.

The Bears begin their season at 2 p.m. at Lewiston High School, where former coach Karlee Wilson now coaches the Bengals at her alma mater.

Moscow originally was scheduled to open Friday against Lake City, but the game was canceled because of coronavirus concerns at the Coeur d’Alene school.

The Bears are just happy, and thankful, to be playing.

“The team has been really good, rolling with the punches,” first-year Moscow coach Alexa Hardick said. “I told them ahead of time it’s going to be a crazy year, and they’ve just stayed really positive and done what they needed to do as far as following guidelines, and sanitizing and wearing masks.”

With only two seniors, the Bears boast a young and energetic team that hopes to rebound from a 1-15 season a year ago.

Hardick said speed and athleticism should be a team strength as the group works on fundamentals and develops to Hardick’s style. The rookie coach joined the Bears after serving several years as an assistant at the collegiate level, including stops at a pair of Denver schools: Regis University and Metropolitan State.

“They’re really good communicators, so that’s been great,” Hardick said. “I really expect us to fly around a bit. We’re going to be all over the place, so I think athleticism should be a strength.”

Watson, a forward, is “super athletic, really good rebounder (and) really good finisher around the rim,” while Lassen also boasts the ability to get to the hoop.

The versatile Heyns can play every position.

“That’s why we love her,” Hardick said.

While today’s game will count as a nonleague contest, one change in the Inland Empire League this season is the combination of Class 4A and 5A teams into one league. That means in addition to playing Sandpoint and Lakeland, games against the league’s four 5A teams — Lewiston, Coeur d’Alene, Lake City and Post Falls — will count in the standings.

“I think it’s good to play bigger schools, better competition, ’cause that just gets us ready for the 4A schools too,” Hardick said. “We’re just going to go into every game and do our best. Personally, I’m excited to play more teams. I think it will be a good challenge.”

No matter who they’re playing, it will be a quiet atmosphere at IEL games this season. Fans are not allowed because of COVID-19 concerns.

That means the teams will have to draw in energy from their teammates, coaches and personnel.

“Our athletic trainer said she was going to bring signs for us and yell really loud too,” Hardick said.