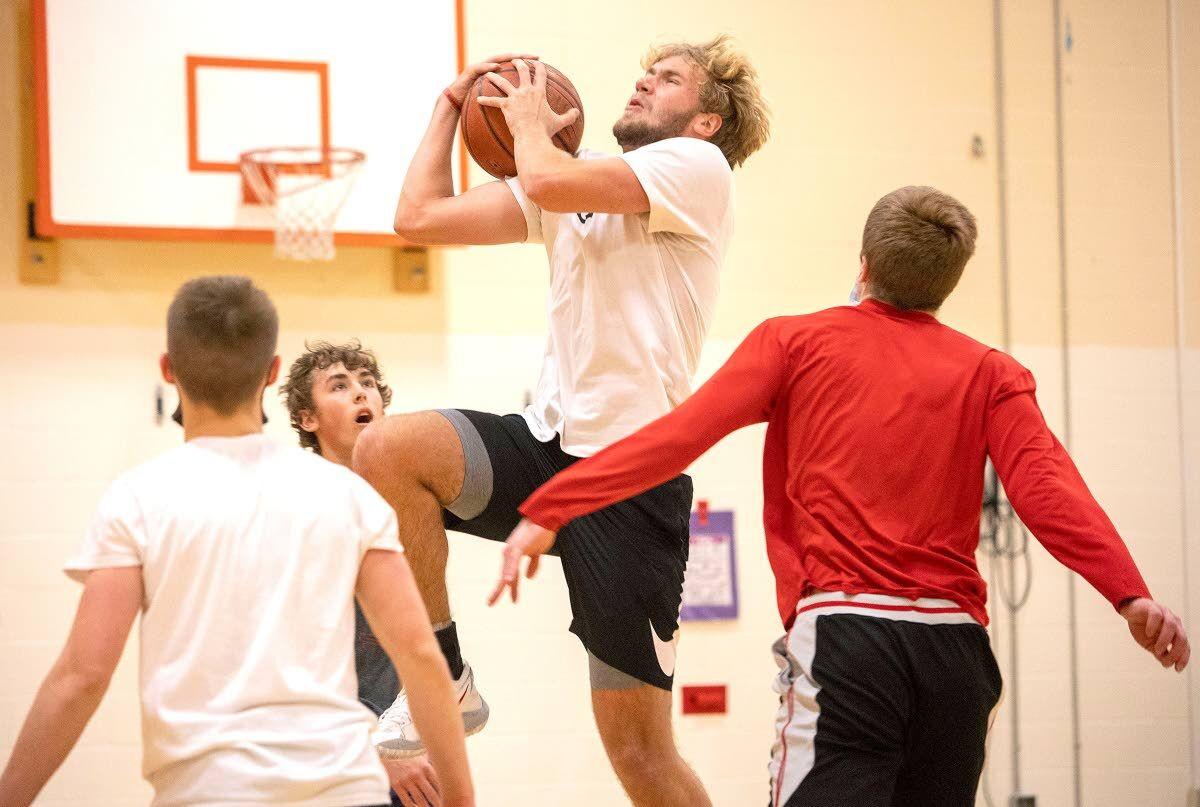 Geoff Crimmins/Moscow-Pullman Daily NewsBenny Kitchel grabs the ball during a drill Monday at a Moscow basketball practice at McDonald Elementary. 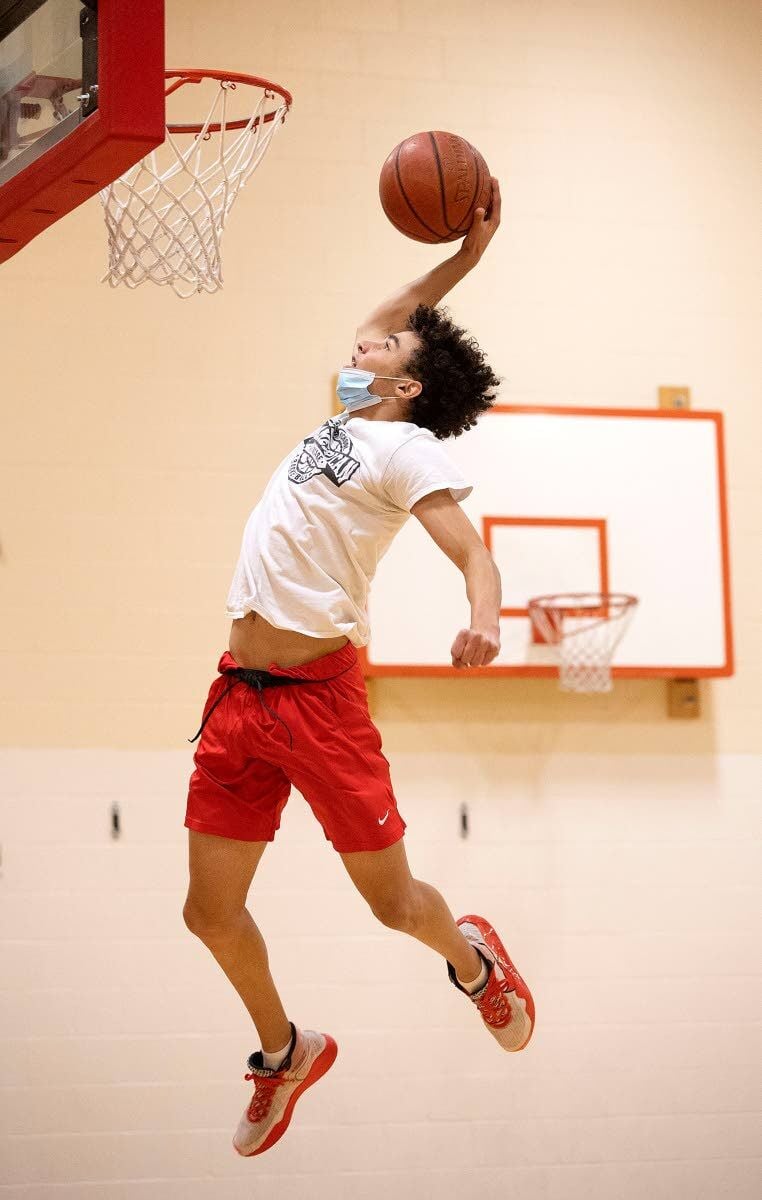 Moscow's Jamari Simpson puts up a shot during a practice on Monday at McDonald Elementary School in Moscow.

Geoff Crimmins/Moscow-Pullman Daily NewsBenny Kitchel grabs the ball during a drill Monday at a Moscow basketball practice at McDonald Elementary.

Moscow's Jamari Simpson puts up a shot during a practice on Monday at McDonald Elementary School in Moscow.

Being the underdog is nothing new for the Moscow boys’ basketball team.

Just ask the returners from last season’s unranked Bears squad that took its talents all the way to the Idaho Class 4A state championship.

Sixth-year coach Josh Uhrig must replace three starters from that 17-10 team that lost to powerhouse Preston 59-43 in the title game. But Uhrig returns arguably his most important cog in the Moscow machine.

Senior guard/forward Benny Kitchel was not only Moscow’s leading scorer (12.5 points per game), he was also tasked with guarding the opposition’s best player. At 6-foot-4, the multifaceted Kitchel can guard — and play — every position on the floor.

Kitchel and the Bears open the season today against 1A Genesee at 7 p.m. at Bear Den. COVID-19 protocols prohibit fans from attending basketball games this season both in the Inland Empire League and Whitepine League.

But Uhrig said the Bears are thankful just to be playing.

“We’re just excited and thankful to be back in the gym, and excited for every day that we have this, so hopefully we can keep it going,” Uhrig said. “The kids are doing everything the right way to try to make sure they have a successful season.”

Moscow’s other top returner is junior point guard Jamari Simpson, who shot 80 percent from the free-throw line and dished a team-high 2.9 assists per game last season.

“(Simpson) sees the floor so well, understands the reads he needs to make and makes sure all the guys are in the right spots,” Uhrig said. “He’s just a floor general I have to have out there and he does a great job with it and really owns the position.”

Moscow took its biggest hit at the post position, where it lost 14 rebounds per game with the departures of Ben Postell to graduation and Blake Buchanan to transfer. Buchanan, the 6-foot-9 son of University of Idaho volleyball coach Debbie Buchanan, now is enrolled at Lake City High School in Coeur d’Alene.

Picking up the slack will be seniors Joe Colter and Tyler Skinner, although Uhrig said rebounding will be a team effort.

“Now it’s gotta be a team mentality, where we’ve all gotta get those rebounds,” Uhrig said. “We’ve all gotta put a body on a guy to get them. It doesn’t change what we do, it’s just going to be more emphasis on those things.”

No one encompasses that philosophy more than junior Barrett Abendroth. Not a flashy scorer, Abendroth enjoys doing the “dirty work” on the basketball court, like grabbing tough rebounds and diving for loose balls.

“There’s not a loose ball that he doesn’t come up with or isn’t in the mix with,” Uhrig said of Abendroth. “He’s got a hard nose, likes to do the dirty work, floor burns — whatever it takes to gain every possession for us.”

That’s the kind of player that the defensive-minded Uhrig likes to use in his system. The Bears last year allowed teams to score more than 60 points just six times in 27 games.

Missing from this year’s slate are a pair of Moscow’s toughest games each year against border rival Pullman, and Clarkston, of the Greater Spokane League.

However, Moscow may still have a tougher schedule than years past. The IEL this season will combine the standings between its 4A and 5A teams. So instead of just playing Lakeland and Sandpoint, the Bears also have conference games against Lewiston, Lake City, Post Falls and Coeur d’Alene.

The change was made in the offseason in hopes of building a stronger league and easing scheduling difficulties in geographically remote northern Idaho.

“That’s a big (reason) why I’m pretty excited about the combined league, is more meaningful games,” Uhrig said. “You can’t take a day off — every game matters.”

Stephan Wiebe can be reached at swiebe@dnews.com, by phone at 208-883-4624 and on Twitter at @StephanSports.