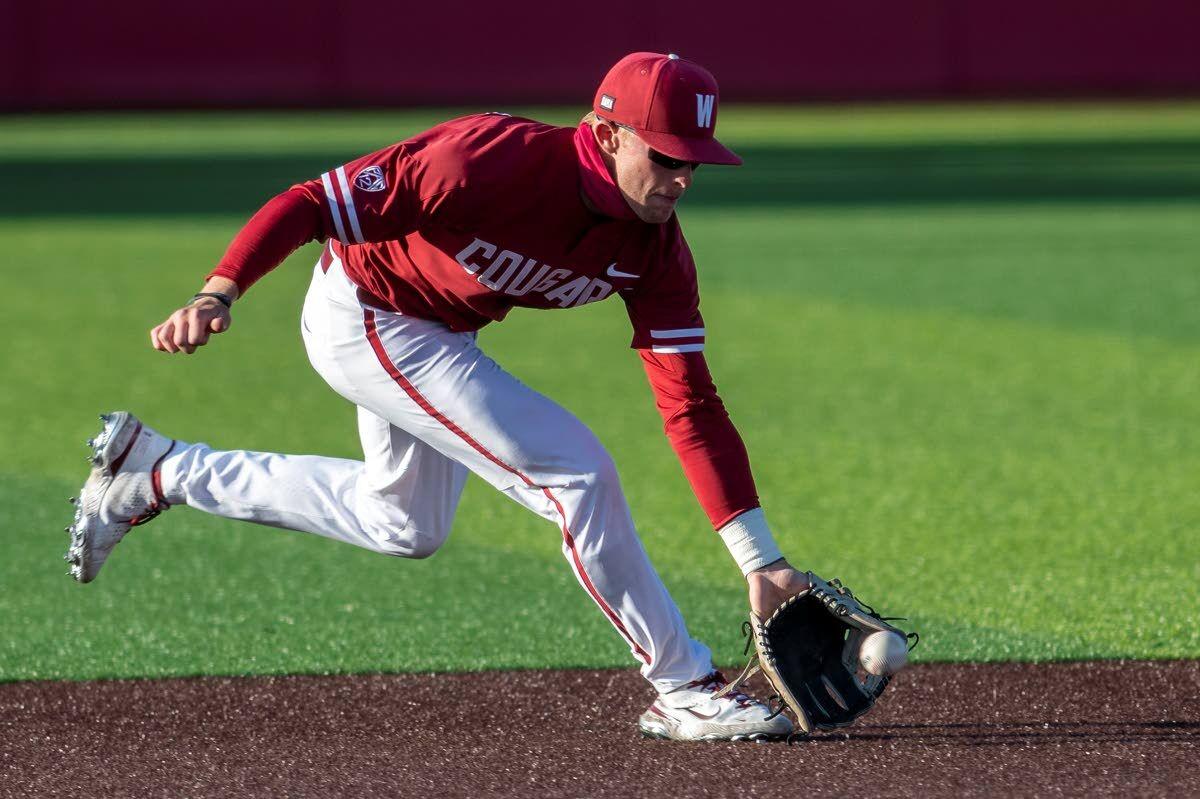 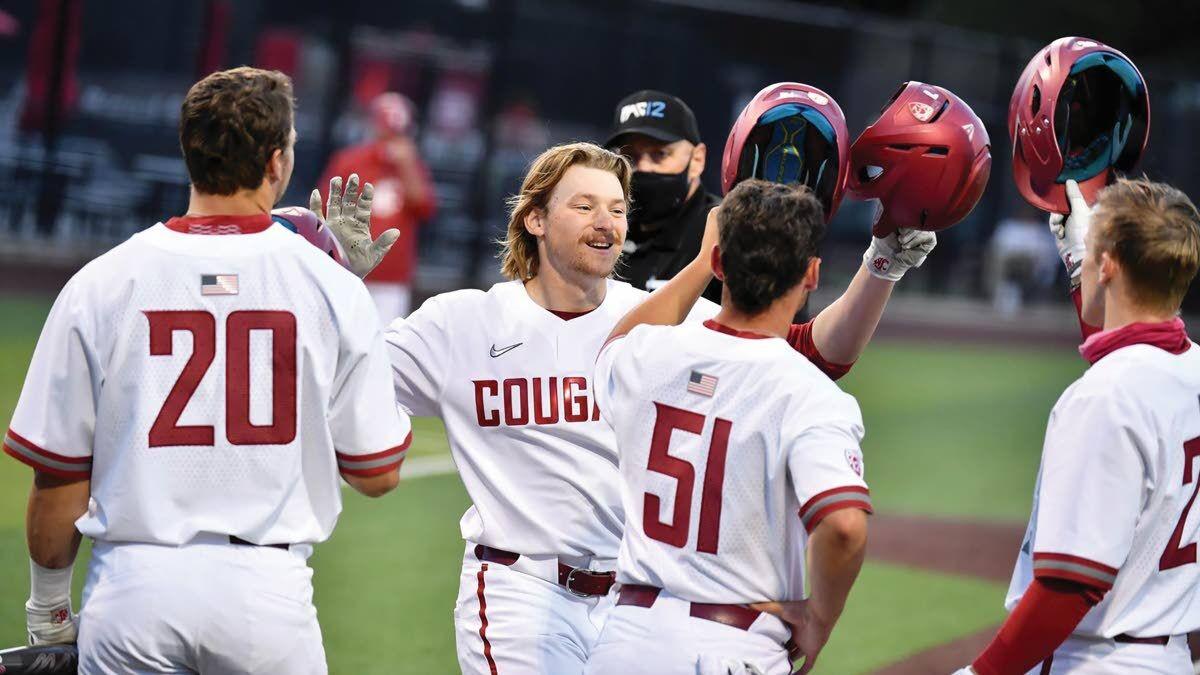 Washington State junior Kyle Manzardo is the only player nationally who has hit 10 or more homers, 15 or more doubles and has 50 or more RBI.

Washington State junior Kyle Manzardo is the only player nationally who has hit 10 or more homers, 15 or more doubles and has 50 or more RBI.

Initially, the Cougars’ baseball team was concentrated on swinging the program’s outlook in an optimistic direction under a second-year coach, laying the groundwork for WSU to become an NCAA World Series qualifier in the near future.

But at this rate, the “Back to Omaha” rebuild seems to be ahead of schedule.

“We don’t anticipate any issues coming off a big weekend, but more of, ‘Wow, we’re inching a little bit closer to doing something that’s a legitimate program goal,’ and that’s being .500 in conference,” Cougs boss Brian Green said. “If you do that, you have conversations about the postseason.

“We’ve got a lot to play for. The conversations have certainly changed over the course of the last few weeks.”

After three dominant wins — two vs. No. 8 Oregon — Wazzu vaulted into the top 60 in the NCAA RPI ranking. The Cougs hadn’t taken a series from a top-10 foe in five years.

“We continue to focus on climbing,” said Green, whose team has claimed three of its past four Pac-12 series. “That was obviously an unbelievable weekend for us, and something we haven’t done in a while. But we talked about that going into last weekend: ‘Guys look, we’ve been in a lot of games.’ ”

The WSU offense has emerged among the conference’s most formidable. It produced an average of 12.7 runs per game in the past three contests, pushing its total of games with 10 or more runs to 13 on the year.

The Cougs rank in the top 10 nationwide in team batting average (.305) and doubles (92). They're second in the Pac-12 in runs per outing (7.33). All nine bats in the standard lineup are any-game threats, with power potential.

First baseman Kyle Manzardo, a preseason All-American out of Coeur d’Alene, is one of the nation’s top hitters. He boasts a team-high .387 average, and is the only player nationally with 10-plus home runs, 15-plus doubles and 50-plus RBI.

Manzardo has been on fire lately since a slight lull in April.

“He went through a little stretch where he was early and where he was just underneath the ball,” Green said. “A mechanical tweak here and there, not much. He really pays attention. ... Manzo’s such a good hitter that I think it was just circling back around.”

“It’s an awesome story because he really went from one level to another on defense, and it’s totally based on his work ethic,” he said. “He doesn’t take a rep off. And that’s why he’s a good hitter.”

Mainstay outfielder Collin Montez broke out of a slump last weekend, batting 5-for-9 with three RBI in the final two games of the UO series to boost his average to .329. Senior Jack Smith (.333) and junior Kodie Kolden (.314) are the other most consistent at the plate.

They’re coming off a series win against Oregon State, during which they were limited to 11 total runs by the Pac-12’s top pitching staff.

Before then, the Bruins were held to an average of four runs in a series defeat at Oregon. Their past seven games have been decided by one or two runs.

If a slug-off develops, keeping pace might be a concern for UCLA.

Bruins shortstop Matt McLain has reached base in all but one game. He’s hitting .325 with a 1.010 OPS, 27 RBI and nine homers. Infielder JT Schwartz owns a .381 average and 34 RBI, and fellow infielder Kevin Kendall is batting .352, but no other regular starter hits above .300.

Dakota Hawkins (4-5, 5.36 ERA) likely is in line for Sunday, but Green left the door open for relievers Tyler Hoeft or Grant Taylor to make a spot start.

Wazzu used eight relievers Wednesday in a nonconference blowout of Seattle U. The Cougs remain in search of stable bullpen arms. That’s been their primary shortfall.

“We’ve got five or six guys that have really been effective, then that seven through nine, 10 to 11 in conference play has been a revolving door of guys executing, throwing strikes and being confident,” Green said.

The Bruins’ team ERA stands at 3.37 — 13th nationally. Their starters have allowed three or fewer runs in 33 of 39 games, and strike out 9.8 batters per nine innings. Mullens is second in the conference with 73 strikeouts.

UCLA is on a seven-game winning streak vs. WSU, which has taken just one set from the Bruins since 2010.

Another ranked series victory, and the Cougar clubhouse conversations might start to center around the NCAA tournament.