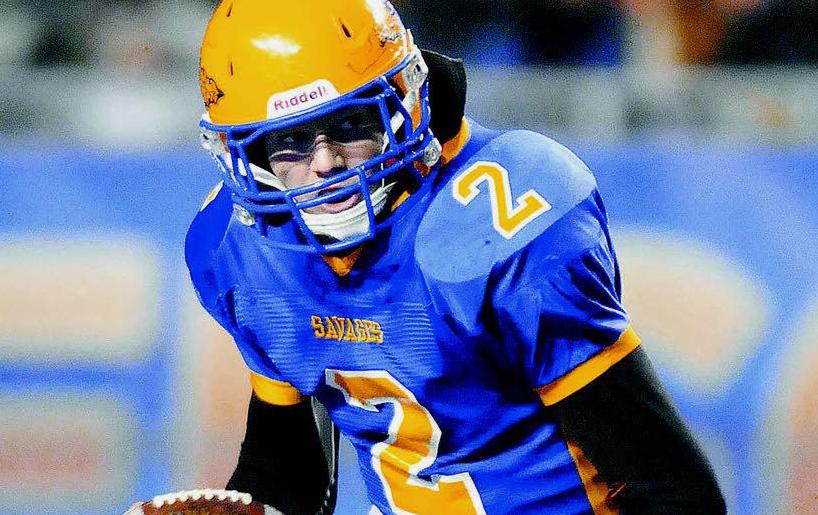 Salmon River's Leighton Vander Esch finds an opening in the Council defense for a big gain during second-quarter action Friday. 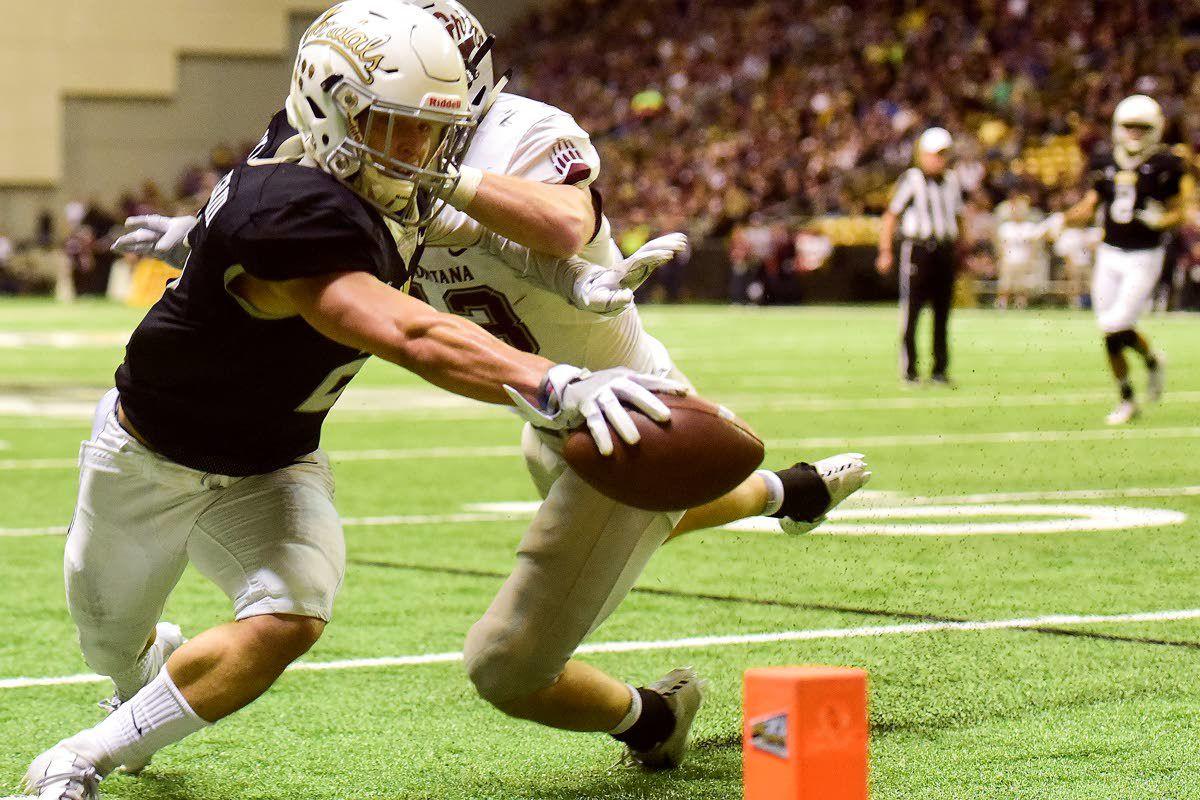 Tribune/Pete CasterIdaho wide receiver David Ungerer reaches the ball over the pylon during a 2018 game against Montana. Ungerer was taken 11th overall in the CFL draft. 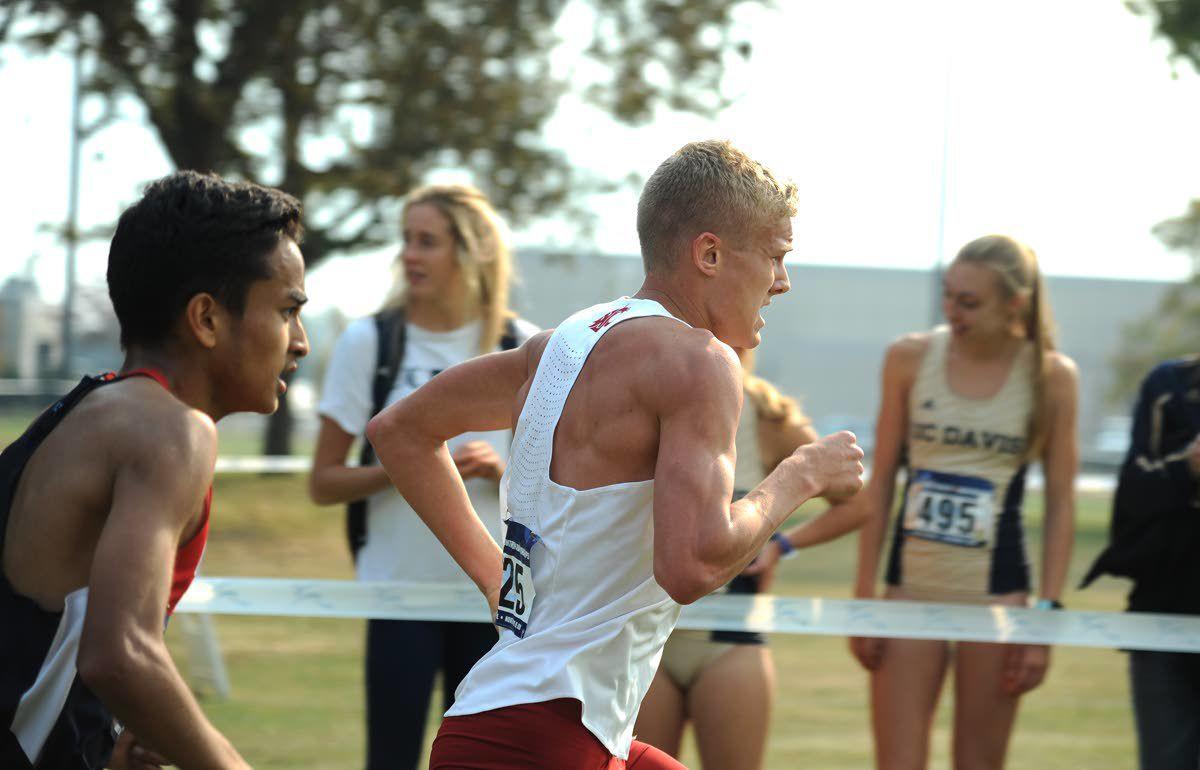 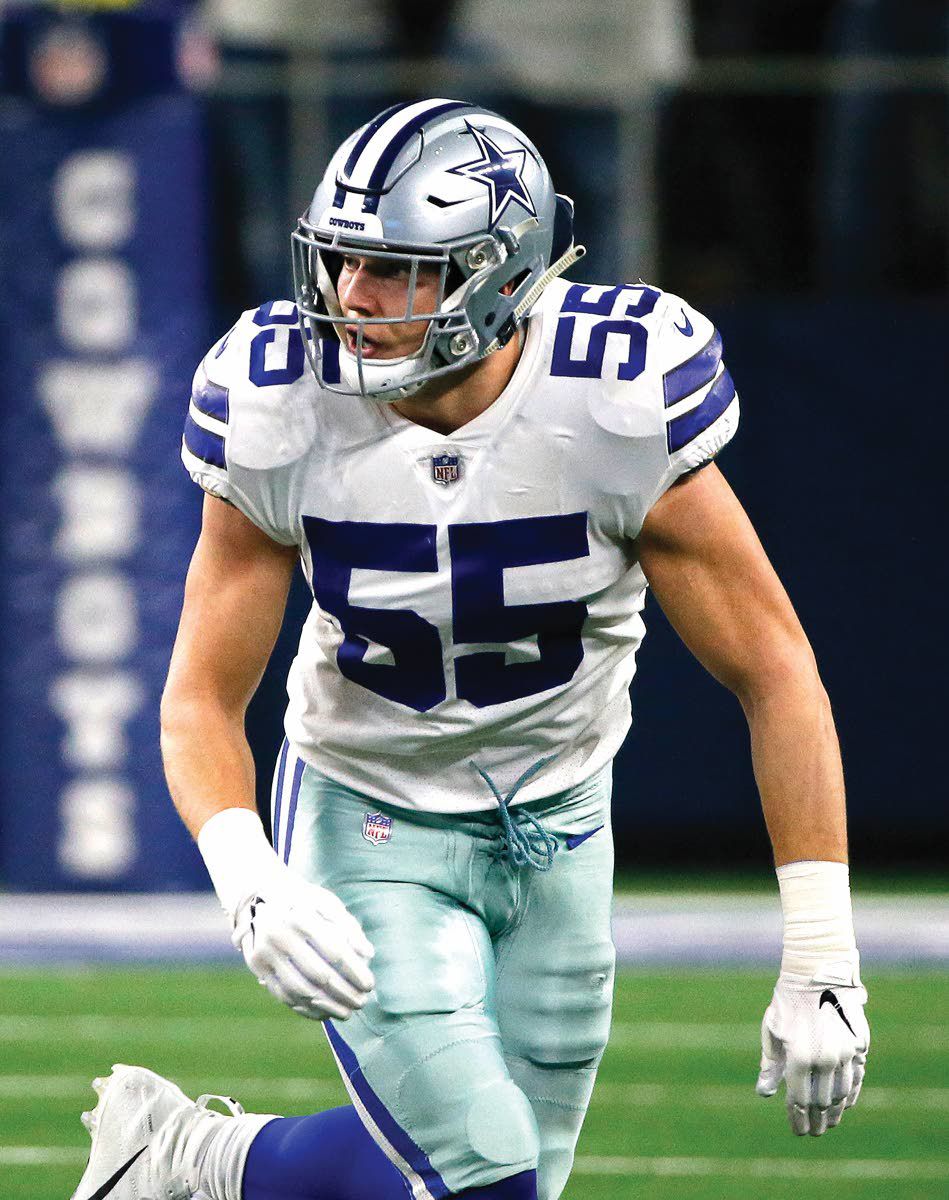 Salmon River's Leighton Vander Esch finds an opening in the Council defense for a big gain during second-quarter action Friday.

Tribune/Pete CasterIdaho wide receiver David Ungerer reaches the ball over the pylon during a 2018 game against Montana. Ungerer was taken 11th overall in the CFL draft.

Without further ado, here is our rundown of the athletes raised in the region who played sports at the college or professional level this past autumn. Our rundown of athletes who played winter sports will run in Friday’s edition.

 Vander Esch wasn’t the only local product to play in the NFL this past season. Asotin High graduate Jesse Davis, 27, earned a starting job with the Miami Dolphins at right guard — and played every offensive snap. The Dolphins went 7-9.

 No college team in the country listed more athletes who grew up in the Tribune’s circulation area on its roster than the University of Idaho football team, which listed nine such individuals — including two who competed with each other for snaps under center for the Vandals. Those were Mason Petrino of Pullman High and Colton Richardson of Lewiston High. Petrino, a junior, played in all 11 games for the Vandals and proved a dual threat — completing 199 of his 333 pass attempts for 1,933 yards, 15 TDs and eight interceptions while also rushing for 245 yards and three scores. Richardson, a sophomore, completed 30 of 58 passes for 434 yards, five TDs and four interceptions despite missing five games due to injury, including UI’s final three. The Vandals finished their year 4-7 while making their return to the Football Championship Subdivision level (formerly I-AA).

 Idaho’s quarterbacks often found themselves throwing to a senior wideout who also had local roots — David Ungerer, a Pullman High graduate who played in high school with Petrino. Ungerer started in 10 of the Idaho football team’s 11 games — and, after leading the Vandals with 69 catches, 697 receiving yards and ranking fifth nationally in punt return yardage average (14.1), earned all-league recognition and was drafted by the CFL’s Hamilton Tiger-Cats with the league’s 11th overall pick.

Two area athletes were longsnappers for the Idaho football team. Lewiston’s Alex Boatman, a redshirt senior, played in all 11 games for the Vandals while Cameron Lang, of Pullman High, appeared in 10 games.

 Clarkston High alum Dylan Beeler played on the defensive line for the Idaho football team and worked his way into a starting role by the time the Vandals played their season finale. Beeler, a redshirt sophomore, finished his season with four tackles.

 Genesee’s Cole Allen and Edward Becker, a lineman and linebacker respectively, redshirted for the Idaho football team — as did Pullman High grad Jed Byers, a wideout. Under new NCAA rules, players are able to compete in four college football games without losing their redshirt status — and Becker did just that, appearing predominantly on special teams for the Vandals.

 Troy High alum Will Gram, a senior offensive lineman for the Eastern Washington football team, played in all 15 games for the Eagles of the Big Sky. The Cheney school lost in the FCS national championship and finished its year 12-3.

 Also in the FCS ranks, Genesee’s Reggie Tilleman, a redshirt senior defensive end for the University of Montana football team, recorded 40 tackles in 11 games for the Grizzlies. UM finished its season 6-5.

 Lewiston’s Matt Baldeck, a sophomore reserve long snapper for the University of Michigan football team, was on a Wolverines squad that went 10-2 during the regular season and earned an appearance in the Chick-Fil-A Bowl against Florida.

 Colfax alum Josh Brown, an offensive lineman, completed his junior season with the College of Idaho football team this fall. The NAIA school finished its year on a six-game winning streak to go 6-5.

 Moscow High graduate Kellen Davis wrapped up his career with Montana Tech football team by winning the Orediggers’ Big Man Award. The senior offensive lineman was a three-year starter and a captain this past season. Last weekend, he graduated with a degree in business information technology. (A different version of this item appeared in Thursday's edition.)

 Lewiston’s Tyler Eberhardt played in eight games as a tailback for Rocky Mountain College, picking up 8 yards on three carries and nabbing three receptions for 17 yards during his junior season. The Battlin’ Bears went 8-4 and made the postseason.

 Alex Light of Lewiston hauled in 53 catches for 711 yards for the College of the Siskiyous football team during his sophomore campaign. The Weed, Calif., junior college compiled a 3-7 record.

 Five area athletes played this fall with the Lewis-Clark Valley Loggers football team. Before suffering a dislocated kneecap, Kamiah alum Kaleb Oatman, a freshman, stood out on both sides of the ball, playing linebacker (22 tackles, two fumbles forced, two interceptions, a sack and a fumble recovery) and running back (where Oatman helped key his squad’s lone win by rushing for 86 yards against Central Sound). The Loggers also featured two former Lapwai players, sophomore offensive lineman Dancing Cloud Williams — who anchored the middle of the line for the Loggers at both center and nose tackle — and freshman wideout and cornerback Keith Kipp Jr. — who reeled in 12 receptions for 194 yards and also had 14 tackles. Highland High’s Jared McIlvain, a running back, surpassed the 500-yard mark for all-purpose yardage in his career with the Loggers and Grangeville alum Ben Stowell, a lineman, was the Loggers’ lone senior and a mainstay on the offensive line. Partly because of their youth, the Loggers went 1-7 while playing against a mix of NCAA Division III, NAIA and fellow club competition.

 James Amos, a 2012 Potlatch High graduate, was a tight ends coach for the Montana State-Northern football team — and after the 2018 campaign, was named the school’s safeties coach.

 Colfax graduate Taylor Larsen made nine starts for the Eastern Washington volleyball team before a career-ending injury sidelined her for the remainder of the season. Larsen, a redshirt senior, ranked fifth on the Eagles, with 28 blocks, despite only playing in 10 matches.

 Lewiston’s Maddie Haas appeared in 16 games for the University of Idaho soccer team, starting in three contests and notching one assist. The sophomore midfielder helped UI go 9-7-3 overall and 6-1-2 in the Big Sky.

 Lewiston alum Austin Byrer, a redshirt freshman for the Weber State cross country team, competed in five meets and notched a 10th-place finish in the 7K at the College of Southern Idaho Classic.

 Emilee Schlader, a Lewiston High alum, was named a captain before the season for the Missouri S&T volleyball team, and the junior backed it up with 404 kills. Schlader finished 32nd nationally in the NCAA Division II in points per set (4.37), 41st in kills per set (3.78), and 63rd in kills while helping the Miners to a 15-15 season.

 Former Pullman volleyball standout Sydney Lawrence saw action in 57 sets for the Lewis-Clark State volleyball team during her junior season, recording 94 kills and 16 blocks. The Warriors completed the year with a 17-9 record and a 6-6 showing in the Frontier Conference.

 Clarkston High’s Maddie Hoffman started in nine of the 16 games she played in as a true freshman for Yakima Valley Community College’s women’s soccer team. The rookie forward scored four goals and notched five assists while helping her team to an 8-4-2 record and a fourth-place finish in the East Region of the NWAC.

 Two Clarkston High alums played for the Walla Walla Community College women’s soccer team last fall. Taylen Wohl, a freshman forward, and Kaela Southwick, also a freshman forward, helped the Warriors go undefeated at 14-0-1 during the regular season before losing in the opening round of the postseason. Wohl played in 15 games and scored six goals while Southwick played in 11 games and attemped one shot.

 Pomeroy’s Kacey Halbert was a sophomore libero and defensive specialist on the Walla Walla Community College women’s volleyball team this past fall along with Colfax freshman Abbie Miller, who played the same two spots as Halbert. In 25 matches, Halbert had 465 digs while Miller had 126 digs. The Warriors went 33-8 on the year and finished 13-3 in the NWAC. They went 1-2 in the postseason, losing their last two matches.

 Competing for the Lewis-Clark State men’s cross country team, five local athletes made it to the NAIA National Championships. Clearwater Valley graduate Cole Olsen, a sophomore, finished in 13th at the NAIA meet, with an 8K time of 24:45.0, while sophomore Thomas Weakland, an Asotin High grad, finished in 65th at 25:30.8. Outside the top 100 for the Warriors, Logos alum Jonny Handel, a senior, took 117th (25:50.3), Lewiston alum Sakti Woodbury, a freshman, finished in 155th (26:05.6) and Peter Spencer, a junior from Prairie High, took 201st (26:27.3). At the Frontier Conference meet, freshman Connor Turpin, a Lewiston alum, finished 14th (27:17.2).

 Two local products competed for the L-C women’s cross country team as freshmen: Lewiston alum Miriam Ames, who finished 30th in the 5K at the Frontier Conference Championships in a time of 21:27.8, and Nezperce graduate Jacinta Kuther, who placed 33rd at the league meet, 19 seconds behind Ames.

Clarkston High grad Jake O’Shaughnessy was listed on the roster for the Community Colleges of Spokane men’s soccer team.

Away at School is published periodically. To include collegiate athletes who graduated from high school in north central Idaho or southeastern Washington, submit names to the Lewiston Tribune at (208) 848-2268 or by email at sports@lmtribune.com.