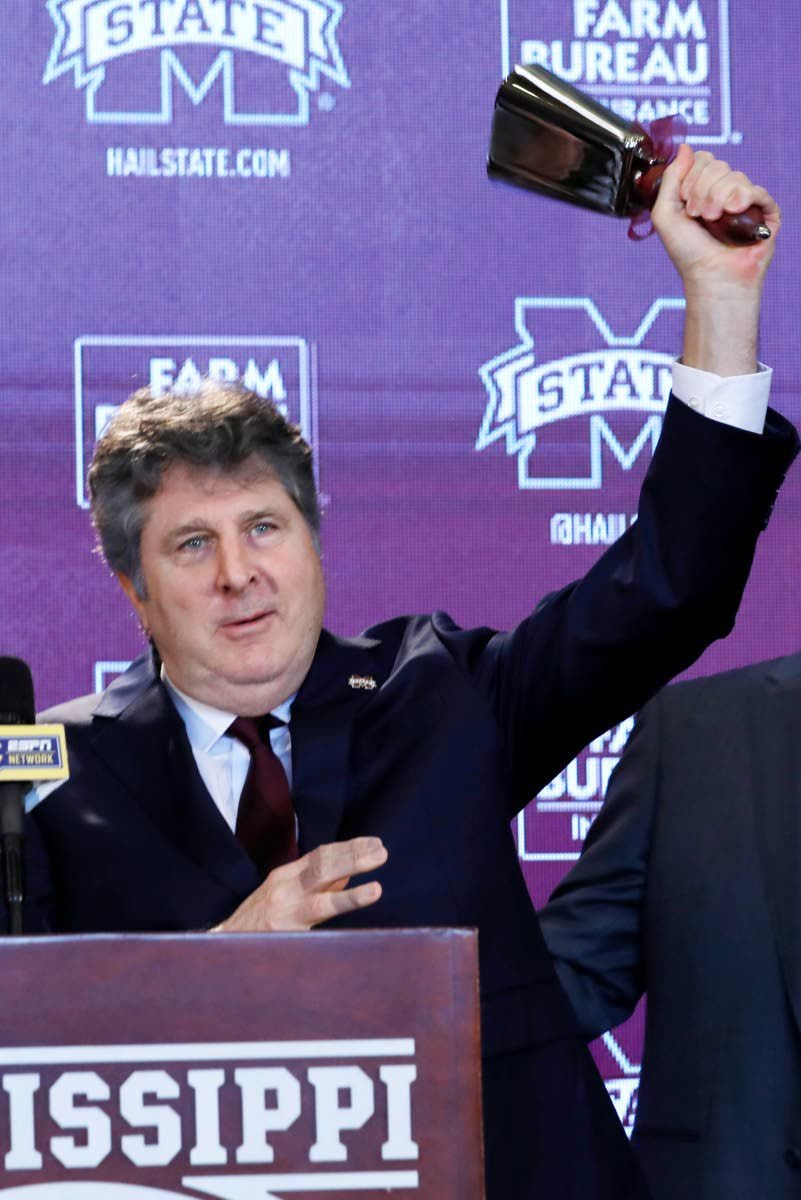 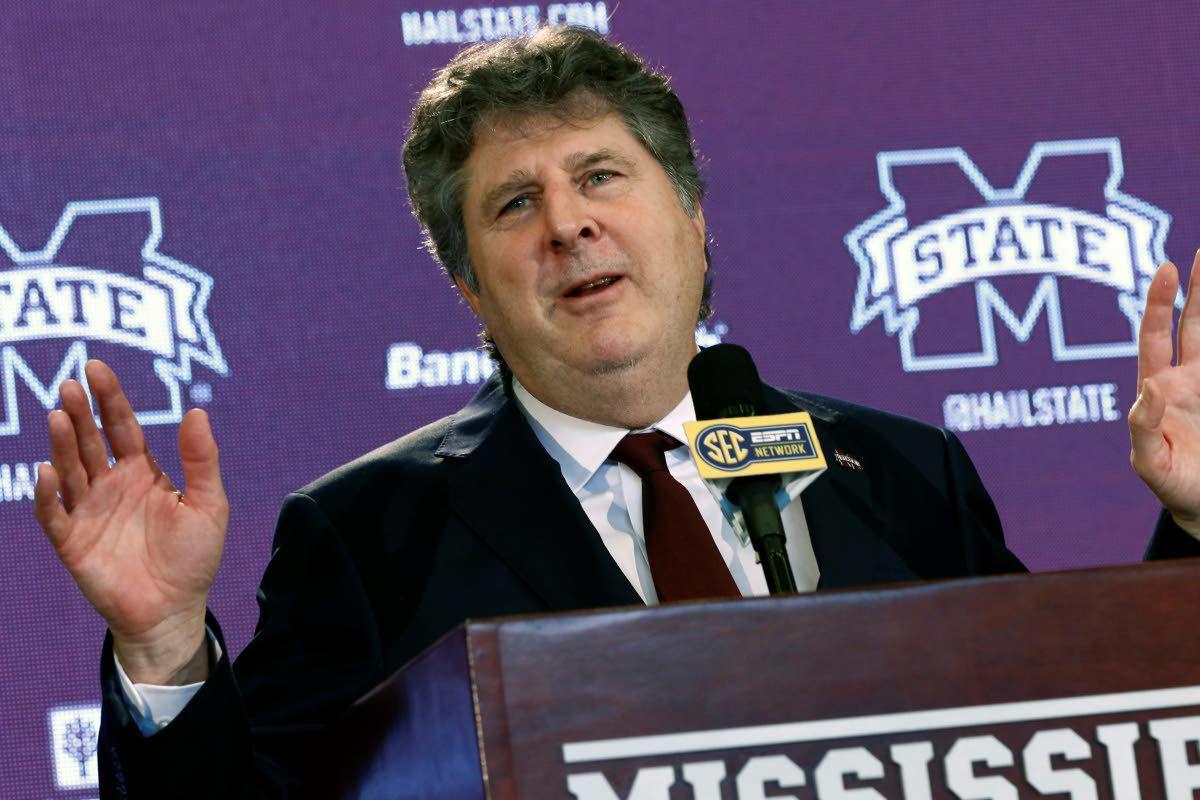 In a news conference that introduced Mike Leach to Mississippi State fans and media, the Bulldogs’ new football coach described the school’s visitors’ locker room — in his memories of two decades ago — as the most inhospitable in the country.

He meant it as a great compliment, and that’s how it was received.

The former Washington State coach seemed to push all the right buttons Friday in Starkville, Miss., putting his combination of old-school values and quirky demeanor on display during a 40-minute question-and-answer session that drew peels of laughter and occasional applause.

“My tastes and view on football and sports are a little different than others’,” he said. “But the old visitors’ locker room at Mississippi State was literally a work of art. Now, it’s an office. As far as I’m concerned, that’s sacred ground.

“Utterly outstanding — just the thought that went into it, the malicious intent,” he said, drawing his biggest laughter of the session. “The, ‘Hey, it’s tough to play on the road’ attitude.”

Leach, whose memories of Starkville stem from his tenure as offensive coordinator at Kentucky in 1997-98, had wanted to visit the sacred ground the previous night, but learned the facilities had been refurbished. Gone, he said, were the 37 nails protruding from the wall, where players were to hang their clothes. Gone was the unique room arrangement.

“Two toilets, with no seats and no lids,” he said. “In the middle, one roll of toilet paper.

“The thing with football, there’s all these memories. There’s stuff you remember all your life. And that’s one of them. I was slightly disappointed that the greatest visitors’ locker room of all time is no more.”

Leach, 58, accepted the Bulldogs job Thursday, ending a successful eight-year stay at Washington State for a chance to run a program in the powerful Southeastern Conference, where legions of fans share his passion for football in all its gritty details.

He agreed to a four-year contract worth $5 million per year in base salary, significantly higher than the $3.75 million he was making at WSU and the $3 million his predecessor at Starkville was getting.

Leach, of course, will employ the same finesse-oriented Air Raid offense at Mississippi State he’d ushered into prominence at Texas Tech and transplanted to WSU. But during his first news conference in Starkville, his devotion to traditional football tenets took center stage.

He replaces Joe Moorhead, who was fired Jan. 3 after two seasons despite a winning record. One reason for the move, it’s thought, was a series of off-the-field incidents, including an alleged fight between two teammates that forced quarterback Garrett Schrader to miss the Music City Bowl with an injury.

Leach spoke with gratitude of Washington State, which had hired him in 2012 at a time when many prospective employers seemed daunted by his bitter departure from Texas Tech two years earlier.

In one comment, he almost confused his old employer with his new one before quickly catching himself.

He praised Starkville in terms reminiscent of his comments about Pullman through the years.

“I’ve always admired Mississippi State and their tradition,” he said. “I don’t now how to describe it. There’s a unique independence that exists with Mississippi State that doesn’t exist in other places. Very direct, very down-to-earth. Everybody’s not running around in linen suits even when it’s their casual time. A gritty toughness here too, that I think allows ... people to get things done.”

Leach himself wore a natty dark suit, with a tie of Mississippi State maroon. He appeared to have run a comb through his wavy hair, which isn’t always the case. In a moment of mock-vanity, he said, “What do you think of this suit?” and he stepped away from the lectern to briefly show it off.

Then, breaking into one of his barely discernible grins, he warned these folks not to expect natty suits from him often.