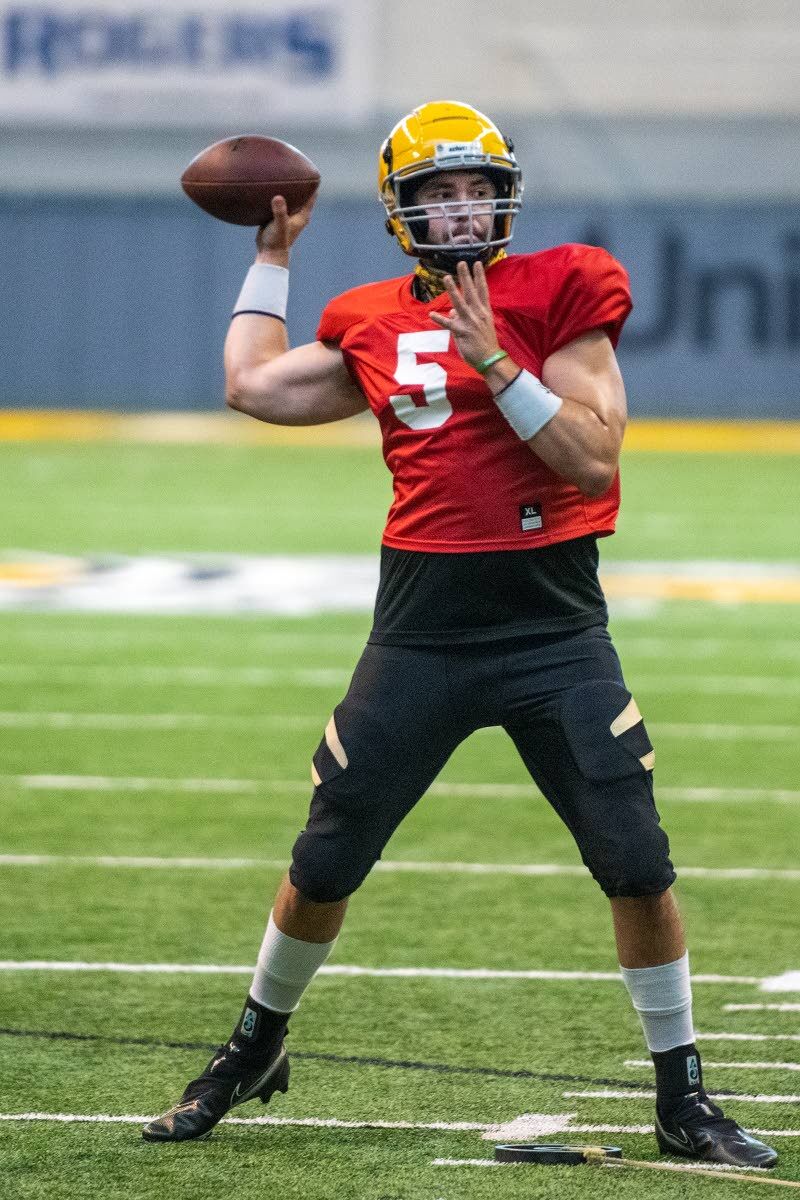 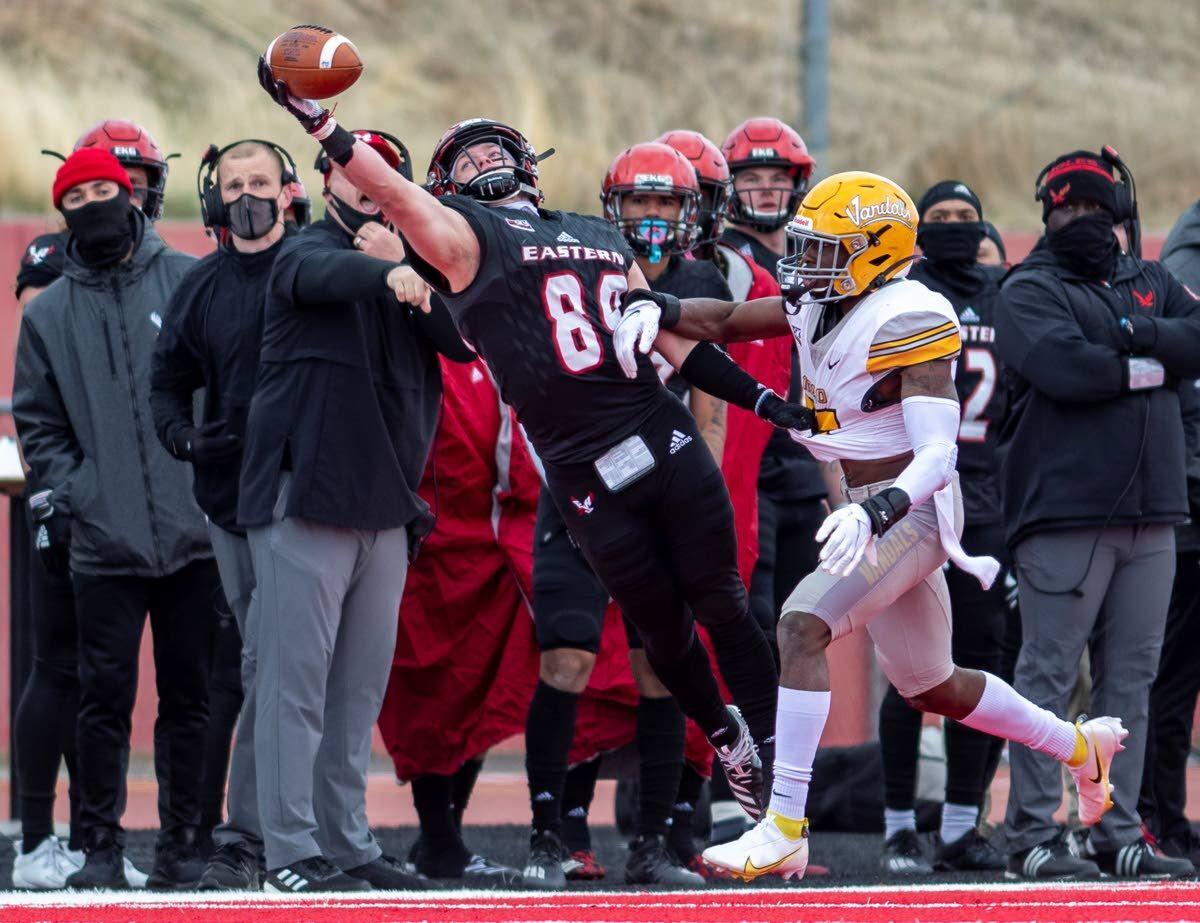 Idaho defensive back Jalen Hoover, right, is expected to be back in the lineup after missing Saturday’s game against Portland State. Hoover has seven tackles and one pass breakup on the season going into this weekend’s game at Eastern Washington.

Idaho defensive back Jalen Hoover, right, is expected to be back in the lineup after missing Saturday’s game against Portland State. Hoover has seven tackles and one pass breakup on the season going into this weekend’s game at Eastern Washington.

The latter, a 32-yarder inside the PSU 10-yard line, set up the Vandals’ final touchdown in their one-score win against the Vikings.

In Big Sky games against UC Davis and PSU, the duo has found each other a whopping 15 times for 245 yards and one touchdown.

It’s the kind of catches seen when a quarterback and receiver almost have a telepathic connection — the quarterback knows exactly where to place the ball just where the wideout will grab it, and he trusts his receiver to come down with it in a tough situation.

“I think that’s definitely grown and they definitely have a real good feel for each other right now,” Idaho coach Paul Petrino said.

It’s a connection the Idaho passing game was searching for in nonconference matchups and likely will need more of at 11:30 a.m. Saturday (ROOT) against No. 2 Eastern Washington at Roos Field in Cheney.

Traynor’s breakout came a week previous against the Aggies in a game he had 10 catches for 131 yards.

But his first touchdown as a Vandal came against the Vikings. Beaudry hit Traynor on a slant and the defensive back bit on the pass and fell to the turf. Traynor scampered the rest of the way untouched for a 42-yard score, pumping his arm like a train conductor as he crossed the goal line.

The touchdown put Idaho up 21-7 in the first quarter.

“They’ve worked hard out on the practice field, got a lot of reps together,” Petrino said. “I think Terez has really improved each week, he’s been practicing extremely hard and sometimes it just takes a little while to get a feel for each other.”

Part of the reason for success in the air is Idaho’s resurgent ground attack in conference action.

The Vandals own 468 rushing yards in the past two games behind a plethora of rushers that include quarterbacks Zach Borisch and Beaudry, and running backs Elisha Cummings, Aundre Carter and Roshaun Johnson.

The two quarterbacks who’d battled for the starting position through the first three games, CJ Jordan and Beaudry, each stood padless in the background during Tuesday’s practice.

Beaudry is working through a shoulder injury sustained late against Portland State, but he’s expected to play this weekend against the Eagles, Petrino said. Jordan will miss at least another week with an elbow injury he received early in UI’s Oct. 2 loss at UC Davis.

The pair stood back and helped give pointers to Borisch, a sophomore, and true freshman Gevani McCoy during offensive drills in practice.

McCoy, who normally mans the scout-team offense, has taken reps with the first-team offense the past two weeks to add some depth to the position.

Petrino said there’s a great chance that a pair of defensive starters who missed the Vikings game will be back this week in cornerback Jalen Hoover and linebacker Fa’avae Fa’avae. Fa’avae was Idaho’s leading tackler going into the game.

Running back Aundre Carter, who missed time in the second half, was a go at practice.

But Petrino said it’s too early in the week to tell who all will be back or not.

“We’ll probably miss maybe a couple but think we’ll have the majority of our guys available,” he said.