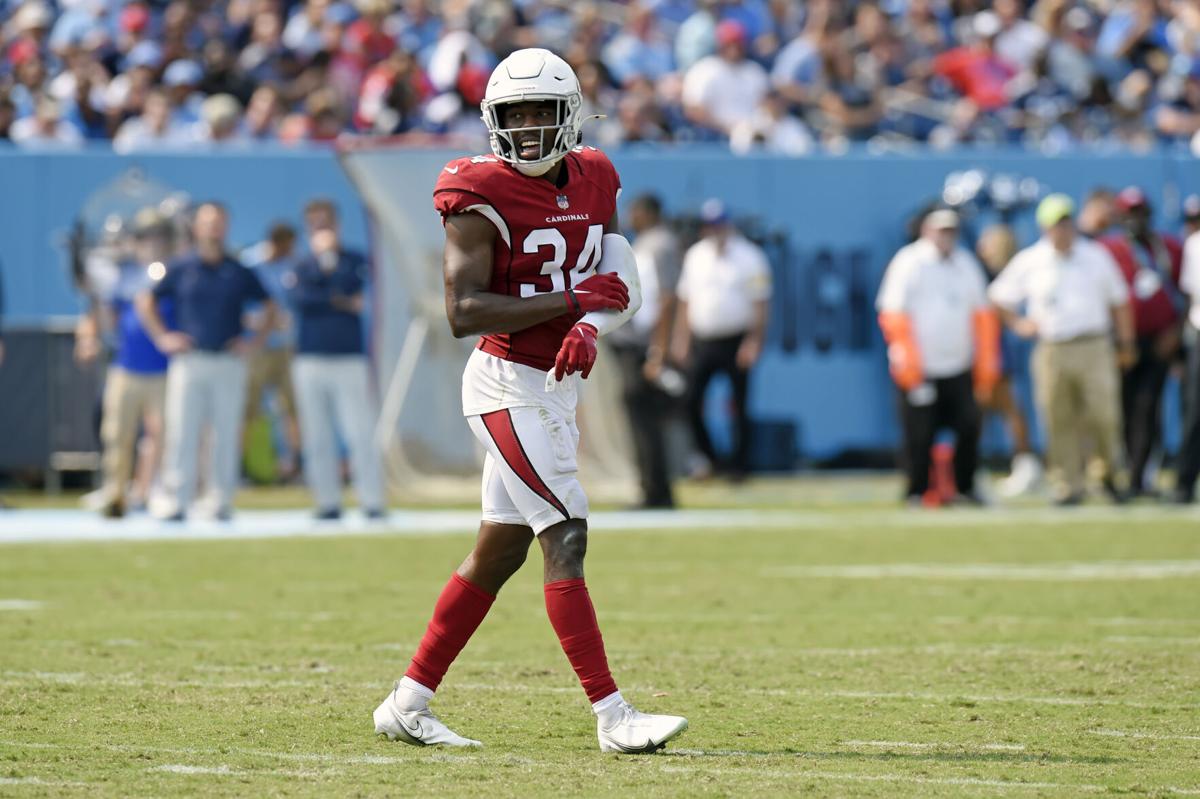 Arizona Cardinals safety Jalen Thompson is shown during the second half of Sunday's game against Tennessee. 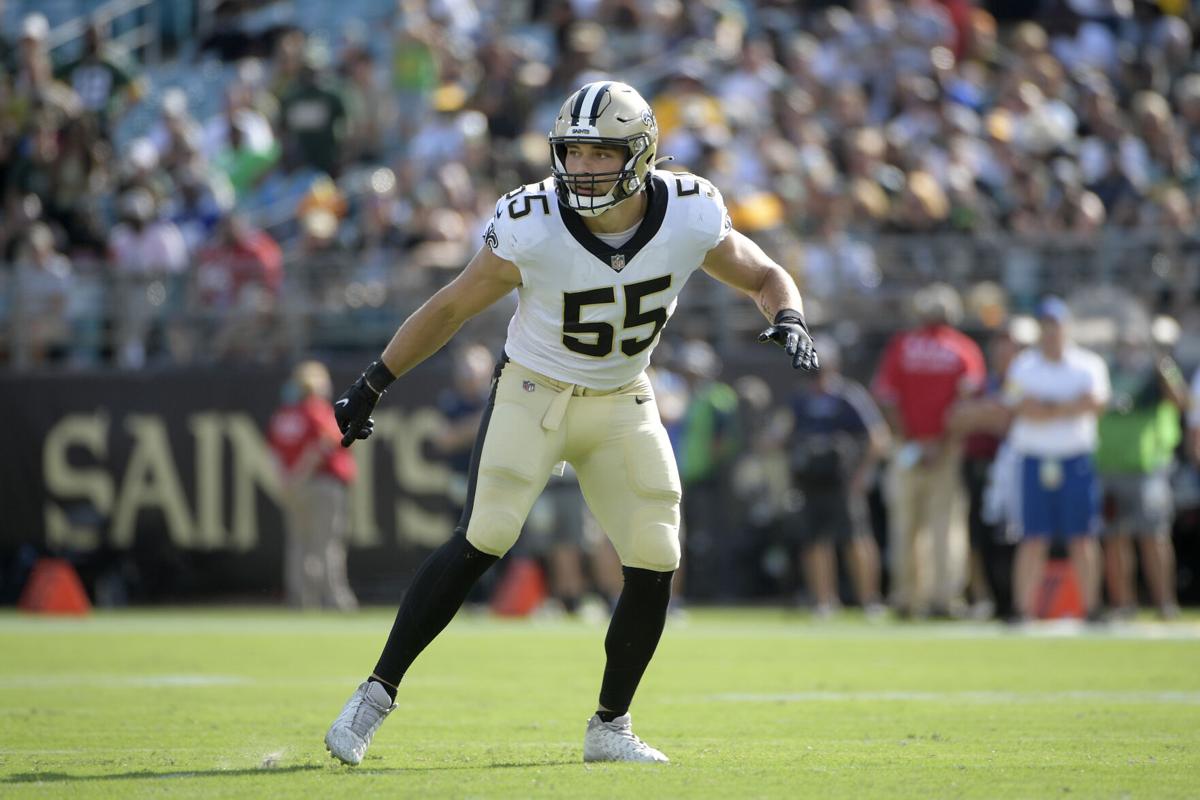 New Orleans Saints linebacker Kaden Elliss follows a play during the first half of Sunday's game against Green Bay in Jacksonville, Fla.

Arizona Cardinals safety Jalen Thompson is shown during the second half of Sunday's game against Tennessee.

New Orleans Saints linebacker Kaden Elliss follows a play during the first half of Sunday's game against Green Bay in Jacksonville, Fla.

Here is a look at how former area college players fared in the NFL in Week 1:

OT Andre Dillard, Philadelphia: Came off the bench to help the Eaglles beat the Falcons 32-6. Philadelphia did not allow a sack but ran for just 67 yards.

DT Daniel Ekuale, New England: Was let go at the end of August by the Jaguars and signed to the Patriots' practice squad Sept. 5. Did not play in Sunday's 17-16 loss to the Dolphins

LB Frankie Luvu, Carolina: Played in a reserve role and recorded one assisted tackle on special teams in the Panthers' 19-14 win against the Jets.

QB Gardner Minshew, Philadelphia: Was inactive for the opener against the Falcons.

DB Jalen Thompson, Arizona: Started and made two assisted tackles in the Cardinals' 38-13 win against the Titans.

WR Easop Winston, New Orleans: On the Saints' practice squad, did not play in the Saints' 38-3 win against the Packers in Jacksonville, Fla.

LB Kaden Elliss (2015-18), New Orleans: Recovered a fumble in the Saints' 38-3 victory against the Packers in Jacksonville, Fla.

DL Benson Mayowa (2009-12), Seattle Seahawks: Made two assisted tackles, both for loss, with two quarterback hits, including a sack of Carson Wentz for a 10-yard loss, as the Seahawks beat the Colts 28-16.

RB Elijhaa Penny (2014-15), New York Giants: Started and had one target with no catches, and no carries out of the backfield, as the Giants lost 27-13 to the Broncos.