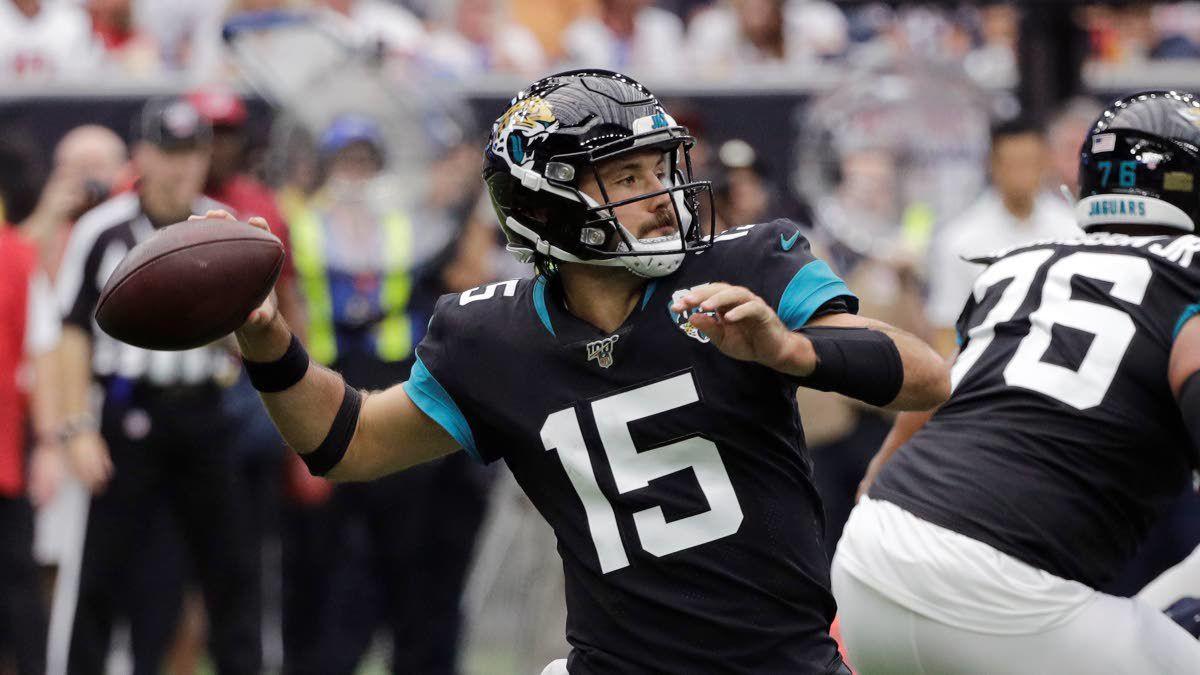 Associated PressJacksonville’s Gardner Minshew, a former Washington State quarterback, has gotten a chance to start because of an injury but has taken full advantage of the opportunity. He is 45-for-58 for 488 yards this season. 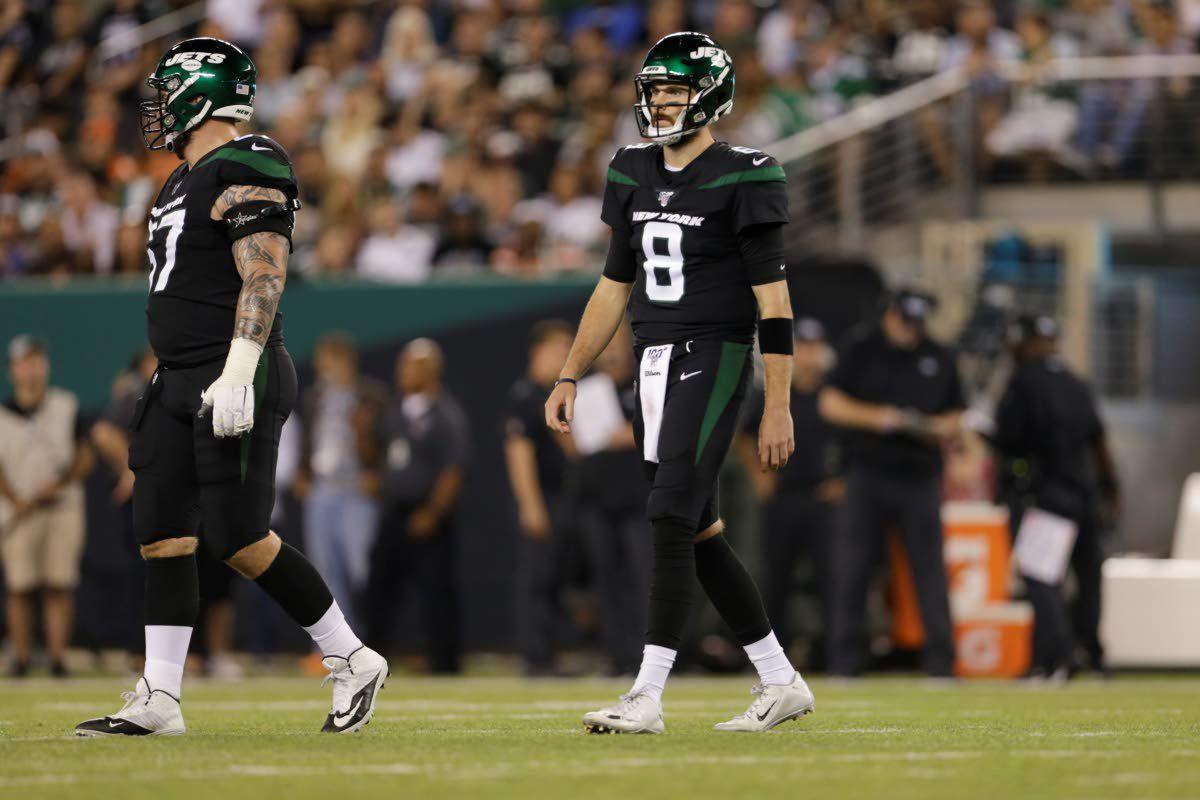 Associated PressJacksonville’s Gardner Minshew, a former Washington State quarterback, has gotten a chance to start because of an injury but has taken full advantage of the opportunity. He is 45-for-58 for 488 yards this season.

“Seeing them do great things just bodes well for the Air Raid as a whole, and it’s awesome to see,” the Washington State quarterback said this week.

The Cougars, of course, are happy for purely personal reasons to see Minshew and Falk thrust into the NFL spotlight. According to Gordon, Wazzu backup quarterback Trey Tinsley and members of the equipment staff already have them on their fantasy football teams.

But some Cougars also view the Gardner and Luke moment as further validation of the Air Raid offensive system coach Mike Leach helped create three decades ago. It’s a validation that started in recent seasons when other quarterbacks from Air Raid backgrounds began overcoming the stigma that’s often attached to the system at the pro level.

There’s a great deal of happenstance behind the dual emergence of former Wazzu quarterbacks Minshew and Falk, who suddenly are NFL starters. Minshew was promoted by the Jacksonville Jaguars when Foles went down with a broken clavicle Sept. 8, and Falk long-jumped from the New York Jets’ practice squad to the No. 1 job when Sam Darnold came down with mono and Trevor Siemian suffered an injury Monday.

But these coincidences happened at a time when a number of former Air Raid quarterbacks are starting in the NFL, such as Mahomes for the Kansas City Chiefs, Goff for the Los Angeles Rams and Baker Mayfield for the Cleveland Browns. Just as gratifying to the Cougars is one NFL team, the Arizona Cardinals, explicitly is rolling out an Air Raid offense this season under Leach disciple Kliff Kingsbury.

“Always room for the Air Raid,” said Gordon, a senior who has sparkled in the system since grabbing the Cougs’ No. 1 role during preseason workouts. “Although it’s not spoken as much as coach Kingsbury or something, Air Raids run throughout the NFL, as coach Leach alludes to all the time.”

Indeed, Leach told the New York Times this summer the Philadelphia Eagles and the New England Patriots have been making prominent use of Air Raid schemes.

“The last several Super Bowls, those were Air Raid teams,” he said in an NYT story Aug. 15. “They didn’t necessarily call themselves that, but they ran a ton of Air Raid concepts.”

For years, the NFL seemed to view the Air Raid skeptically, thinking its principles were too simple to fool sophisticated defenses, and quarterbacks who ran the system in college were ill-equipped to direct pro-style offenses. Reinforcing this attitude were the NFL failings of Tim Couch, a former Leach pupil at Kentucky, and graduates of quasi-Air Raid systems like Brandon Weeden and Johnny Manziel.

Numerous other successful Air Raid triggermen, including several who played for Leach at Texas Tech, were labeled “system quarterbacks” and scarcely drew a nibble from the NFL. Leach’s WSU signal-callers haven’t fared much better, but Jeff Tuel did start a game for the Buffalo Bills in 2013.

But now two ex-Cougars are seeing wide-open windows at the same time. They’ve yet to win a game as starters but they’re showing, if nothing else, the accuracy and aplomb they displayed at Washington State.

Minshew is passing 45-for-58 for 488 yards, three touchdowns and one interception. In his starting debut Sunday in a 13-12 loss at Houston, he fumbled three times on sacks, losing one, but he also led a late 68-yard touchdown drive featuring an 18-yard scramble on fourth-and-10. Only a foiled two-point conversion prevented the Jags from tying the score.

“It’s pretty fun,” Gordon said. “It’s pretty crazy to see (Minshew and Falk) do their thing. I saw Gardner’s last drive and that was pretty impressive, seeing his ability outside the pocket and making plays for others. Then that scramble was unbelievable.”

Falk has been grinding away on practice squads and in reserve roles for a year-and-a-half, moving from the Tennessee Titans to the Miami Dolphins to the Jets. Entering an NFL regular-season game for the first time Monday when Siemian suffered a season-ending ankle injury, Falk went 20-of-25 passing for 198 yards, no TDs and no interceptions in the Jets’ 23-3 loss to Cleveland.

The next step seems surreal, for Falk and his former teammates in Pullman. Although reticent on many subjects, Falk never played down his longtime admiration for Tom Brady. That will be the opposing quarterback when Falk makes his NFL starting debut Sunday in the Jets’ game at New England, whose Patriots will be overwhelming favorites.

It appears the ex-Cougars will get a chance to settle into their roles a bit. Darnold is sidelined for perhaps three more weeks, and the Jags don’t expect Foles back until mid-November.

Regardless of what happens with Minshew and Falk, the Air Raid finally has raised its NFL profile.

Characteristically, Leach said this week he doesn’t care what the NFL thinks about the graduates of his offensive system, even as he implied the league has been missing out for years.