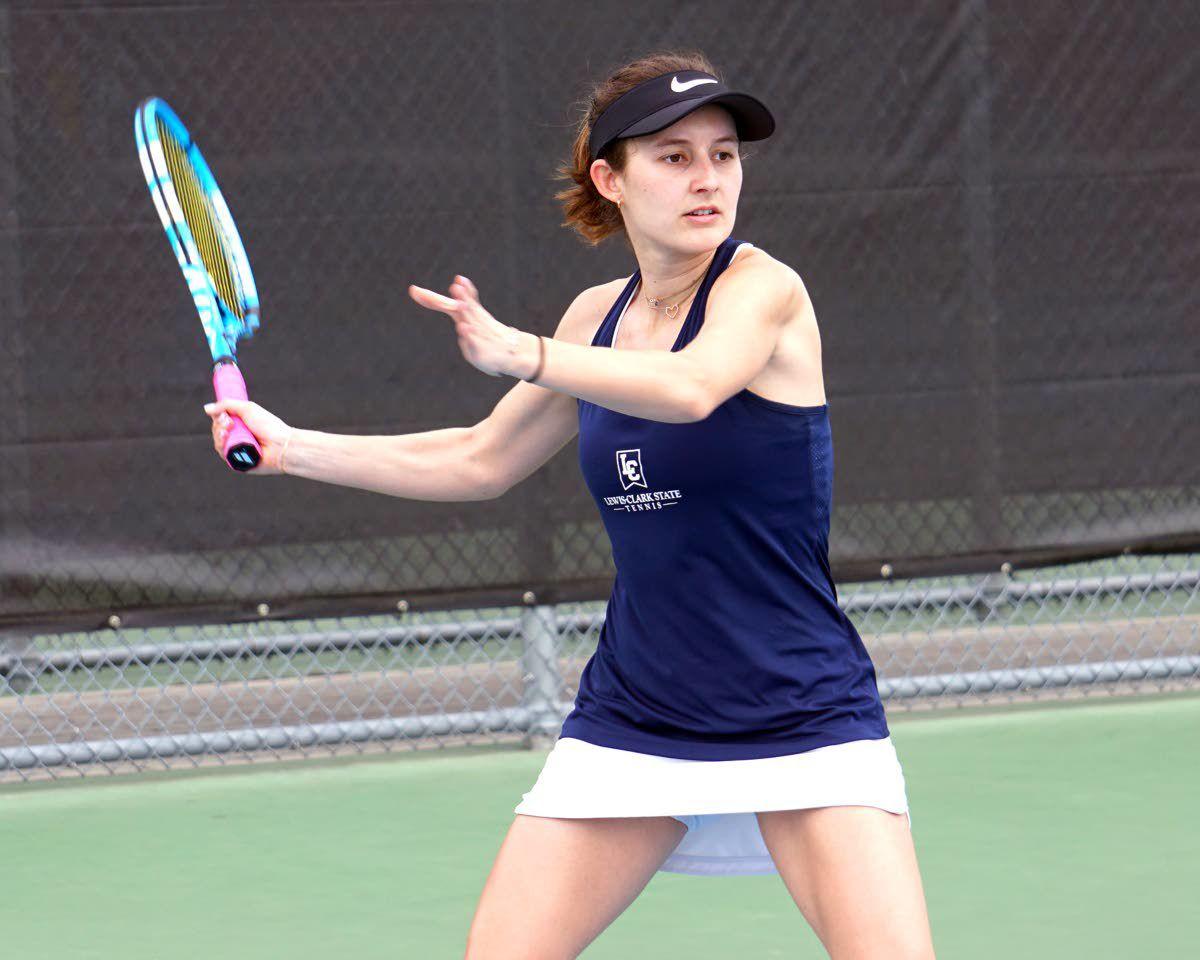 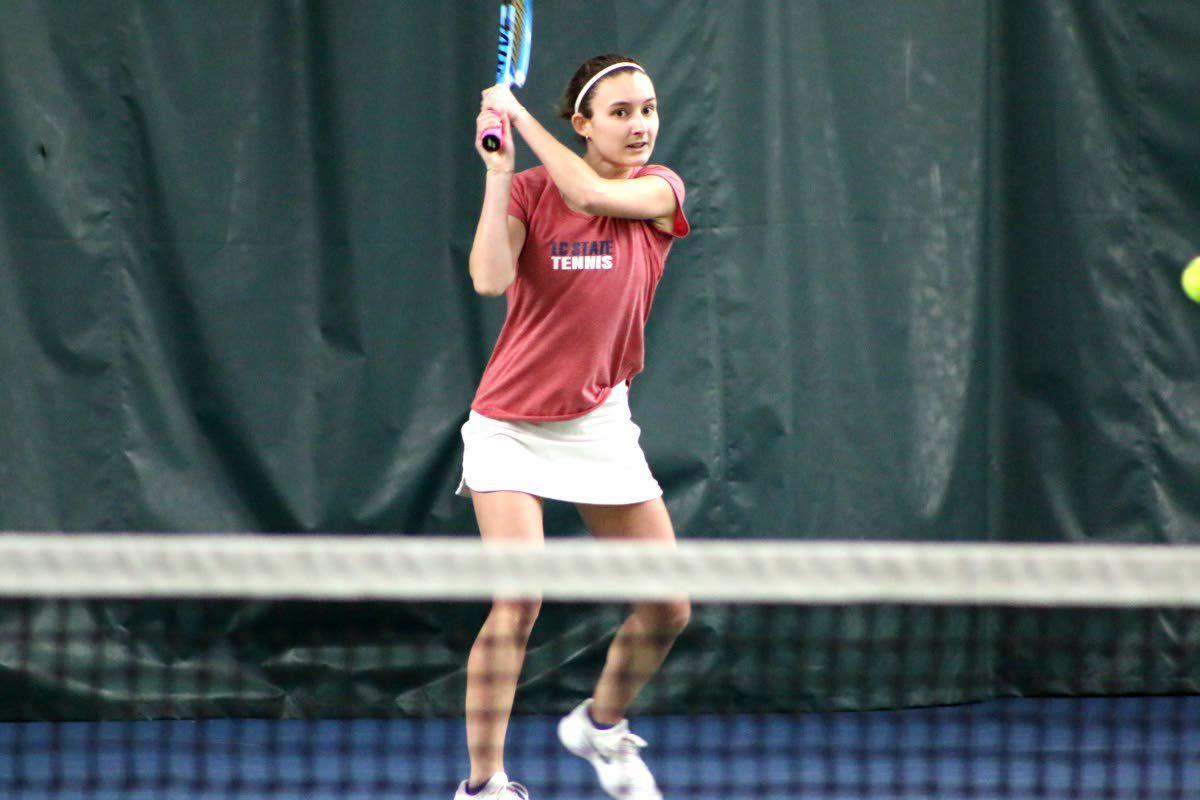 Hailing from Pollenca, Spain, Lewis-Clark State’s Laura Rosselli found herself in unfamiliar territory in more than one respect when she first came to play tennis for the Warriors.

Through 3½ seasons before her senior campaign was cut short by the coronavirus lockdown, she proved herself more than up to the challenges she faced and became a leader for the team on and off the court. Now, she is bringing the experience, character and business administration degree she gained in Lewiston back to her home country to begin graduate studies at one of its most prestigious business schools.

Rosselli was inspired to try her hand in tennis at the age of 7 when her younger brother Brenno took up the game.

“My first time in practice, I started crying because I didn’t want to be there,” she said. “After the first practice, I loved it and I didn’t stop playing tennis.”

Ten years later, Rosselli’s college search would lead her to Lewis-Clark State, both for the benefit of its smaller and more intimate classes with diverse peers and for the chance to profit from the experience and wisdom of 30-year tennis coach Kai Fong.

“I thought to myself that I could learn a lot from him,” she said.

Having grown up honing her tennis game as a singles specialist on the red clay courts that predominate in Spain, Rosselli faced greater adjustments than most when she transitioned to the hard-court-dominated, doubles-heavy environment of the American college game. Those on-court challenges mirrored the culture shock she experienced settling into life in the Lewiston-Clarkston Valley.

“My English wasn’t good the first time I came here,” she said. “Also, the food is very different. I gained a few pounds the first semester of college, but what it took me the longest to adapt (to) was playing doubles; I had never played doubles before I came to the United States.”

Fong described Rosselli’s first doubles match for the Warriors in the 2016-17 season, in which she teamed up with another freshman doubles novice from Spain in Begona Andres, as “comical.”

“They barely knew where to stand,” he recalled. “Despite the newness of doubles (to them), some six months later, these two were part of the team which qualified for Nationals.”

Bolstered by a doubles victory from Rosselli and Jenna Roux, the Warrior women topped Davenport of Michigan in the opening round of team competition at the 2017 NAIA national tournament before falling to top-seeded Georgia Gwinnett in the Round of 16. They would not return to Nationals in 2018 or ‘19, and were denied the chance to qualify this year.

After L-C welcomed Laura Diaz to its tennis roster, the players took to differentiating between the Lauras by nicknaming Rosselli “Mama Lau,” in honor of what Fong called her “motherly, nurturing instincts” toward the team.

Rosselli recalls a dramatic three-set singles victory from her sophomore season that provided the Warriors’ only point in an encounter with D-I foe Idaho State as the most memorable match of her career. On that occasion, she narrowly escaped defeat and battled back from a set down to score a 4-6, 7-6, 6-1 win over ISU’s Madison Fenske.

“Her grit became her trademark,” Fong said. “An opponent will have to beat her, as she was not going to beat herself. I appreciate Rosselli for her willingness to learn with an open mind. She added variety to her serves. She became an all-around player.”

Along with the rest of her team, she had the unique experience this spring of finding out while already in New Orleans for a road match that the remainder of the season had been canceled. Fong believes Rosselli had the distinction of playing in “the very last collegiate singles match between NAIA teams” in the 2020 season as the Warriors completed their contest with highly ranked Xavier of Louisiana before disbanding.

“Four-year seniors are always special,” said Fong, who feels the saying “Good things come in small packages” is particularly applicable to Rosselli. “They stuck it out. They realize that the journey is oftentimes more important than the destination.”

With the onset of the coronavirus lockdown, Rosselli left for Mallorca, Spain, where her family now resides, and finished her undergraduate studies online. She has now been accepted to the private EAE Business School in Barcelona, where she will major in international business. In addition to her academic advancement there, she feels her experiences with diverse associates and team dynamics have helped prepare her to pursue work at a multinational corporation.

“My studies at LCSC have helped me a lot — not just in academics, but also in life,” Rosselli said.

Wendt may be contacted at sports@lmtribune.com.