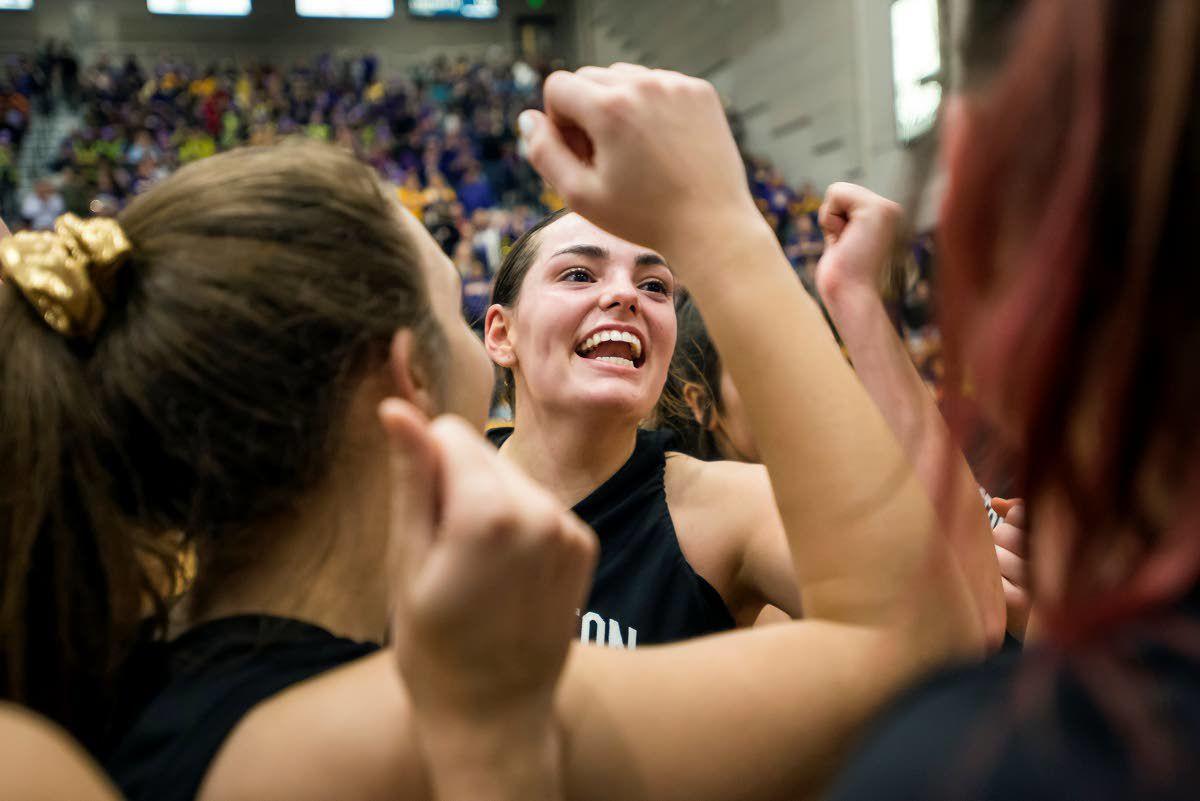 Clarkston’s Lauren Johnson gleefully huddles with her teammates after their 58-31 win against Lewiston in the 2020 Golden Throne. 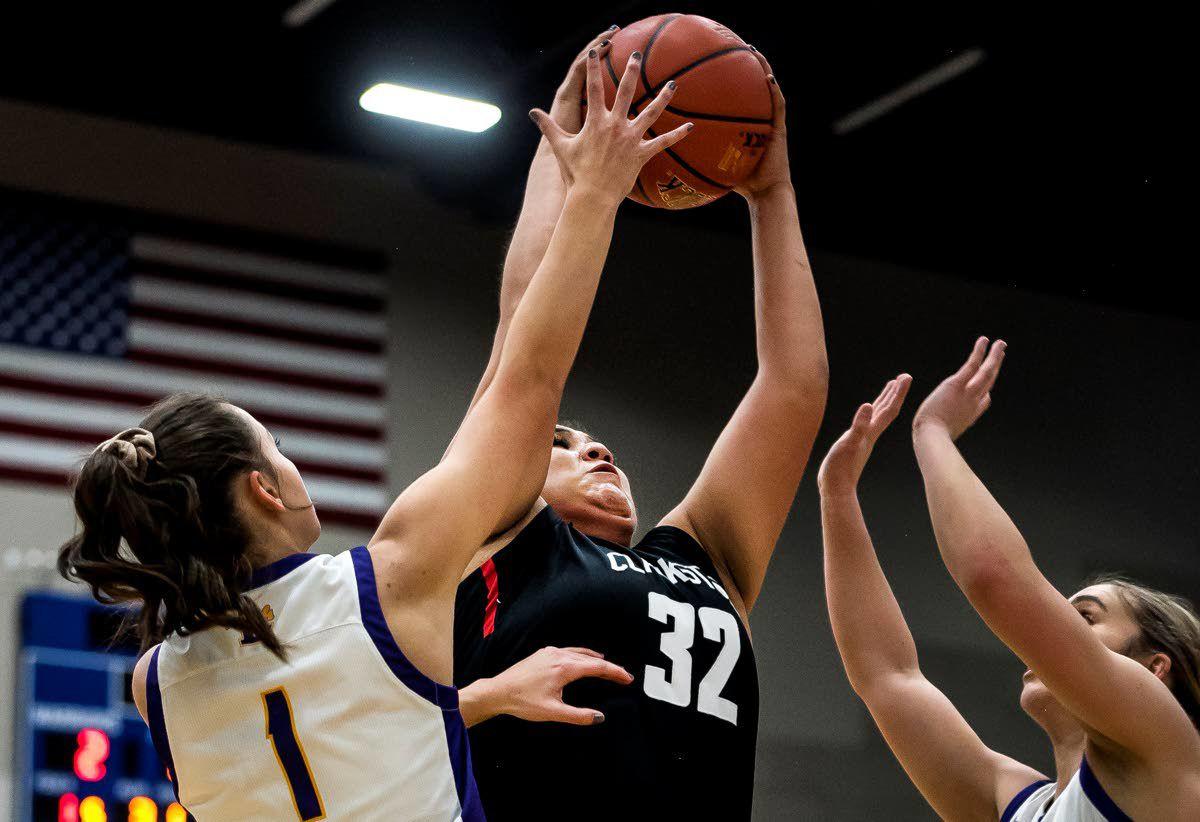 Clarkston forward Jalena Henry (32) grabs a rebound out of Lewiston's reach during Clarkston girls' 58-31 win against Lewiston in the 2020 Golden Throne at Lewis-Clark State College on Friday.

Clarkston’s Lauren Johnson gleefully huddles with her teammates after their 58-31 win against Lewiston in the 2020 Golden Throne.

Clarkston forward Jalena Henry (32) grabs a rebound out of Lewiston's reach during Clarkston girls' 58-31 win against Lewiston in the 2020 Golden Throne at Lewis-Clark State College on Friday.

Among the four seniors leaving the Activity Center for the last time in a Bantam jersey was Sobotta’s daughter, AJ.

“I saw her emotion,” Debbie Sobotta said, “and I just told her I love her and I’m proud.”

Junior Ashlyn Wallace scored 20 points and the Bantams beat Lewiston 58-31 before a crowd of around 3,200.

The Bantams went on a 6-0 run in the first 90 seconds of the second quarter to nearly double the seven-point lead they’d held. That skein — which Wallace sandwiched with free throws and a 3 — was spurred by Clarkston’s press, which tallied 23 steals.

Wallace led the way with six steals while Sobotta (five), Mick Jackson (four) and Lauren Johnson (three) also made the evening difficult for Lewiston’s ball-handlers — some of whom were playing in their first Golden Throne.

Lewiston sat a handful of its more seasoned players during the first half because “they were administratively unavailable,” Bengals coach Steve Lear said.

But even playing a young lineup, the Bengals held their own in the first quarter — and would have trailed by two after that period if they’d made all their free throws.

“I understand that,” Lear said. “And in the second, third and fourth, if we didn’t have 35 turnovers, I think we would’ve done a little better.”

Clarkston unleashed its full-court defense following Wallace’s free throws a minute into the second quarter — and that pressure forced two quick turnovers, both of which led to baskets.

Wallace stole the ball around midcourt and assisted a layin by Jackson to make it 16-5 Clarkston with 6:35 left before halftime.

Another quick steal by the Bantams setup a trey by Wallace to give Clarkston its first double-digit lead.

Clarkston led 32-18 at intermission before Jalena Henry and Wallace pushed the lead to 20. Henry scored twice in the post to begin the second half, and Wallace tacked on two free throws with 3:46 left in the third for a 38-18 lead.

A breakaway layin by Wallace with 1:05 left in the game pushed Clarkston’s edge beyond 30 points.

The Bengals were paced by Katy Wessels’ nine points.

YEARS OF CHEMISTRY — Clarkston’s four seniors — Jackson, Sobotta, Henry and Johnson — have played together since the third grade.

“And that’s why we play so well together,” Johnson said.

Around the time those four hooked up on an AAU team, Wallace began playing up a year to join them — which gives Clarkston’s starting five a decade of experience playing together and, in AJ Sobotta’s words, “super good connections on the court.”

“That was a little bit hard when I took all the seniors out (at the end),” Debbie Sobotta said. “All those girls feel like my daughters to me.

“I’ve been around them so long, I’m really going to miss them next season.”

Where the fans are flush with school spirit

School spirit from both the Lewiston Bengals and the Clarkston Bantams was on full display at the 2020 Golden Throne basketball games at Lewis-Clark State College on Friday.