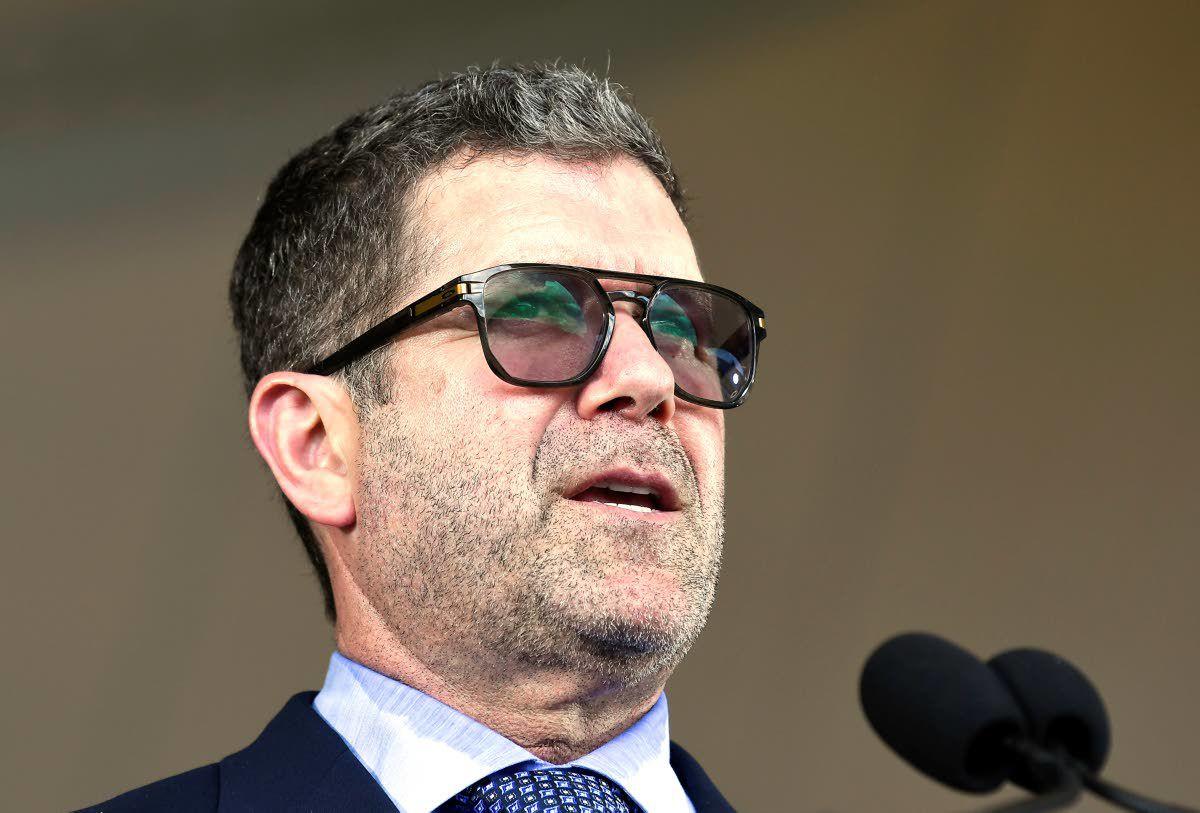 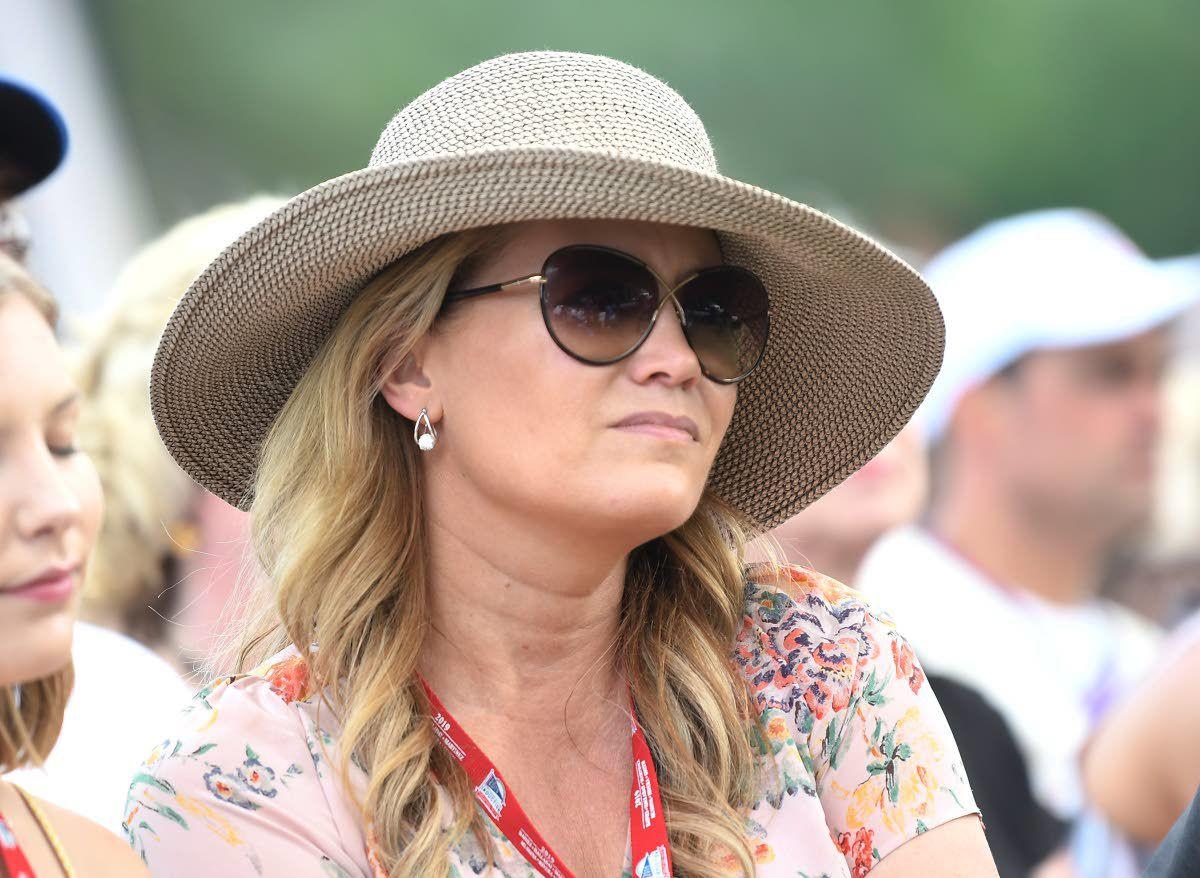 COOPERSTOWN, N.Y. — He’d read and practiced the speech an estimated 50 times coming into Sunday, with an admitted 12 more times that morning, to the point it was almost memorized. That included the 20 rewrites of the words he started jotting down the day after he received the magical phone call telling him he’d be joining baseball’s elite. They were burned into his mind like scouting reports of opposing pitchers.

On a stifling and sun-drenched afternoon in this foliage-filled emerald valley, made somewhat bearable for the mass of fans in attendance by a steady breeze, Martinez gained official induction into the Baseball Hall of Fame, delivering his much-prepared speech with the efficiency of one of his many at-bats with the game on the line. He was calm, focused and almost free of overemotion … almost.

“I was close a couple of times,” he would later admit.

He’d waited 10 years for this moment. He was going to approach his induction speech like every day of his career with preparation, attention to detail and commitment.

Similar to the most famous at-bat in his career, where he got down 0-1 on a first pitch called strike to Yankee right-hander Jack McDowell, Martinez didn’t panic when emotion first filled his voice as he stepped to the podium. The work and preparation that was done leading up to this — like all of his hours in the batting cage honing his swing and strengthening his eyes — proved worth, allowing him to carry through a list of thank yous to his teammates, coaches, family, the Mariners organization and Mariners fans, thousands of whom made the journey to this baseball hamlet in upstate New York.

He never broke down, even though there were times when he seemed on the verge. Clad in an impeccable blue suit with dark sunglasses to hide any tears, he seemed unaware of the heat and looked perfectly comfortable as if the podium was the right-handed batter’s box of the Kingdome. This wasn’t going to be easy, but he had worked to make it easier.

The swarms of Mariners fans in attendance, many of them clad in Martinez jerseys and Mariners capers, delivered the memorable and drawn out chants of “Edddddgaaaarrr, Edddddgaaaaarrr!!!” before the ceremony began, when he was officially introduced and when his 12-minute speech ended.

Of course, he didn’t go over the 12-minute limit. When he was told about the time maximum by the Hall of Fame, Martinez spent hours preparing and paring down his remarks to fit what was requested. Others former Hall of Famers shrugged off the humble requests and into 20- and 30-minute territory. But not Martinez — his respect toward this hallowed place and the life-changing honor wouldn’t allow him to go one second beyond.

Everything about his speech reminded you of how he was as a player. The understated humility and selfless nature permeated throughout his speech. He first politely asked to thank fans from his native Puerto Rico by addressing them in Spanish. And then thanking them once again in English. Raised in Maguayo, Dorado, Puerto Rico, and now living in Seattle, he called both places home.

“Thank you for providing a sanctuary for me to grow up,” he said.

Perhaps more than any speech given by a player on the day, Martinez’s wasn’t so much about him and what he’d done in the game — accomplishments that even today’s best players will never replicate — but what others had done for him to achieve those feats. He barely mentioned one of his accomplishments unless it was in reference to someone who helped him.

He took time to thank Marty Martinez, the Mariners’ area scout in Puerto Rico, who first saw Edgar play and offered him a free-agent contract to sign as a 19-year-old.

“Marty was the scout that signed me and he saw something in me that others didn’t see,” he said. “I didn’t have the classic homer power, but used the whole field. I didn’t have a lot of range in the field, but I would make the plays. I didn’t have a cannon for an arm but I was very accurate with my throws. Marty saw my consistency and potential.”

Another major thank you came to his cousin Carmelo Martinez, who convinced him to sign the professional contract the Mariners were offering.

“Carmelo was like a brother,” Edgar recalled. “He signed before me and had a big influence in my life. When Marty Martinez offered me that contract, I didn’t want to sign. I told him I was going to school, playing on the weekend and life was good for me — a new car and nice clothes. Why would I want to risk what I had for $4,000. Carmelo convinced me. He told me, ‘You can make. Give it a shot.’ We argued and he won. Carmelo, thank you. You are a big reason why I’m on this stage.”

After taking time to thank his minor-league managers and trainers Rick Griffin and Tom Newberg, who helped keep him on the field, Martinez thanked his former teammates and coaches as a whole before taking time thank a few individuals in particular.

“To all my teammates, you made me a better player,” he said. “And without your talent, passion and brotherhood I would not be here. I won’t be able to mention all of you, but you know who are. I love you and I consider you brothers for life.”

Martinez had to talk about his longtime manager Lou Piniella.

“You meant so much to me and my career,” Martinez said. “From the first time I talked to you, I knew that a dramatic change would come to the Mariners organization. I loved talking hitting with you. You are special man, and I hope you get the call (to the Hall of Fame) soon. You deserve it.”

He credited Harold Reynolds, Alvin Davis and Dave Valle for teaching him how to be a big leaguer during his first few seasons.

He then went on to mention his most celebrated teammates — Ken Griffey Jr., Jay Buhner and Randy Johnson — all individually. He shared a story of Johnson being angry at him over a quote in the newspaper after Johnson had joined the Diamondbacks.

“You came to me and asked, ‘What was that in the paper?’ and I said, ‘What paper?’ Then you told me, ‘It will hurt, but only for a minute,’” Martinez said, lightheartedly implying Johnson was planning on hitting him with a pitch.

True to his preparation, Martinez made sure to thank Mariners executives and ownership and even thanked the Mariners public relations staff, which he felt was instrumental in his election with its barrage of information to voters and a campaign on social media.

Martinez’s voice wavered ever so slightly when he began to thank his family in attendance, starting with mother, sister and his brother, Elliott, who used to toss pebbles to him to hit when they were children.

Martinez then addressed each of his three children, Alex, Tessa and Jacqueline, whom he gushes about whenever possible. Alex has the reserved and shy nature of his father, and Martinez’s two daughters are fountains of energy and fearless in public.

Perhaps the most difficult aspect of Martinez’s speech came when he addressed his wife, Holli. He lauded her accomplishments more than his own, including getting her master’s degree.

“You are such a great example to our kids,” he said. “I love you for who you are and for your drive.”

Martinez wrapped up his speech with the “very best part,” the fans.

“Seattle fans, thank you for always being there for me,” he said. “Since 1987, you’ve gave me your unconditional support. And it was even more prevalent in these last 10 years. The support you gave me over social media really helped me get here today. Thank you, Mariners fans. You are the best fans I could ever hope for. I am so glad that I stayed with you till the end of my career. I love you, Seattle fans. Thank you.”

After applause from the fans in attendance, Martinez ended his speech with a few words.

“This is a day I never could have ever imagined happening when I was growing up Puerto Rico or when I was in the minor leagues wondering when my chance would come,” he said. “And honestly there were times over the last 10 years I wasn’t it was going to happen. So, thank you once again to everyone along the way to help make this dream come true. I am so grateful and proud.”