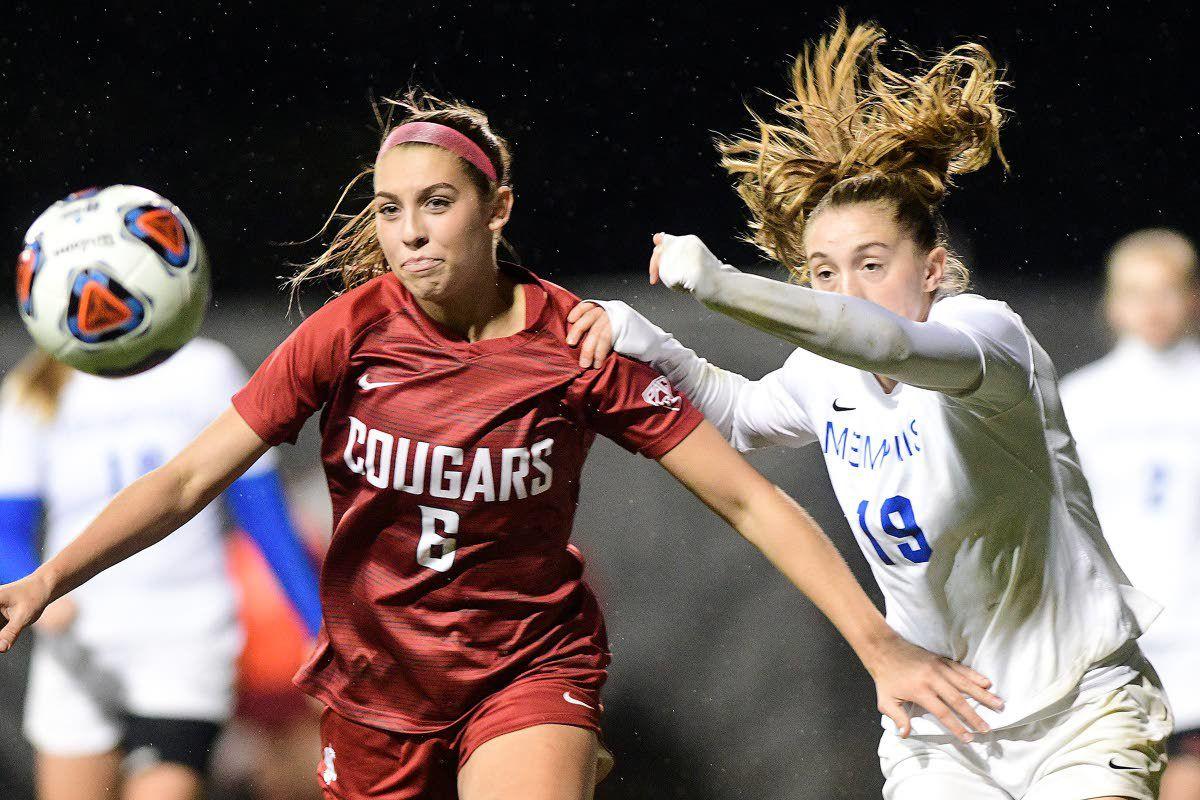 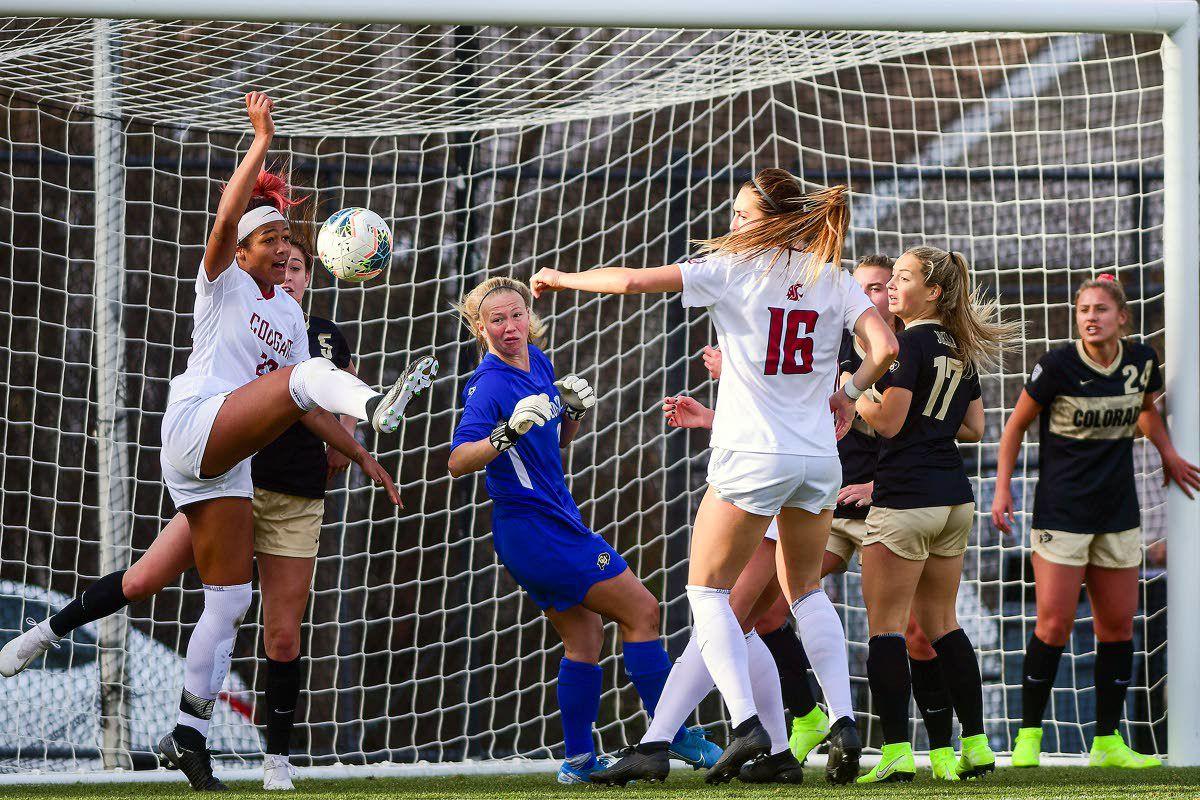 Washington State&#x2019;s Mykiaa Minniss (left) attempts to keep the ball alive inside the goal box on a corner kick as Colorado keeper Jalen Tompkins looks on during the second half of a Pac-12 Conference game in Pullman on Sunday afternoon.

Washington State&#x2019;s Mykiaa Minniss (left) attempts to keep the ball alive inside the goal box on a corner kick as Colorado keeper Jalen Tompkins looks on during the second half of a Pac-12 Conference game in Pullman on Sunday afternoon.

Hearing the Washington State soccer coaches and players speak, or watching them blast their way through top-tier teams in the NCAA tournament, you wouldn’t guess this was a Cougar team that at one point had one win in a five-game stretch earlier this season.

These Cougars (16-6-1) embrace the underdog role and play with a confidence and swagger befitting of an unlikely member of the final four teams in the country.

They’ll carry that mindset into the College Cup, where they face No. 2 North Carolina at 4 p.m. Friday at Avaya Stadium in San Jose, Calif. (ESPNU).

“The feel of the team right now is a family like it always has been, and we know that we’re still the underdog and we still have a lot to prove,” said sophomore defender Mykiaa Minniss, who scored an overtime goal to lift the Cougs past No. 5 South Carolina in the Elite Eight.

“I think what’s been clicking for us is us just realizing that we can do this. The mindset that we can do whatever put our minds to as long as we come together and just do it.”

The Cougars have beaten four teams in their journey from the first round to the College Cup, and they’ve been underdogs the whole way — even in their lone home win against No. 14 Memphis in the first round.

But it hasn’t mattered. Washington State is yet to trail in the tournament thus far and they’re outscoring their opponents 8-2 with three shutouts.

“Exciting times for Coug soccer, obviously, and the girls have earned every bit of this,” WSU coach Todd Shulenberger said. “We get a chance now to play one of the best, storied programs in the country and we’re excited.”

WSU’s latest challenge is the biggest case of the classic David vs. Goliath so far.

North Carolina owns 21 NCAA titles — more than any other women’s Division I sports program in history. Three Tar Heels played for their respective U23 national teams earlier this year, including defender Emily Fox of Team USA and forward Alessia Russo and defender Lotte Wubben-Moy of England.

“We know we have our work cut out, but we know we have some weapons too that they’re going to have to worry about as well,” Shulenberger said.

For the Cougs, forward Morgan Weaver and defender Brianna Alger were named to the All-West Region team Monday.

Weaver leads WSU with three goals in the posteason, 14 on the season and 42 in her career — second-most in program history. But the Cougs have had 10 different players score game-winners this season and five have scored in the NCAA tournament.

WSU’s knack for clutch performances — particularly on the road, where they’ve won three NCAA games on the East Coast — shouldn’t come as a surprise, considering the Cougs’ recent history. WSU has played in eight of the past nine NCAA tournaments and won at least one game in each of the past three.

Shulenberger said that experience has been vital during the Cougs’ run this season.

“I think this started back in 2017 when we went to the East Coast (and advanced to the Sweet 16), and we’ve been to the East Coast the last three years in a row,” Shulenberger said. “I think we wouldn’t be where we are now ... (without) being on the road together and dealing with the adversity we had to deal with.”

The weather also could be an advantage for a team used to playing in chilly Pullman. The forecast calls for rain and wind during game time.

As for their mindset, it’s the same as it’s been all tourney.

“Confident, hungry and we’ve got a ton of swagger right now, which I think is a good thing,” Shulenberger said. “Whether we’re the underdog or not, this group is hungry ... and extremely grateful at the same time to have this opportunity.”

Stephan Wiebe can be reached at swiebe@dnews.com and on Twitter at @StephanSports.

How to watch: ESPNU

What’s at stake: A spot in the national championship against the winner of Stanford-UCLA.

Of note: Before this season, WSU’s best finish was the Sweet 16 in 2017. ... UNC’s 21 NCAA crowns are more than any other women’s NCAA Division I sports program in history.