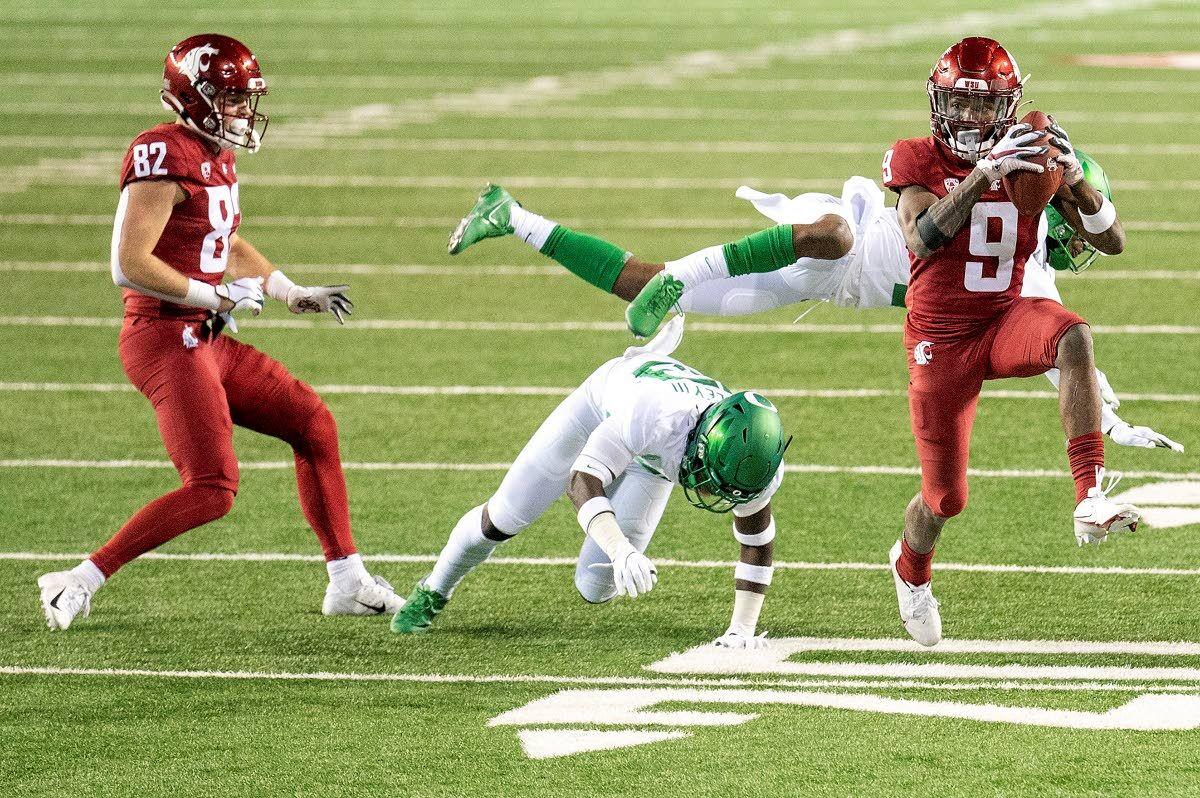 Washington State receiver Renard Bell (right), who grew up in Los Angeles, is disappointed his family and friends will not be able to see him play when the Cougars visit USC on Sunday at Los Angeles Memorial Coliseum. 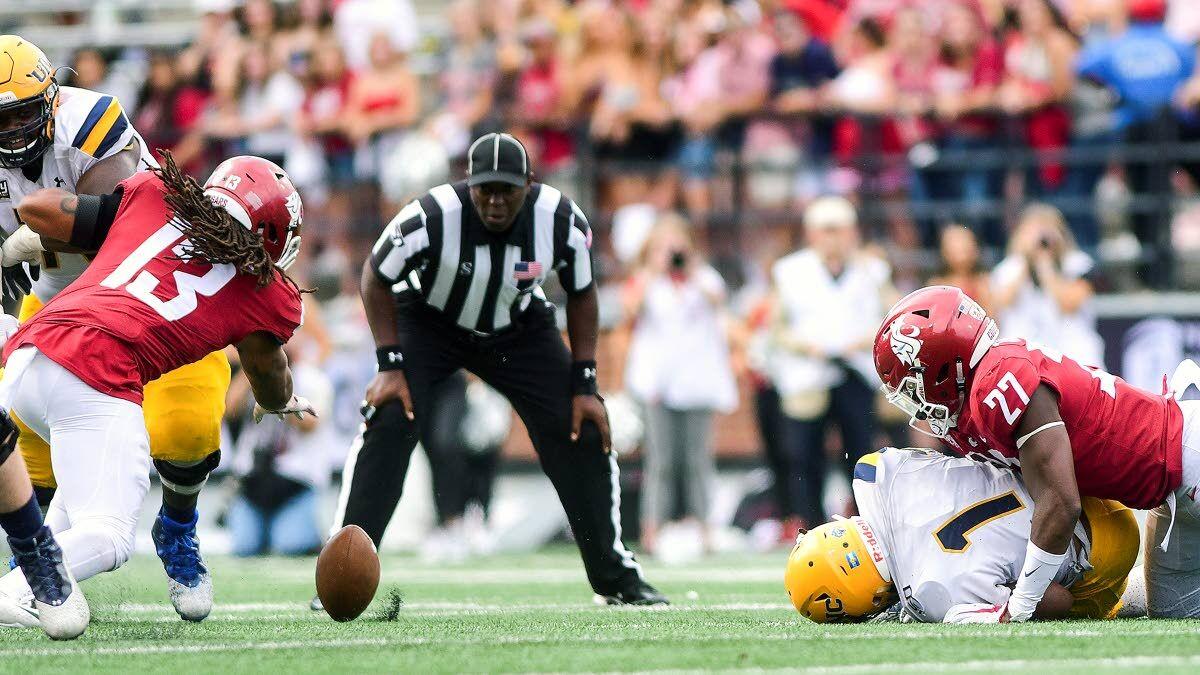 Washington State linebacker Jahad Woods (left) lunges for a loose ball during a 2019 game against Northern Colorado. Woods, who is from San Diego, said he will miss fans being in attendance for Sunday’s game at USC.

Washington State receiver Renard Bell (right), who grew up in Los Angeles, is disappointed his family and friends will not be able to see him play when the Cougars visit USC on Sunday at Los Angeles Memorial Coliseum.

Washington State linebacker Jahad Woods (left) lunges for a loose ball during a 2019 game against Northern Colorado. Woods, who is from San Diego, said he will miss fans being in attendance for Sunday’s game at USC.

Before the Pac-10 added two schools, became the Pac-12 and split into two divisions, the always ample number of Southern Californians on the Washington State football roster knew they’d receive a particular treat on a yearly basis.

They’d get to play in front of friends and relatives in an annual Cougar game in Los Angeles or Pasadena, Calif. It was a big deal to them.

But under the divisional format introduced in 2011, WSU has played in the L.A. area only five times in a decade.

Hence a particular disappointment this year for the So Cal Cougs: Their game against No. 17 USC on Sunday (4:30 p.m., FS1) at Los Angeles Memorial Stadium will be played before no fans. Thanks again, coronavirus.

One of them, senior receiver Renard Bell, who grew up in the general vicinity of the stadium, said he’s dismayed by the prospect of an empty venue but will feel some good vibes anyway.

“It’s going to suck not being able to see my family and my friends,” he said in a virtual news conference this week. “It’s just something we have to do right now. (The year) 2020 has caused a lot of unfortunate circumstances. Even though I won’t get to see them, I know they’re going to be there in spirit. And they’re like five minutes away too. I’ll be able to hear them in my head while I’m playing.”

Senior linebacker Dillon Sherman, who grew up in nearby Mission Viejo, Calif., alluded to the fact that players this season can’t perform their ritual of distributing team-allotted tickets to fans.

“I had friends earlier in the year who were like, ‘Ah, I can’t wait till you come to SC,’” Sherman said. “Then COVID happens and I kind of have to tell them there’s not going to be anybody in the stands. It does suck, but we’ve got to do what we’ve got to do, no matter who’s in the stadium.”

The WSU roster includes about 25 Southern Californians, including standouts like senior linebacker Jahad Woods, from San Diego. He’ll lament the absence of not only family members but vitriolic Trojan fans.

“Bittersweet,” he said. “I love Southern California. It’s always cool to play in that stadium in particular. All those fans — they’re passionate fans. I remember the last time we played there (in 2018), coming out of the tunnel and they’re all booing. You can hear what they’re saying. I like that, though. I like being hated in a stadium. It’s bittersweet, for sure.”

COVID NUMBERS — Although WSU and USC have been hit with coronavirus outbreaks in recent weeks, it’s looking increasingly likely the game will proceed as scheduled — rather, rescheduled.

On a radio show Thursday, WSU athletic director Pat Chun said the Cougars expect to have fewer than five players in virus protocol by the time they depart for L.A. on Saturday.

They had eight on Thursday, he said, and expect that number to drop to five today.

USC also is getting players back from protocol, the school said, and all members of the team have tested negative multiple times.

The Cougars saw their past two games scrapped because of low roster numbers, and USC’s contest versus Colorado last week also was canceled.

The WSU-USC game itself seemed in jeopardy last week before officials moved it from Friday to Sunday to allow the Trojans to welcome back more players from protocol.

The Utes are winless but made the biggest Game 2 improvement in the history of Nov. 28 games.

The Buffaloes are the surprise of the league but they’ll be asked to prove it week after week.

Are the Sun Devils actually going to play a game? They’ll believe it when they see it.

Even the folks on Tightwad Hill might be no-shows for this one.

A game that will make prophets of the dads who said, “I guarantee it — you’ll be seeing him play on Sunday.”