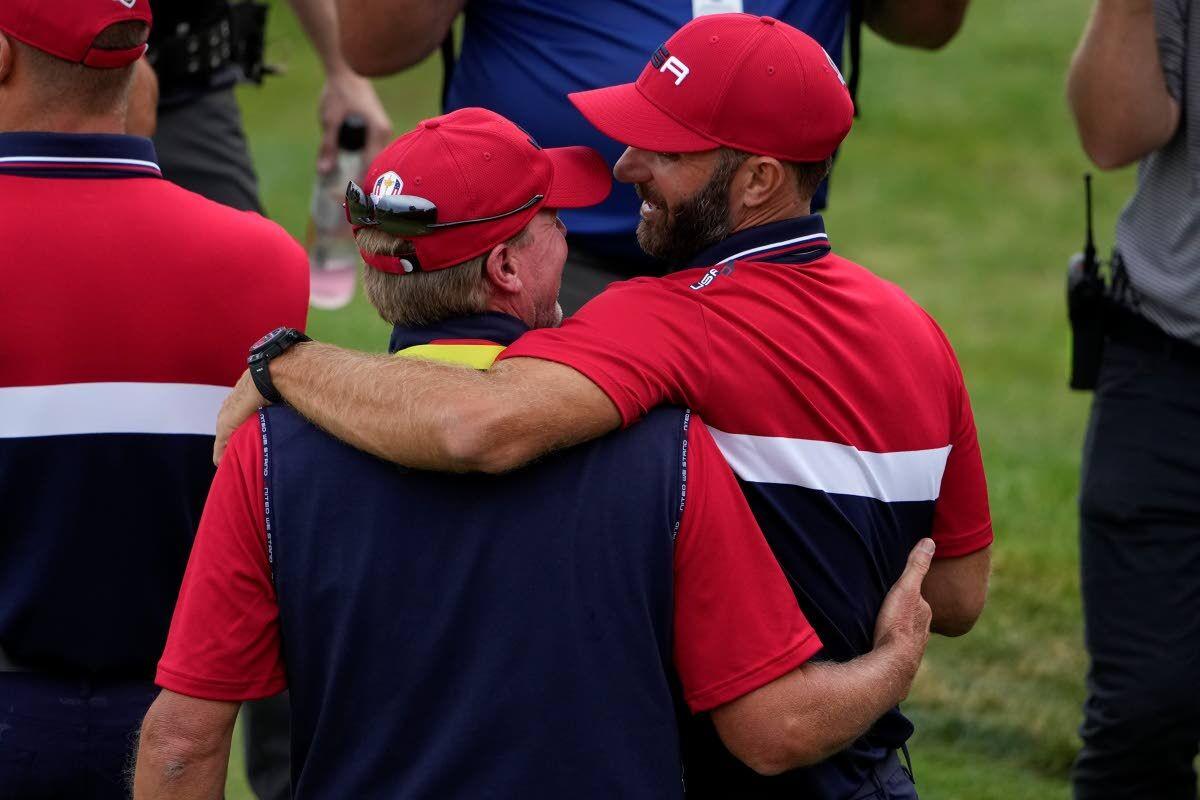 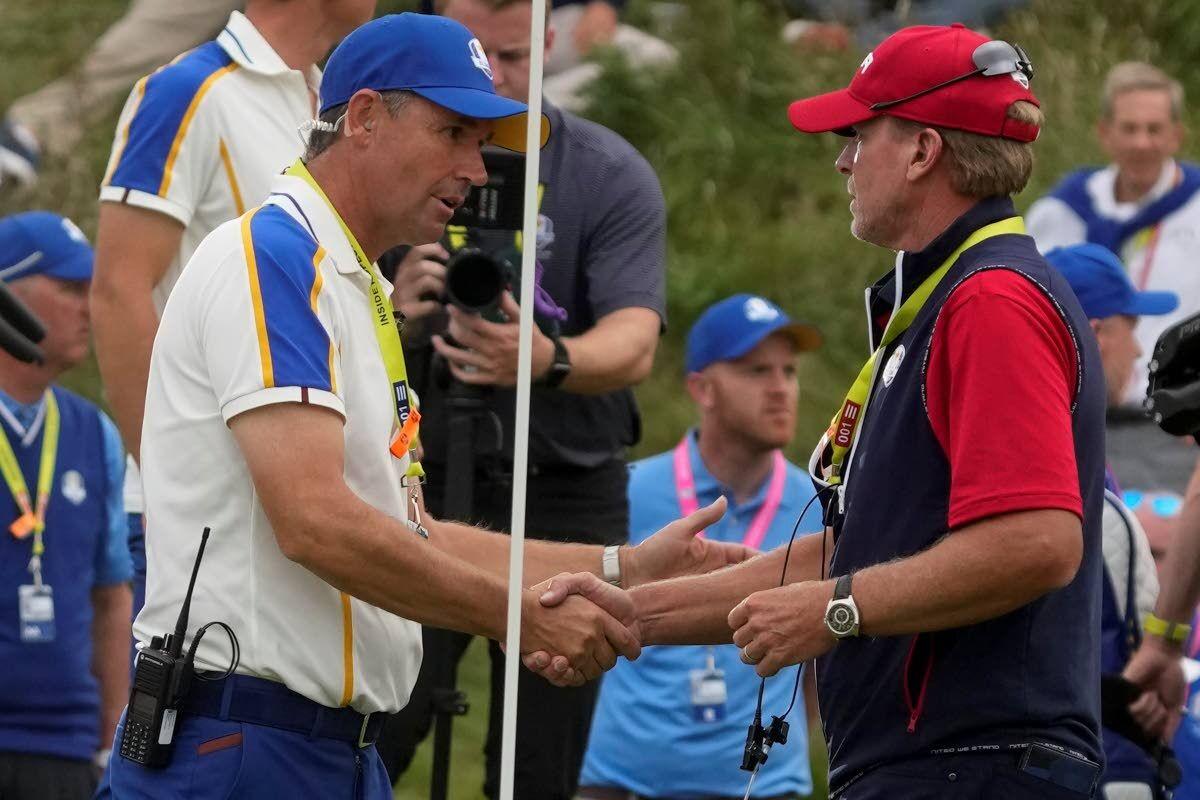 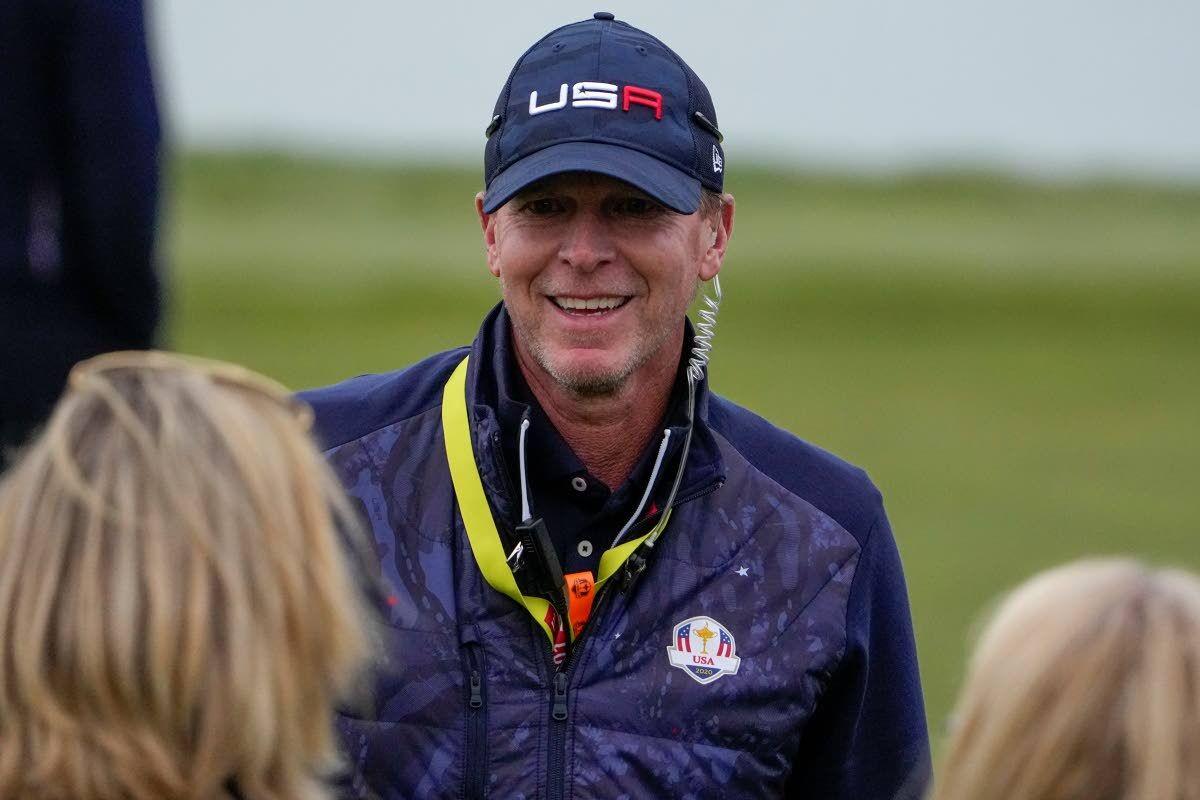 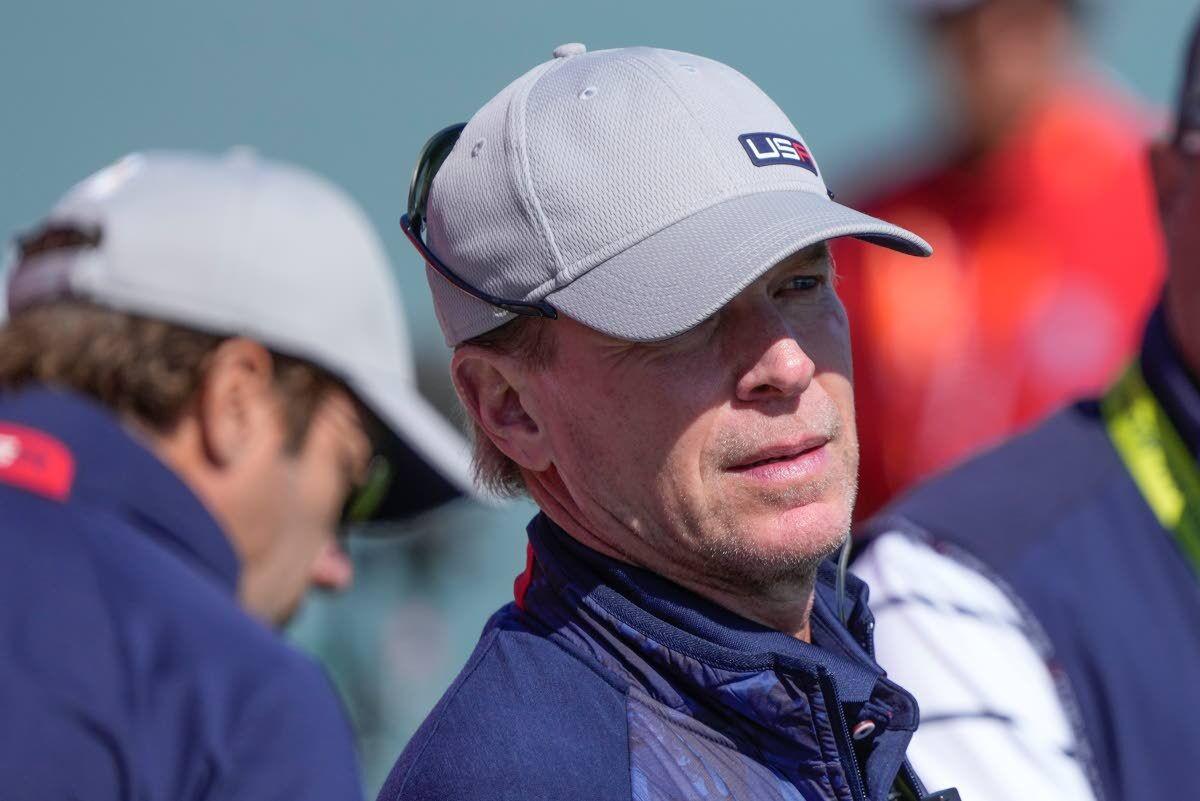 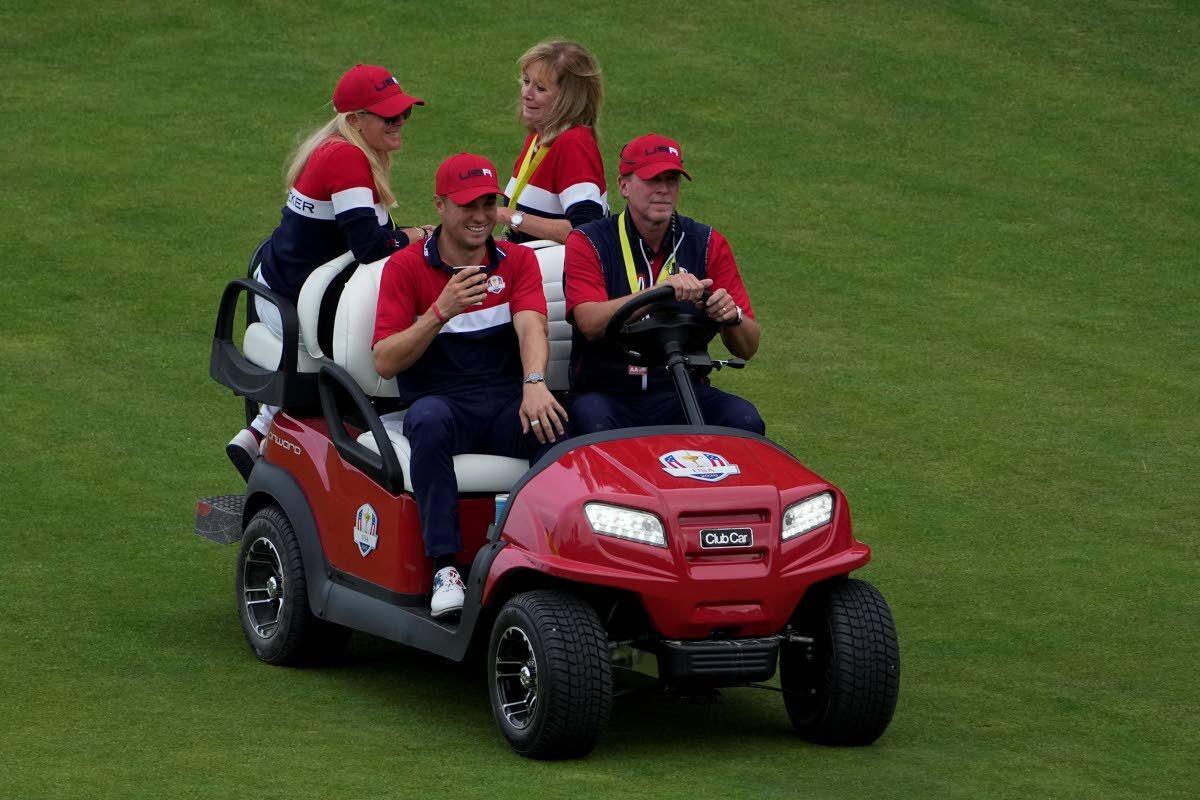 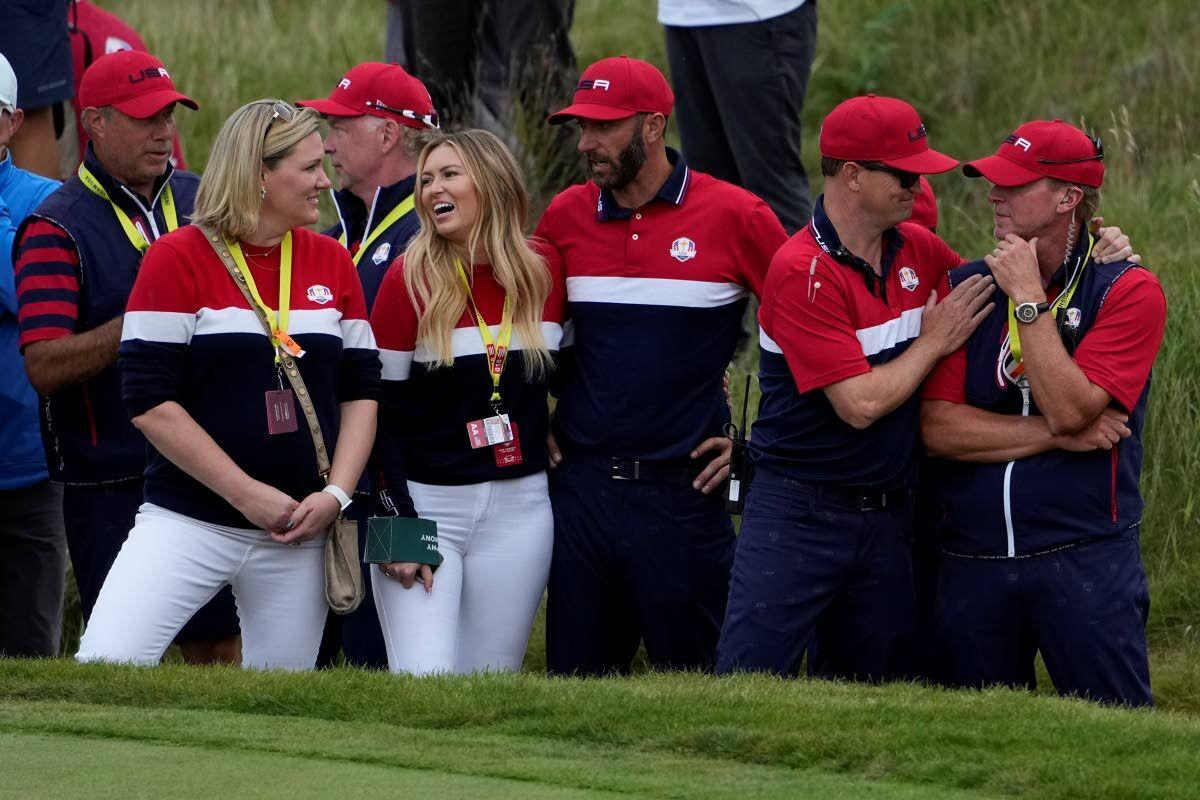 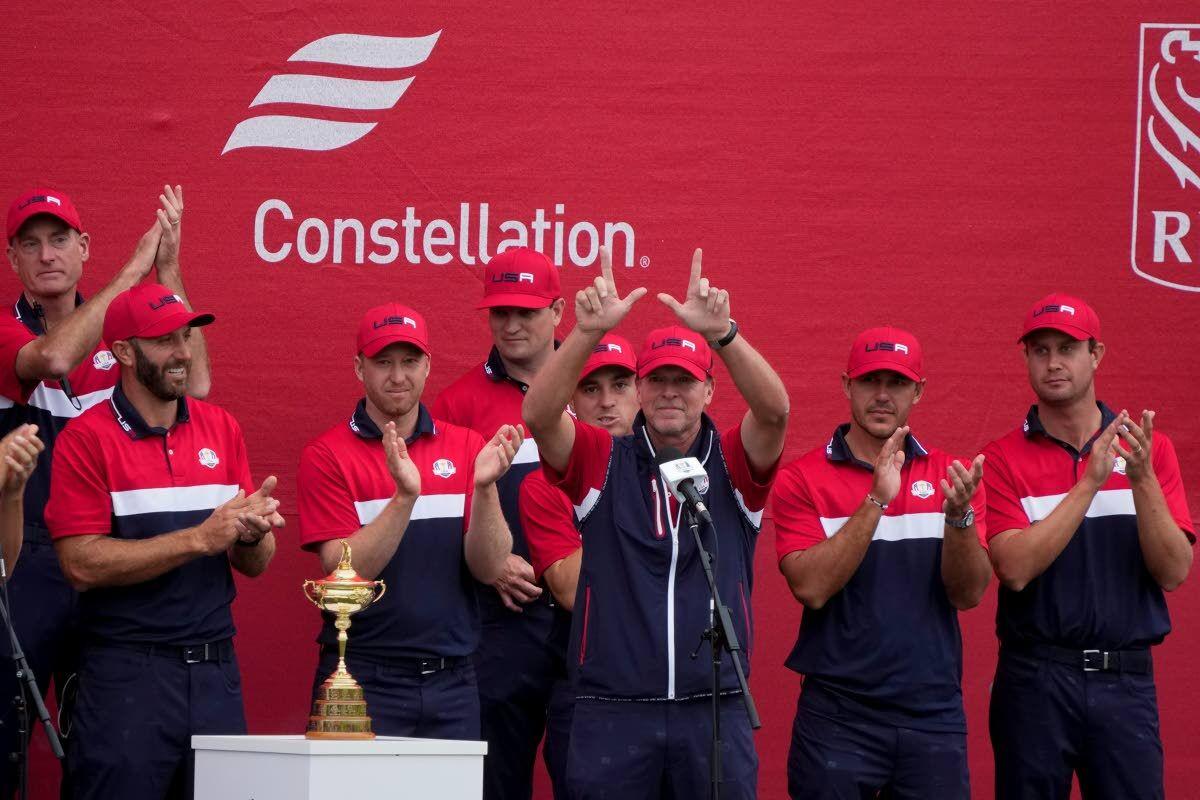 SHEBOYGAN, Wis. — Of course he cried. The odds of Steve Stricker not having tears running down his face after leading the U.S. to a dominating Ryder Cup win were about as long as the chances of Europe roaring back on Sunday to beat the Americans.

He cried before a shot had been hit and cried again when there were no more left to be hit. Later on, he cried some more, and a lot of people at Whistling Straits cried tears of happiness alongside him.

This wasn’t just a win but a rout. The Ryder Cup was safely back in American hands and the way this U.S. team performed, it looks like it might stay for a long time.

It might not have happened if not for a hometown captain who showed a supremely talented group of players how to win the way the Europeans always won — as a team.

“Without him, who knows how this week would have went," Collin Morikawa said.

Just how much did players want to win it for their captain? Bryson DeChambeau and Brooks Koepka offered to put aside their feud and play with each other if it would help get a few points.

“That’s how much it came together,” Stricker said. “That shows a lot about this whole team.”

It shows more about their captain, a popular and self-effacing 12-time winner on the PGA Tour who didn’t need a Ryder Cup captaincy to validate his career. He got one anyway and delivered the biggest blowout in the biennial matches against Europe in the 19-9 win.

Sure, the U.S. came in favored because it had the best players, but in past Ryder Cups that never seemed to matter. The Europeans usually were better as a team because previous U.S. coaches and players never seemed able to figure out what it meant to be a team.

Not this time. Not when they were led by a captain who had a couple of beers before the opening ceremony so he wouldn’t start crying when he introduced his wife and two daughters to the assembled crowd.

Stricker cried anyway, but that just made them want to win for him more.

“He’s so passionate. He’s a softie, he cares so much," Koepka said before play began. “It’d be nice to see him cry on Sunday."

Stricker spent three years getting ready for three long days, thinking more than anything the Americans' chances would be better if they were better prepared than the Europeans. That meant adding a half-dozen assistant captains to look after every detail, and making sure that Tiger Woods, recuperating in Florida, had a voice on this team.

But there were no rah-rah speeches in the team room like at past Ryder Cups. The 54-year-old didn’t create pods of players based on psychological evaluations or bring in celebrities to have their say.

Instead, Stricker and his assistants had a simple plan: Put your best in the best position you can and let them do the rest.

“This is the greatest team of all time right here," he said. “These guys are unbelievable."

That showed almost from the opening tee shot Friday, when the U.S. jumped out to a quick 3-1 lead in alternate-shot play. Two more 3-1 sessions followed and by the time play ended Saturday, the Americans had a commanding 11-5 lead.

It was as good as done, but the short message Stricker delivered to the team was it wasn’t done just yet. He sent them out to dominate one final day and they did just that, winning 8-4 and sending a message that there was a new world order in team golf.

“They obviously got it right this week, a very strong team,” European captain Padraig Harrington said. “But you know, I’m happy for Steve Stricker. You know, he’s one of the good guys in golf. If you’re going to get beat by a captain, that’s a good captain for sure."

The blowout win actually was the second for a team under Stricker, who led the U.S. Presidents Cup team to a 19-11 win in 2017 that paved the way for his selection as the Ryder Cup captain. He played in three Ryder Cups himself, but his 3-7-1 record now probably won’t be discussed much when there is talk about his legacy in the team competition.

After a week that went almost perfectly, Stricker could have taken credit for orchestrating the rout. But that’s not his style, and he went out of his way to thank almost everyone from the players to Woods to the Kohler family that developed the rugged course on the shore of Lake Michigan.

While he wasn’t ready to take a bow, he was eager to join in the celebration.

“I never won a major,” he said, tearing up yet again. “This is my major right here.”