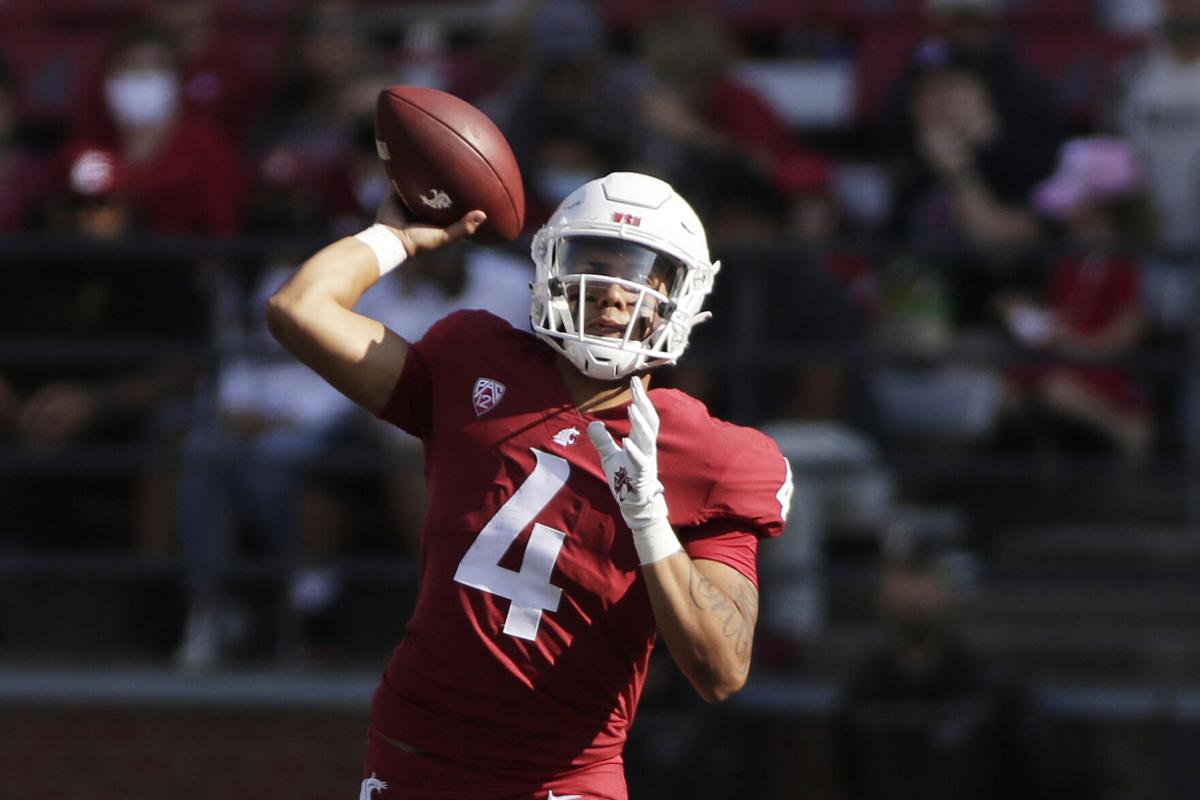 Washington State quarterback Jayden de Laura throws a pass during the first half of Saturday's game against Portland State at Gesa Field. 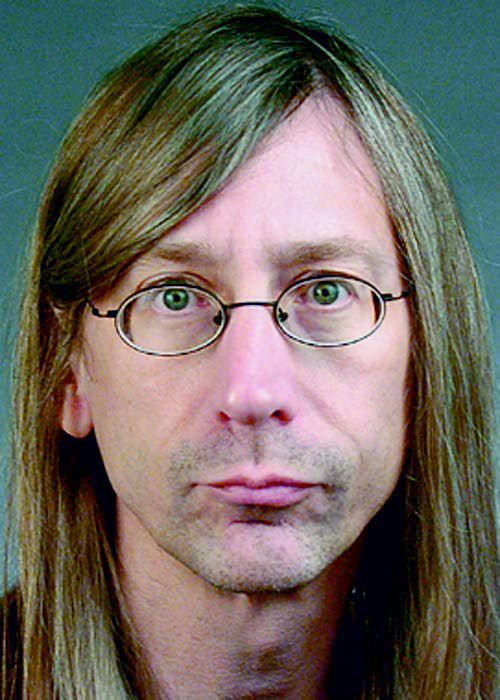 Washington State quarterback Jayden de Laura throws a pass during the first half of Saturday's game against Portland State at Gesa Field.

PULLMAN — Jayden de Laura zipped a pass over the middle to Travell Harris for 29 yards, then trotted downfield while motioning to his teammates with extended arms, like a music conductor demanding a faster tempo.

Then, dispensing with a huddle, he handed off to Deon McIntosh, who took advantage of a ruffled defense to burst over right guard for a 16-yard touchdown.

Was this Washington State football or the presto movement of “The Four Seasons?"

For most of the past decade, the Cougars have preferred clean offensive execution to heightened tempo, but a seven-play, 80-yard, pace-pushing drive in the second quarter Saturday at Gesa Field seemed the pivotal sequence in a 44-24 win against Portland State.

Coming off the field at halftime, Cougars coach Nick Rolovich lightheartedly told a sideline reporter that de Laura seems to raise his game in the face of “chaos.” After an uneventful second half, the coach took a more circumspect approach, characterizing the notion of de Laura's suitability to up-tempo football as “worth an argument around the water cooler.”

So that's what WSU fans presumably are doing. It's better than commiserating about an anguishing loss, which is what they were doing last week. As for Cougar coaches, suffice to say they're still trying to determine how best to exploit the talents of their mercurial sophomore quarterback from Hawaii.

From the moment he took the field as a true freshman against Oregon State in the Cougars' 2020 opener, it was obvious that teammates fed off his verve, energy and quick feet. But his lack of experience became more of a liability when the competition stiffened, and the Cougs finished that season 1-3. Then de Laura threw another wrench into the picture by drawing a DUI (of which he later was acquitted) and sitting out spring drills on suspension.

For whatever reason, the team found itself in yet another three-way preseason battle at quarterback (in Pullman, that's short for quandary-back), and this time de Laura surprisingly came in second to grad transfer Jarrett Guarantano.

Who knows how this story would have played out if Guarantano had stayed healthy. But in the Sept. 4 season opener against Utah State, he injured a leg in getting tackled for a safety, and now de Laura's back on the conductor's podium. His passing and decision-making are still inconsistent. But he had moments of brilliance against the Vikings, and the offense's 23-point outburst in the second period marked his finest hour as a Coug.

Rolovich's experiment with quickened tempo has a curious provenance. It was inspired by Utah State, which otherwise wrecked the whole of CougWorld with its 26-23 win at Gesa. In practices before that game, the Wazzu offense had employed a touch of tempo to help the defense prepare for the Aggies, and Rolovich liked how it looked.

Then, in the game itself, he thought de Laura made a few questionable presnap decisions — one reason dynamic running back Max Borghi finished with only 11 carries. So pushing the tempo was a way of eliminating some of those choices, bolstering the run game and putting de Laura into more of an improv mode.

That said, Rolovich likes more about this guy than his instincts. He goes on and on about how well de Laura took the news of his temporary demotion. He also clearly has an understanding of the coach's run-and-shoot offense, a version of which he ran in high school.

The boldness of some of his throws against Portland State required receivers, including Harris, to summon every possible ounce of focus and body control. But nothing could have been easier than Harris' 29-yard touchdown on a fade route to cap the Cougar scoring.

It came on fourth-and-7, with WSU leading by 20 points with two minutes remaining, and Rolovich had been mulling etiquette questions and considering a field-goal try. He called a timeout.

“Coach, let's go for it,” de Laura said, according to the coach.