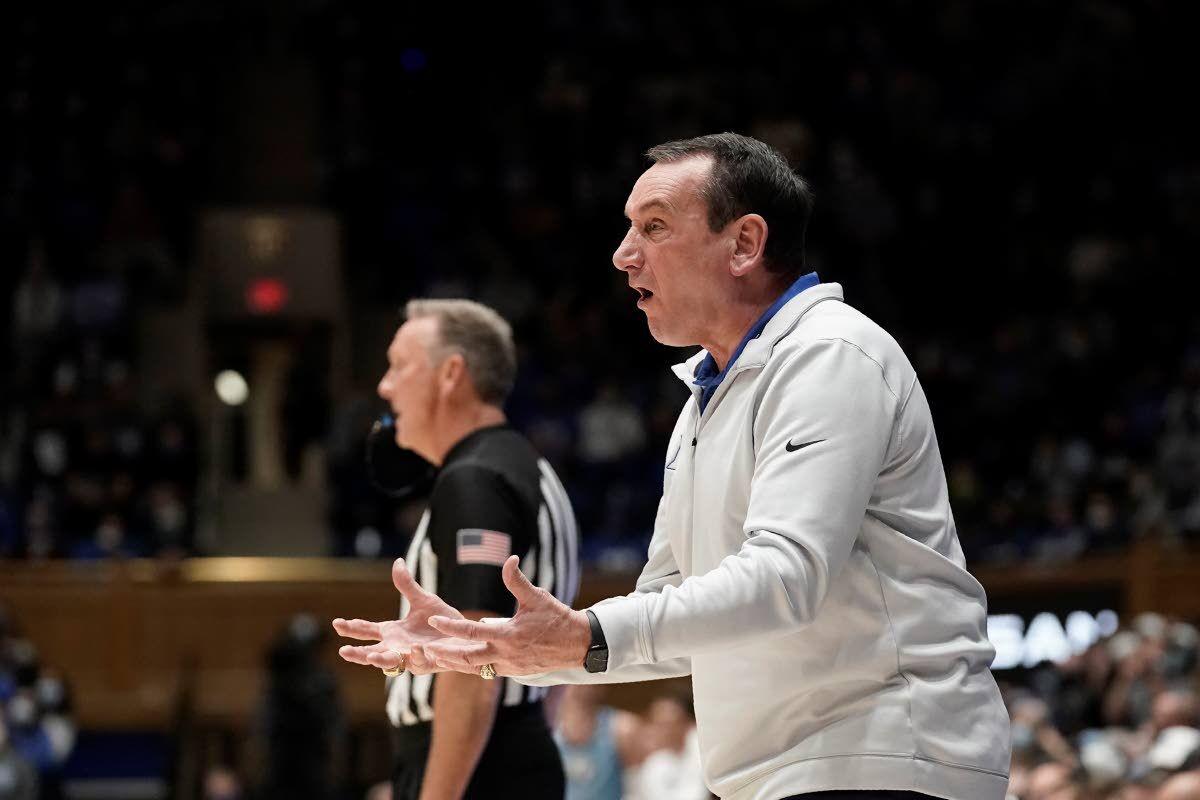 Duke coach Mike Krzyzewski, who is in his final season, has matched up with Gonzaga three other times in his 47-year career. 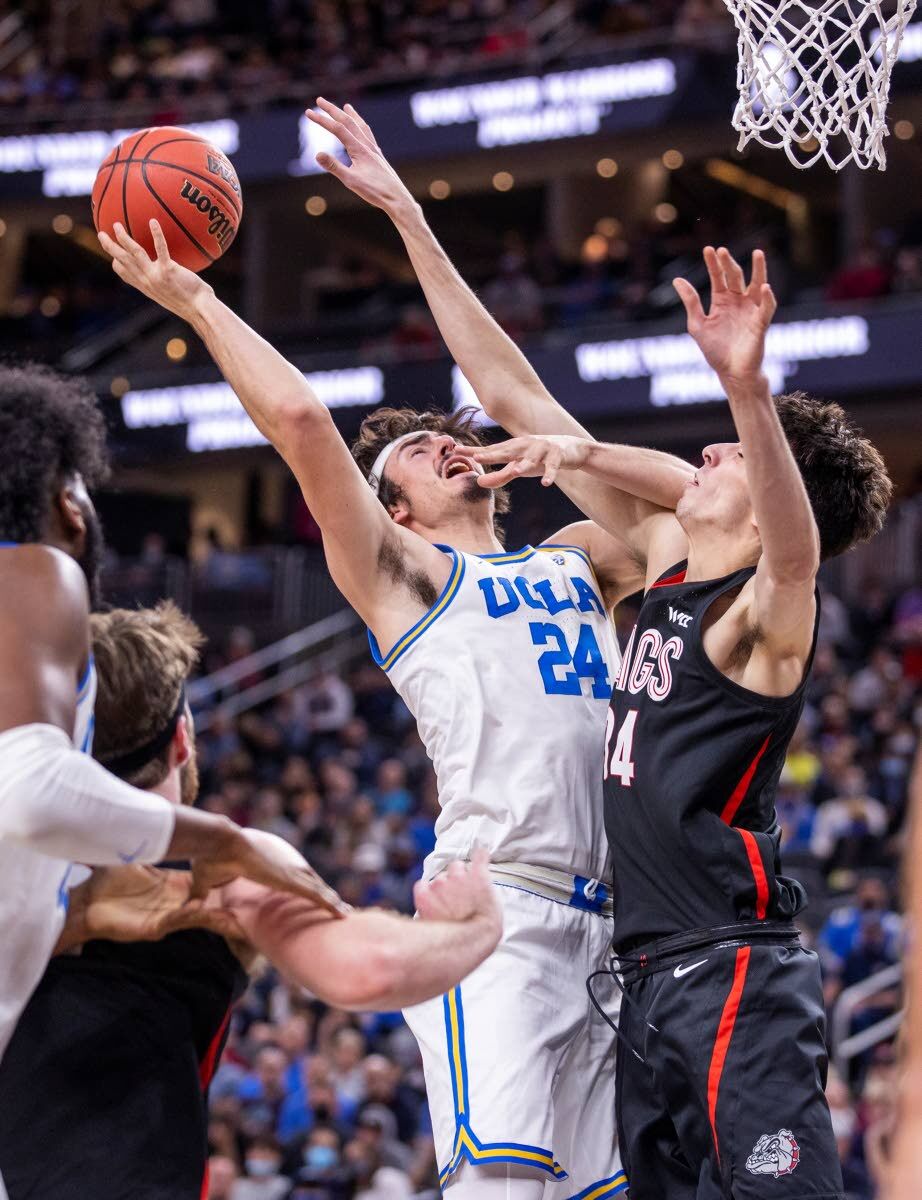 Duke coach Mike Krzyzewski, who is in his final season, has matched up with Gonzaga three other times in his 47-year career.

LAS VEGAS — During Gonzaga’s rise from unassuming Cinderella to unequivocal blue blood, the Bulldogs did their best to set up nonconference challenges against some of the best teams in the country.

Now, other blue bloods are calling up the Zags with the same goal in mind.

Two decades ago, the premise of a top-ranked Gonzaga team being a barometer for fifth-ranked Duke might have seemed far-fetched, but that’ll be the case when the Bulldogs (6-0) and Blue Devils (6-0) meet at 7:30 p.m. today at T-Mobile Arena in Las Vegas in a nationally televised game on ESPN.

The Bulldogs already have disposed of then-No. 5 Texas, leading by as many as 22 points before rolling to a 86-74 victory, and spent 40 minutes in cruise control against No. 2 UCLA on Tuesday, running out a 24-point lead on the Bruins before winning 83-63.

Still, for any number of reasons — the first of those being the four-letter word on the front of their jerseys — the Blue Devils won’t be overlooked by a Gonzaga team that has an opportunity to win its third consecutive game against a top-five team.

According to an ESPN graphic that aired Tuesday, the Bulldogs could become the second team in recent college basketball history to secure three top-five wins in the month of November. Duke’s 2012-13 team was the only other team to do it, beating No. 3 Kentucky, No. 2 Louisville and No. 4 Ohio State.

“They know what it is to do hard things together,” Krzyzewski said. “And so they’ve got that combination of old, really good, and young, really good. And then a great coach in Mark Few.”

The game will mark the 1,538th of Krzyzewski’s career and one of the biggest matchups of the esteemed coach’s farewell tour. Krzyzewski, who has won a men’s college basketball record 1,176 games, is retiring at the end of his 47th season. Meanwhile, sitting on the opposite bench is Few, the sport’s active leader in career winning percentage (.837), and someone who has led Gonzaga to six consecutive Sweet 16 appearances.

But the Hall of Fame coaches are expected to play only a tertiary role. The headliners, meanwhile, could well be Gonzaga’s Chet Holmgren and Duke’s Paolo Banchero, freshmen who are widely expected to be the top two picks of the NBA draft. Two days before the Duke-GU matchup, ESPN.com published a subscriber-only article titled “NBA draft No. 1 pick debate: Chet Holmgren or Paolo Banchero?”

Fully aware those conversations exist, Holmgren indicated he hasn’t been caught up in the individual battle with Banchero.

Banchero, a Seattle native who was considering Gonzaga during the recruiting process, is averaging 17.8 points per game, 8.0 rebounds and 2.0 assists for Duke through five games and is coming off a season-high 28 points against The Citadel. Playing next to national player of the year candidate Drew Timme, Holmgren is averaging just 13.2 points, but he’s had a sizable impact in other areas for the Zags, grabbing 6.7 rebounds to go with 3.0 assists and 3.5 blocks.

There’s been one other meeting between Banchero and Holmgren, in the 2021 Iverson Classic — a high school all-star showcase in Memphis, Tenn. — that also featured Duke’s Trevor Keels and AJ Griffin, along with Gonzaga’s Nolan Hickman and Hunter Sallis.

Hickman and Banchero are longtime friends who played AAU basketball together for Seattle Rotary.

“It’s not surprising, I’ve been seeing Paolo doing what he do for so long,” Hickman said. “I’m proud of him to see how he came a long way and doing this at this type of level. So, good for him but I’m against him, so I’m not worried about him for right now.”

Asked if Hickman would engage in friendly banter with Banchero before the game, Gonzaga’s freshman guard responded, “No doubt, yeah I’m definitely talking my talk. He knows that, though. He knows. That’s my dog, though.”

The Blue Devils are wary of how the Bulldogs can hurt the opponent in transition after Gonzaga scored 18 fast-break points against UCLA.

“That’s clearly a key when you play them,” Duke assistant Jon Scheyer said. “I think more importantly are the shots you get on offense. You need to really work well together. It’s not going to be easy.”

Andrew Nembhard, the player responsible for leading the Zags’ fast break, might have moved up a few places on Duke’s scouting report after scoring 24 points to go with six assists, five rebounds and three steals Tuesday.

“He was the guy at the airport on the speed sidewalk,” Krzyzewski said. “The other people were walking and he said, ‘No, you should be on this.’ Not only that, he was walking faster on that than the (other) people.”