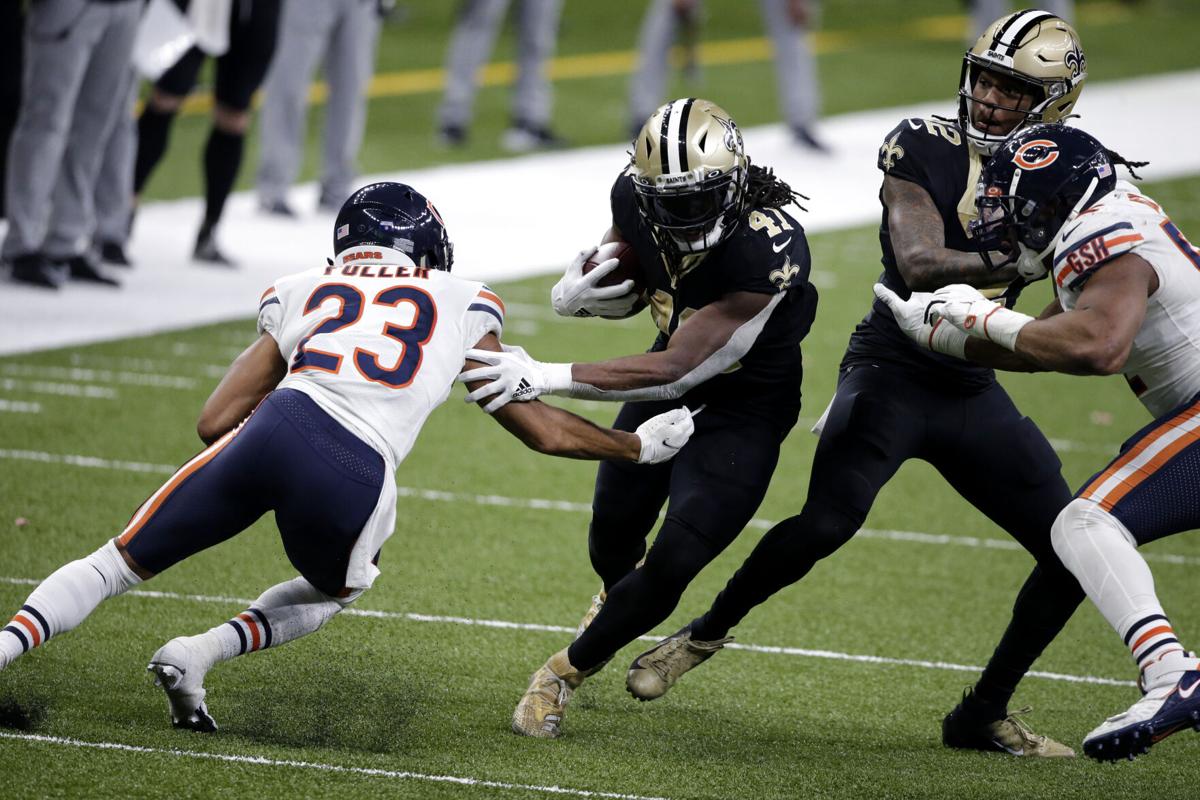 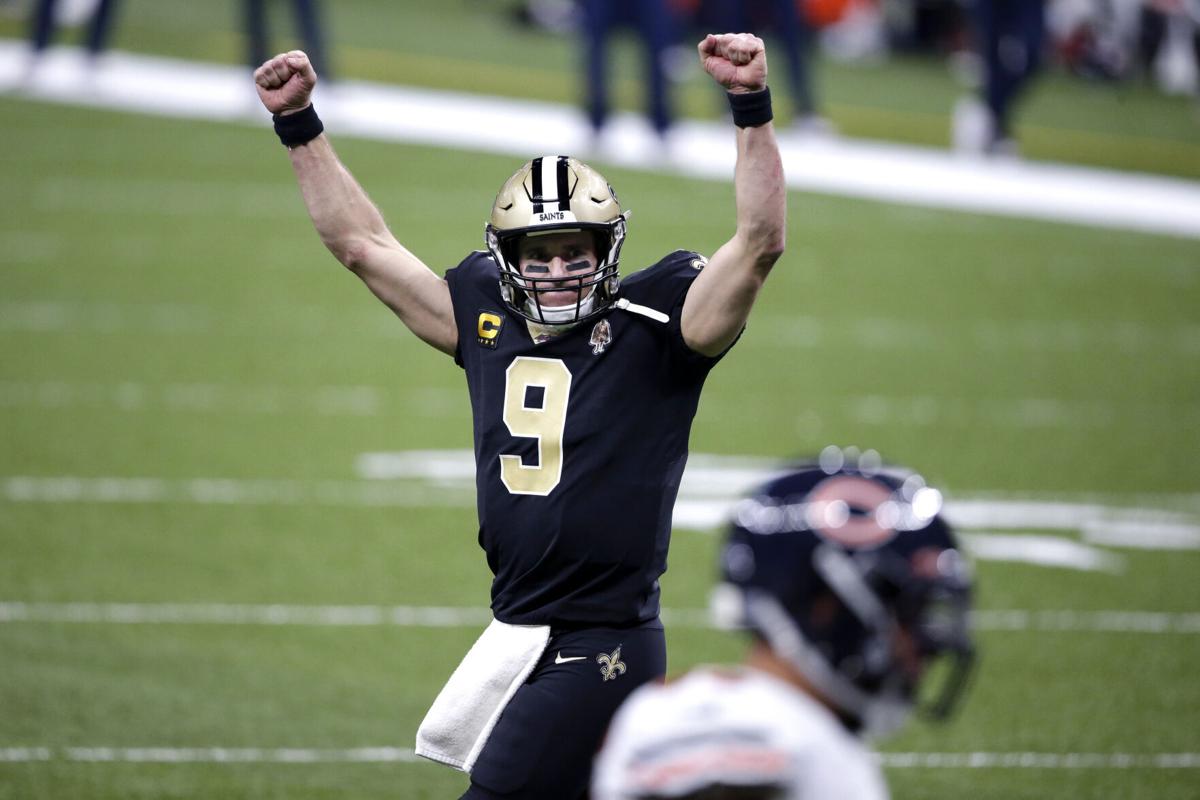 New Orleans Saints quarterback Drew Brees (9) reacts after a touchdown by Alvin Kamara in the second half of an NFL wild-card playoff football game against the Chicago Bears in New Orleans, Sunday, Jan. 10, 2021. 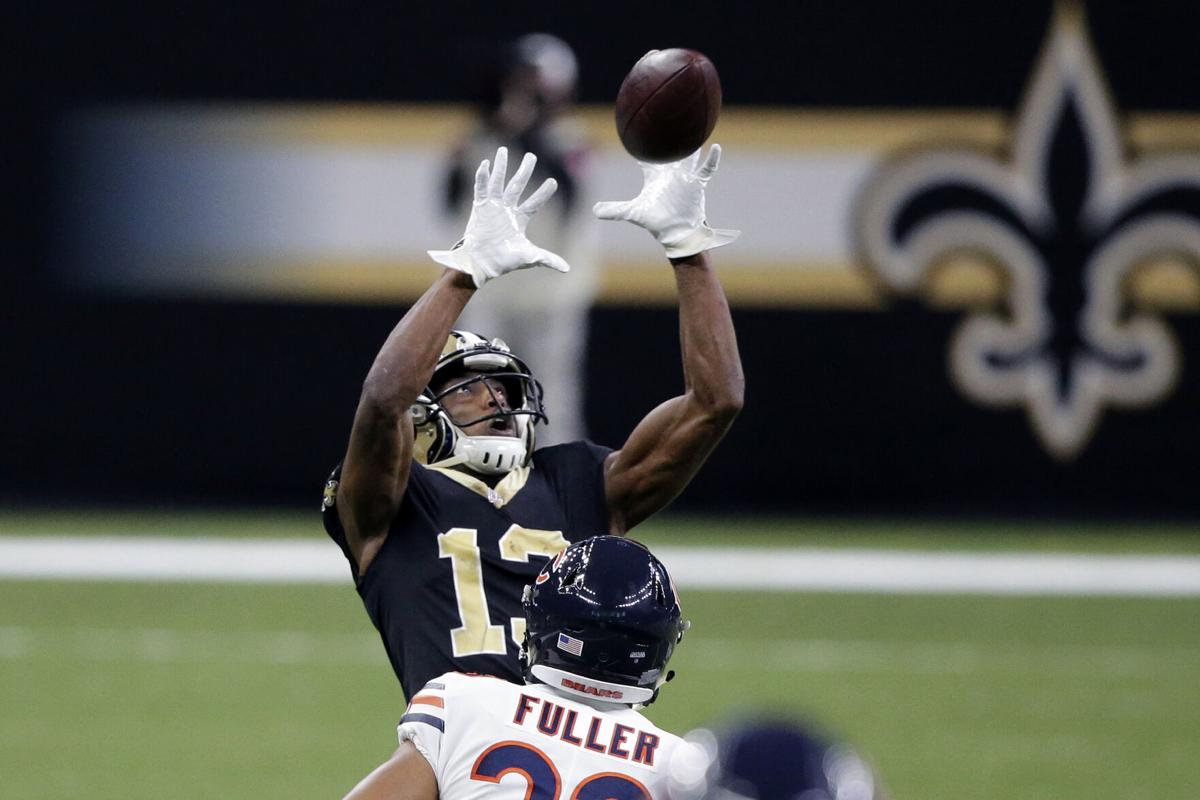 New Orleans Saints quarterback Drew Brees (9) reacts after a touchdown by Alvin Kamara in the second half of an NFL wild-card playoff football game against the Chicago Bears in New Orleans, Sunday, Jan. 10, 2021.

NEW ORLEANS — Drew Brees will get to celebrate his 42nd birthday by preparing for a playoff game that will also feature the one active NFL quarterback older than him.

Brees completed 28 of 39 passes for 265 yards, connecting with Michael Thomas and Latavius Murray for touchdowns, as the New Orleans Saints defeated the Chicago Bears 21-9 in an NFC wild-card game Sunday.

The victory for the Saints and Brees, who turns 42 on Friday, sets up a divisional-round meeting this coming weekend in the Superdome with Tampa Bay and 43-year-old quarterback Tom Brady. The Saints won each regular-season matchup with the NFC South rival by double digits.

Alvin Kamara rushed for 99 yards and added a 3-yard touchdown run in the fourth quarter after sitting out the regular-season finale and not practicing this past week because of contracting COVID-19.

“I was fine, no real symptoms,” Kamara said of his absence. “I got a bye week. It's like, you have no choice but to sit and recover and get your body back right. I felt good.”

The Bears put forth a scrappy performance defensively that prevented the Saints from building more than a one-touchdown lead until Murray's 6-yard catch-and-run made it 14-3 late in the third quarter.

That score resulted from a big Bears mistake: Safety Eddie Jackson, lined up for an apparent blitz, jumped offside on fourth-and-3 from the Bears 13-yard line.

“It was basically a no-brainer freeze. We were just going to take a delay (of game) and then kick the field goal," Payton said. "It worked pretty well.”

Brees' first touchdown pass in the opening quarter was 11 yards over the middle to Thomas, back from a three-game absence to help heal a nagging ankle injury. The 2019 offensive player of the year missed nine games this season and had not caught a touchdown pass since December 2019.

“He had a few big plays for us and he's going to continue to have more and more big plays,” Payton said. “I'm glad that he had that time to really stay off his ankle. And I know it's not 100 percent but, man, he's going to be significant for us in all of these games.”

Thomas finished with five catches for 73 yards and Deonte Harris, back from a neck injury, caught seven passes for 83 yards.

Tashaun Gipson set up Chicago's first points and might have prevented a Saints score on the same play. He got his hand on the ball as Taysom Hill attempted to throw deep. The ball fluttered a few yards and defensive lineman John Jenkins caught it, setting up Cairo Santos' 36-yard field goal to make it 7-3.

But the Chicago offense struggled against a defense ranked fourth in the NFL. Mitch Trubisky was 19-of-29 passing for 199 yards and one inconsequential scoring pass to Jimmy Graham as time expired. The Bears were held to 48 yards rushing.

“Making the playoffs is great, but what we did today has to be a lot better,” Trubisky said. “Today wasn’t good enough. And you look at a team like the Saints that has been there, done that on the coaching side, player-wise. I think that that’s a start for us to realize, ‘You want to go ahead and do damage in the playoffs, you can see situationally, discipline-wise, all that stuff, how we’ve got to be better.' ”

The Saints never previously allowed fewer than 14 points in a playoff game.

“Our defense played outstanding,” Payton said. “We tackled well in space. ... Ultimately we forced them to become one-dimensional, and when you do that you're going to win a lot of games."