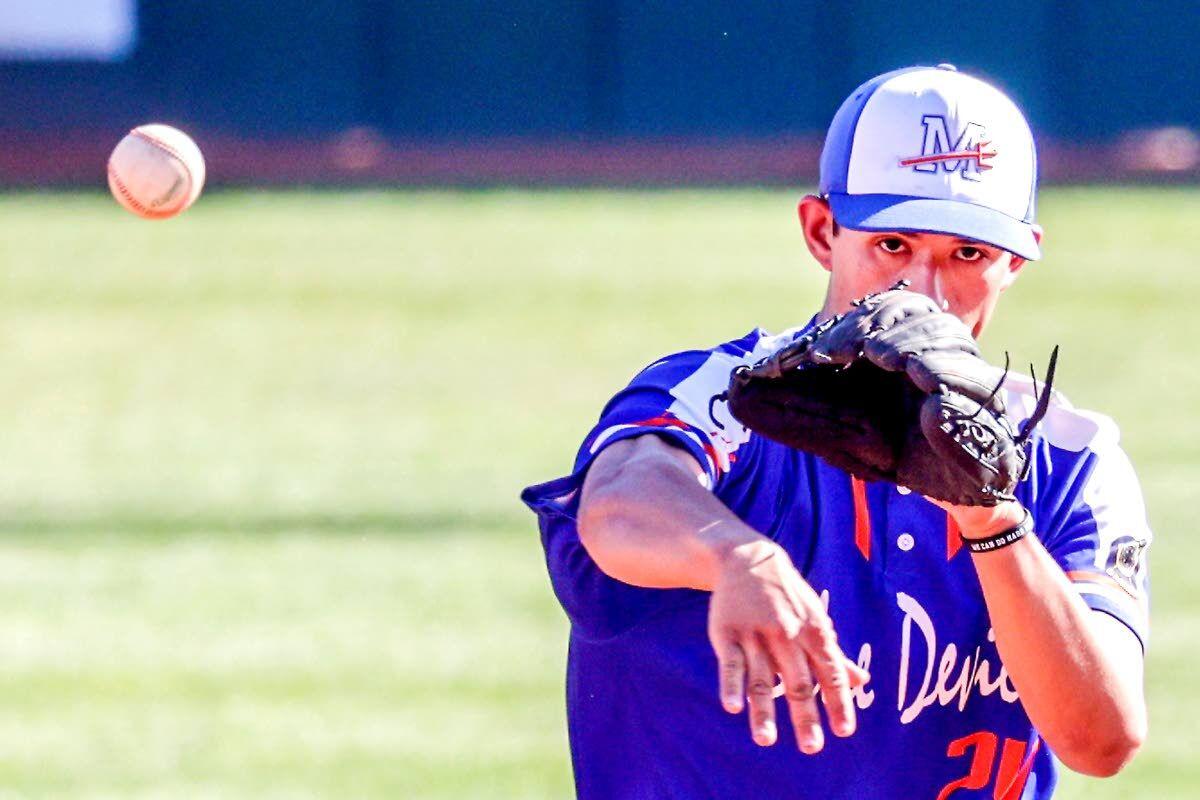 August Frank/TribuneMoscow Blue Devils player Isaac Staszkow throws to first base during an American Legion game Tuesday against the Lewis-Clark Cubs at Harris Field. The Blue Devils are off to a 6-1 start to the summer. 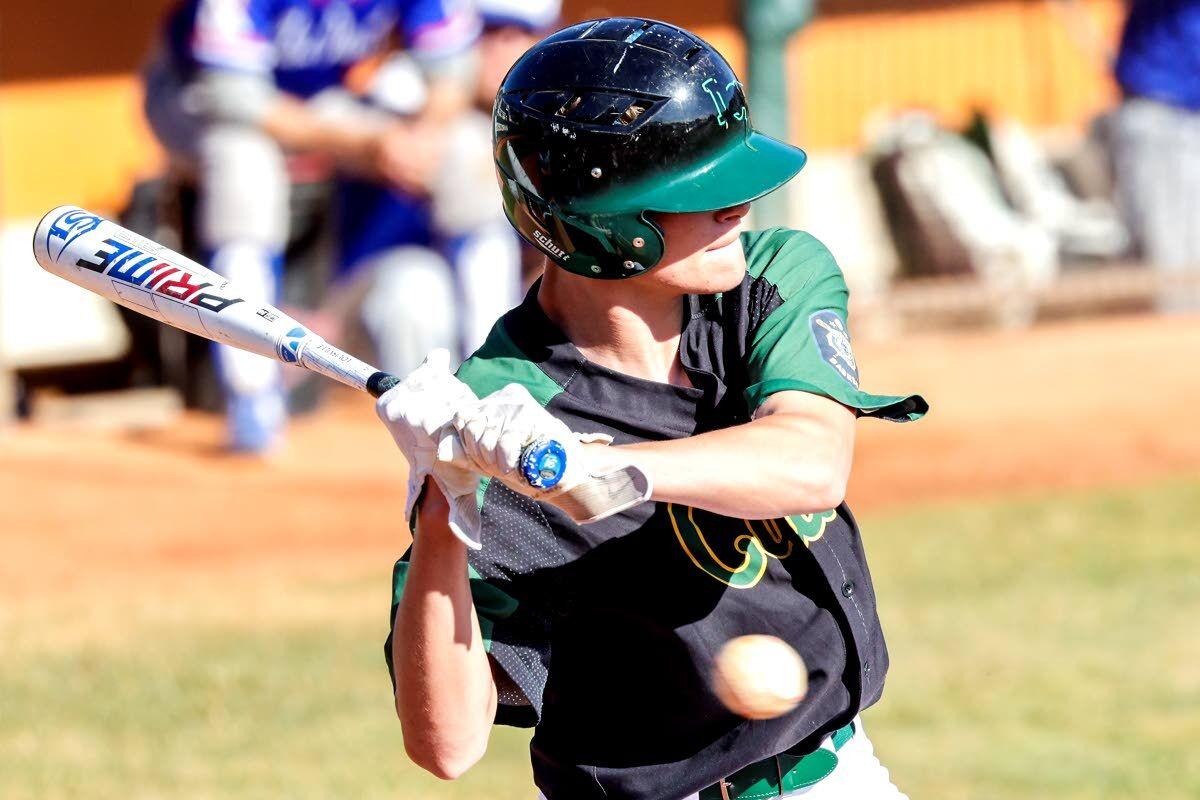 LC Cubs Tucker Konkol bides his time as he waits for the right pitch to swing during a game against the Moscow Blue Devils at Harris Field in Lewiston on Tuesday.

August Frank/TribuneMoscow Blue Devils player Isaac Staszkow throws to first base during an American Legion game Tuesday against the Lewis-Clark Cubs at Harris Field. The Blue Devils are off to a 6-1 start to the summer.

LC Cubs Tucker Konkol bides his time as he waits for the right pitch to swing during a game against the Moscow Blue Devils at Harris Field in Lewiston on Tuesday.

American Legion baseball in summer 2020 was a chaotic business that ultimately was cut short, like so many things at that unique juncture in history.

Now, area Legion teams are expecting once again to play out a full and uninterrupted schedule. The season already is underway, with teams from the Lewiston-Clarkston valley, the Palouse and the Camas prairie in action.

The Moscow Blue Devils, who held an 18-4 record when their season was called off because of the pandemic, are off to another hot start at 6-1 in North Idaho Single-A competition. Moscow boasts an experienced roster, including several athletes who were members of the offshoot “Rebel Devils” team that formed to continue playing baseball after official Legion action was canceled.

“We have the core, the nucleus of our guys back,” Blue Devils coach Stan Mattoon said.

“We’re excited to have three older guys to mentor our younger ones,” Mattoon said. “... I do think this is one of the teams that once we get rolling, we could be hard to stop.”

Mattoon, who cited the Camas Prairie Zephyrs out of Grangeville and the Lewis-Clark Cubs as notable rivals for the Single-A league title, thinks the Blue Devils have a high ceiling for regular season and postseason success.

At the AA level, the ­Lewis-Clark Twins boast the coach and two of the same players from this spring’s Idaho high school Class 1A state champion Genesee team, with Kevin Maurer returning at the program’s helm, and Bulldog players Jack Johnson and Nate Guinard appearing on the roster.

So far, however, the Twins have not carried over the Genesee momentum, going 0-4 to start their season.

“A lot of these guys haven’t played with each other yet,” Maurer said. “We’re still early on in developing team chemistry and getting to know each other so we get that trust out on the field while we develop the skill set to be able to compete.”

Other Twins to watch include Lewiston High School graduate and University of Washington commit Cruz Hepburn, along with sophomore third baseman Elliott Taylor — son of Lewis-Clark State coach Jake Taylor — who Maurer said has a “really good stick” and is improving at the plate and on defense.

“Our goal is always to represent our valley in the best way possible,” Maurer said. “We work tirelessly every day to not only perform well on the field, but also when we step off it, we want to represent our community the right way.”

Highlights of the schedule include the Dwight Church tournament the team will host starting Thursday, as well as a trip to the Missoula (Mont.) Memorial tournament starting June 24. The Twins also are scheduled to compete in the Spokane Wood Bat Classic during July 4 weekend as well as the Palouse Summer Series from July 8-11.

The L-C valley’s Single-A team, the Cubs, has gone 1-3 in its opening week of competition. Coach Kent Knigge, who still is working out the lineup as his players prepare to settle into summer break, said they form “a young ball team that has a lot of potential to really get better.”

Knigge is targeting “.500 ball on the road and a .750 winning percentage at home” as his program embarks on a challenging schedule that will be highlighted by the Cubs’ playing host to the Clancy Ellis tournament later this month. The team also will be playing in the Palouse Summer Series during July 4 weekend.

“Everyone’s giving it 100 percent,” Knigge said. “The Legion program here in the L-C Valley has a very high standard, and I’m very proud of what they’ve done this year.”

The Orofino Merchants will not be playing this summer, as there weren’t enough players to field a team.

The Zephyrs opened their season this past weekend against the Blue Devils with a split of a doubleheader. The Zephyrs, led by David Shears, currently have a 13-game schedule for the summer.

The Pullman Posse opened its season this past weekend with an 8-7 loss to Mead.