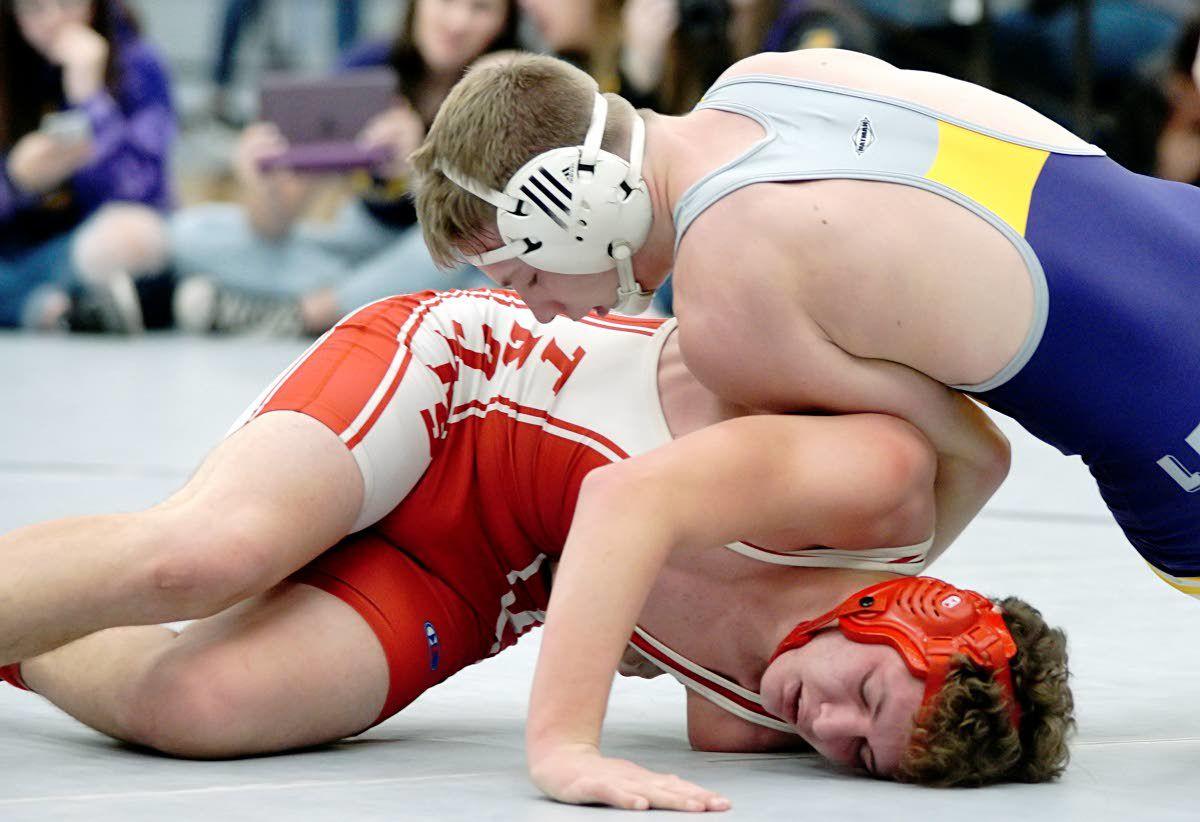 Lewiston’s Damon Shaw (top) tries to flip Homedale’s Rhyalee Nix on his back during the 170-pound final at the Clearwater Classic on Saturday at Booth Hall.Kai Eiselein/Moscow-Pullman Daily News 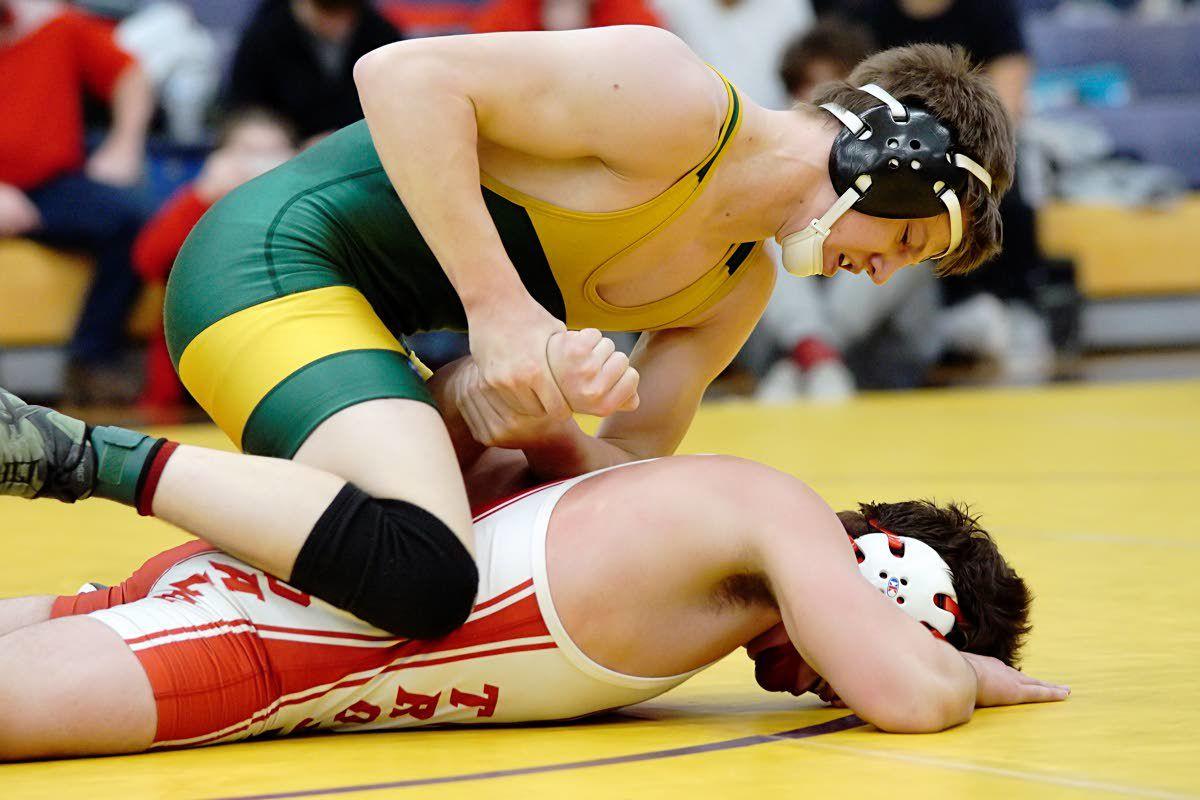 Lewiston’s Damon Shaw (top) tries to flip Homedale’s Rhyalee Nix on his back during the 170-pound final at the Clearwater Classic on Saturday at Booth Hall.Kai Eiselein/Moscow-Pullman Daily News

Lewiston finished with 168.5 points to Kennewick’s 164. Potlatch came in next among area teams and fifth overall with 113.5 points.

“Kennewick had one of their placers get disqualified because of a slam, and that actually closed the gap or allowed us to hold our lead,” Lewiston coach Stuart Johnson said. “I don’t know (what) the points differential (would have been) had he not slammed — it might have been tied or close to (it) — but a win is a win. To come out on top is pretty awesome.

“You start getting kids that are going into those placing rounds, that’s when the points start really adding up. Early on, we had a good first round, but then our second round of wrestling wasn’t as successful as I’d like to have seen it. After that round, kids started pulling through and I think that’s when we started climbing a bit more.”

Headlining the Lewiston effort was junior Reuben Thill, who took gold at 182 pounds for the second consecutive year and was named the tournament’s Outstanding Wrestler in the heavy divisions. He won his first three matches by opening-round fall before taking a 6-3 decision against Caden Noha of Colfax in the final.

“I’d like to thank my teammates for pushing me hard in the room every day, and my coaches,” Thill said.

Also winning titles for Lewiston were Tristan Bremer at 106 and Damon Shaw at 170.

Potlatch junior Gabe Prather’s major decision victory against Joseph Egusquiza of Homedale in the 145-pound final and last match of the day helped to secure him the Outstanding Wrestler award for the lighter divisions. Like Thill, Prather won his division for a second consecutive year.

Egusquiza was No. 1 seed going into the draw, but Prather dominated their encounter 17-4, closing out the match with his opponent in a leg split hold. Egusquiza had to be helped to his feet afterward because of a knee injury.

“The kid got injured, and I just kept going, doing what I do,” Prather said. “It’s a knee; you can’t avoid it. My matches were tough. There’s a lot of competition here at the Clearwater Classic, and it’s a good tournament, and I plan on coming back next year for my senior year.”

“The kid can do the splits,” Bryngelson said. “It’s hard to keep up with him. I thought he wrestled pretty dominantly, as the score showed. We went in there and we were the underdog. We won the takedown battle, and that was key; takedowns are always key to everything.”

James Clark (132) also topped his class for the Loggers, finishing with a 22-8 major decision against Clarkston’s Tanner Lange, and Potlatch’s Taylor McPherson won the 123-pound girls’ division with a pair of pins that took less than one minute apiece.

In other girls’ action, Kadence Beck (109) and Ruby Kessinger (130) won for Orofino, and Caila Rice (116) triumphed for Clarkston.

Gabe Smith of Pullman, who claimed the 113-pound title last year, rounded out area titlists with a win at 126.

Final team scores and area placers by division are listed below: