Log In
There are no services available.
You have permission to edit this article.
Edit
News
Northwest
Sports
Opinion
Obituaries
Special pubs
7-day index
E-edition
Extras
Wire
Submit
Subscribe
1 of 3 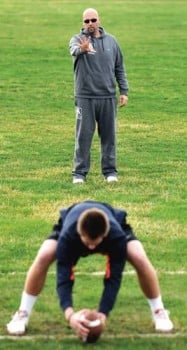 Chris Rubio tutors Will Genske of Pasadena, Calif., on his long-snapping technique. The Lewiston-based Rubio runs a school devoted to that art. 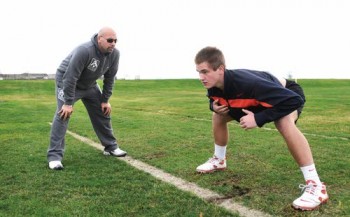 Chris Rubio oversees a workout by Will Genske. Rubio this year has 75 former pupils playing college football, either as scholarship recipients or walk-ons. 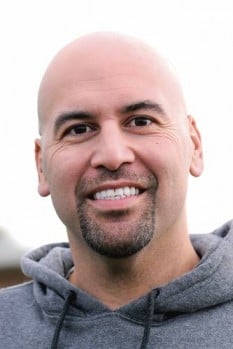 Chris Rubio tutors Will Genske of Pasadena, Calif., on his long-snapping technique. The Lewiston-based Rubio runs a school devoted to that art.

Chris Rubio oversees a workout by Will Genske. Rubio this year has 75 former pupils playing college football, either as scholarship recipients or walk-ons.

When Chris Rubio considered the idea of forgoing his middle-school teaching profession to teach something that would offer him less initial job security and financial support, he thought long and hard.

Instead of educating 12- and 13-year-olds about the events of the Civil War, he would be instructing them in the fine art of long-snapping, one of football's most unfamiliar and underrated skills.

That decision, still one Rubio reminisces about, undoubtedly paid off.

The Mr. Rubio who once taught junior-high history and English in Southern California is now Chris Rubio, long-snapping guru.

In a recent speech he gave at Lewis-Clark State College, Rubio voiced the motive that led him to managing a nationally renowned long-snapping "fraternity," as the expert labels it.

"If I was in that class at 18 or 19 and said, 'I'm going to start a long-snapping company and I'm going to teach people how to snap a ball 15 yards really, really fast and I'm going to get rid of my teaching job which has good union, good salary, good insurance. And I'm going to throw it all away and let it ride on this,' I would've flunked myself."

Based in Lewiston, Rubio Long Snapping has become a national brand. Such a national brand that the National High School Player of the Year awards banquet has dedicated the Herbalife 24 Chris Rubio Award in his name. The award annually recognizes the nation's elite high-school long-snapper.

To add to his reputation, both starting long-snappers that will feature in the forthcoming BCS national championship game between Alabama and Notre Dame were Rubio-taught.

The teacher-turned-snapping expert is debating on whether to attend the national championship game, but if he does, two of the nation's most historic programs colliding on college football's most prestigious stage won't mesmerize Rubio.

Even before a back injury derailed any hope of snapping professionally, Rubio claimed he wasn't very "footbally" and for the specialist who has worked with five active NFL snappers, that hasn't changed.

"Even to this day, I'll 'TiVo' some games that have my snappers in them just so I can fast forward to see them. I could care less who wins and loses. I watch a little more football than I used to," he said.

Rubio is part of a select group of position coaches invited to instruct high-school players at annual camps staged by the nation's most decorated programs - Oregon, Alabama and LSU, to name a few.

His first experience at LSU was eye-opening, Rubio recalls.

"I remember the first time I went to LSU six years ago or something like that, they were giving us a tour of their facilities and the trophy room and I'm looking and I go, 'Wow this is a lot of trophies, this is pretty big time.' And my buddy goes, 'You know they won the national championship three months ago, right?' And I go, 'I had no idea.' "

Ironically enough, Les Miles' program at LSU has picked up a Rubio long-snapper twice in the past three years.

Since 2001, when Rubio received an invitation to assist his former UCLA teammate Chris Sailer at a kicker/punter-specific camp in Las Vegas, the ex-Bruin long-snapper has now instructed more than 175 players.

This year alone, 75 Rubio-trained snappers have either received scholarships or walked on to play football at the collegiate level. The top-ranked snapper in Rubio's 2013 class, Cole Mazza, is poised to become the first player ever at his position to receive a scholarship from Alabama's Nick Saban.

The accolades keep building up for Rubio, yet his prestige and reputation amongst the long-snapping fraternity haven't outweighed the lives he's touched, from a nonfootball standpoint.

A product of Rubio Long Snapping and a native of Rubio's hometown in Covina, Calif., Gibas still works side-by-side with his former middle-school teacher, but not necessarily from a long-snapping perspective.

Rubio's background is one that few are familiar with. Gibas, 19, has known Rubio for 15 years and felt that his longtime coach's life story, in addition to his long-snapping business, was something that could be best portrayed through film.

A film studies major at the University of Kansas where he formerly served as the Jayhawks' starting snapper, Gibas is making a film entitled "The Rubio Project" that is expected to reach various film festivals by May 2014.

"When I first originally thought about doing this, everyone obviously wants to see the long-snapping coach Chris Rubio because he's doing a remarkable thing," Gibas said. "And then I thought this needs to be more about him and who he is as a person and how that has shaped him to be the man that he is today."

While Rubio has sent Tanner and his brother Corey (formerly of Texas A&M) to college to long-snap, Tanner Gibas has been more appreciative of the lessons that don't involve a pigskin and a football field.

"I think the biggest thing he's taught me is confidence, whether that's through life or long-snapping. As long as you know you can do it, you usually end up doing it through the power of confidence," Gibas said.

And of course the film will highlight the prestige Rubio has gained as the nation's No. 1 long-snapping instructor - how he's influenced the evolution of a position that didn't offer full college scholarships not that long ago.

With the growth of his business, Rubio has raised awareness amongst college coaches who are now eager to recruit the perfect snapper. As more and more games rely on last-ditch field goals, the demand for long-snappers has seen an exponential increase.

Matt Fortin, the starting long-snapper for the University of Virginia, credits a vast majority of that to the exposure Rubio has given to the position.

"I didn't ever think it would get this big . I think it really was Rubio growing his business and marketing it, showing coaches how important specialists are," Fortin said. "Even at the professional level how many games come down to field goals and you want a guy who you know is going to get the job done?"

Now an assistant to Rubio Long Snapping, Fortin appeared in all 12 of Virginia's 2012 games and snapped on every field-goal attempt and punt.

The recruiting process didn't go so swimmingly for Fortin, who at 5-feet-9 is classified as undersized in the long-snapping world.

"The biggest thing for me was my size . The special-teams coach (at Virginia) called Rubio and Rubio was kind of the one that gave him word that I could compete at the next level, so Virginia took a shot at me with my size," Fortin said.

Rubio's inspiration isn't limited to the long-snappers he's taken in. Players, parents and filmmakers have contributed to "The Rubio Project," and 123 donors have given $22,110, which will help fund the production and shooting of the documentary.

The support Rubio has received still leaves him in awe.

The man who has instructed hundreds of the nation's elite long-snappers since 2001 lives a reserved life in the Lewiston-Clarkston Valley, an area he appreciates for its serenity and natural beauty.

The million-dollar question that he receives more frequently than any other, "Why Lewiston?" is one that he guarantees will be answered in "The Rubio Project."

But the Southern California native still has one wish - to live in an even less populated area.