Log In
There are no services available.
You have permission to edit this article.
Edit
News
Northwest
Sports
Opinion
Obituaries
Special pubs
7-day index
E-edition
Extras
Wire
Submit
Subscribe
1 of 2 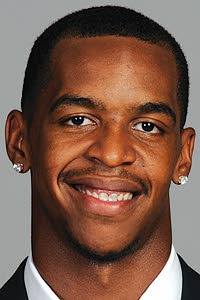 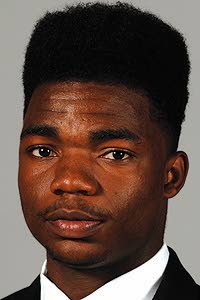 PULLMAN - Marquess Wilson is still finding it more difficult to impress his coach than to impress the world at large. And now his understudy is complicating his task all the more.

Dominique Williams started ahead of Wilson in Washington State's 24-17 loss at Stanford last week, and at times the second-year freshman looked eerily similar to the well-decorated junior.

The other reasons surely involve Wilson, who caught nine passes for 100 yards Saturday but still seems to be trying to satisfy Leach's demands for reliability and physicality.

The Cougars (2-6, 0-5), who will try to break a five-game losing streak Saturday at Utah (noon PDT, Pac-12 Networks), submitted their most complete, most physical and overall best performance of the season at Stanford, Leach said.

But the first-year Wazzu coach is still looking for consistency from his receivers, and most notably from Wilson, the school's all-time leader in career reception yardage.

The quest took another setback when a miscommunication between Wilson and quarterback Jeff Tuel undermined the Cougars' final stab at a game-tying touchdown from the Stanford 19-yard line, resulting in a sack as the final seconds elapsed.

"He was supposed to run a comeback and he kept running downfield," Leach said of Wilson. "If they're not on the same page, it's not going to do anybody any good."

That echoed a postgame interview in which Leach said Williams outplayed the star junior in practice last week and early in the Stanford game before Wilson "got hot toward the end. If Marquess wants to play the whole time, he's going to have to quit being hot and cold."

The emergence of Williams, 6-foot-2 and 187 pounds, is no surprise to the Cougars, who expected it earlier in the year, if anything. But it was especially striking on their first scoring drive Saturday, when Williams made a deft downfield adjustment for a 43-yard reception and agilely leaped for a 3-yard catch, landing narrowly inbounds for a touchdown. He wound up with six catches for 79 yards.

At this point, the Wilson and Williams issue is an either-or proposition, since both receivers play the left outside position. Coaches are reluctant to move Williams to the opposite side, despite missing right-side starter Isiah Myers for undisclosed reasons last week and losing backup Gabe Marks to an apparent arm injury in the second quarter.

"We can move him but you always worry about learning curves - what you lose, for how long, by moving him," Leach said. "So that's not an exact science. We've moved too many people this year, trying to get the best combination out there. The more you move, the more disruptive it is, and it's been real disruptive."

The shuffling is partly a function of the receivers' inconsistency. Moving to the forefront at times Saturday, despite long stretches in the shadows this season, was slotback Bobby Ratliff, who made a twisting 25-yard reception on fourth-and-21 in the waning seconds, one play after dropping a ball near the sideline. He finished with four catches for 50 yards.

"I think he can be as good as he wants to be," Tuel said. "Coach gets on him about practicing like that every day, because you can't just show up and be like that in the games. You've got to do it day in and day out. Coach Leach likes to call guys like that 'frauds.'

"Bobby's a great player and made a fantastic catch - catch of the year in my eyes," the quarterback said of the late-game grab at the 9. "I'll keep feeding him the ball if he's going to keep making plays like that."

As for Wilson, "I think everyone in this organization knows how good Marquess is and can be," Tuel said. "And Dominique did a lot of good things last game as well. So we've got two guys that can play at that position. And that's where I'm going to leave it."

NOTES - If the Cougars had scored on their final drive, Leach said he would have opted for a conversion kick to send the game into overtime, based on the Cougars' overall success and late momentum that day. If they had been struggling, he said he might attempted a two-point conversion instead. ... The Cougs are 12-point underdogs against Utah.