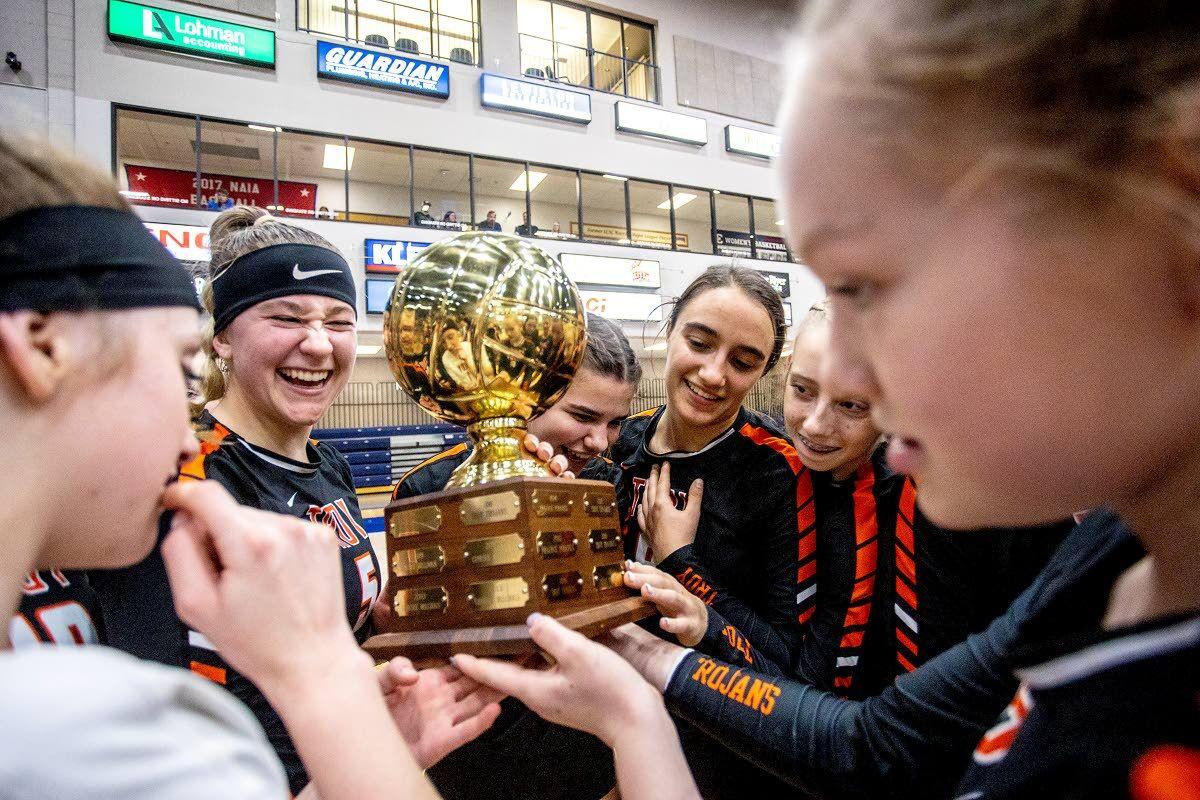 Members of Troy’s volleyball team celebrate winning the Class 1A Division I district title Thursday at the Lewis-Clark State College Activity Center. The Trojans want to be in the same position again Saturday, this time celebrating the state championship, which will be at the same site starting Friday. 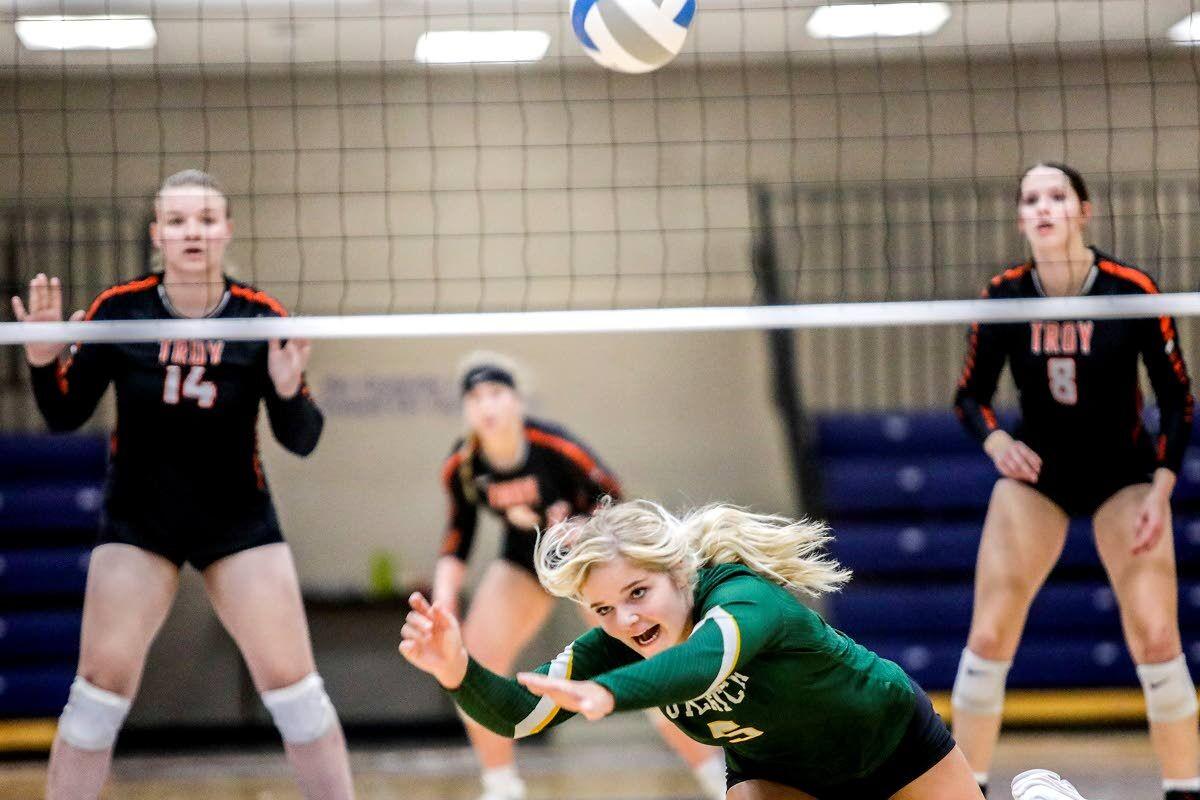 Potlatch setter Josie Larson dives as she tries to keep the ball in play during Thursday’s Class 1A Division I district final against Troy at Lewis-Clark State’s Activity Center.

Members of Troy’s volleyball team celebrate winning the Class 1A Division I district title Thursday at the Lewis-Clark State College Activity Center. The Trojans want to be in the same position again Saturday, this time celebrating the state championship, which will be at the same site starting Friday.

Potlatch setter Josie Larson dives as she tries to keep the ball in play during Thursday’s Class 1A Division I district final against Troy at Lewis-Clark State’s Activity Center.

The Idaho Class 1A Division I state volleyball championships will take place this weekend, and the Whitepine League has shown up in full force.

There are several things the three coaches echoed this week: the Whitepine League is really tough, they are excited to see their girls play for a state title and they love the tournament being close to home.

“I am just glad I don’t have to take another nine-hour bus trip,” Potlatch coach Ron Dinsmoor quipped.

Troy (19-1) enters the tournament as the top seed and will be looking for its fourth state title in six years.

The Trojans won the state title in 2016, 2018 and 2019. Because of format changes thanks to the pandemic last year, Troy lost a four-set match against eventual state champion Grace in the second round. Blazzard’s girls then beat Oakley to earn a third-place finish.

Troy takes on that same Oakley team in its opening-round match at 9 a.m. Friday.

The Trojans are led by Morgan Blazzard’s 15 kills per match. Libero Makayla Sapp is averaging approximately eight to 10 digs per match and setter Isabelle Raasch is averaging 25 assists per match.

While Troy’s recent tournament history is tough to compete with, Genesee has been a constant. The Bulldogs enter their 24th consecutive state tournament.

Last season, the Bulldogs (19-9) had a similar fate to their league brethen, falling to Grace in the state title match.

Coach Pete Crowley would like to see the team take that next step and win its second title with him on the sideline. Genesee won its previous championship in 2013.

The Bulldogs are led by Lucie Ranisate and Isabelle Monk offensively. The two girls accumulated 317 and 267 kills, respectively. The service line will be key for Genesee, which totaled 313 aces in its 28 matches.

Genesee will face Liberty Charter in a first-round match at 11 a.m. Friday.

The focus for Crowley this week?

“Just hoping all of my players are healthy and we are at full strength,” he said.

Troy and Genesee might have storied histories in the tournament, but Dinsmoor is ready to add Potlatch to those annals. This is the Loggers’ first tournament appearance in Dinsmoor’s five seasons with the team.

He’s not worried about the moment being too big for his team.

“My team is mostly juniors and seniors,” he said. “They have been to State in softball, so that experience might help.”

The fact that the district tournament also was at the Activity Center doesn’t hurt.

“Should be familiar faces in the stands,” Dinsmoor said.

Potlatch went 16-3 on the season, with all three losses coming against Troy. When asked about a possible fourth meeting, Dinsmoor said he would love to have that opportunity, but you cannot look that far ahead.

The Pirates will face Greenleaf at 11 a.m. Friday in their opening round match. Potlatch defeated Greenleaf in an August tournament.

Tickets will not be sold on site. You must purchase them through idhsaa.org/volleyball.

Class 1A Division I