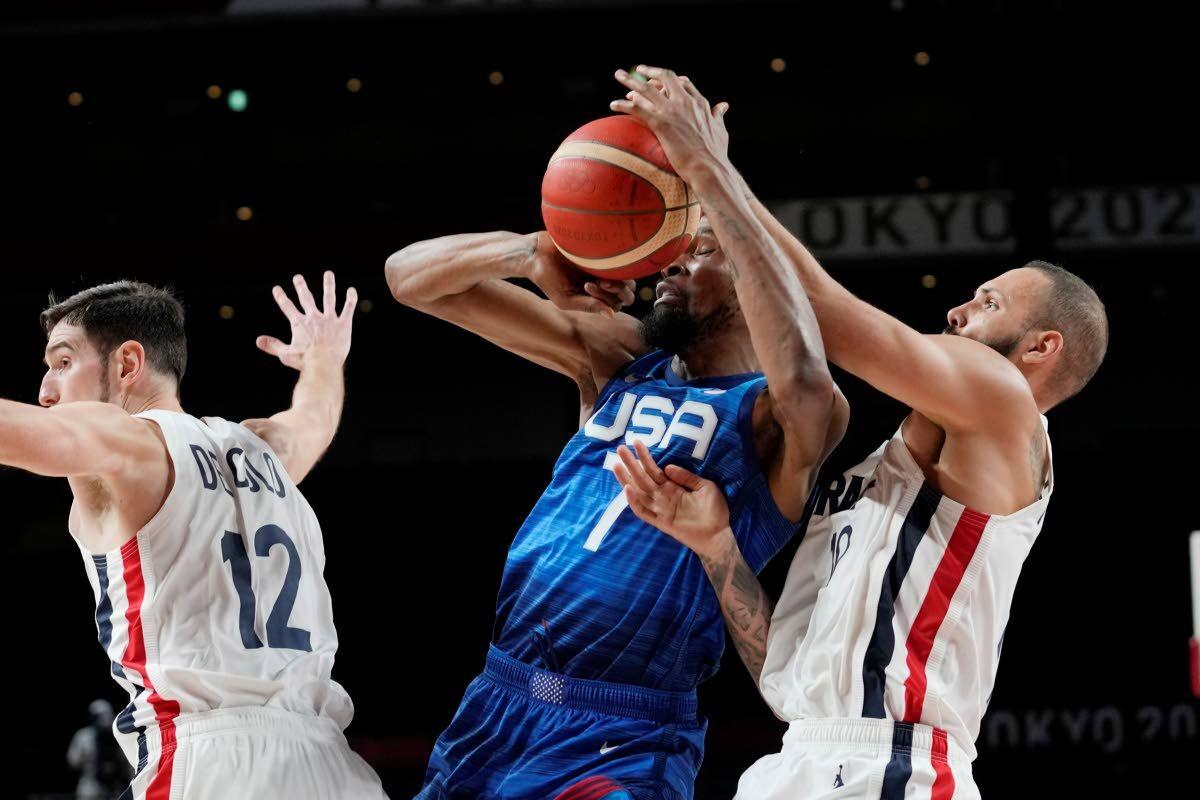 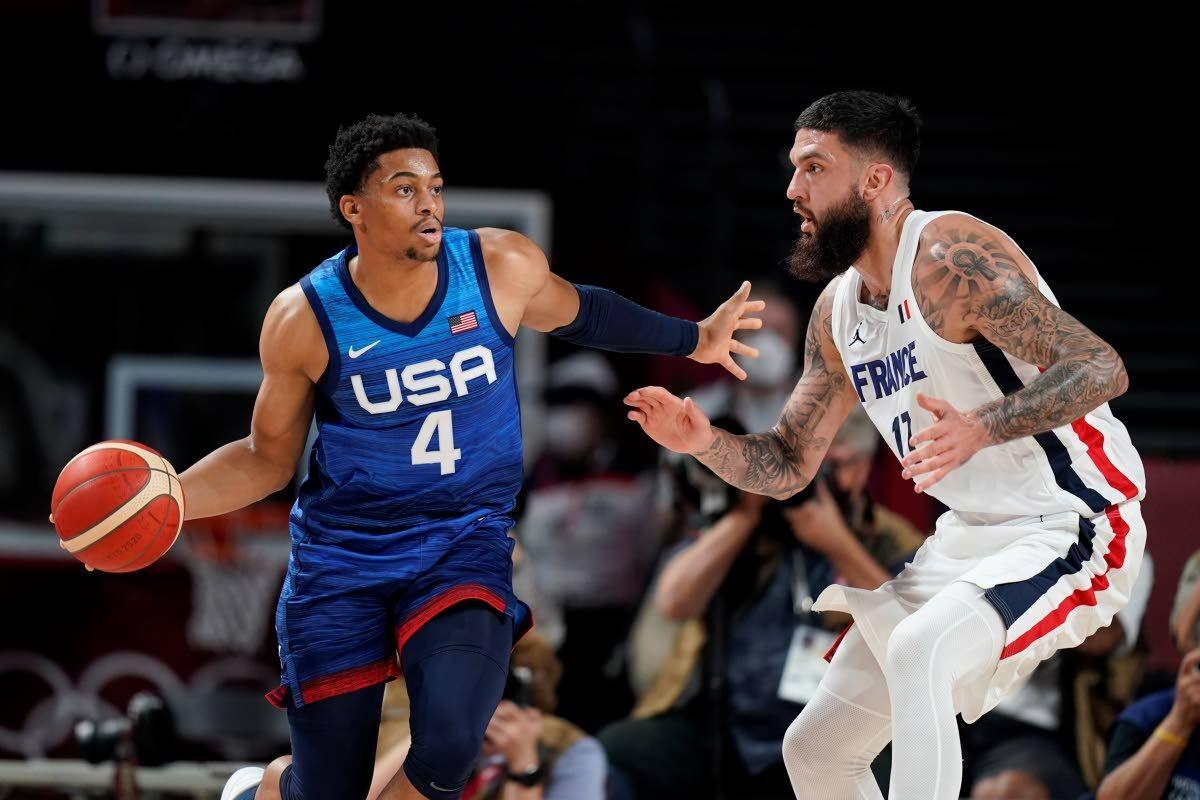 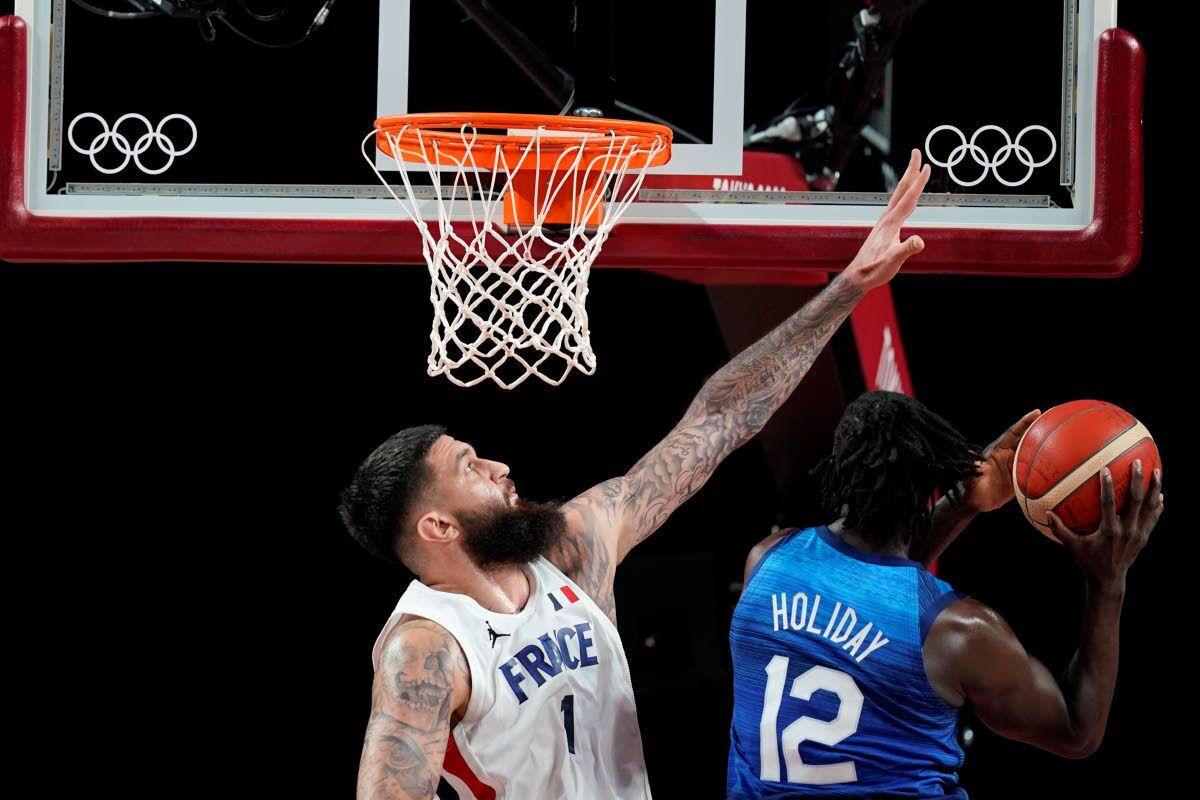 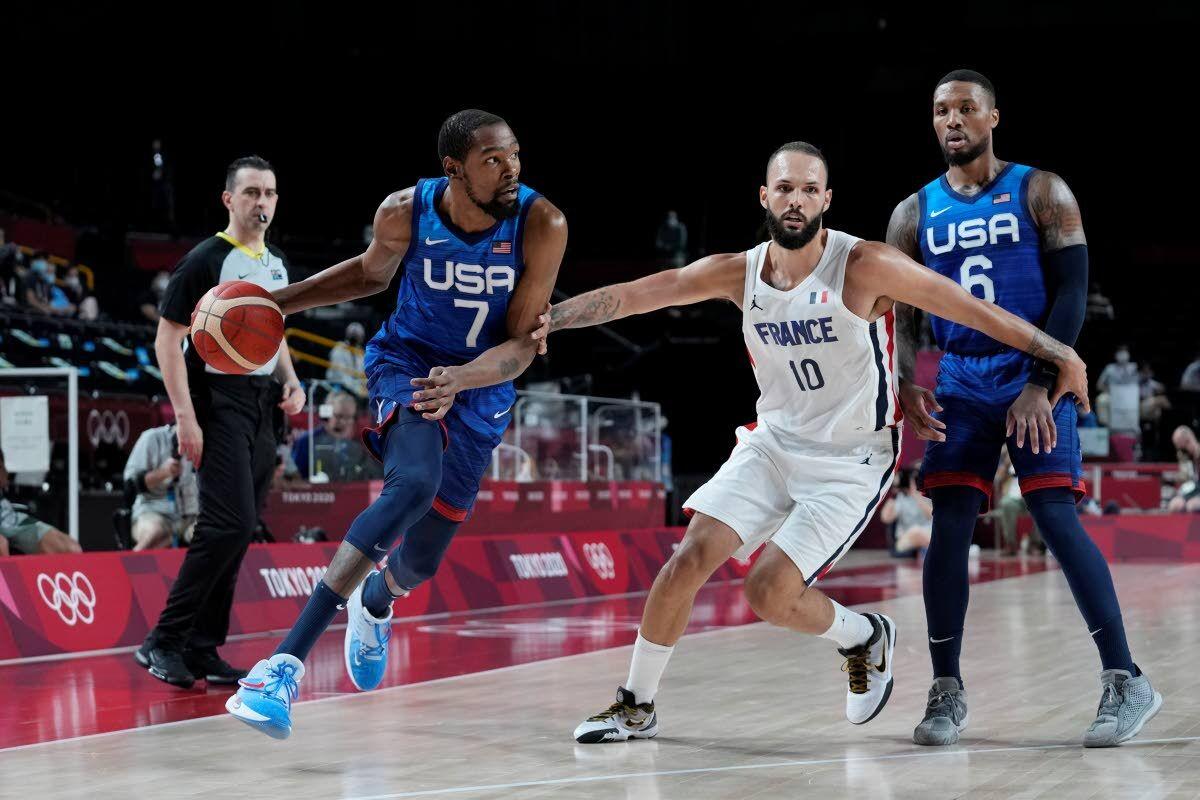 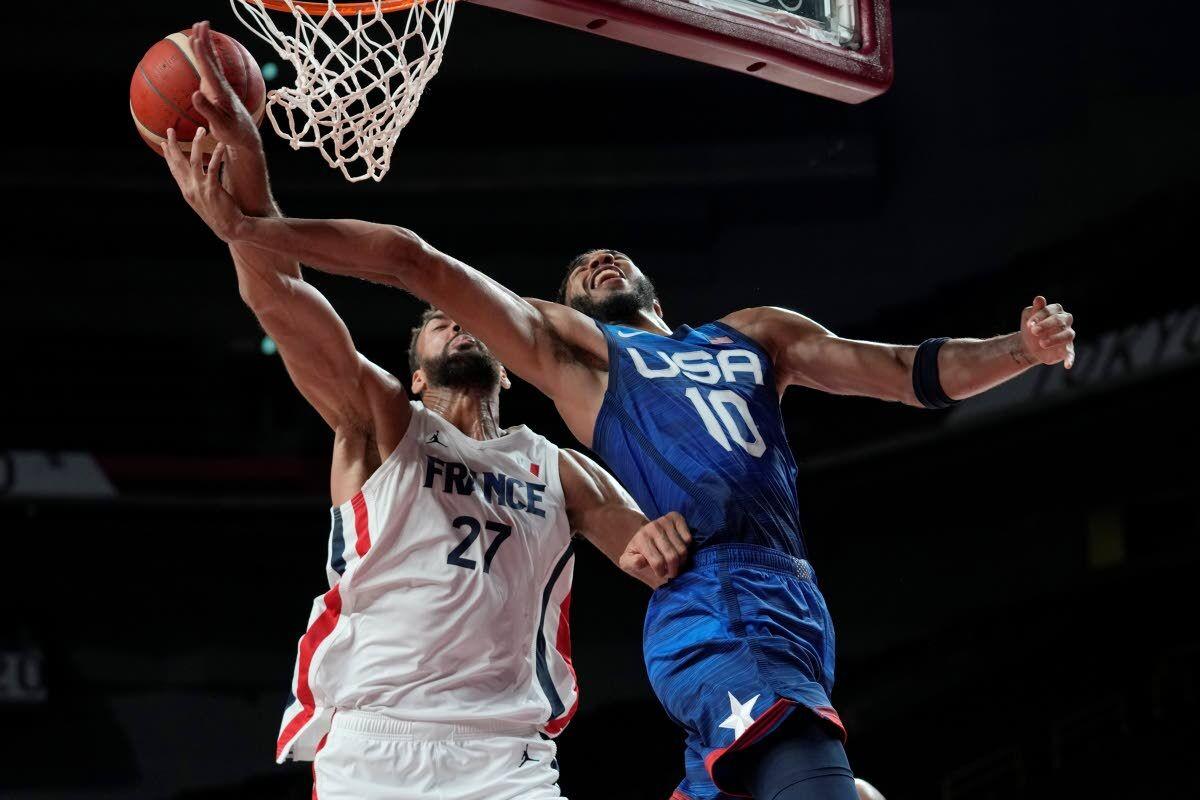 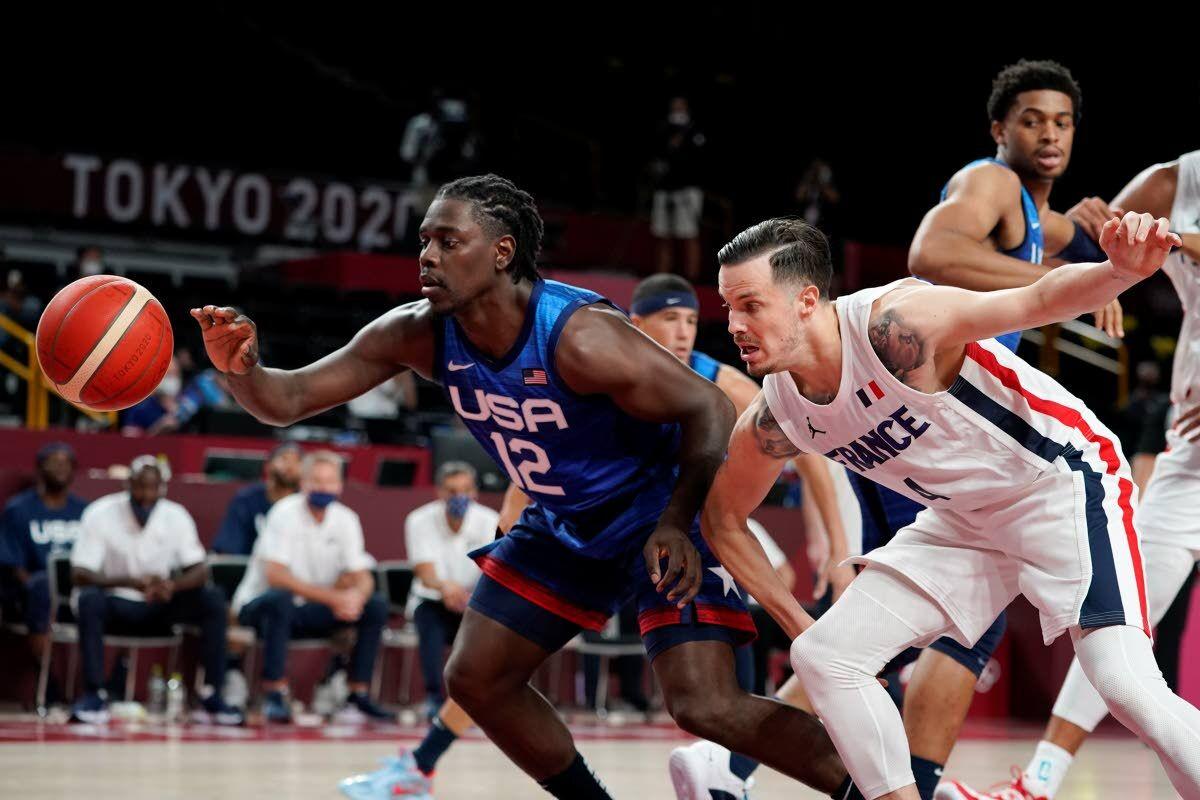 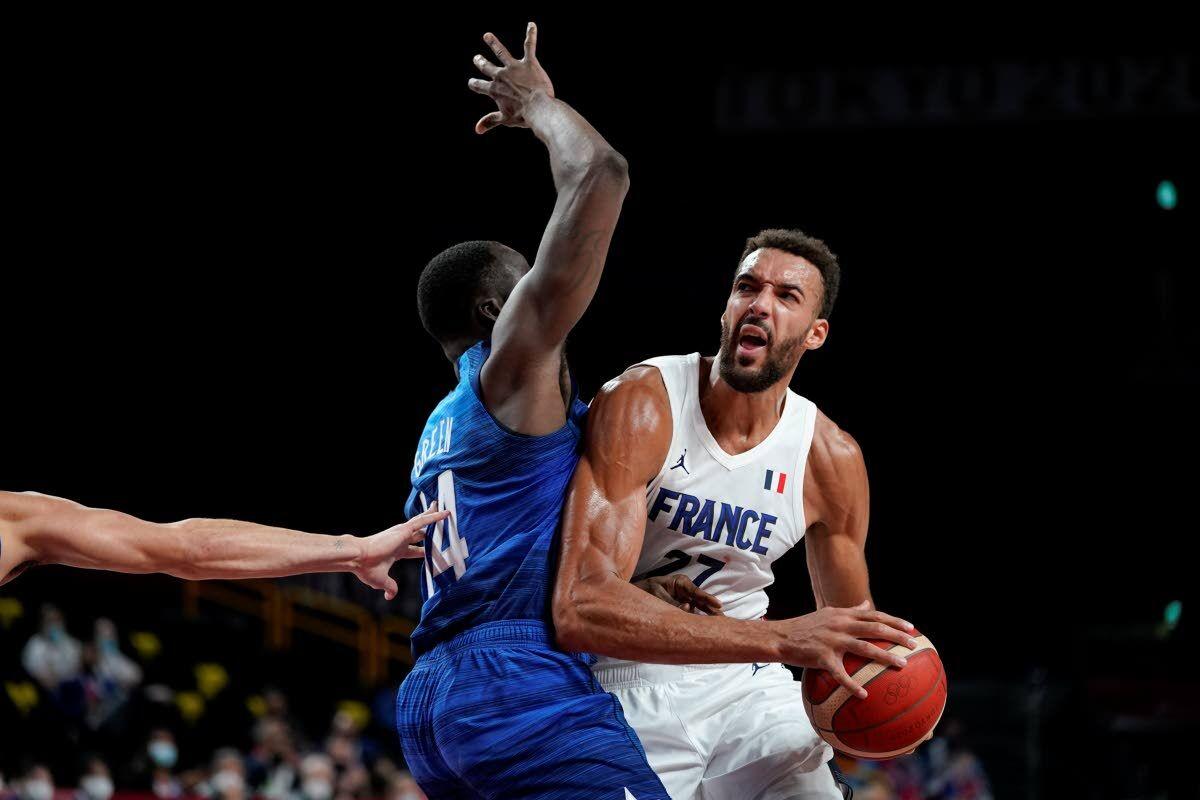 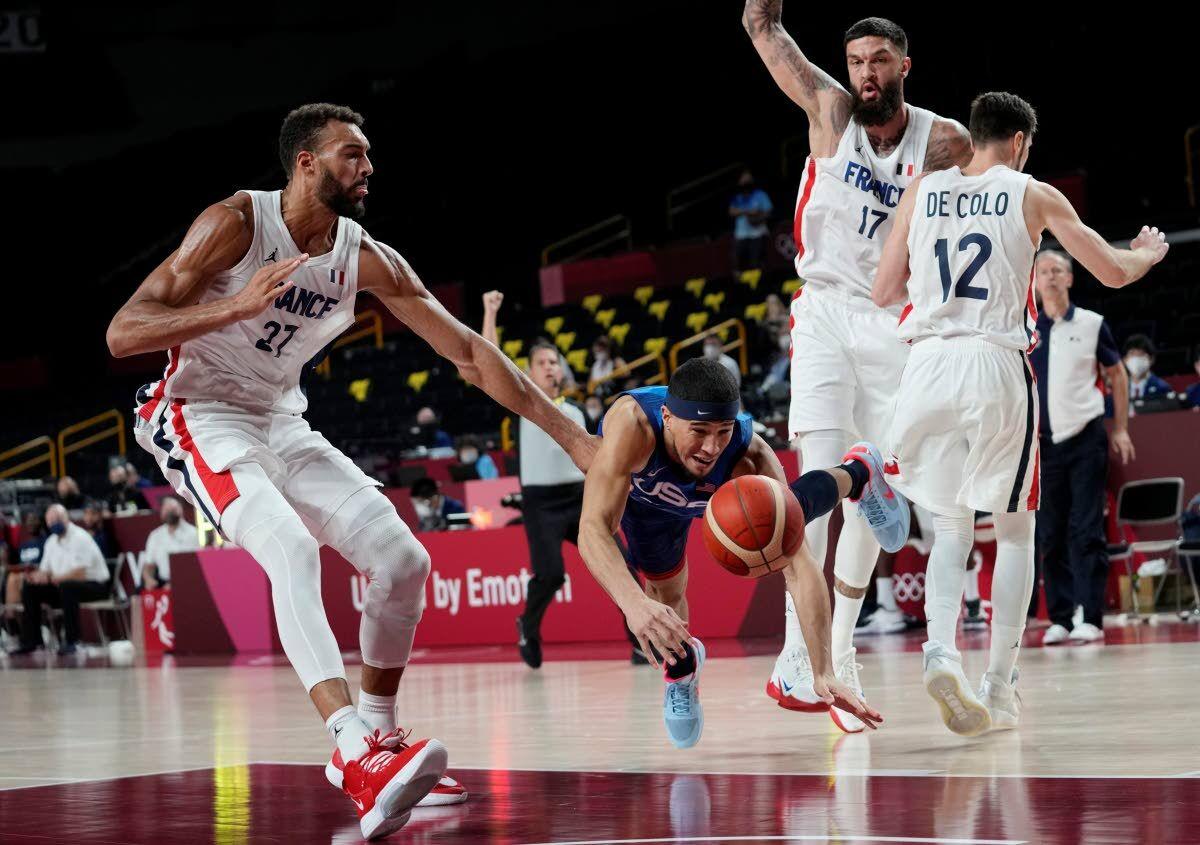 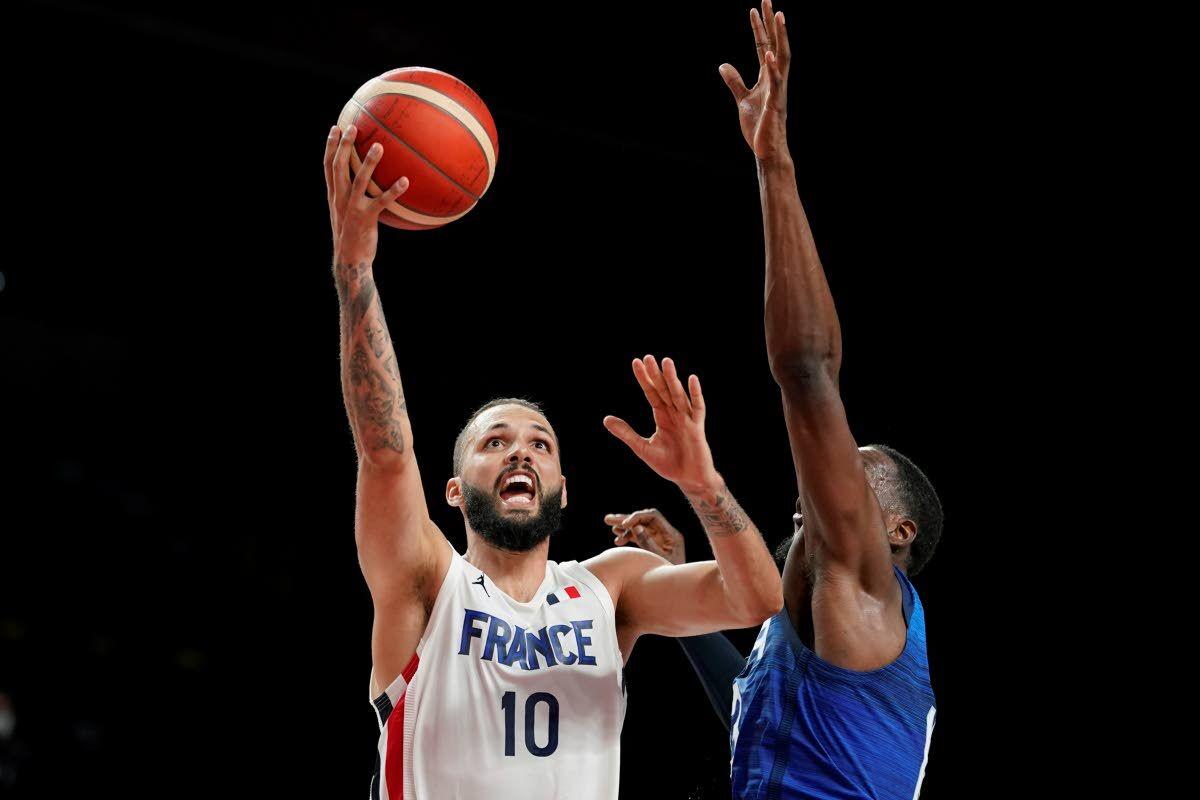 To them, beating the United States again wasn't really a surprise. That might be the biggest indicator yet that the Americans — even after three consecutive Olympic gold medals — no longer are feared by other top international teams.

A 25-game Olympic winning streak for the U.S. is done, ending Sunday when France closed the game on a 16-2 run to beat the Americans 83-76 in the Tokyo Games. Evan Fournier's 3-pointer off a broken play with just under a minute left put France ahead for good, as the Americans simply fell apart in the final minutes.

“They are better individually," Fournier said of the Americans, “but they can be beaten as a team."

That's been proven with alarming regularity in the past two years. Starting with France's win against the U.S. in the Basketball World Cup quarterfinal round in China two years ago, the Americans are merely 3-5 in their past eight games with NBA players in the lineup.

The U.S. missed its final nine shots, five of them coming in a 21-second span in the final minute shortly after Fournier — who led all scorers with 28 points — made the go-ahead 3. Rudy Gobert wildly missed a layup on that play, but Guerschon Yabusele chased down the bouncing ball and just before he dove into the U.S. bench he made a desperation swipe at the ball in an effort to knock it into Fournier's direction.

Fournier turned Yabusele's dive into a dagger, and just like that the Americans are in Olympic trouble.

“I think that’s a little bit of hubris if you think the Americans are supposed to just roll out the balls and win," U.S. coach Gregg Popovich said. “We’ve got to work for it just like everybody else. And for those 40 minutes, they played better than we did.”

The Americans lost for only the sixth time in 144 games at the Olympics all-time, and fell to 53-4 in the Olympics with NBA players on the roster. The 2004 team at the Athens Games lost the other three, and won bronze. Every other U.S. team in the era that started with the “Dream Team" in 1992 won the gold and this one still can — but it's far from a certainty.

“When you lose a game, you're not surprised," Popovich said. “You're disappointed."

Fournier had 28 points for France, while Rudy Gobert scored 14 and Nando de Colo had 13. Jrue Holiday had 18 points for the U.S., Bam Adebayo had 12, Damian Lillard 11 and Kevin Durant had 10 for the Americans — who are just 2-3 in their games this summer, the first four of them exhibitions in Las Vegas that weren’t supposed to mean much.

The Olympics, they were supposed to be different.

“I mean, it’s great," Gobert said. “But until we have what we want to have around our neck it doesn’t really matter.”

The idea of anyone else leaving an Olympics with gold hasn't been all that realistic in recent years. Now, it's real.

A 10-point U.S. lead in the third quarter was wasted, and so was a 12-point barrage from Holiday in the opening 4:30 of the fourth quarter as the Americans went from six points down to start the period to up six with 5:23 remaining.

The U.S. lead was seven with 3:30 left. France outscored the U.S. 16-2 from there, and the Americans missed all nine of their shots — five of them in a 21-second span on the same trip down the floor in the final minute, three of those from 3-point range.

“Evan was amazing," France coach Vincent Collet said. “I don't want to use big, big, big words, but he made some very big shots."

The loss doesn’t knock the U.S. out of medal contention, but it essentially eliminates the margin for error. The Americans play Iran on Wednesday, then the Czech Republic on Saturday in its final two Group A games; win both of those, and the U.S. will be in the quarterfinal round. Lose another one, and the Americans might not finish in the top eight of this 12-team tournament.

The Americans scored three points in a seven-minute span of the third, Durant picked up his fourth foul — the FIBA limit is five — with 16:45 left in the game, and that once-comfortable lead was soon gone. De Colo’s 3 with 2:42 remaining in the third put France up 55-54, its first lead since the game’s first four minutes.

France led 62-56 going to the final quarter. Holiday — who arrived in Tokyo on Saturday, less than a week removed from helping Milwaukee win the NBA title — did all he could to will the U.S. to a win in the fourth, but simply didn't get enough help.

“He was outstanding," Popovich said.

TIP-INS — Frank Ntilikina missed the game, with the French federation saying he continues to deal with “slight muscle discomfort.” ... France took the game’s first nine free throws. The U.S. didn’t shoot one until JaVale McGee went to the line with 8:27 left in the second quarter. ... Yabusele left the game briefly with 1:30 left in the half after going knee-to-knee with Holiday. ... Durant had three fouls in the first half, something that’s happened only 10 times in his past 544 NBA appearances. ... The U.S. used 11 of its players in the first half, with Jerami Grant the only one who didn’t get into the game.

MOVING UP — Durant moved into outright possession of the No. 4 spot on the U.S. men’s all-time Olympic appearances list. He’s now played in 17 games, behind only Carmelo Anthony (31), LeBron James (24) and David Robinson (24). There are 15 players with 16 Olympic appearances.

UP NEXT — Team USA faces Iran on Wednesday.