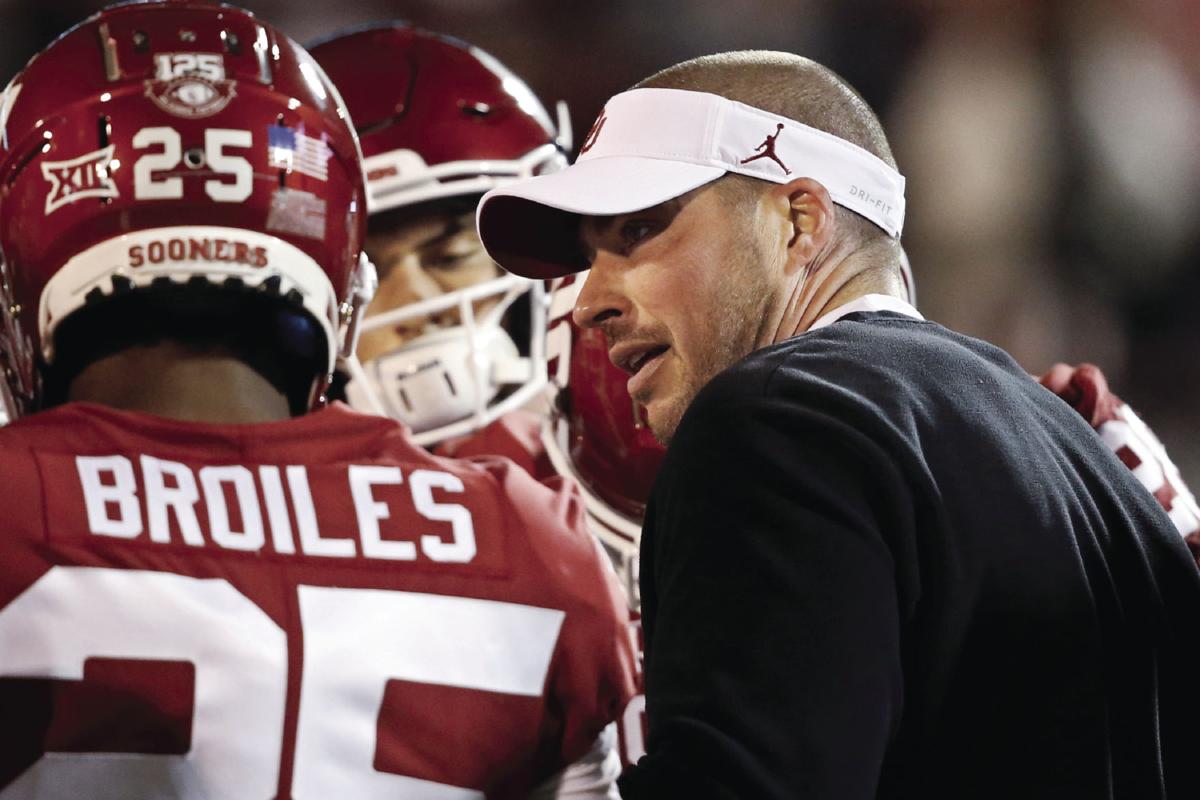 If Oklahoma defensive coordinator Alex Grinch were to be offered and accept the head coaching position at Washington State, he might try to bring in someone who has experience running the Air Raid offensive scheme. 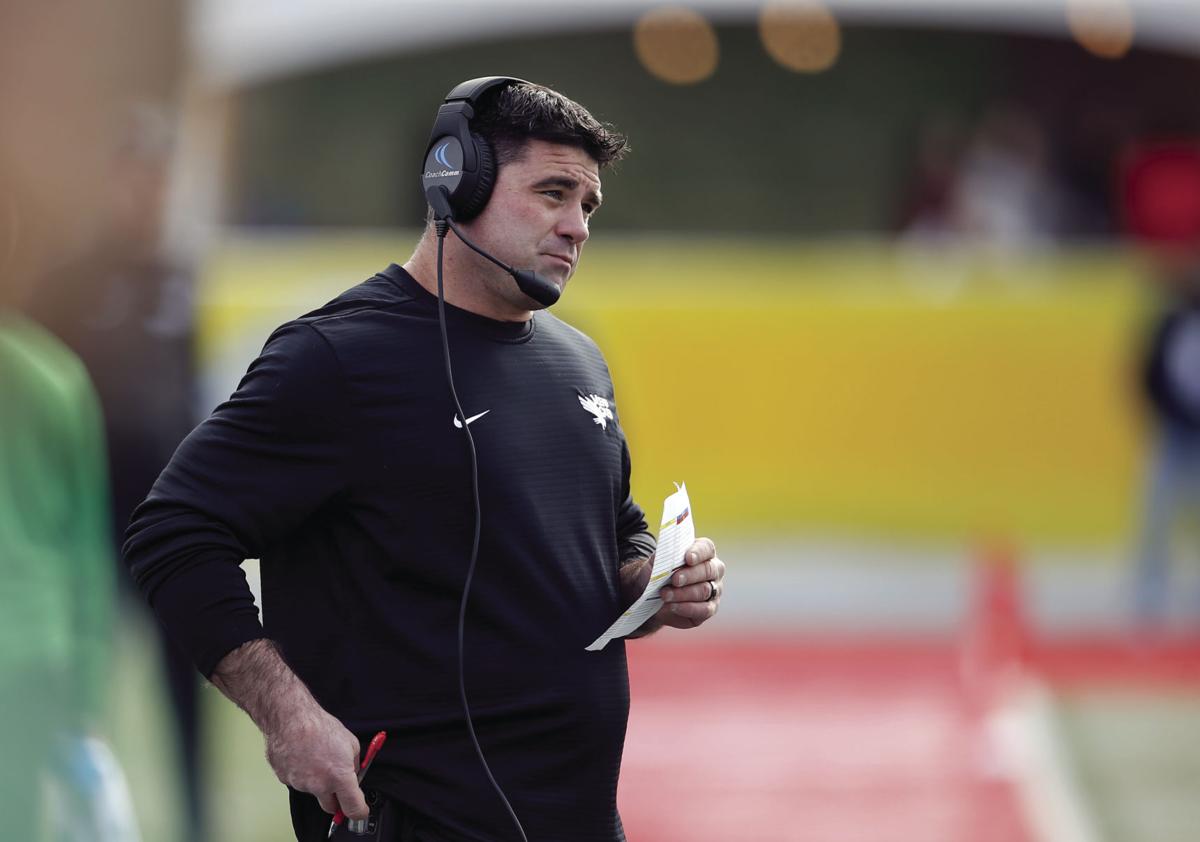 North Texas coach Seth Littrell was a running back for Oklahoma when former WSU coach Mike Leach was offensive coordinator for the Sooners. Littrell also was Leach's running backs coach for four seasons at Texas Tech.

If Oklahoma defensive coordinator Alex Grinch were to be offered and accept the head coaching position at Washington State, he might try to bring in someone who has experience running the Air Raid offensive scheme.

North Texas coach Seth Littrell was a running back for Oklahoma when former WSU coach Mike Leach was offensive coordinator for the Sooners. Littrell also was Leach's running backs coach for four seasons at Texas Tech.

PULLMAN — There’s no indication Washington State feels compelled to stay within the Mike Leach coaching tree as it searches for Leach’s replacement as Cougars football coach.

But if the school is indeed exploring that tree, it’s probably finding fewer prospects than it would have a few years ago, for simple reasons of timing.

Several disciples of Leach and his Air Raid offense, in other words, already have landed high-profile jobs, most notably Lincoln Riley at Oklahoma in 2017 and Kliff Kingsbury of the NFL’s Arizona Cardinals last year.

For that and other reasons, coaches with no direct ties to Leach or WSU, such as Nick Rolovich of Hawaii and Bryan Harsin of Boise State, are drawing much of the attention from those playing the speculation game.

As for official news, there hasn’t been much. Wazzu athletic director Pat Chun plans to divulge no candidates or progress reports before announcing a hire, and he’s avoiding specific language about what he’s looking for.

Instead, he’s delivering the message that Leach left a full cupboard when, at age 58, he jumped to Mississippi State on Thursday after leading the Cougars to six bowl bids in an eight-year tenure.

“This is a huge opportunity for some coach out there, because of what’s in place,” Chun said in a news conference Thursday. “I’m not an NFL expert, but I think Anthony Gordon is going to be our third consecutive quarterback drafted in the NFL draft. That’s significant when you’re talking about a football program.

“We’ve got a quarterback room right now — there’s some young men in there that have NFL aspirations, have NFL DNA and can lead. So it’s trying to find the right coach that can take all the ingredients in place and put us in a position to contend for the Pac-12 championship, like we’ve been the last couple of years.

“This is a very different job than what Mike Leach took over eight years ago,” he said, alluding to a 10-year bowl drought that Leach’s Cougars ended in 2013.

Within the Leach coaching family, the most often-mentioned prospect can’t be considered a Leach disciple — because he doesn’t coach offense. Former WSU defensive coordinator Alex Grinch, now filling the same role at Oklahoma, seemingly impressed everyone he met during his three years in Pullman.

It’s unknown whether Grinch, who is about 40, is interested in leading the Cougars. If Oklahoma’s defense continues to improve next season, he’s likely to get other opportunities to begin a head-coaching career.

If the Cougars were to hire Grinch, the assumption would be he’d seriously consider an Air Raid graduate as an offensive coordinator. But for the same timing reasons mentioned above, OC prospects of that stripe are even sparser at the moment than head-coaching possibilities.

For example, Graham Harrell isn’t likely to leave his post as USC offensive coordinator to take the same job at Wazzu. But he conceivably would be interested in the top job. Harrell starred at quarterback for Leach at Texas Tech, coached receivers for him at WSU in 2014-15 and for the past season has been offensive coordinator at USC.

On the other hand, Harrell is only 34, and Power Five programs rarely tab someone that young for head-coaching jobs.

Another former Leach assistant whose name is popping up is Seth Littrell, 41, who is 27-25 as head coach at North Texas of Conference USA the past four years. He was a running back at Oklahoma when Leach was offensive coordinator there, and coached that position for Leach during four of his brightest seasons at Texas Tech.

A couple of other Leach proteges already have received Power Five opportunities and are now back in the Group of Five. California fired Sonny Dykes three years ago, and he’s now at Southern Methodist. For hazy reasons, Dana Holgorsen ended a seven-year run at West Virginia to take the reins at Houston last year.

Of course, the Cougars can step away from the Air Raid and still field a pass-oriented offense that would fit their existing personnel.

Rolovich’s team at Hawaii, for example, ranked fifth in the country in passing yardage in going 10-5 last season and tying for first place in the West Division of the Mountain West Conference. Rolovich,  40, began a rebuilding project at Hawaii four years ago and has gone 28-27.

The notion of possibly moving away from the Air Raid family may, in part, have been what Chun was thinking when he slightly played down the importance of “fit.”

“Fit does matter,” he said, “but I’d also argue ... if you look at two of the most successful people that have been here in my two years — one is from Cody, Wyo., and the other is from Brandon, Miss.”

He was referring to Leach and former WSU quarterback Gardner Minshew, now with the Jacksonville Jaguars. In other words, he was leaving open the possibility of springing a surprise.