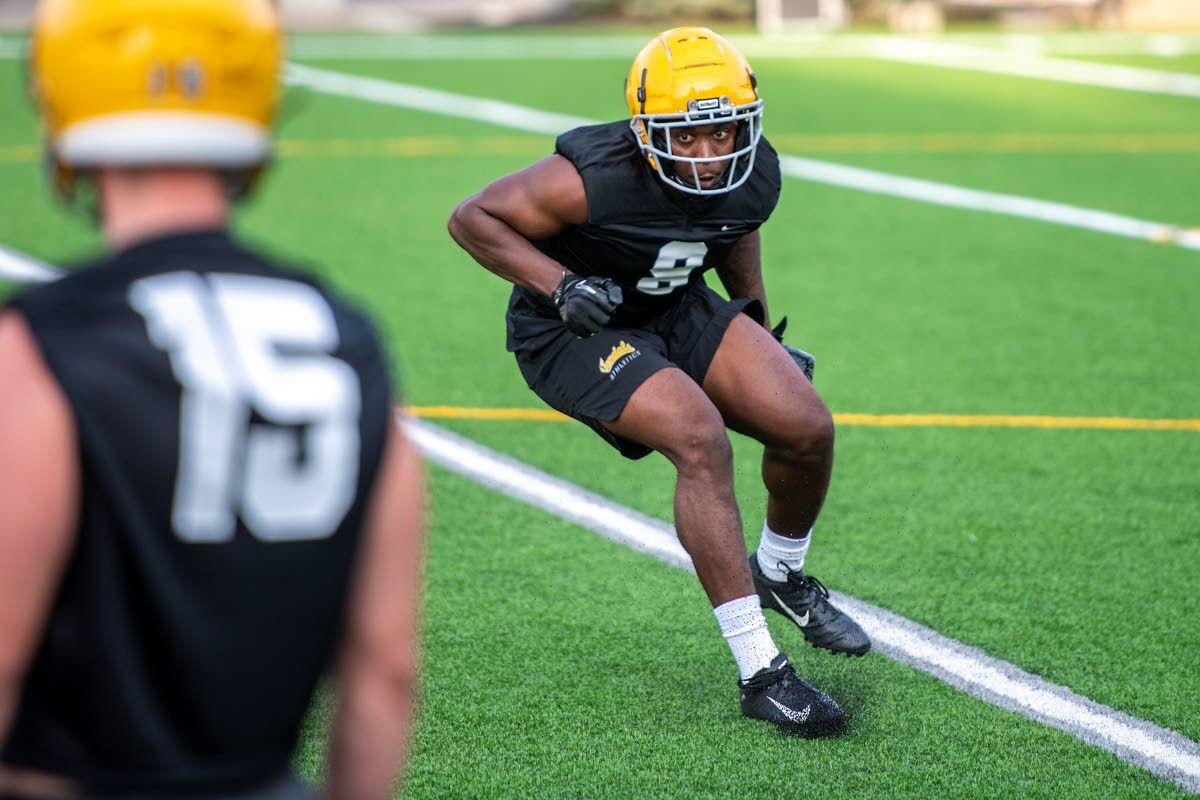 Idaho linebacker Tre Walker was named first-team All-Big Sky on Tuesday. He had 105 tackles, including three for loss, with three pass breakups and a forced fumble. 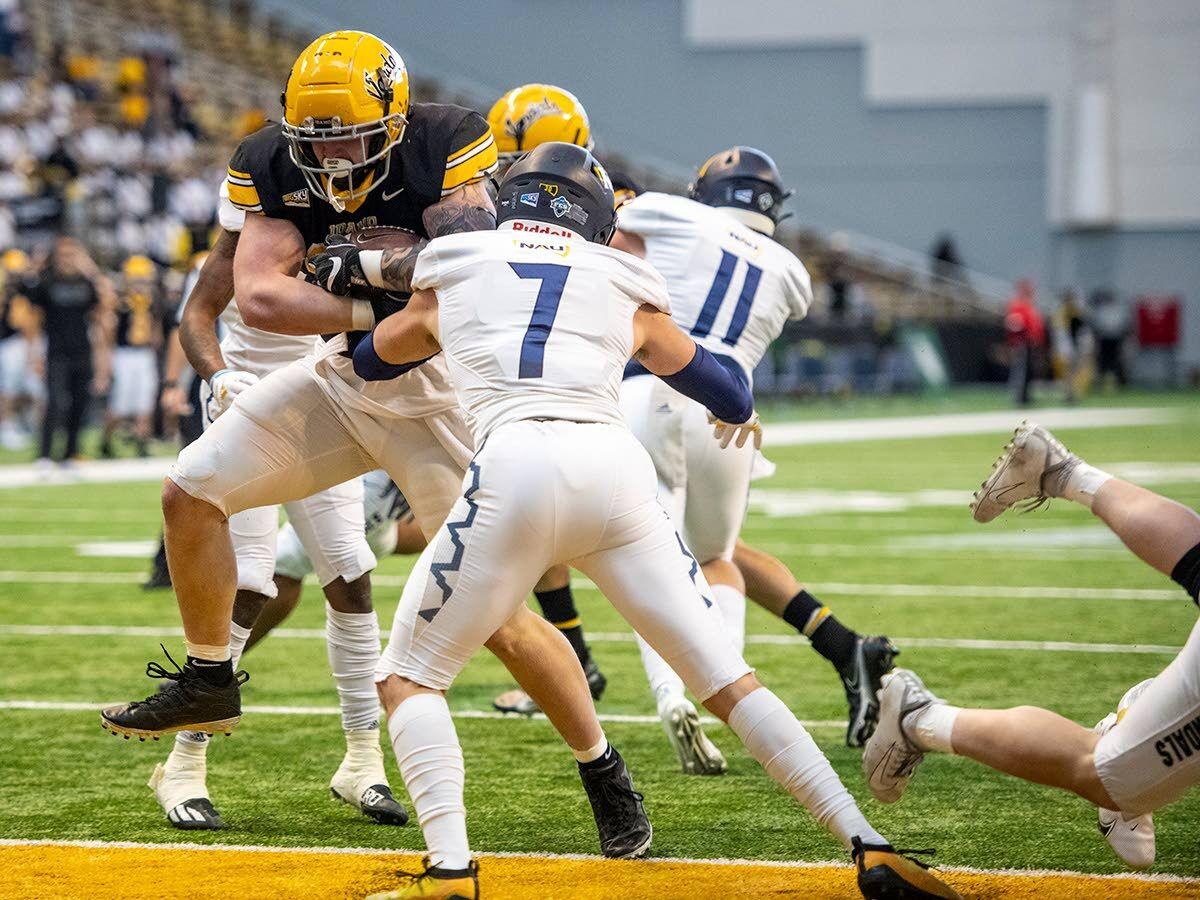 Idaho fullback Logan Kendall, left, was named first-team All-Big Sky on Tuesday. He had four carries for 31 yards and two catches for 26 yards this season.

Idaho linebacker Tre Walker was named first-team All-Big Sky on Tuesday. He had 105 tackles, including three for loss, with three pass breakups and a forced fumble.

Idaho fullback Logan Kendall, left, was named first-team All-Big Sky on Tuesday. He had four carries for 31 yards and two catches for 26 yards this season.

Two of Idaho’s hardest-hitting football players found themselves in familiar territory when the Big Sky released its all-conference teams Tuesday.

For UI, the awards were a nice consolation prize for an up-and-down season that ended with a 4-7 overall record, 3-5 in conference play and the firing of their head coach, Paul Petrino, on Thursday.

Kendall, a unanimous first-team selection for the second straight season, finished the fall with four carries for 31 yards and two touchdowns and two catches for 26 yards.

His impact was most felt in the blocking game, where the 273-pound junior paved rushing lanes for UI’s plethora of ball carriers.

But on the rare occasion he carried the ball himself, Kendall often left a wake of defenders in his path. A human bowling ball, Kendall sometimes carried two or three defenders with him down field for extra yards.

One of those instances came on fourth-and-7 in the Oct. 30 38-31 loss against Northern Arizona in which Kendall blasted through a wall of defenders like the Kool-Aid Man, breaking a series of tackles and requiring three Lumberjacks to drag him down 26 yards later.

Kendall’s response after the game?

“I was just trying to get the first down.”

Kendall also tallied a sack in limited time on defense.

Walker, a mainstay at middle linebacker, racked up a team-high 105 tackles, ranking fourth in the Big Sky in that category. He also registered three tackles for loss, three pass breakups and a forced fumble.

Walker’s hard hits often could be heard in the press box at Idaho’s home games at the Kibbie Dome.

Akanno’s third-team designation might’ve been the biggest travesty in the all-conference selections.

Akanno also scored a defensive touchdown against NAU and garnered three sacks on the same drive in the Nov. 6 win against Southern Utah.

Speaking of the Thunderbirds, the biggest overall performance of the season goes to Johnson and his six-touchdown game.

He finished the season with 444 rushing yards and 10 touchdowns.

As for UI’s other honorees, Traynor arguably was the team’s biggest newcomer of the year. The Football Bowl Subdivision transfer from Western Kentucky was UI’s leading pass catcher with 50 receptions for 737 yards and three scores.

Floyd anchored an Idaho offensive line that picked up steam as the season went along, playing center and tackle.

Elliss was a handful for opposing offensive lines, compiling 46 tackles, 6.5 for loss, a sack and three pass breakups.

Dedmon finished with 59 tackles, six passes defended and an interception.

Offensive player of the year — Barriere.

Defensive player of the year — Andersen.

Newcomer of the year — Ford.