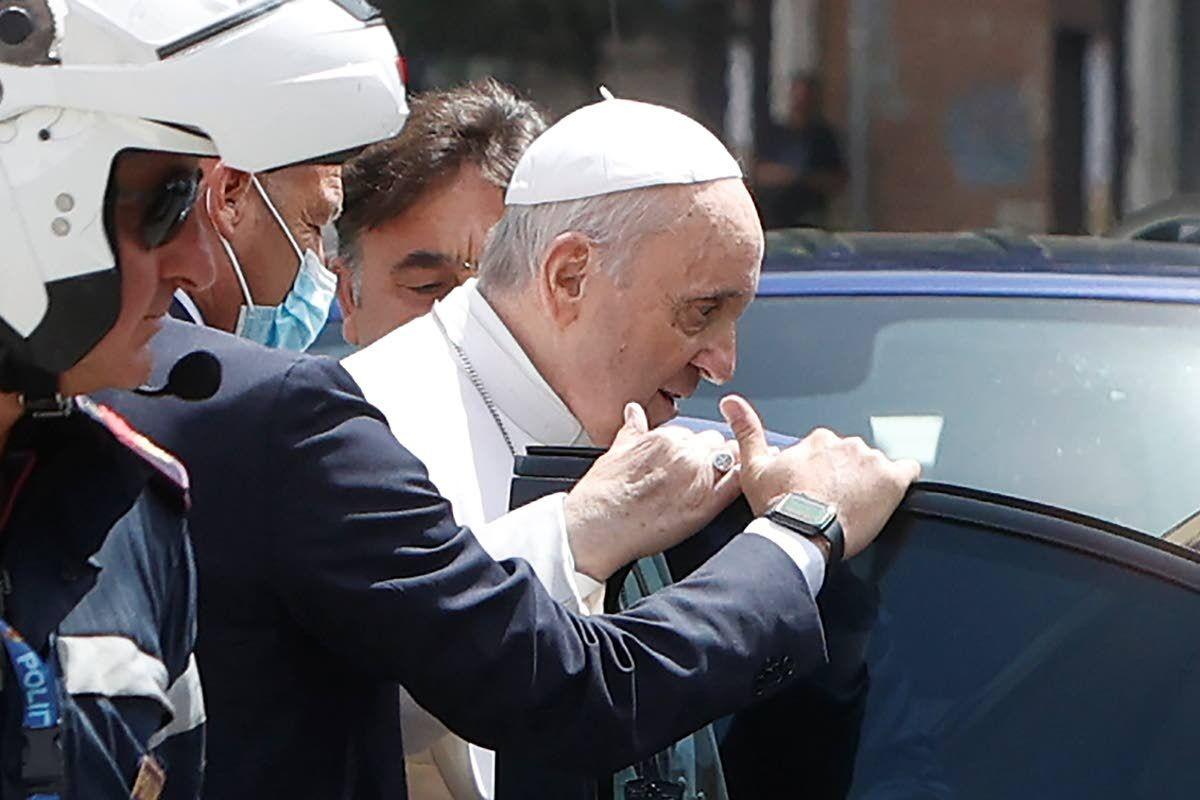 Pope Francis stops to greet police who escorted him as he arrives July 14 at the Vatican after leaving the hospital 10 days after undergoing planned surgery to remove half his colon. 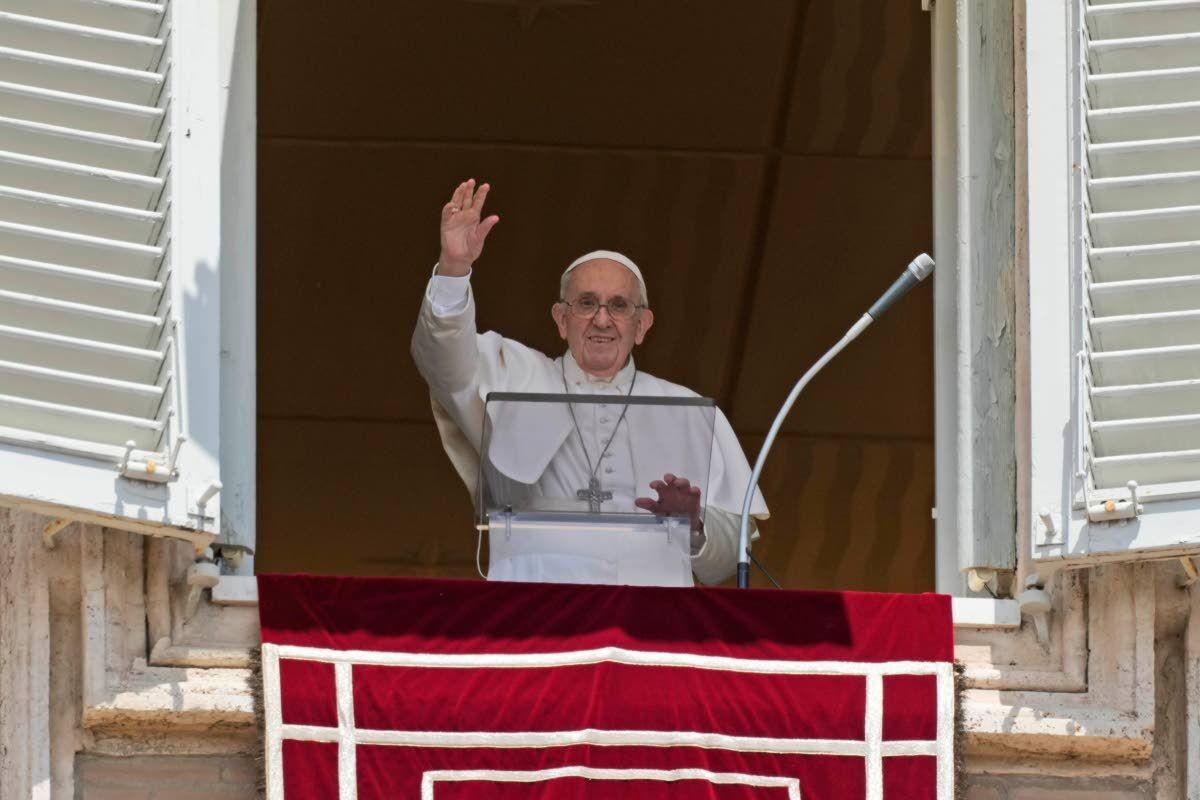 Pope Francis salutes the crowd as he arrives for the Angelus noon prayer from the window of his studio overlooking St.Peter's Square, at the Vatican, Sunday, July 18, 2021. (AP Photo/Alessandra Tarantino)

Pope Francis stops to greet police who escorted him as he arrives July 14 at the Vatican after leaving the hospital 10 days after undergoing planned surgery to remove half his colon.

Pope Francis salutes the crowd as he arrives for the Angelus noon prayer from the window of his studio overlooking St.Peter's Square, at the Vatican, Sunday, July 18, 2021. (AP Photo/Alessandra Tarantino)

ROME — The Vatican this week announced a grueling itinerary for Pope Francis’ first post-surgery foreign trip, scheduling around-the-clock encounters and hopscotching flights for his Sept. 12-15 visit to Hungary and Slovakia.

Francis, 84, had already confessed that during his last trip, to Iraq in March, he felt the weight of his years and thought he might need to slow down his normally rigorous travel schedule.

That was before he had half his colon removed. Francis spent 10 days in a Rome hospital this month for the surgery and is still recovering back at the Vatican.

Nevertheless, the trip itinerary released Wednesday indicated no slowdown. In fact, it included separate encounters with Jewish groups, Roma and even the Slovakian president of the parliament which go beyond the basic contingent of religious and political events that are usually included in a papal visit.

The trip is heavily weighted toward Slovakia. Francis will only be in Budapest for fewer than seven hours on Sept. 12, primarily to celebrate the concluding Mass of an international Eucharistic congress.

He isn’t snubbing Hungary entirely, as he will meet with Prime Minister Viktor Orban and preside over back-to-back meetings with Hungarian bishops and representatives of Christian and Jewish groups.

But the short visit could suggest Francis didn’t want to lend any additional symbolic support to the right-wing Orban, with whom he disagrees on immigration and other issues.

After the brief stop in Budapest, Francis arrives in the afternoon of Sept. 12 in the Slovak capital, Bratislava, and heads immediately into an ecumenical encounter and then a private meeting with members of his Jesuit order.

He spends the following day in Bratislava fulfilling the protocol visits to Slovakian leaders and speeches to civil society and diplomatic groups as well as the country’s priests, nuns and bishops. A meeting with Slovakia’s Jewish community is planned for the afternoon.

Francis will fly the following day to Kosice to celebrate a Byzantine rite Mass, meet with the country’s Roma community and then its young people. His final day involves a flight to Sastin to celebrate a concluding Mass before returning to Rome.

Francis only has one other scheduled trip this year, a short visit to Glasgow, Scotland to participate in the COP26 climate conference in November. The Vatican hasn’t confirmed the trip, but Scotland’s bishops announced earlier this month that Francis had assured them of his visit.

No other trips have been confirmed for the rest of the year, but the Vatican has suggested others are being considered.

Francis’ trip to Iraq was the first after more than a year-long lull due to the coronavirus pandemic.

Infections are currently surging again in Italy and other parts of Europe, but the Vatican itinerary for the September trip made no provisions for a possible cancellation, though it is requiring journalists flying on the papal plane to show proof of vaccination and wear facemasks.