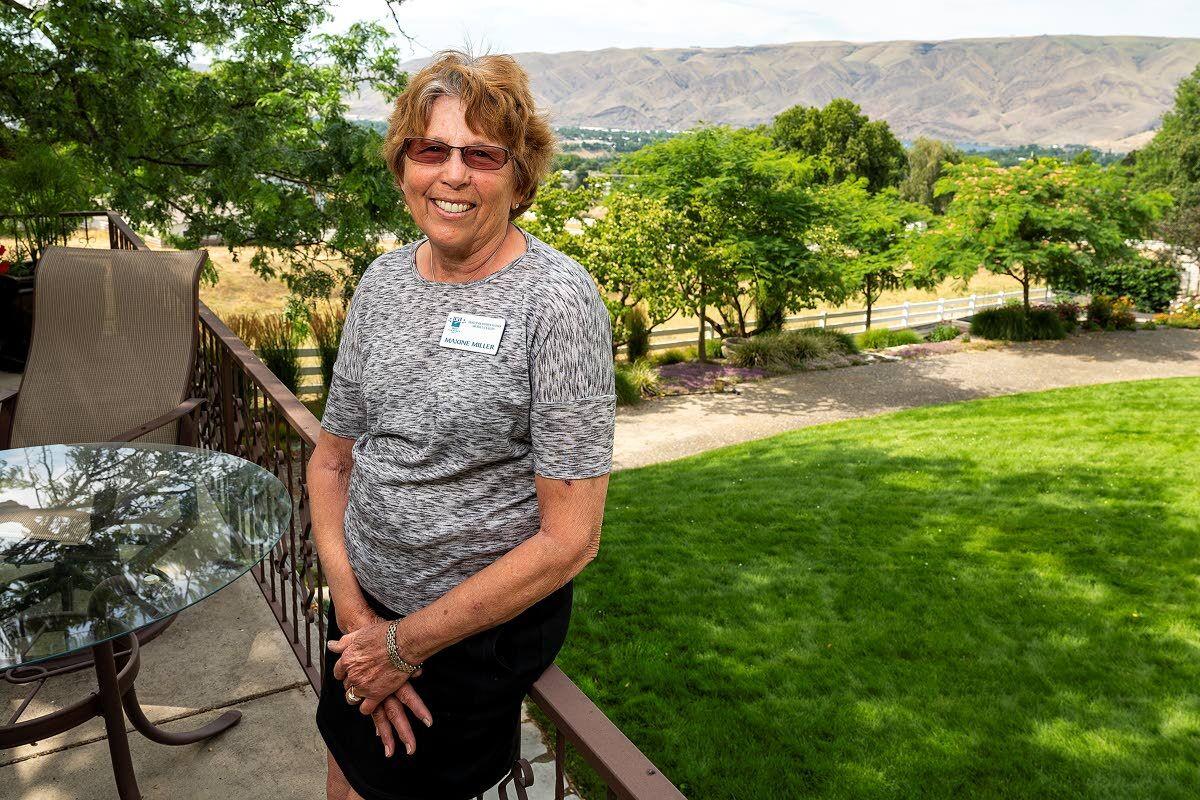 Maxine Miller poses for a portrait on the back deck of her Lewiston home. She is an active member of the Lewiston and Clarkston League of Women Voters. 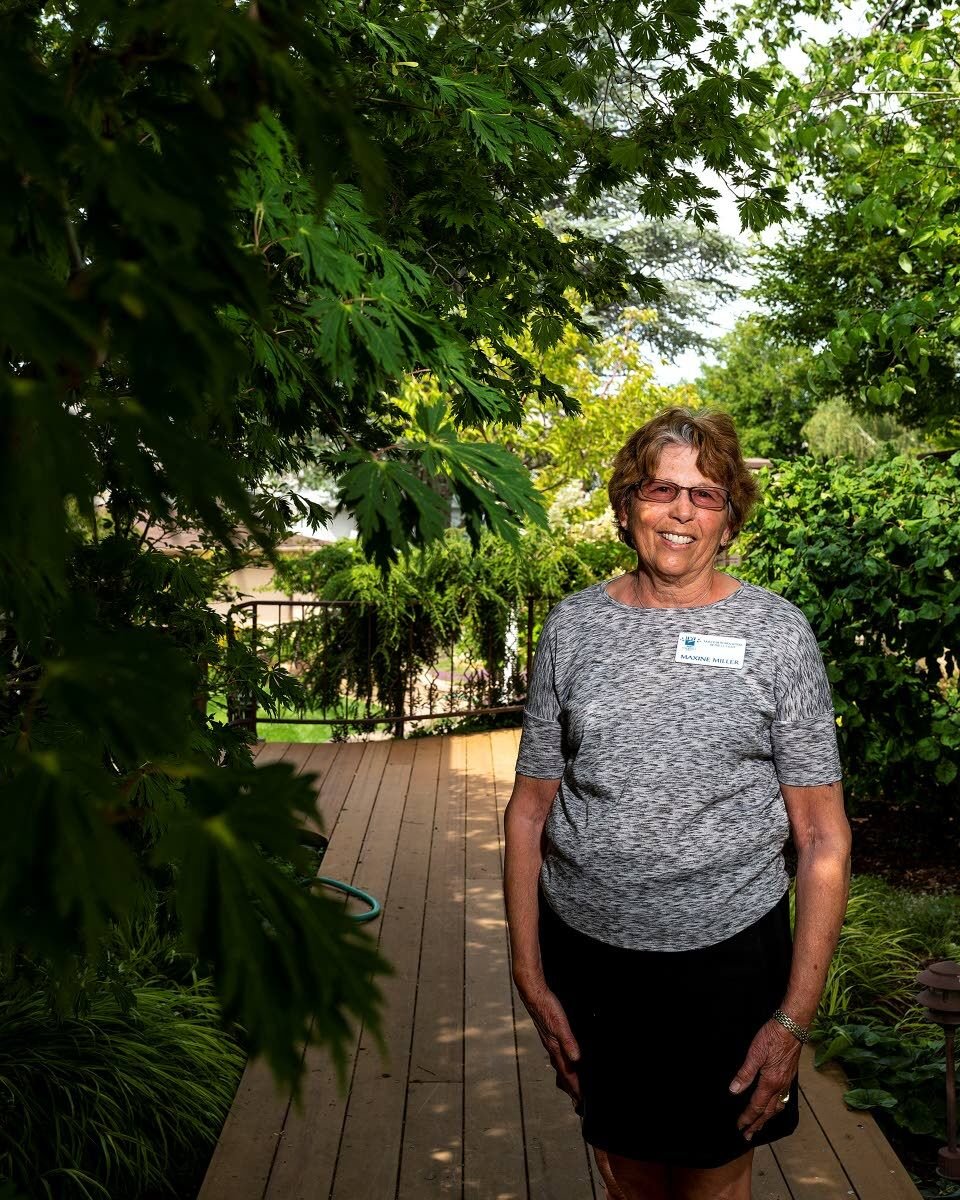 Maxine Miller is a longtime advocate for women and also for the need for people to vote.

Maxine Miller poses for a portrait on the back deck of her Lewiston home. She is an active member of the Lewiston and Clarkston League of Women Voters.

Maxine Miller is a longtime advocate for women and also for the need for people to vote.

The League of Women Voters has been helping Americans exercise their franchise for the last 100 years, and Maxine Miller has been bringing that energy to the Lewiston-Clarkston Valley since she joined the league in 1977.

Suffrage leader Carrie Chapman Catt founded the league about six months before the 19th Amendment officially gave women the right to vote. The local chapter has operated since the 1950s, and the national organization opened membership to men in 1973.

While membership has fluctuated over those eras, Miller still expresses a staunch belief in the league’s mission, and she works tirelessly to promote it and bring new blood into the fold.

“We are strong proponents of whatever it takes to enfranchise people so they can cast a vote, and it is counted,” she said.

Miller and her husband, Dr. Dan Miller, moved to Lewiston in 1974 with their first daughter after he completed his residency in Denver. It was there that she had her first meaningful encounter with the league.

In 1972, the Colorado city won its bid to host the 1976 Winter Olympics. But there were strong divisions between supporters and people wary of all the burdens the event could bring. Miller recalled meeting some league members who were handing out flyers on the issue outside a grocery store.

“This was information you couldn’t get anywhere else,” she said. “It was unbiased, and I thought that this is the kind of group that is beneficial.”

Voters eventually rejected the games via referendum. But the seed of interest had been planted in Miller’s mind, and she joined the League of Women Voters of the Lewiston-Clarkston Valley about a year after the birth of her second daughter.

Miller has served in various capacities over the years, including president. The league dispensed with that hierarchy a few years ago, however, in favor of a more decentralized structure that empowers all members.

“We call ourselves an organization of the whole,” she said of the local chapter. “We are it. We do it. If we do it, it gets done. If there’s no one to do something, or if somebody says, ‘The league needs to do this,’ I say OK, that’s you. You’re that person.”

Low membership over the years is one of the primary reasons for dispensing with some of the rigidity of the organization, like having a president. That flexibility may be driving more people to join. There were about 10 members at the chapter’s July meeting, which was held outdoors at Clarkston’s Granite Lake Park to allow for social distancing during the coronavirus pandemic.

“And that’s the strongest turnout we’ve had in probably five or more years,” Miller said. “So there is an interest in the league. Everyone recognizes that in today’s world, we need organizations that can support democracy. However, the way in which people want to join and work is very different.”

The need for the league has become even more acute over the last several years of ramped-up voter suppression and election interference, she added. So the membership is as focused as ever on voter registration in addition to organizing candidate forums and debates. Nez Perce County Auditor/Recorder Patty O. Weeks spoke at the last meeting, and said she expects a large demand for absentee ballots. Miller said that means preregistration is more important than ever to ensure people can get a ballot by mail in time for the Nov. 3 election.

One of the easiest ways for voters to get registered, confirm their registration or request a ballot is to visit idahovotes.gov. The league is also reminding people that they need to register again if they changed their name or moved since the last time they voted.

“You just have to move one apartment over, and you have a new physical address,” Miller said.

The league also is working with the Lewiston City Library at 411 D St. to have registration forms and absentee ballot requests available for the month of September. On Sept. 22, members will be there in person for National Voter Registration Day. And the chapter has launched a new banner campaign with a sign featuring a suffragist and information on how to vote.

“I’m really excited to have new ideas and people interested,” Miller said. “This is an organization that is vital to our local communities and all other levels of our government, and the way in which our democracy is structured.”