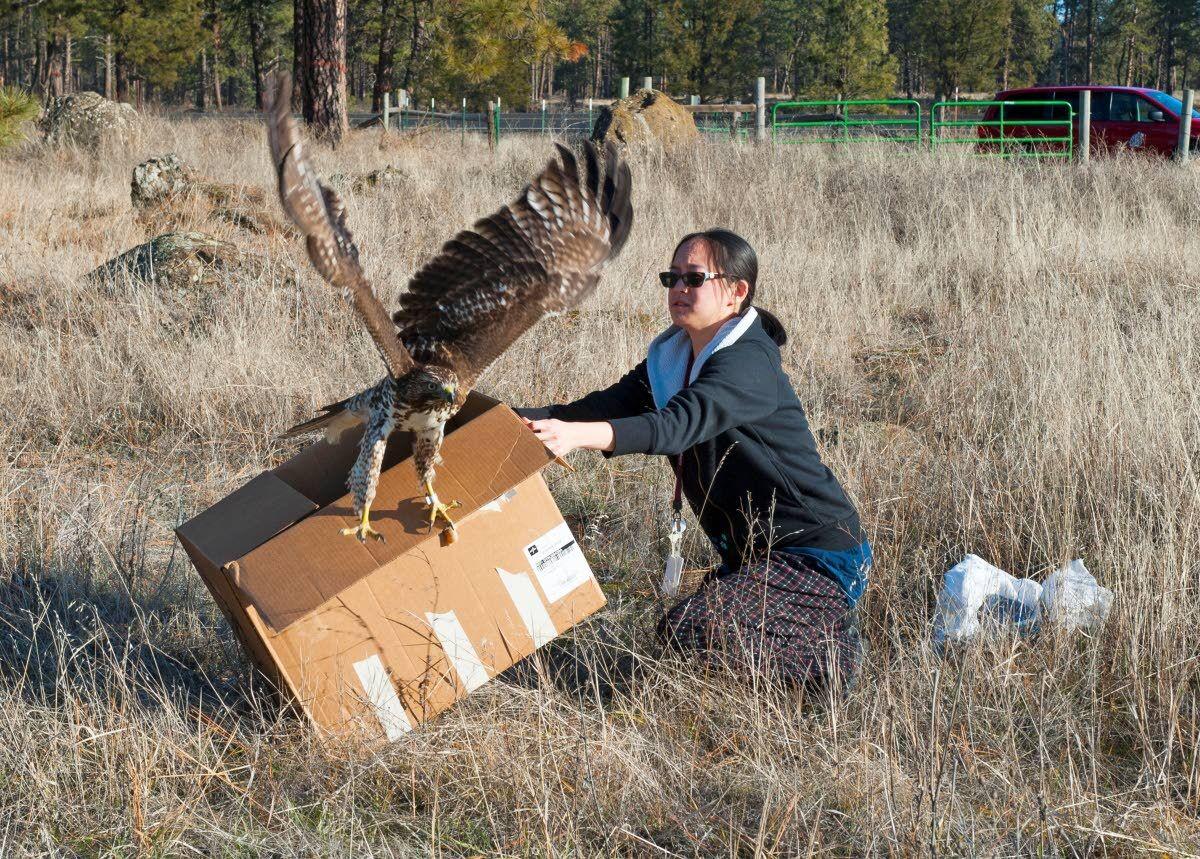 A hawk is released back into the wild after being rehabilitated at Washington State University. 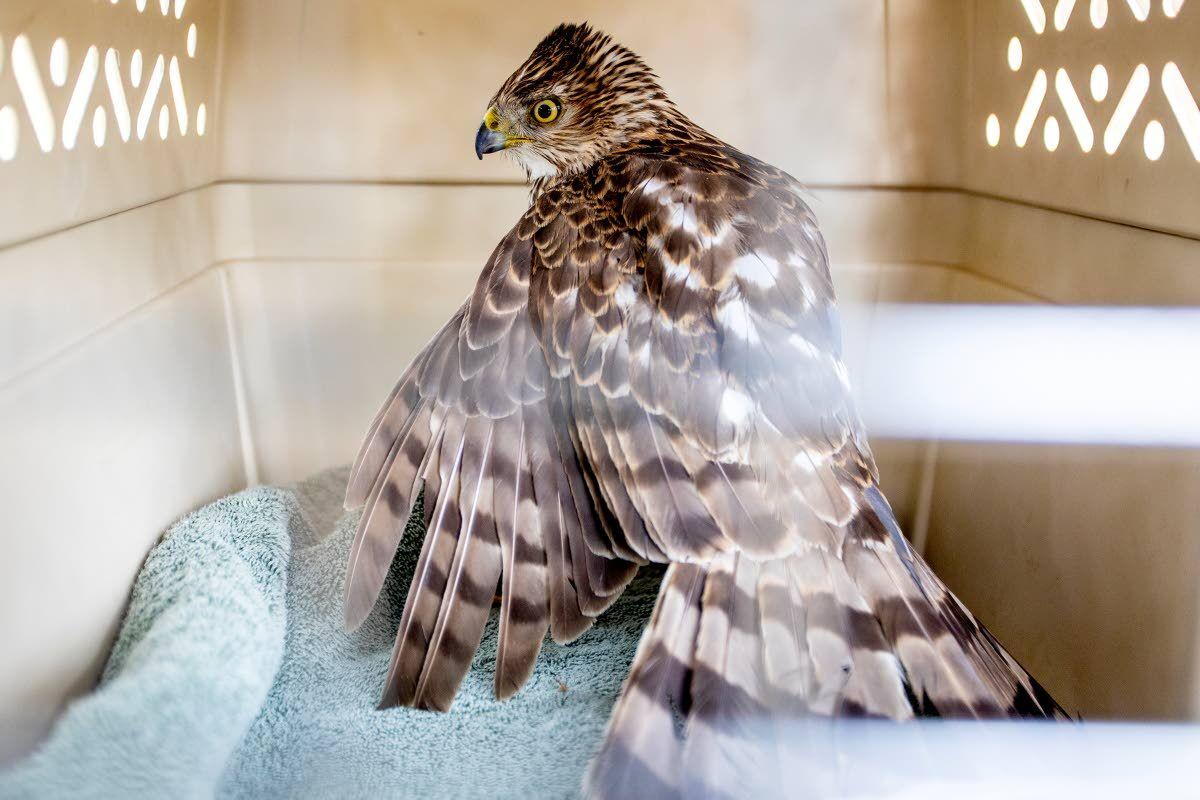 A hawk with a broken wing sits in a cat carrier in Lewiston before being transported to Washington State University. 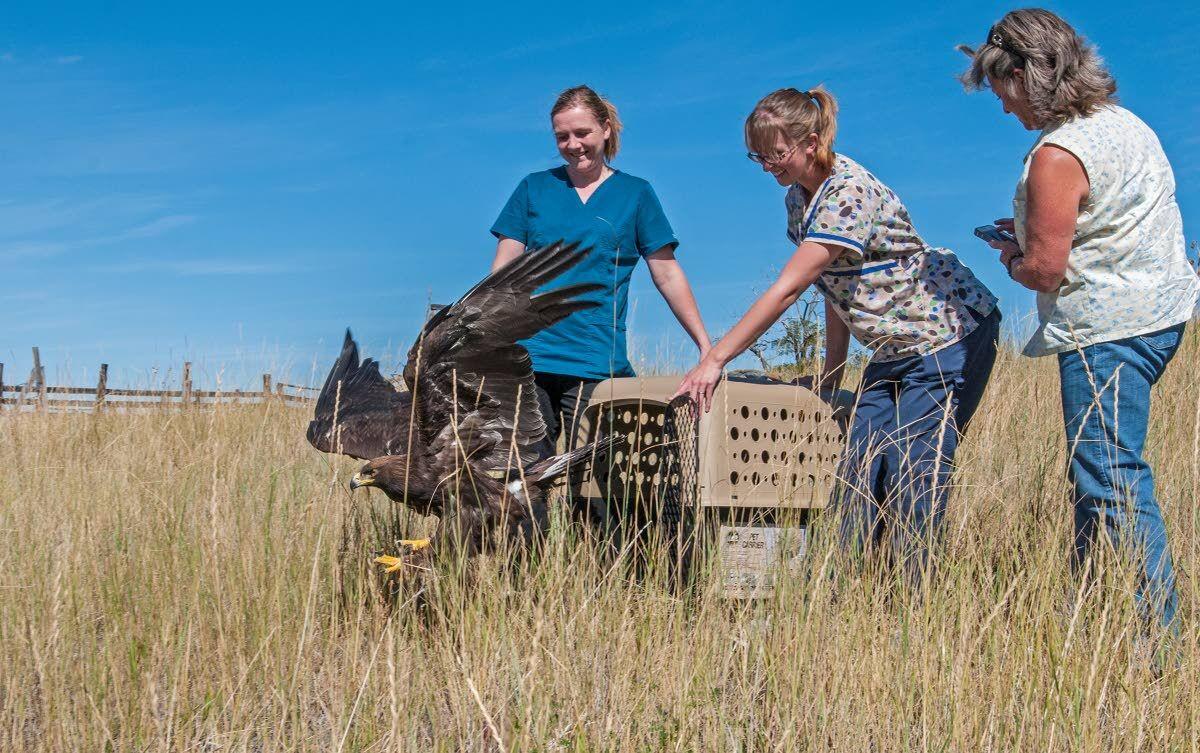 LEFT: Birds that can be rehabilitated are released back into the wild.BELOW: A hawk with a broken wing waits in a cat carrier to be taken to Washington State University. 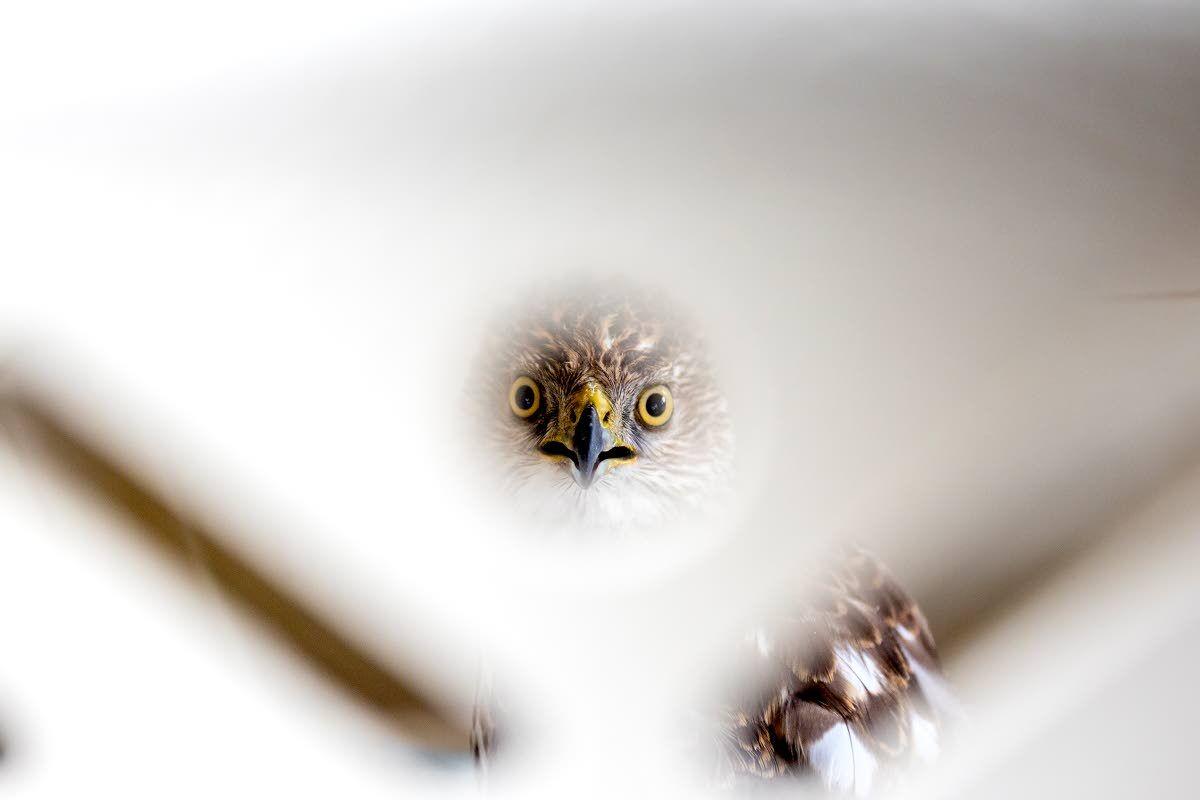 A hawk with a broken wing waits in a cat carrier to be taken to Washington State University.

A hawk is released back into the wild after being rehabilitated at Washington State University.

A hawk with a broken wing sits in a cat carrier in Lewiston before being transported to Washington State University.

LEFT: Birds that can be rehabilitated are released back into the wild.BELOW: A hawk with a broken wing waits in a cat carrier to be taken to Washington State University.

A hawk with a broken wing waits in a cat carrier to be taken to Washington State University.

Washington State University’s raptor recovery and rehabilitation program is hoping to replenish the numbers of its all-volunteer club after membership dropped off during the pandemic.

The raptor recovery program and the club have existed side by side since the 1980s after being started by Dr. Erik Stauber, a former WSU professor and veterinarian who specialized in raptors.

When it started, the recovery and rehabilitation program was solely concerned with birds of prey, but services have since expanded to include all kinds of local wildlife.

“At least for initial intake and triage, we accept all native wildlife, so it has expanded quite a ways beyond just the raptor rehabilitation program,” said Dr. Marcie Logsdon, clinical instructor for the WSU College of Veterinary Medicine’s Exotics and Wildlife Department. “We see approximately 500 wildlife patients a year, and about a third of those are raptors, about a third are mammals and about a third are other avian species, or other bird species.”

Logsdon said it’s not as common, but they do treat the odd reptile and amphibian once in a while — mostly wild frogs, turtles and snakes.

One of the biggest advantages of the service, she said, is that they have someone available 24 hours a day who can answer questions about wildlife.

While there are some exceptions where the animal might be in danger, the program staff urges people to call them before intervening with a wild animal. In many cases, a good Samaritan may encounter what appears to be injured or orphaned wildlife and disturb an otherwise healthy animal. Logsdon cited what she called “classic examples,” like a fawn that has been tucked away in a quiet place while its mother is off for the day, or a young bird that is just learning to fly and is a little clumsy for a day or two.

Even in the event that the animal requires aid, she said it’s still best to call so someone with the program can provide guidance on how best to capture and transport the animal.

“We’re gonna ask questions like where exactly the animal was found and things like that, because ... especially in the young animals, if there’s ever an opportunity (to) reunite with Mom, that’s our preferred way of going about it,” Logsdon said. “But again, we do treat wildlife patients on a daily basis that are genuinely injured and need our help.”

The club is a sort of public-facing supplement to the recovery program, Logsdon said. It began as a veterinary student-based organization that not only worked with injured wildlife, but helped to care for raptors that could not return to the wild and hosted educational presentations to the public.

Today, the club is primarily composed of undergraduate students attending WSU, though membership is also open to the public. They continue to take care of resident raptors and host educational events.

Both student and public membership declined somewhat because of the pandemic, but the club hopes to replenish those numbers now that vaccinations are becoming more widely spread and restrictions are being lifted. Currently, the club cares for six owls, two falcons, two hawks and a golden eagle named Amicus.

Logsdon said the education services offered by the club with the help of these birds is an invaluable resource both to the public and to the center. She said sometimes the most effective way to provoke a response from someone who may otherwise feel apathetic about the decline of avian species and other environmental issues is to bring them into direct contact with wildlife.

On this, Logsdon is speaking from personal experience. She still remembers when Stauber brought birds to her elementary school in Clarkston. She later did her undergraduate and veterinary studies at WSU, and participated in the raptor club while volunteering in the Wildlife Department of the school’s veterinary teaching hospital. Today, in addition to her other duties with the school, she is the faculty adviser for the raptor club.

“It’s our job to make sure that we are providing the best possible service not only to the folks who are requesting these presentations, and to the people who are coming to these presentations to learn, but then also to their educational ambassadors themselves,” she said. “We want to make sure we are respectful of what they’re doing for us and for their species.”