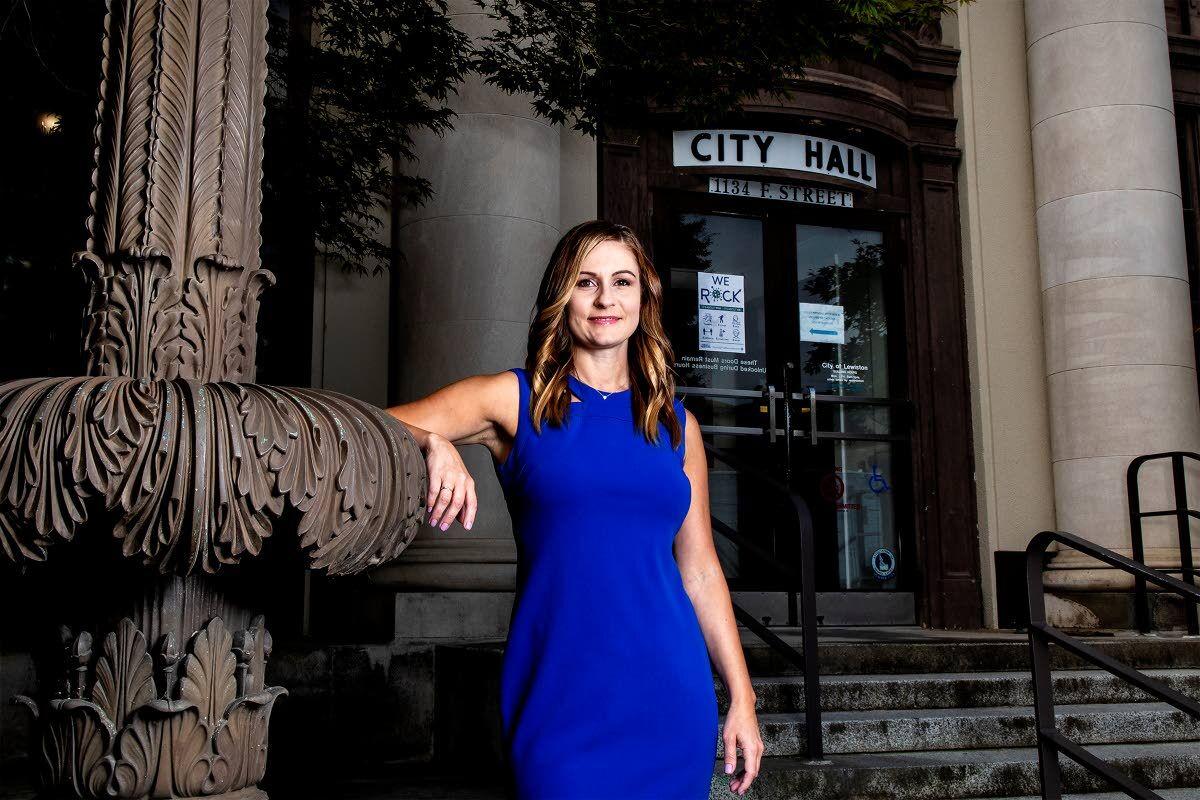 Cari Miller stands outside Lewiston City Hall, where she has served on the city council since 2015. 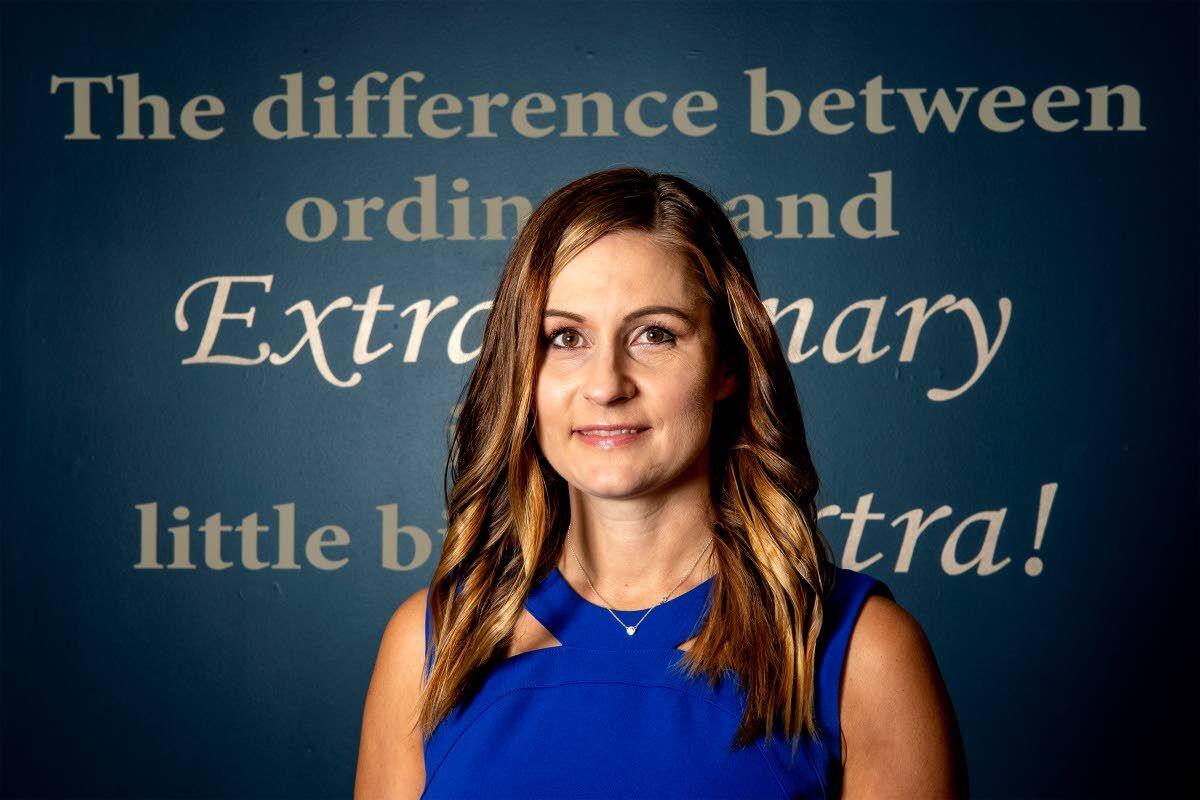 Cari Miller stands in front of the words “The difference between ordinary and extraordinary is that little bit of extra” at the Lewiston City Hall. Miller was first elected to serve on the Lewiston City Council in 2015. 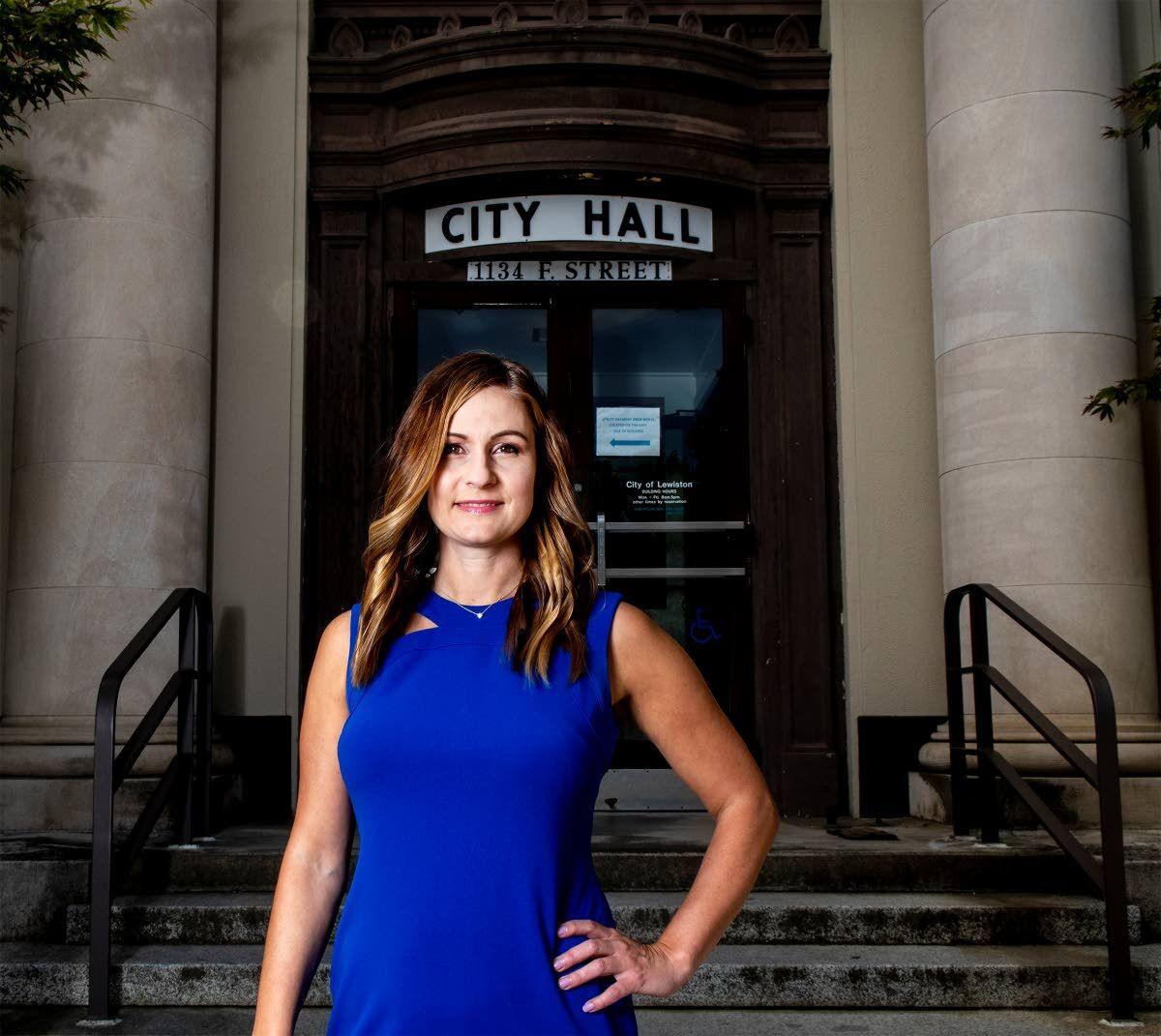 Cari Miller stands outside the Lewiston City Hall, where she has served on the city council since 2015.

Cari Miller stands outside Lewiston City Hall, where she has served on the city council since 2015.

Cari Miller stands in front of the words “The difference between ordinary and extraordinary is that little bit of extra” at the Lewiston City Hall. Miller was first elected to serve on the Lewiston City Council in 2015.

Cari Miller stands outside the Lewiston City Hall, where she has served on the city council since 2015.

Cari Miller is a “lot of different things” — well-rounded, one might say.

It’s perhaps the Lewiston resident’s versatile nature that resonates most with people she’s come to know here. Her multifaceted past has translated into numerous fulfilling ventures, in whatever of the many spheres she’s stepped into.

“I’m a mom, but I’m also a banker,” said Miller, the branch manager at Washington Trust Bank who doubles as a Lewiston city councilor. “I’m engaged in the nonprofit sector, and I enjoy our parks and recreation. I’m a property owner. I was in the Army.

Miller, 43, is responsible for daily operations at the bank, where her routine is finally returning to normalcy after concerns with the coronavirus forced her workplace to transform its model.

“It was drastically different,” she said. “We were on a staff rotation, with one week off, so I was home a lot. But it was more time with my kids, which I loved.”

Miller is in her second term as a city councilor, a post she first campaigned for in 2015 — her purpose being a passion to benefit others through service. She gets her kicks when service is an “active component” of her professional life.

“I’ve found it’s where I experience the most joy,” she said. “I wanted service as part of my life, and that’s where city council came in. I feel like I need to feed certain sectors in my life. It’s family first, then I need to take care of everything else. It’s hectic, but I find it all very fulfilling.”

To be sure, council work comes with stressors, which Miller mitigates with self-care, and understanding that progress made has outweighed the negatives.

Receiving input from community members passionate about something, then helping put words into action, has been most satisfying for Miller. On that note, she recalled assisting in the development of a city ordinance for a potential homeless shelter in 2017.

“It’s a really rewarding process when you can be a part of creating something that had never existed, something that people actually want,” she said.

“We want to make sure our citizens know our departments have a vision,” she said, “which didn’t really exist when I first started. … I’m really passionate about that strategic plan for the city, then plugging it into the bigger picture of the whole valley.”

As the liaison to the city’s youth commission, Miller has been vocal on educating youngsters about the processes of local government.

“I think it’s important for our youth to be involved,” she said. “We need to invest in them. Right now, especially with this pandemic, we’re seeing that local governments have to make big decisions.

“If I can move the needle in those two areas, I’ll feel a level of success at the end (of this term).”

Additional undertakings for Miller include volunteerism with the Lewiston Rotary Club, six years serving on the Clearwater Economic Development Association board and spearheading the Coats for Families drive.

Growing up in Portland as part of a “service-oriented family,” Miller had this lifestyle ingrained.

Seeking “to experience a new culture” that wasn’t too far from some northeast family members, Miller enrolled at picturesque Dickinson College in Pennsylvania, enlisting in Reserve Officers’ Training Corps and volunteering at the hospital while there.

After graduation, she spent four years (1998-2002) on active duty in the U.S. Army, stationed predominantly in Washington, but taking educational pit stops around the nation — from Fort Benning, Ga., and Fort Eustis, Va., to exercises in the Mojave Desert.

Among her Army roles were: platoon leader in charge of fuel tankers; detachment commander at a transfer point for cargo trailers; and S1 officer responsible for “basically anything that had to do with personnel” for a battalion.

“I had so many different kinds of soldiers working with me, and it was really just a diverse group of functions,” she said of her favorite position, that as a detachment commander.

“Those four years, my service level really grew,” said Miller, who left the Army as a captain. “My next step would’ve been company commander. I really did want to do that, but I knew I wanted to have a family, and I didn’t want that conflict.”

Miller soon parlayed her leadership savvy into a program with the Home Depot, in which the company “basically deployed military officers exiting service, and sent them to where they needed leadership.”

She prepared in that role for two years in Portland, then eventually landed in Lewiston in 2004 to run the Home Depot, an occupation she kept for a little less than a decade before changing lanes.

Miller, now a mother to three, has since solidified roots here as a well-rounded, service-centric figure, with her contributions stretched across various sectors.