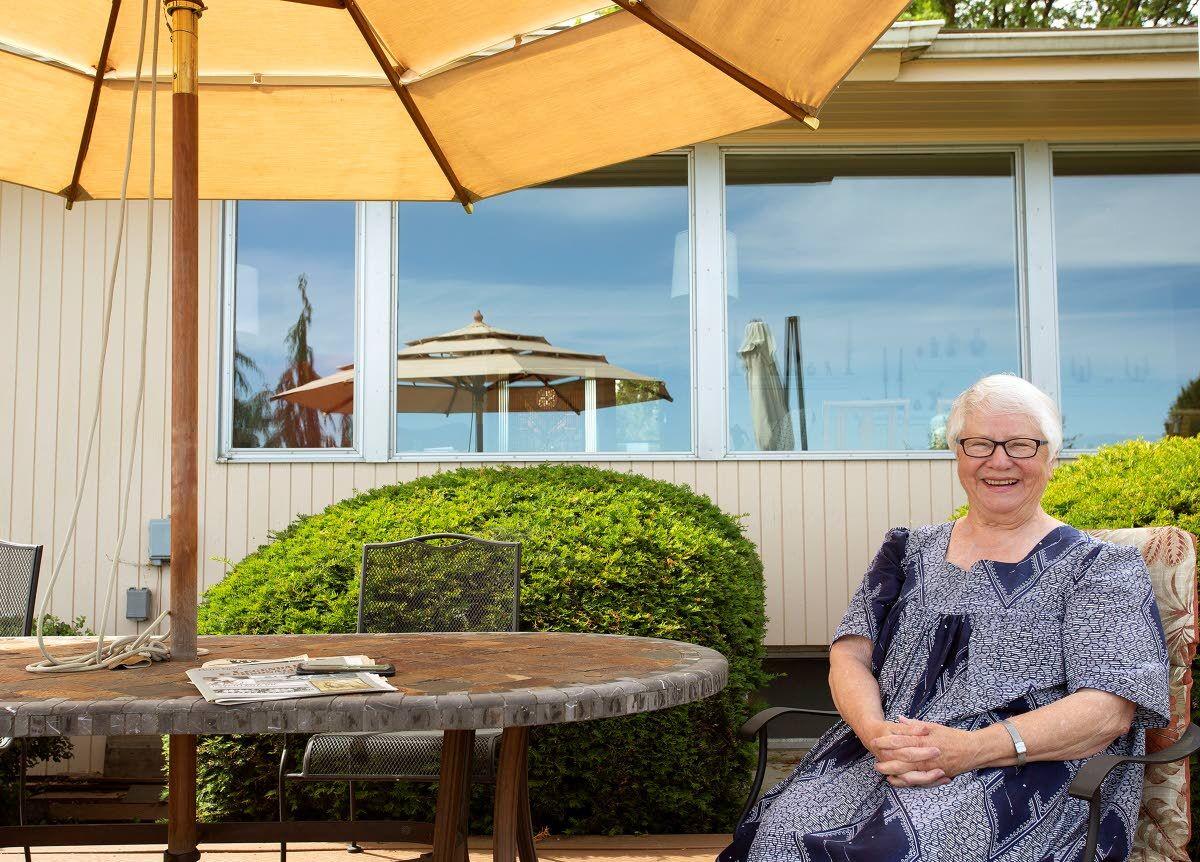 Former Pullman Mayor Karen Kiessling sits outside her home in Pullman on July 13. Kiessling was mayor from 1976-80. 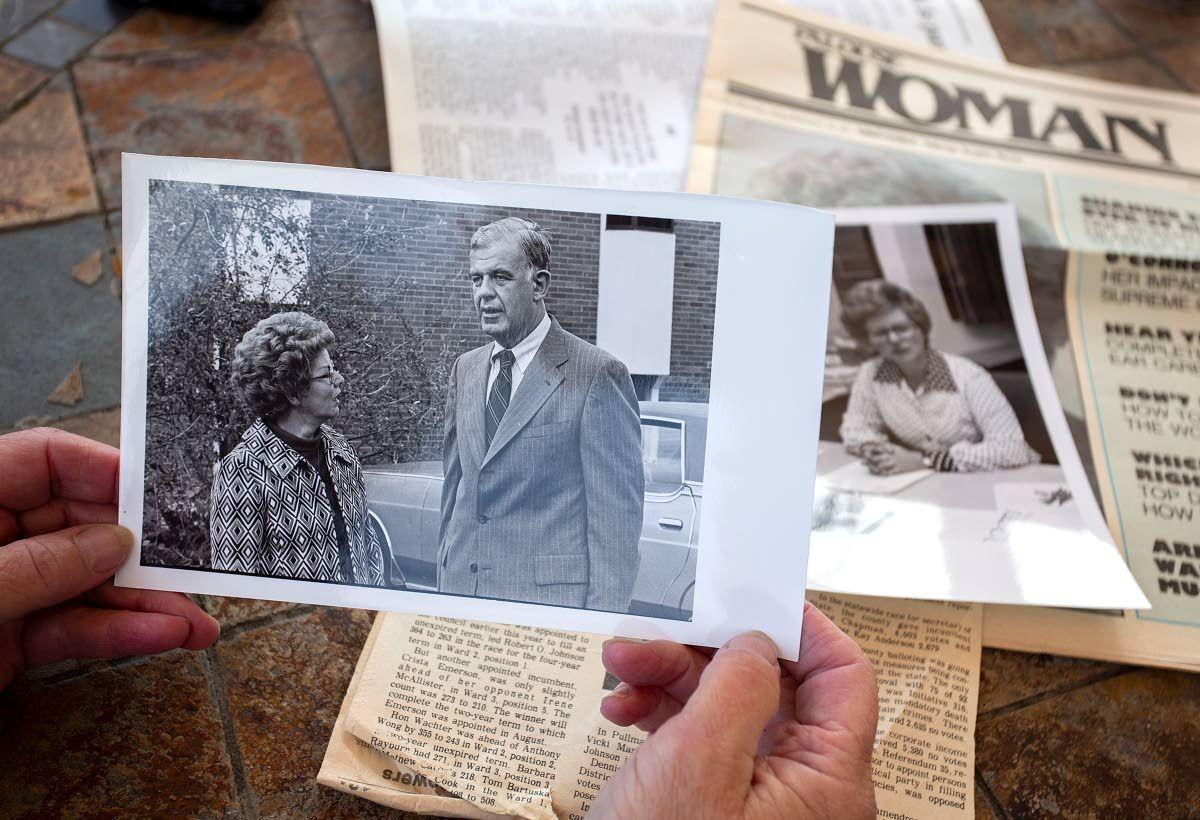 ABOVE: Karen Kiessling holds a photograph of herself with Congressman Tom Foley. The photo was taken while she was mayor of Pullman. RIGHT: Kiessling looks through memorabelia from her time as Pullman’s mayor outside her home in Pullman on Monday, July 13. Kiessling was Pullman’s mayor from 1976 through 1980. 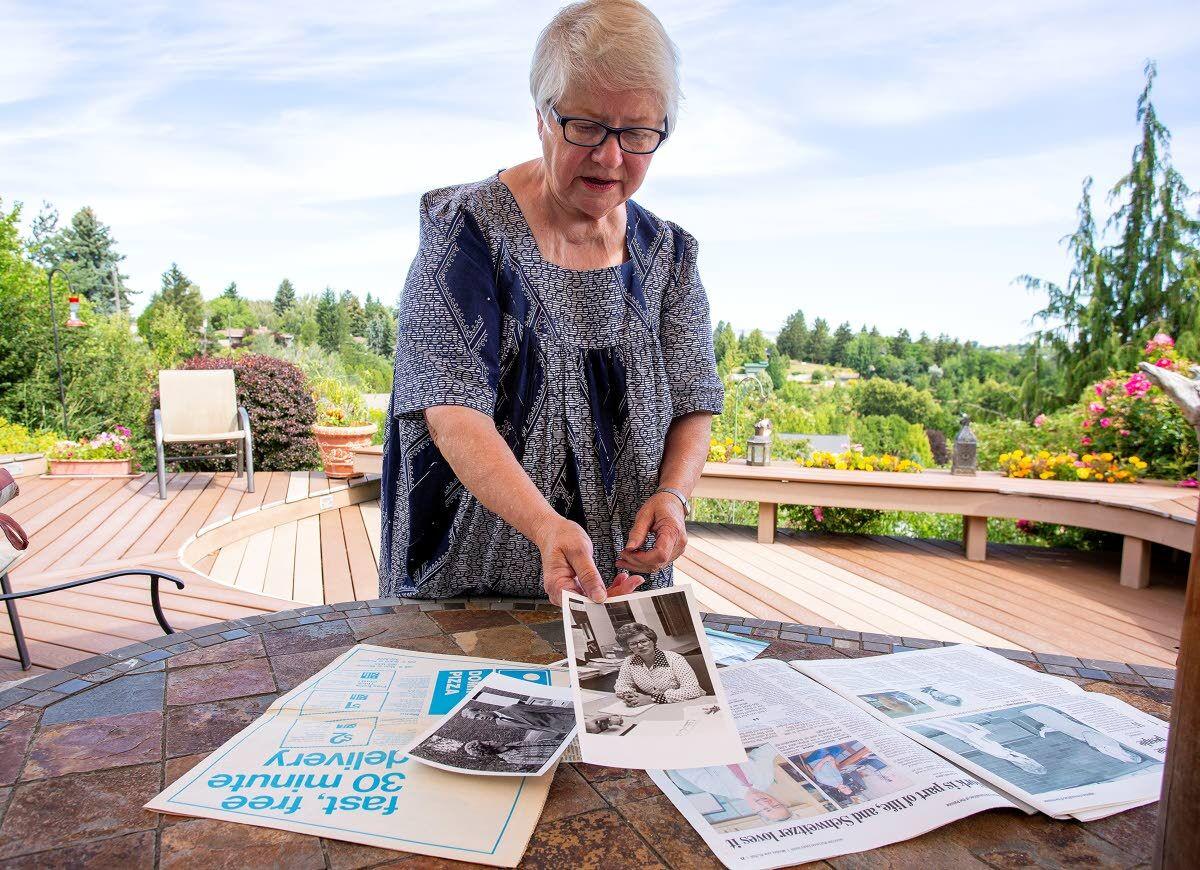 Former Pullman Mayor Karen Kiessling sits outside her home in Pullman on July 13. Kiessling was mayor from 1976-80.

ABOVE: Karen Kiessling holds a photograph of herself with Congressman Tom Foley. The photo was taken while she was mayor of Pullman. RIGHT: Kiessling looks through memorabelia from her time as Pullman’s mayor outside her home in Pullman on Monday, July 13. Kiessling was Pullman’s mayor from 1976 through 1980.

Karen Kiessling did not want to run for mayor of Pullman in 1975. In fact, she thought the idea was laughable.

“It would never, ever, in a million years have occurred to me to run for mayor,” she said. “Absolutely never, it was the most foolish thing I’d ever heard of.”

When a friend one day tried relentlessly to talk her into it, Kiessling reluctantly agreed to run for election just to end the conversation. When she realized what she had done, she tried to call him back to say she changed her mind, but it was too late. Her friend had taken the phone off the hook.

She ended up winning the election handily and her four years as the first female mayor of Pullman from 1976-80 became a life-altering experience.

“It absolutely was transformative,” she said. “I had no idea what a huge change it would make in my life.”

Her accomplishments during those four years include starting the Pullman transit system, creating High Street Mall and taking parking meters out of downtown.

Since then, Kiessling has spent a life of service in government and higher education. Kiessling estimated she has served on 40 to 50 boards and commissions on all levels of government. She is also a longstanding member of the League of Women Voters of Pullman and spent years working as a fundraiser for Washington State University, University of Idaho and University of California, Los Angeles. She even served as a fundraising consultant at Oxford while her husband Nick Kiessling’s research and publishing work led them to Europe.

She has also spearheaded efforts to beautify Pullman with the Grand Avenue Greenway project and Bulbs on Bishop.

“If you get to do something very fine, you have an obligation,” she said. “You are always in a position of paying back and how do you pay back? You pay back through public service.”

This year, the League of Women Voters of Pullman is working to recognize all women who have served in office in Whitman County. Kiessling said a committee is researching all of the women who were elected to town councils or as mayor in all 16 incorporated cities in the county.

The committee is still formulating a plan to celebrate these women since the COVID-19 pandemic forced it to cancel a public ceremony scheduled for August.

At the LWV’s request, the Whitman County commissioners passed a proclamation designating August as a month to recognize the 19th Amendment and the importance of local women leaders.

“It’s our way of saying this is incredibly important and that our world, our nation would look so different if this very reasonable step forward hadn’t been taken,” Kiessling said.

She is quick to point out that Washington state granted women the right to vote in state elections 10 years before the 19th Amendment was passed. When other states finally ratified the amendment, Kiessling said, it was a significant and necessary accomplishment.

“There’s nothing more important to any nation than free and fair elections, and that has to include all citizens and it has to be safeguarded very jealously and very carefully,” she said.

While it is important that women run for office, Kiessling said the most important quality in an elected official, whether they are a man or woman, is that they are a good person.

“One of my battle cries sort of has always been, if you know somebody that is open-minded, intelligent, is concerned, is compassionate, has a desire to serve, then you should suggest to that person that they consider running for office,” she said. “And then you should say I’ll volunteer to work for you.”