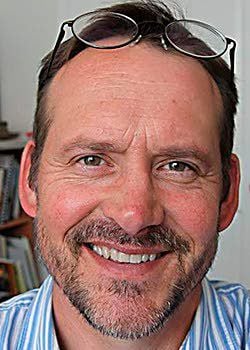 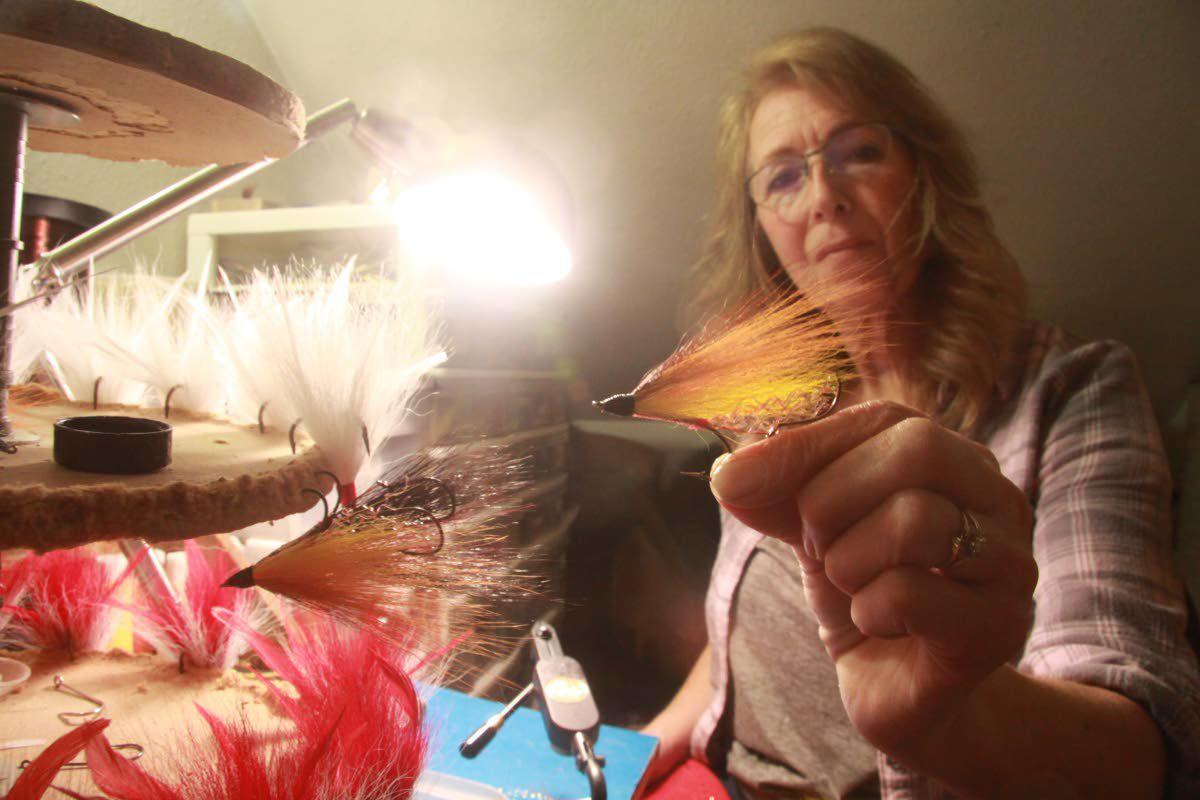 Ralph Bartholdt/Coeur d’Alene PressSusan Houk took over the Frisky Jenny fly tying business from her mother-in-law, Virginia Sturgis — the original Frisky Jenny — more than 20 years ago. The brand of streamers and tube flies has been a consistent catcher of derby winning fish in the region. “People just like them,” Houk said. 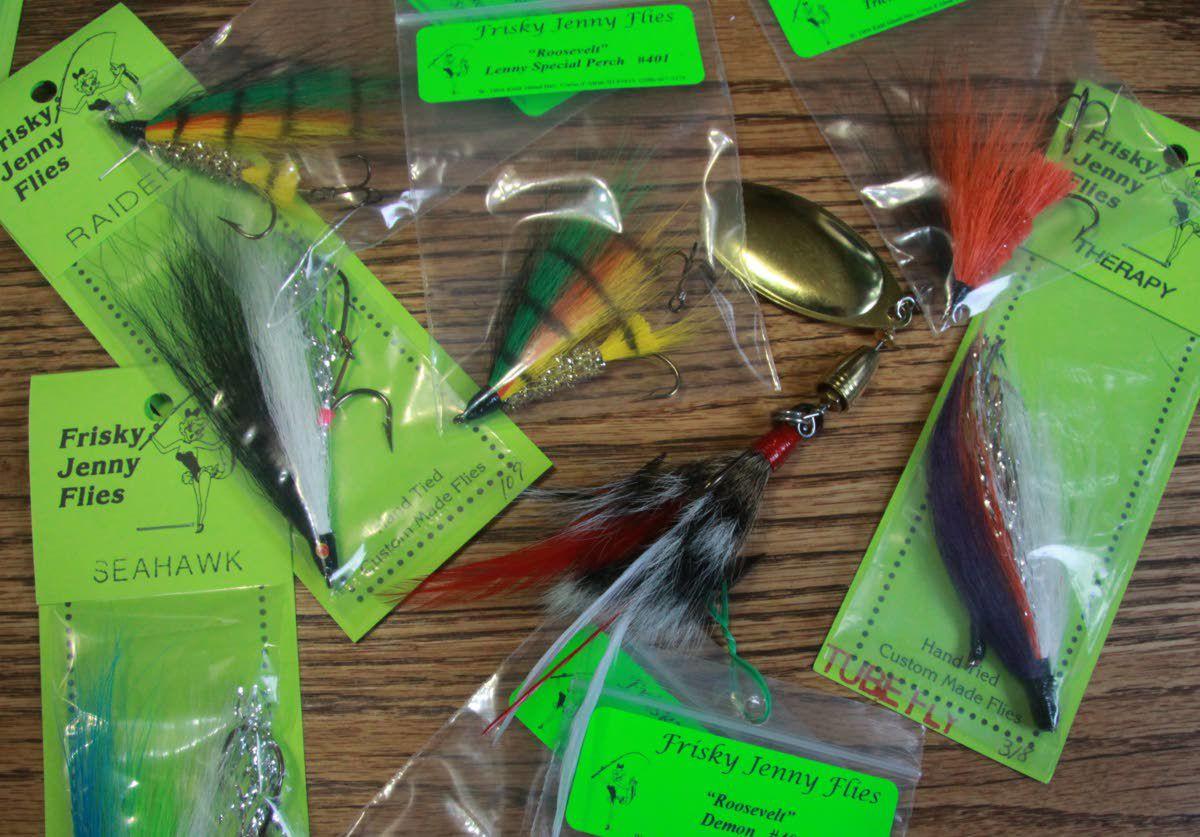 A variety of Frisky Jenny and Knotty Scotty flies and spinners on the Houk's kitchen table. The Pacific Northwest favorite flies and lures are packaged and sold online, or in-person, to local tackle and fly shops, and to lure outlets from New York to California.

Ralph Bartholdt/Coeur d’Alene PressSusan Houk took over the Frisky Jenny fly tying business from her mother-in-law, Virginia Sturgis — the original Frisky Jenny — more than 20 years ago. The brand of streamers and tube flies has been a consistent catcher of derby winning fish in the region. “People just like them,” Houk said.

A variety of Frisky Jenny and Knotty Scotty flies and spinners on the Houk's kitchen table. The Pacific Northwest favorite flies and lures are packaged and sold online, or in-person, to local tackle and fly shops, and to lure outlets from New York to California.

When visitors check on Susan Houk, the maker of Frisky Jenny Flies, they expect to see a shop or warehouse where her flies — 6,000 annually — are produced, packaged and shipped, possibly in a fleet of trucks with a fly pattern painted on the side.

Visitors aren’t prepared to be greeted by a chicken — an Americana hen — that follows them around the driveway, or hear from a nearby kennel the occasional baying of Walker hounds against the background of silence that rural living brings.

Houk, who has been tying Frisky Jenny Flies in the Coeur d’Alene since the 1980s when her mother-in-law, Virginia “Frisky Jenny” Sturgis started the enterprise, laughs at the question.

“Everyone expects to see a shop,” she says.

There has never been one.

There has however been a kitchen table at the Houk’s Kidd Island Bay home — which is made of logs and harkens back to the early 1900s. Frisky Jenny flies stored in totes are spilled on the tabletop for display. Upstairs angled under the roof is a small, second-story room just big enough for an economy fly-tying bench, a few shelves and totes that keep fly-tying materials and finished product.

Using a couple of Regal fly-tying vises, feathers in a variety of colors to make a flap dancer envious, hooks, thread and glue, Houk sits at the bench under a bright light and spends most of her mornings whipping up flies as she fills orders for fishing suppliers primarily in the Pacific Northwest, but they go all over.

Don has watched the fly-tying enterprise unfold over decades and he uses the family flies in his Lake Coeur d’Alene fishing guide business called Lake Charters LLC. His dad was a football fan, but his mother was not.

Yet, flies with names like the Cowboy, Seahawk, Raider and 49er are identified by their colors.

“Is that a Chief?” Don says, flicking his finger at a package of a red and white tube fly.

When mom and dad fished fall derbies on a Sunday, Don’s dad, Jerry, was dropped off at the dock around kick-off time, so he could watch his favorite team, the Seattle Seahawks play while Virginia returned to the lake to drag her fly patterns behind the boat.

Virginia on the other hand, lived to fish.

“She was pretty die hard,” Don says, as she chased big rainbows, chinook salmon or kokanee. “It was dawn to dusk lots of times.”

About 80 percent of derby winners each year are caught on Frisky Jenny flies. It’s an affirmation for Susan.

Susan is not the only one tying flies.

“My sister in Priest River ties them too,” she said. “I send her materials.”

The duo tie all the flies that are ordered from places like Utah, Washington, Oregon and by a host of local vendors including Black Sheep and Fins and Feathers, two of the original sellers of the Frisky Jenny pattern. Tom Knoll, whose brother David started Black Sheep Sporting Goods, gave the Frisky Jenny it’s name.

One of the patterns is named for a former Spokane tyer and Lake Roosevelt guide Lennie Mayo who showed his secret fish weapon to Susan on the down low, and taught her to tie it.

Susan took over the fly-tying business in 1997 from Virginia — who passed away in 2013 — when her in-laws traded their lakefront summer haunts for winters in Arizona.

“I had tied with her the whole time, until they became snowbirds,” Susan said.

The line, called Knotty Scottys, comes in one-ounce or ½-ounce spinners that Susan pieces together by hand.

Both she and Scott worked as fishing guides several years ago, but have since given up their licenses.

If there is a goal that Houk has been eyeing for years, it’s to build up the Frisky Jenny inventory. With just two full-time tyers, and given the popularity of the Frisky Jennies, the inventory is usually restocked just in time to fill new orders. Fly tying is a steady, year-round occupation.

So far, the younger Houks, kids and grandkids have shown an interest in fish catching, but fly tying, not so much.

Once you know how, it takes just a couple minutes to whip up a bucktail.

Sitting at the small bench under the bright light, Susan pulls deer hair and wraps thread on a hook. She ties in a strand of sparkle, daubs glue and voila.

“They take about two minutes,” she says.

Others consume more time. Knotty Scottys are a 7-minute fly.

She ties around 40 per day.

The flies are delivered across the continent to New York, the Midwest, to California and Canada.

“They are just a favorite,” she says.

Because they catch fish.

Often the biggest ones.

Bartholdt writes for the Coeur d'Alene Press. He can be reached at rbartholdt@cdapress.com