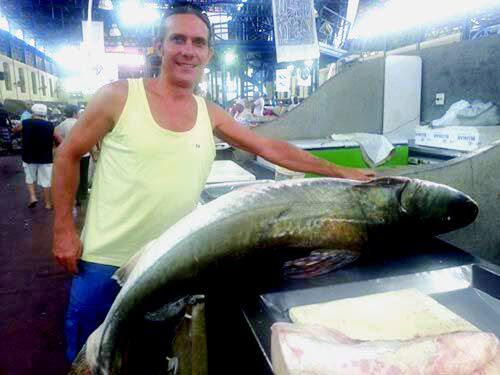 Tommaso Giarrizzo poses with an Amazon catfish. The fish are born in fresh water and then migrate to the Amazon River estuary, where they live for a few years before swimming thousands of miles upriver to spawn. 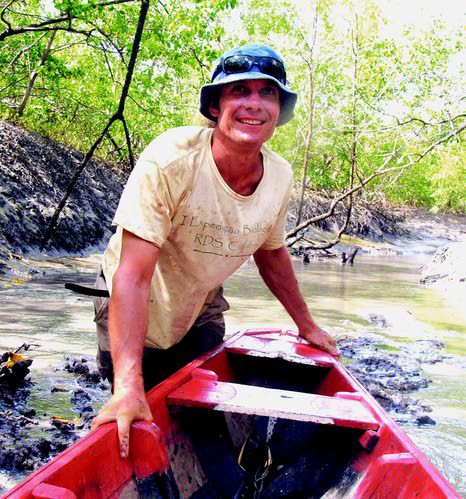 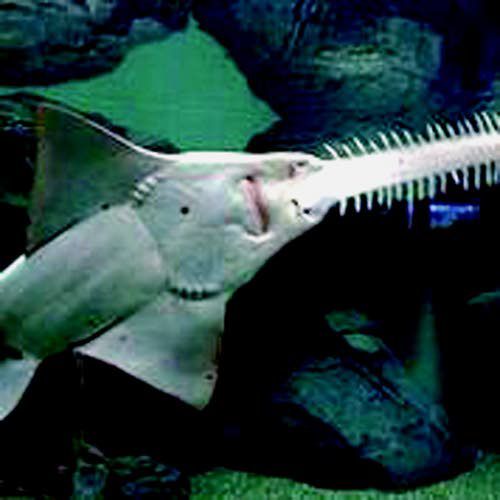 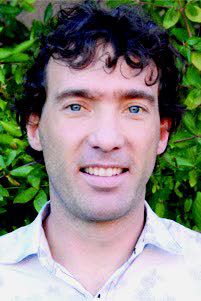 Tommaso Giarrizzo poses with an Amazon catfish. The fish are born in fresh water and then migrate to the Amazon River estuary, where they live for a few years before swimming thousands of miles upriver to spawn.

Idaho's salmon and steelhead make remarkable journeys covering hundreds of miles during their upriver migration to spawning grounds, but the distance pales in comparison to Amazonian catfish that can swim more than 3,000 miles inland.

The massive, warm-water fish that can top 200 pounds, travel from the brackish water of the Amazon estuary to streams in the foothills of the snow-capped Andes to spawn. Along the way, they face threats similar to those that salmon and steelhead must contend with. They are over fished, said Jens Hegg, a University of Idaho doctoral student and fish ecologist. They also face a river system being transformed by massive dams, many of which are designed and built without fish passage facilities.

Hegg said millions of pounds of catfish are harvested every year. The flesh is consumed by locals and shipped around the globe. Despite the economic importance, Hegg said the fish remains under studied and little understood.

"It's amazing you can have a fishery that is this important financially and at the same time we know so little about them. They are really a mystery fish," he said.

Hegg and his colleague, Tommaso Giarrizzo at the Federal University of Pará in Belém, Brazil, aim to change that. The two recently completed a successful crowdfunding effort that raised more than $5,000 and will allow them to meet for the first time in Brazil early next year to map out a study.

"It will give us a chance to sit down together over an extended period of time and figure out what makes sense for a sampling plan for a larger study, and how we can accommodate that and where we can go for larger grant funding."

Hegg and Giarrizzo plan to travel to various parts of the Amazon basin to collect the ear bones of catfish harvested by fishermen. Known as otoliths, the ear bones or ear stones, are made up of calcium carbonate deposits. When examined by scientists, the bones, which grow daily, reveal information about the fish. It works in much the same way that foresters can learn about the age and life of a tree by counting the rings in a cross section of its trunk.

Using a technique developed by Hegg's UI adviser, Brian Kennedy, the two men will analyze the strontium isotopes of the otoliths to track or map their migratory history. In so doing, they can learn which tributaries of the Amazon are important spawning areas and which dams might put the fish in jeopardy. They also want to gather basic information on population dynamics so the fishery can be better managed.

"Understanding the migration allows people to determine what these big mega dams need in terms of fish passage," he said. "Just like here in the Northwest, we built all these dams starting in the 1920s and realized too late it was having an impact on the salmon fishery."

Hegg and Giarrizzo plan to expand the study to include the largetooth sawfish. The fish, which Hegg describes as looking like it has a hedge trimmer for a nose, is critically endangered across the globe. It lives mostly in saltwater, but does spend some time in freshwater, usually coastal rivers, where it is likely to spawn. However, in the Amazon it swims far inland. Because of their strange snout, they often get caught in fishing nets.

"Fishermen tend to keep the rostrums, the nose, so that record is still available even if we are not there to catch the fish. Often times we can convince people who have the rostrums to give us a tooth or two and they work the same way an otolith does."