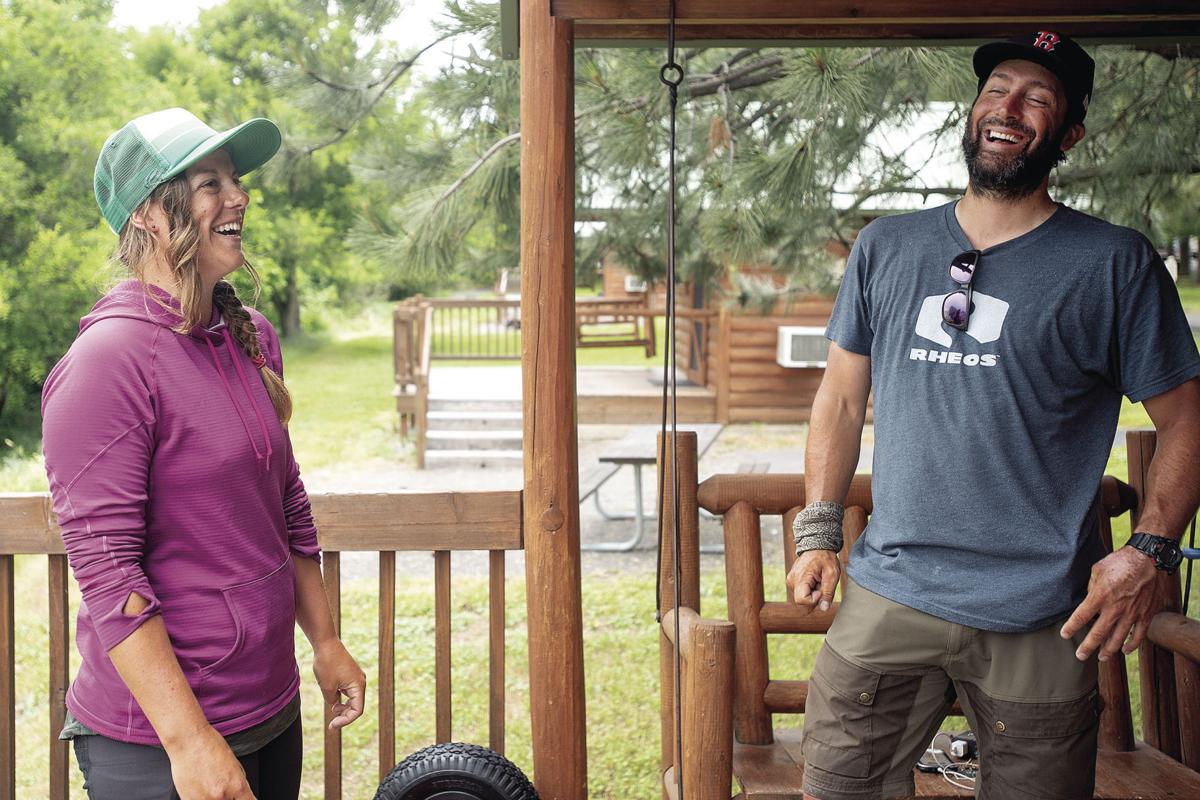 Jillian Brown and Martin Trahan laugh as they talk Wednesday about how they are getting to know each other as they begin their river journey across the United States while stopping at Hells Gate State Park in Lewiston. 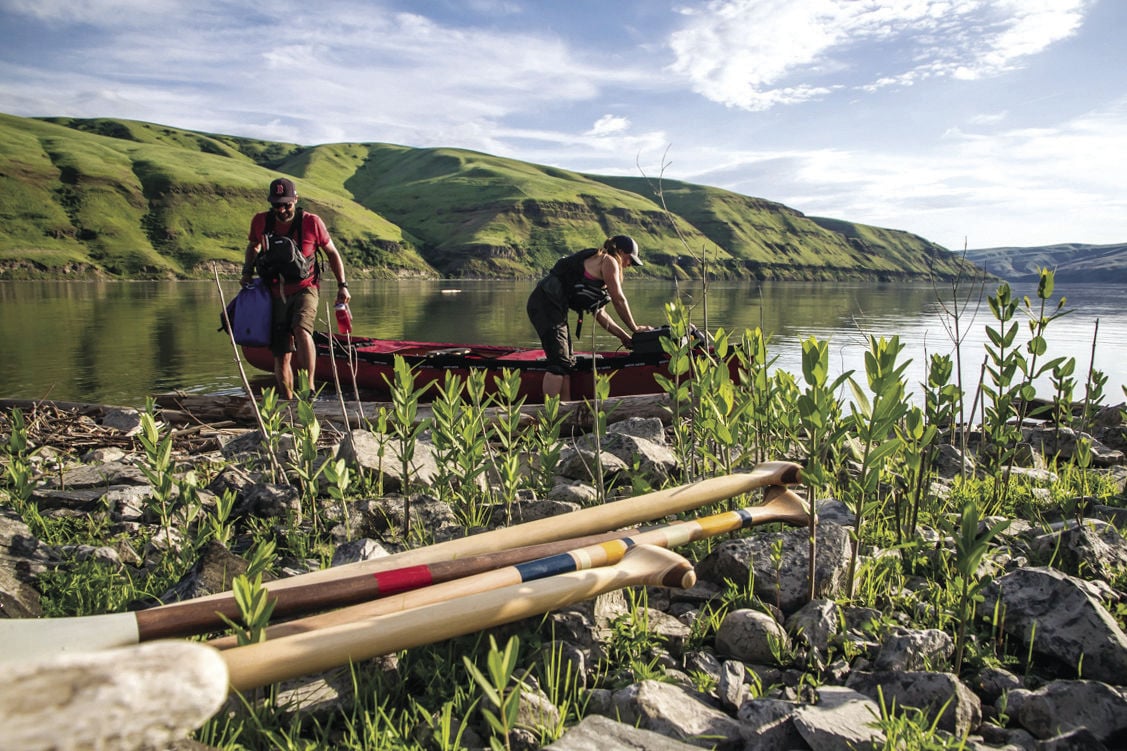 Martin Trahan and Jillian Brown exit their canoe Saturday along the Snake River. 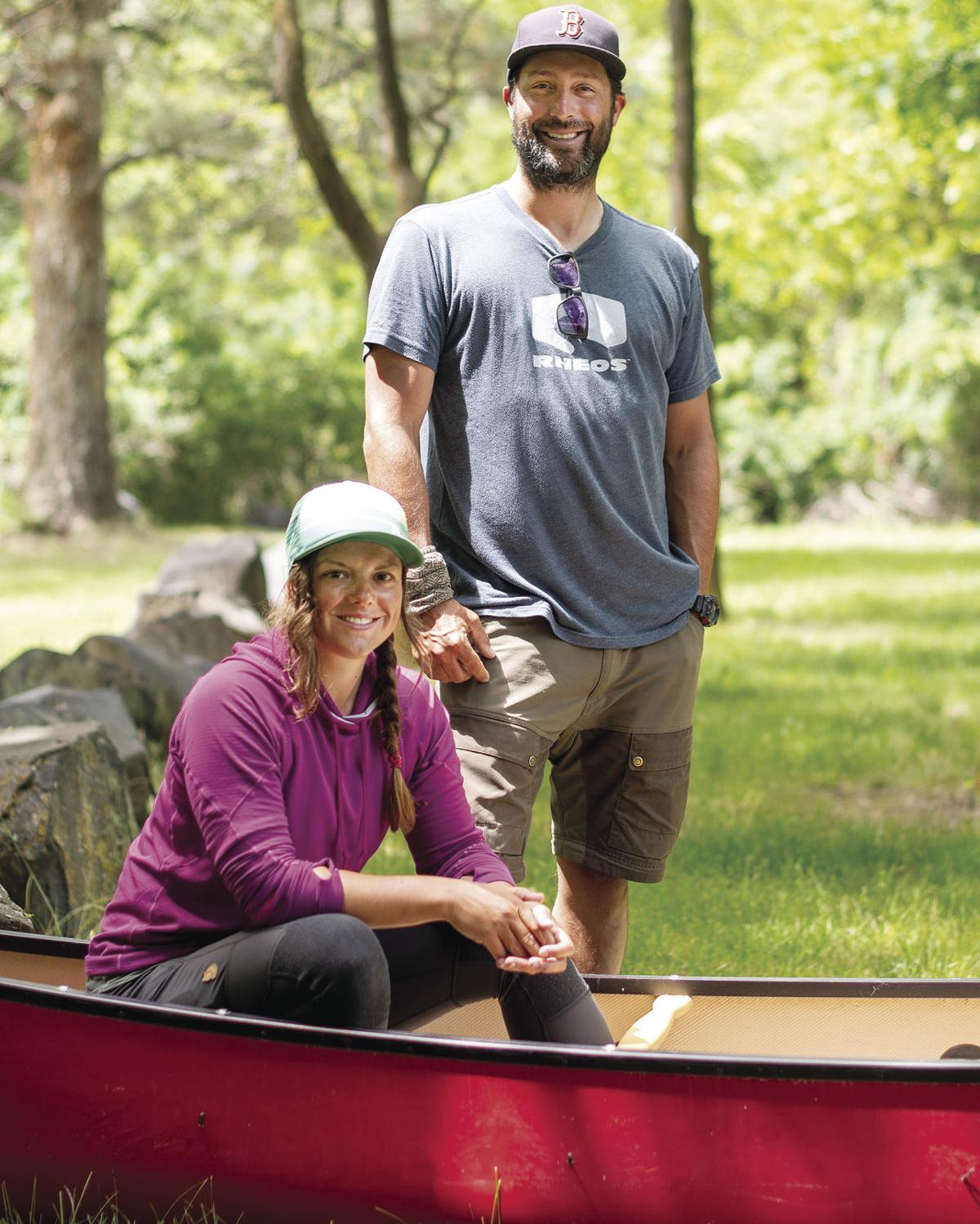 Jillian Brown and Martin Trahan pose for a photo Wednesday at Hells Gate State Park in Lewiston. The duo is traversing the continental United States via its rivers and a few of its roads this summer. 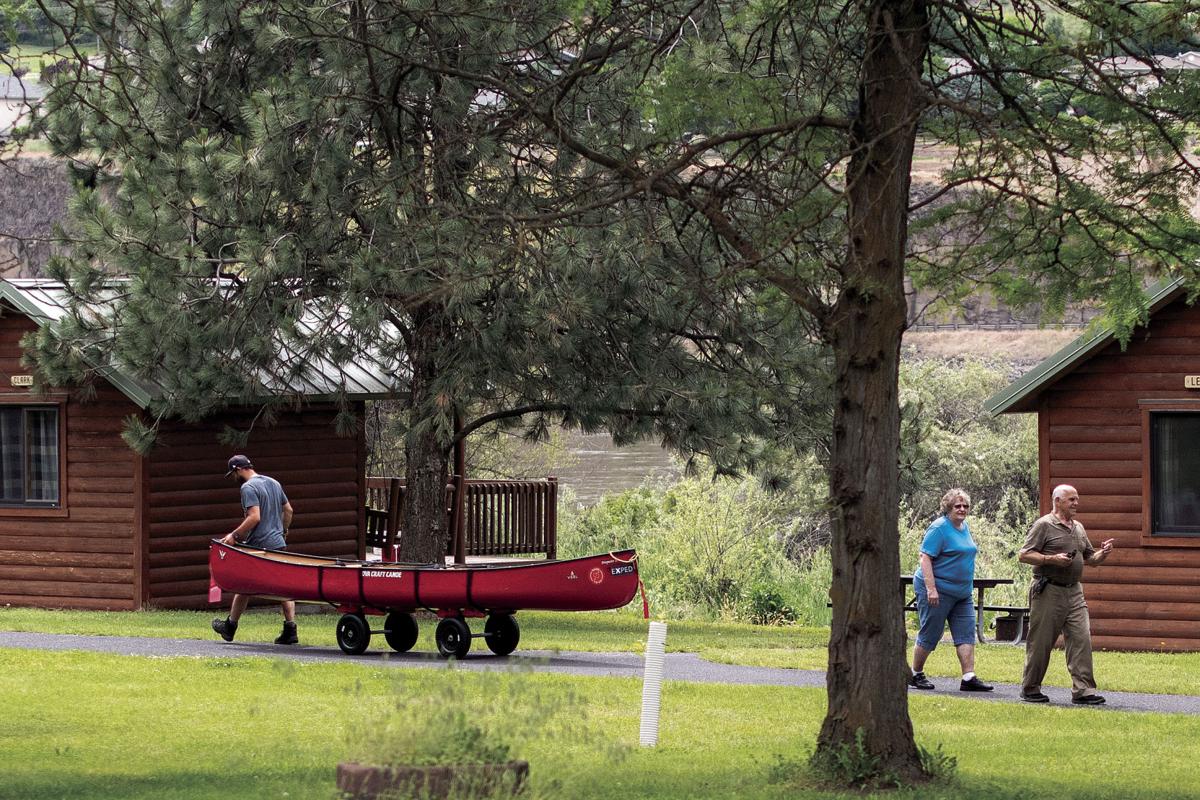 Jillian Brown and Martin Trahan laugh as they talk Wednesday about how they are getting to know each other as they begin their river journey across the United States while stopping at Hells Gate State Park in Lewiston.

Martin Trahan and Jillian Brown exit their canoe Saturday along the Snake River.

Jillian Brown and Martin Trahan pose for a photo Wednesday at Hells Gate State Park in Lewiston. The duo is traversing the continental United States via its rivers and a few of its roads this summer.

It's about to get harder.

The two Canadian adventurers are 26 days into a seven-month saga that will take them more than 4,700 miles from Astoria, Ore., to the Keys of Florida by canoe. They labored for 24 days against the high spring flows of the Columbia and Snake rivers to reach Lewiston.

"It was exhausting at times," said Brown. "But it was fun."

Along the way, they paddled past massive Steller and California sea lions that unnerved Trahan, and they had to sidestep rattlesnakes at their camps.

"It was my first time paddling with the sea lions, so I was in between super excited and super scared," said Trahan, a 37-year-old French Canadian social worker.

He asked Brown, a 30-year-old adventure photographer and writer from British Columbia, if the sea lions might swamp the canoe or otherwise harass them.

"She said 'Yeah it could happen.' So I just grabbed my paddle high to make sure I will not get bit, but it was super spectacular."

They portaged around the eight dams between Lewiston and the ocean. The walks were longer than expected. While researching the trip, Trahan talked to people with experience paddling on both rivers and was told because of the dams, the water was flat and largely calm. That advice didn't take the calendar into account or that the mountains that feed both rivers would be shedding winter snow. Nor did it account for the fact that large volumes of water would be spilled at the dams to aid juvenile salmon on their migration to the Pacific.

"The water level was really high. It was a surprise for us. The (spill) gates were wide open, so the current was really strong."

It was so strong they couldn't paddle as far as they planned before beginning the overland hikes, or portages, that would take them around all eight of the massive concrete and earthen barriers.

"Most of them were only supposed to be about a mile, but because the gates were wide open and the currents were so strong they ended up being a minimum of 4 or 5 miles - like quadruple the length we were expecting," Brown said.

A cart they used to wheel the canoe broke, adding to the difficulty.

"Nothing was easy," Trahan said.

But those 5-mile portages are but a bucket of water in the mighty Columbia compared to the one they embarked on Thursday. They left Lewiston and the definitive end of anything resembling slackwater on foot along U.S. Highway 12 tracing the Clearwater River and won't set the canoe in the water again until they reach the Missouri River near Helena, Mont. That is a distance of 375 miles and will include strenuous slogs over Lolo Pass and the Continental Divide.

Despite the daunting distance, the two were unfazed and looking forward to the trip that will eventually have them paddling with the current and down the Missouri to St. Louis. From there, they will ride the Mississippi River for a few days before heading up the Ohio River and then the Tennessee River to the Tombigbee River, which they will follow to Mobile Bay at Mobile, Ala., and the Gulf of Mexico. Finally, they will paddle along the Gulf Coast to the tip of Florida.

Neither are strangers to epic adventures. But they were to each other when they started on April 28.

"We met three days before going to Astoria. We had never even talked to each other on the phone," Brown said.

Four years ago, Trahan broke up with a girlfriend, sold his house and embarked on a six-month, 4,300-mile paddle across Canada.

"I thought it would be the expedition of a lifetime, but I just fell in love with it."

Two years later, he paddled the length of the Yukon River. Once Trahan reached the Bearing Sea, he started looking for his next trip and latched onto the idea of crossing America.

In addition to adventures in Canada and Alaska, Brown ran the Colorado River through the Grand Canyon in a tandem sea kayak and has written articles and published photographs in several magazines.

Trahan wanted to do the next trip with a partner and a photographer. He found Brown on Instagram.

"I loved her style of photography," he said. "The vibe was good."

So he recruited her through email.

"This is what I do. I'm an adventure photographer, so I don't really say no to anything," she said.

The fact that they didn't know each other added to the sense of adventure. Not only would the trip be physically demanding, but it would include an interesting social dynamic.

"I could hate this person, and we've got to be with each other for seven months," she thought.

It turns out they get along great.

"I couldn't have a better partner. We are both pretty relaxed," she said.

"She laughs at my jokes," he said. "My French accent doesn't seem to be an issue."

Meeting and getting to know other people has also been a fun part of the nascent journey. They've had strangers help them with portages and supplies, including a "surprise bag of beer." Some, like Tom Eier of Lewiston, a student of the Lewis and Clark Expedition, have helped with logistics. Eier drove Brown and Trahan on errands during their two days of rest here, including a trip to visit NRS, formerly known as Northwest River Supply, at Moscow, one of their sponsors.

"All the people we met since the beginning were amazing, generous, nice," Trahan said. "It's probably been the highlight so far of our expedition."

"Thomas has been introducing us to everyone and storing gear for us for months," Brown said.