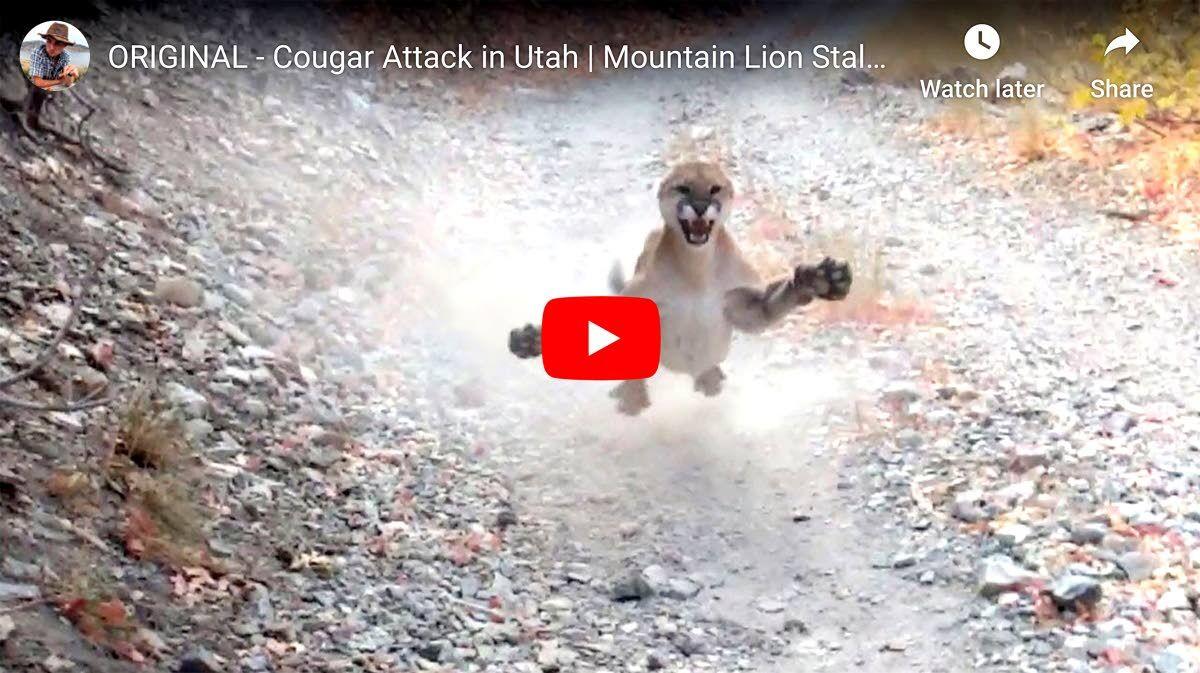 A screenshot from a viral video taken by Kyle Burgess Orem, Utah, shows the mother moutain lion that menanced him after he got too close to her kittens. 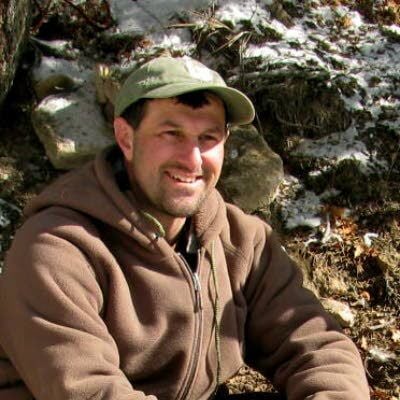 A screenshot from a viral video taken by Kyle Burgess Orem, Utah, shows the mother moutain lion that menanced him after he got too close to her kittens.

You’ve probably seen the video, formed an opinion about the reaction of Kyle Burgess and wondered how you would or should handle being charged by an angry mama mountain lion.

If you haven’t, the viral video of the Orem, Utah, man’s more than six-minute interaction with the lioness in the mountains of the Beehive State is available here: bit.ly/31bSbh5. (Warning: This video includes abundant use of profanity.)

Burgess was trail running recently when he rounded a corner and saw multiple mountain lion kittens in his path. The 26-year-old told the Deseret News he first thought they were bobcat kittens and didn’t immediately back off.

Moments later, their mother emerged. She was not pleased and menaced Burgess as he retreated but maintained eye contact with the cougar and variously yelled and talked at her. The cougar made several bluff charges at the man, hissed and snarled.

Wildlife professionals generally give Burgess high marks for keeping his head during the encounter.

“That young man did exactly what he should have done,” said Terry Thompson of the Idaho Department of Fish and Game at Jerome. “The really good thing he did is he did not turn around and run away. He kept facing the cat, which is what we encourage everyone to do. Make a lot of noise, make yourself look big, yell and scream. You have to give that kid a lot of credit, because that cat made several aggressive runs at him, and that had to just be a pretty frightening experience.”

Mark Elbroch, director of the Puma Program for Panthera.org, a wild cat conservation organization, also had high praise for Burgess but some nuanced critique as well. Elbroch recommends people view the video on a large screen to catch details he said are critical to understanding the interaction. With a bigger screen, viewers can more easily see one of the kittens that Elbroch describes as “clueless, tiny little balls of fur” dart toward Burgess.

“That sets the stage for why this female was as aggressive as she was,” he said. “This kitten is running at him. This is when the mother makes her entrance, and it’s a dramatic entrance. It’s an actual charge.”

It’s a situation Elbroch, of Port Angeles, Wash., has faced during his research, which includes work in the Teton Mountains of Wyoming and the Patagonia region of South America. He has purposely walked in on radio-collared mountain lions to record their reactions and detailed encounters by other researchers doing the same thing in a chapter of his book “The Cougar Conundrum: Sharing the World with a Successful Predator.”

It is in those first few moments of the encounter that Burgess really shined, Elbroch said. He yelled loudly and aggressively at the cat

“It’s his largest yell; it’s his most aggressive moment,” he said. “You can see when he yells, the cat pauses, the charge stops.”

It’s a perfect reaction that gives the cat pause and interrupts its concentration.

“What you should do with a cat that is being aggressive is be aggressive back,” Elbroch said.

He recommends people continue to yell and clap and make noise and give the animal the idea that you are a serious opponent.

“I take two steps toward them, and I yell and appear as large as I can,” he said. “You can use words, or if you are scared out of your wits use a primal scream. You want to be as loud and as aggressive as you can.”

“Kyle starts out well. He yells and does well, and then he stops and starts retreating, and of course the message to the cat is you win; you are in control. Backing off (early when the kittens were still near) is not a terrible idea, but what he was sort of communicating through the rest of the encounter was ‘I’m passive. I’m not going to threaten you.’ ”

Elbroch said that message encouraged the cat to continue, and it prolonged the encounter. He stressed that nothing in the video, as frightening as it looks, indicates the lioness had any intention of attacking.

“The entire six minutes is aggressive defensive behavior. There is no stalking, there is no hunting. This is not a cat that is in any way interested in eating Kyle,” he said. “That cat was clearly intervening between a potential threat and her very young kittens.”

Elbroch said the animal never progressed more than a few steps during the charges, and you can see her catch or check her forward momentum. She keeps her head up, her chest high and legs stiff, attempting, herself, to appear as large and threatening as possible. “The entire behavior on her part was to put the fear of God in this person, which she does.”

He said Burgess did well to continue to face the cat, and even if he didn’t yell throughout, he kept talking at it. But he also filmed the entire encounter and did a remarkable job of keeping the cat framed. Elbroch said that likely took some concentration and divided his attention between the screen of his phone and the cat, which gave her another cue to keep pressing forward.

Eventually, Burgess picks up a rock and hurls it at the cat.

“I think he could have picked up a weapon much earlier. He finally does pick up a rock and hits her, and boom she is gone,” he said. “If he had done that earlier, it would have ended earlier.”

He said throwing rocks, sticks, water bottles, anything at all, is another good move when encountering an aggressive mountain lion.

“It’s not so much that the rock hurt the cat; it’s about breaking her momentum or her focus. She has this idea in her head, and you just want to stop that idea,” he said. “It works because mountain lions don’t want anything to do with people, in general.”

Burgess told the Deseret News he was 7 miles into a 10-mile loop when the encounter happened. Rather than retrace all the ground he had already covered, he waited about half an hour, armed himself with a stick and more rocks and completed the final three miles without incident.

Mountain lions are part of the fauna of north central Idaho and southeastern Washington, even if they stay mostly hidden. While wildlife management agencies don’t have population estimates for the animals, they believe their numbers are healthy enough to support hunting in both states.

Both Elbroch and Thompson offered other advice. One of the top tips is to carry bear spray when in cougar country.

“Because of its name, people assume it’s just a bear deterrent, but it can be a mountain lion deterrent,” Thompson said. “In that situation, that cat came close enough that it could have very easily been sprayed with that type of canister.”

Elbroch noted, even at close range, it’s much easier to hit a target with a cloud of spray than it is to connect with a shot from a handgun.

Thompson also recommends people unplug and hike, bike or run without earphones so they can use their hearing as a defense.

“Wildlife will typically give some warning sign you are getting too close. If you are playing your music or whatever, you are taking away that sense of hearing.

“What you should do with a cat that is being aggressive is be aggressive back. ... I take two steps toward them, and I yell and appear as large as I can. You can use words, or if you are scared out of your wits use a primal scream. You want to be as loud and as aggressive as you can.”