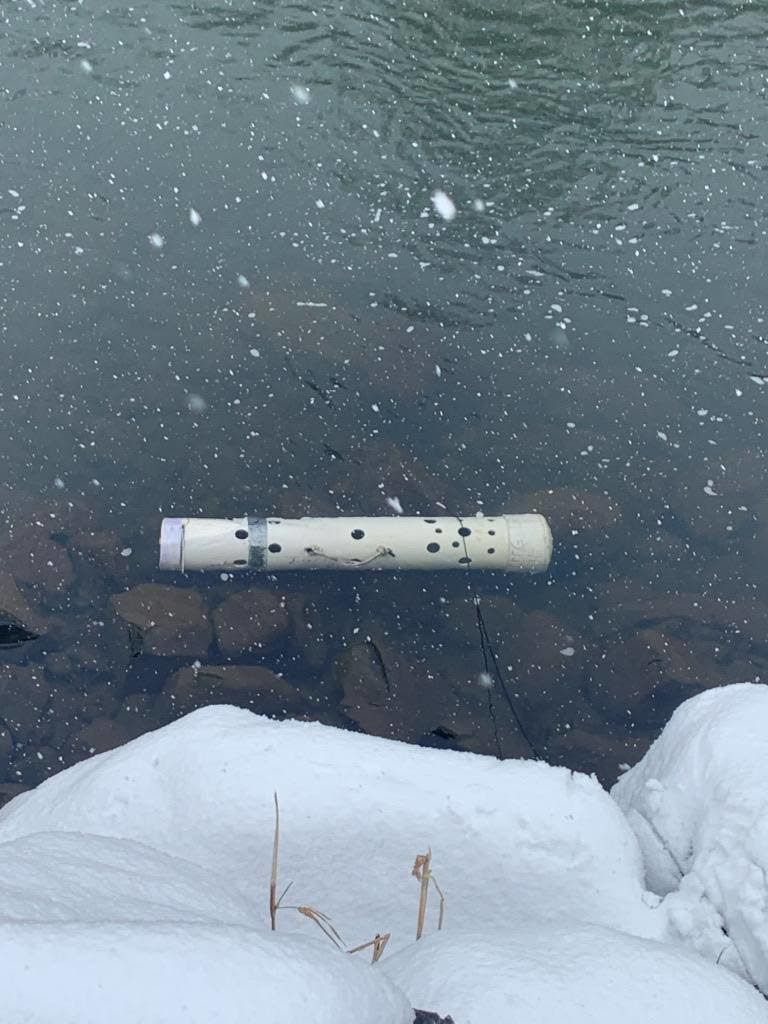 A PVC tube in the South Fork of the Clearwater River holds a steelhead caught by an angler. The fish will be transferred to Dworshak National Fish Hatchery for spawning. 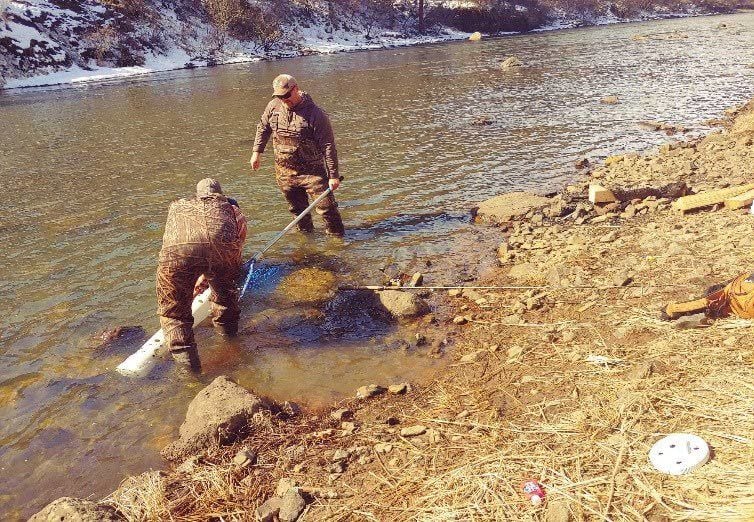 Anglers place a steelhead in a holding tube. The fish was later transferred to Dworshak National Fish Hatchery.

A PVC tube in the South Fork of the Clearwater River holds a steelhead caught by an angler. The fish will be transferred to Dworshak National Fish Hatchery for spawning.

Anglers place a steelhead in a holding tube. The fish was later transferred to Dworshak National Fish Hatchery.

The Idaho Department of Fish and Game has started its annual effort to enlist anglers to help collect steelhead from the South Fork of the Clearwater River for spawning at the Dworshak National Fish Hatchery.

The project is especially important this year because of low numbers of steelhead that have returned to the hatchery. Idaho’s fall steelhead fishing season on the Clearwater River and its tributaries was canceled because of low steelhead numbers. Fishing was partially re-opened last month after hatchery managers became confident they will meet spawning goals.

But that will depend in part on anglers using hook and line to catch steelhead from the South Fork. Each spring, anglers are enlisted in the program. They fish as they normally would, but those who participate place their catches in special PVC tubes and then place the tubes in the river. The fish are able to survive in the tubes until officials from the agency pick them up for transfer to the hatchery.

The department has enlisted anglers in the effort for about the past 10 years. The idea is to spawn the South Fork fish with each other and develop a broodstock that is homed in on the river and will return there at higher rates.

This year, however, hatchery managers need every fish they can get just to meeting spawning goals. And a large proportion of hatchery fish returning to the Clearwater Basin are bound for the South Fork, where there is no trap or weir to collect them.

Agency officials drive up and down the river seven days a week during the program, which is expected to last into April or until spawning targets are met.

To participate, anglers must sign up as volunteers. Fish and Game officials working in the program will carry sign-up sheets.