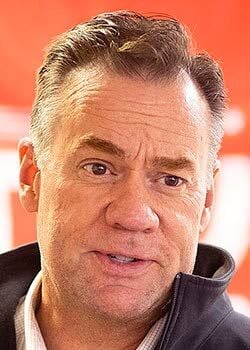 Idaho and other states grappling with chronic wasting disease could soon have some help from Congress.

The U.S. House of Representatives passed the Chronic Wasting Disease Research and Management Act on a 393-33 vote Wednesday. Idaho Republican congressmen Russ Fulcher and Mike Simpson voted for the bill.

The legislation directs the U.S. Department of Agriculture to establish a research and management program focused on the fatal neurological disease. It would commit $70 million annually to fighting the disease, with half going to research and half to states and tribes to assist with CWD monitoring and management activities.

“It’s a no-brainer. We are really glad our representatives feel the same way,” said Brian Brooks, executive director of the Idaho Wildlife Federation. “Now it’s on to the Senate and we are working to make sure our senators understand the importance of this.”

“This legislation has the federal government stepping up its responsibility for addressing CWD, giving state agency staff more support, focusing the scope of much-needed research, and educating the full spectrum of stakeholders — from hunters to the captive cervid industry — so that we are all accountable for advancing CWD solutions,” said Whit Fosburgh, president and CEO of the Theodore Roosevelt Conservation Partnership.

Chronic wasting disease recently was detected near Lucile in Game Management Unit 14. Although it is present in 27 other states and four Canadian provinces, the discovery near Lucile marked the first time the disease that affects deer, elk and moose had been found in Idaho.

On Tuesday, the Idaho Department of Fish and Game sold more than 500 special public land deer hunting tags as part of an effort to measure the prevalence and geographic distribution of the disease. Dozens of surveillance hunts are being held on both public and private land in and around Unit 14 that stretches from Cottonwood to Riggins. Private land tag sales, which require hunters to have documented landowner permission prior to purchase, went on sale Wednesday.

In total, more than 1,500 tags will be offered for sale and Fish and Game officials hope to collect nearly 800 samples from mule and whitetail deer.

More information on Idaho’s response to the disease is available at idfg.idaho.gov/cwd.