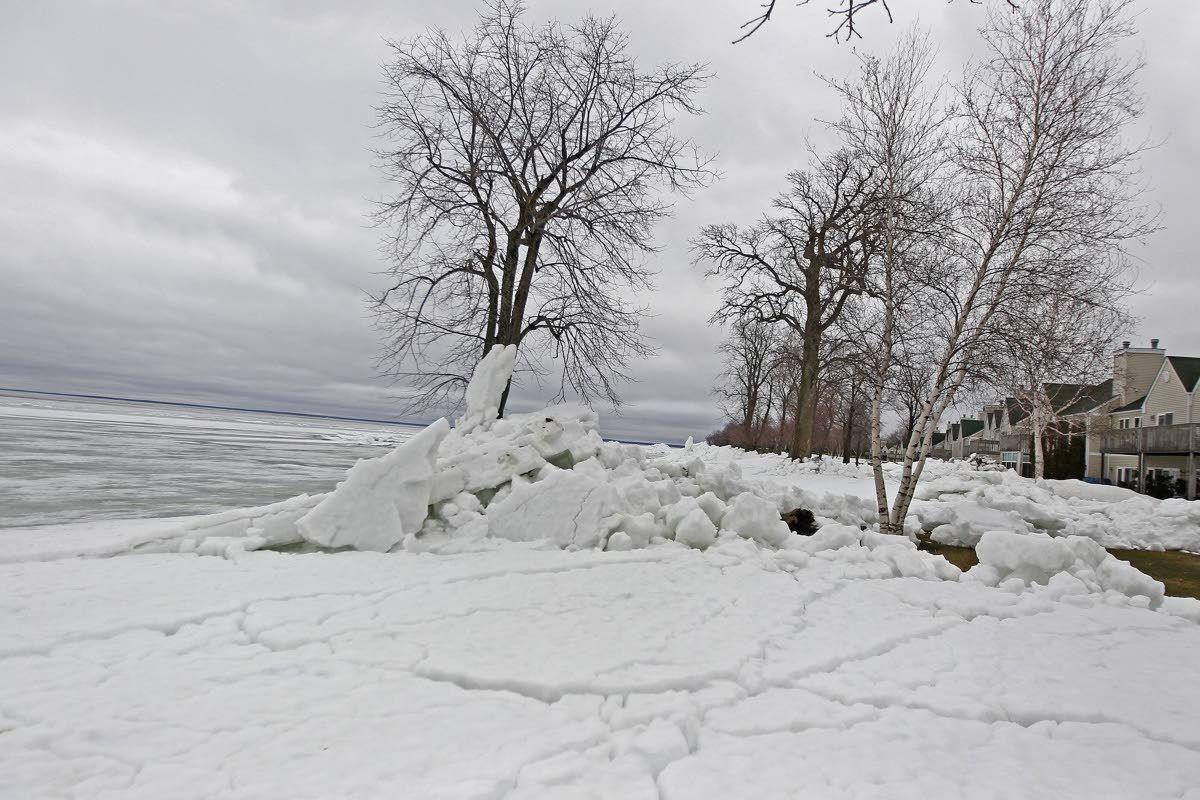 Ice sweeps onto the shore in spring 2014 on Izaty’s Resort in Lake Mille Lacs in Onamia, Minn. 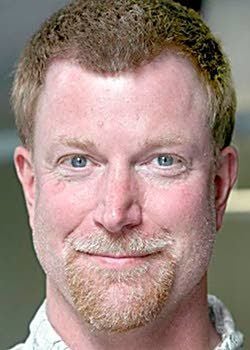 Ice sweeps onto the shore in spring 2014 on Izaty’s Resort in Lake Mille Lacs in Onamia, Minn.

I woke that night to the sound of thunder. How far off, I wondered?

Then I rubbed my eyes and realized that the temperature outside was barely above zero, and it was a starry night in December.

It wasn’t thunder I was hearing from the warm cabin bed, of course. It was Lac Du Bois, growling.

The lake was making ice and making almost constant clatter. It was a distant rumbling coming from somewhere out past the nearest islands, out on the bigger water, like an approaching storm that never arrives.

Most Northlanders who spend time outdoors know that winter lake ice can be a noisy place. There are cracks and groans and sometimes pops, and, on occasion, a sound so loud it’s like a rifle shot fired next to your ear.

I’ve been in sleeper ice houses on Mille Lacs and Lake of the Woods and Upper Red (the proposition of which sends shivers up the spines of some southern folks) when these sounds have come in the middle of the night. Nothing will send you hopping out of a sleeping bag faster than a deafening crack, starting off in the distance, that races right past your ice shanty and off in the other direction. There can be 3 feet of ice below you, but you still don’t fully trust it. You just hope the ice doesn’t actually divide and yaw and swallow you up, which it hardly ever does.

The day after my middle-of-the-night awakening, I was fishing on top of about 10 inches of good, clear early-December ice. The lake made different sounds during the day. More crunching, sharper, shorter and not as rumbling. Except early one sunny afternoon when I thought I heard a high-flying jet, or maybe rush of wind, approaching from the southwest. But the jet was in fact another ice noise that raced from south to north, seemingly a mile or more to my west. It lasted maybe 15 seconds. I could feel the ice shaking. The water in my fishing hole jostled. I can’t imagine what that “jet” might have looked like, or sounded like, up close.

Sometimes the loud noises are accompanied by a visible crack, bulge or even pressure ridge in the ice where two plates of ice collide, and one rides up on the other, like a fault line at an earthquake hotspot. Other times there’s no evidence at all of what happened to make the noise.

But what is actually happening down there?

The experts say lake ice expands and contracts with temperature changes, especially on deep-freeze nights as the temperature drops fast. But it can happen on a sunny day, too, as things warm up fast. This movement can result in cracking. The cracking generates the noise.

“That creates an enormous amount of pressure, then something gives way, and that’s what causes the noise,” Downing said.

Downing said ice covers a lake like the skin of a drum, and any noise from along that skin is amplified. Sometimes it comes in a booming, bass drum sort of way, sometimes like a snare drum crack.

“I was over at our family cabin in Itasca County over the weekend and was hearing some really strange, zinging noises from the ice. It was really unusual,” Downing said, adding that wind can also transfer strong pressure onto ice even when it’s locked in tight to shore.

“Wind can cause some major pressure ridges, and ice noises, even if there’s no real opening in the ice,” he said.

How lakes freeze to begin with, to me, is fascinating in itself. One day, after the air temperature has been below freezing for some time, the water temperature drops from above freezing to the freezing mark. And when a frothy, wave-strewn lake eventually calms enough, you get spontaneous nucleation: The water molecules on top turn to ice all on their own.

The scientists tell me that while cool water, say 40 degrees or so, is more dense and sinks, the coldest water in the lake actually becomes less dense as it drops to 32 degrees and turns into ice, and thus that coldest water floats on top of the warmer water below. This is why lake ice builds almost continuously from the top down, as long as the air temperature above it is below freezing.

After that initial freeze-over, how much ice keeps forming depends on conditions above the ice. If the air temperature is 32 degrees, there is no wind and the sky is clear, experts say about one-third inch of ice will form overnight as a result of radiational cooling alone. If the sky is cloudy, the temperature will have to drop to about 7 degrees to get that same one-third inch of ice in 12 hours. Clear, below-zero nights spur the most ice buildup.

Shallower, smaller lakes freeze faster because water near shore contains less heat than deeper water and gets to that freezing point faster. That’s why some of the biggest Northland lakes with the deepest, coolest water in summer are often among the last to freeze come winter.

Eventually, on that starry night, I got used to the lake growling and fell back asleep. But it makes you wonder what’s going on out there, in the dark, as spontaneous nucleation is occurring.

Ain’t it funny how the ice moves?